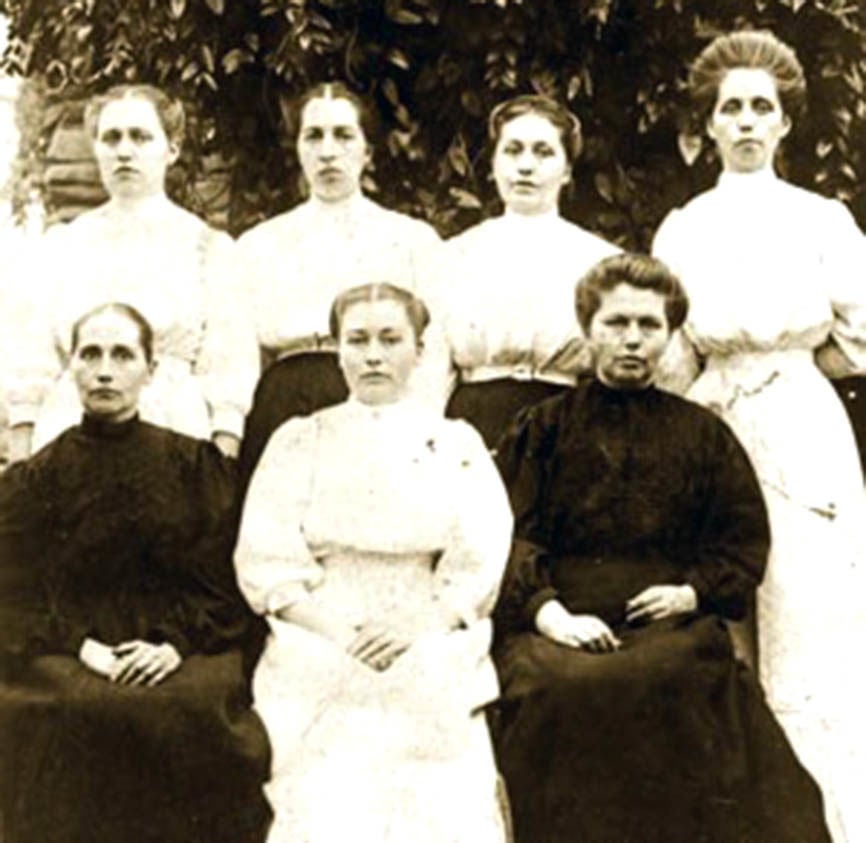 The seven daughters of John and Margaret Jane (King) Walker: front row, from left: Margaret, Louisa, and Polly. In back, from left: Hettie, Martha, Nancy, and Caroline. Photo taken in 1909. In the late 1950s, we visited Margaret and Louisa, the last two sisters living at the homeplace. 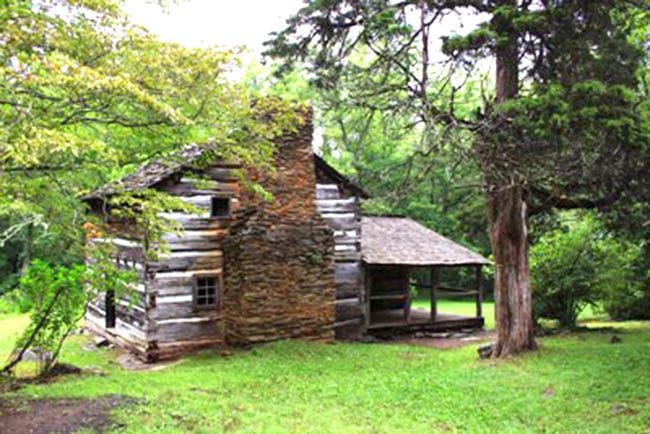 The Civil-War era log home of the Walker family in Little Greenbrier.

The seven daughters of John and Margaret Jane (King) Walker: front row, from left: Margaret, Louisa, and Polly. In back, from left: Hettie, Martha, Nancy, and Caroline. Photo taken in 1909. In the late 1950s, we visited Margaret and Louisa, the last two sisters living at the homeplace.

The Civil-War era log home of the Walker family in Little Greenbrier.

My mother was a devoted fan of educational trips, usually within a day’s driving distance from our Newport home.

Ironically she herself did not drive, but my dad was usually up for an adventure too, and off we went.

In the 1960s, only three of the seven daughters born to John and Margaret Jane (King) Walker were still living (there were also four boys).

John was a Union veteran of the Civil War. In 1866, he returned home and later married Margaret Jane. The pair set up housekeeping in Little Greenbrier Cove. Over the years, the Walkers expanded their holdings. They lived in a log home, which still stands, and added numerous other buildings—barns, cribs, an apple barn, a blacksmith shop, and a spring house. Like most families of the era, they grew nearly everything they needed.

John also made furniture, planted orchards, and raised all sorts of livestock.

In an era of high infant mortality rates, all eleven of the Walker children grew to adulthood. The seven Walker sisters were Margaret, Polly, Martha, Nancy, Louisa, Sarah Caroline, and Hettie. Only one of the girls, Sarah Caroline, married and left home. The others remained in Little Greenbrier and, following their father’s death in 1921, inherited “the place.” Ten years later, Nancy died, leaving five sisters to feed and clothe themselves, raise the livestock, and keep their homestead going.

By this time, Great Smoky Mountains National Park was in the process of being established and hundreds of families were forced to sell nearly 500,000 acres to the government and move elsewhere.

A few families, including the five Walker sisters, held out. Finally, in 1940, after President Franklin Roosevelt officially dedicated the Park, the sisters received $4,750 for their 122-acre farm and permission to live out the rest of their lives at their home through a lifetime lease.

However, this agreement had rigid guidelines. They could no longer hunt, fish, cut wood, or graze livestock within the park boundaries.

The sisters developed quite a lucrative business selling handmade items to the tourists, items such as fried pies and hand-sewn or crocheted pieces. They really hit the big time in April 1946 when the Saturday Evening Post featured them in an article.

By 1951, only two sisters, Margaret and Louisa, remained, Polly, Hettie, and Martha having died. Following Martha’s death in 1951, the living sisters sought permission from the Park Superintendent to remove a sign reading “Visitors Welcome,” explaining their increasing age was taking its toll. By now Margaret was 82 and Louisa was 70.

I don’t guess I’ll ever know how my mom learned about the Walker sisters or why she made a decision for us to go visit them.

This would have been about 1958 or 1959, for I remember we traveled in our 1954 Buick Roadmaster and the trip from Wilsonville to Little Greenbrier seemed to take days upon days.

Upon our arrival, I remember the sisters greeting us outside. They had no electricity, of course. It was in the fall of the year and they were shelling corn by hand to make hominy. I was delighted when they allowed me to sit in a straight-back chair, perhaps made by their father, and take a turn at shelling the corn into a metal dishpan.

They also took me inside their cabin!

It was quite dim, of course, but as young as I was, I instinctively knew I was in a special place. I can still remember how clean everything was and the sparse furnishings—all handmade, of course.

The old ladies were very kind to a little boy.

By this time, Margaret was pushing 90 and Louisa was around 80 or so. I didn’t understand under much later that Margaret was born shortly after the Civil War!

After our visit with the remaining Walker sisters, we loaded up in our Buick and returned home. It’s been around sixty years since that day, but I’m so glad I still have clear memories of meeting these two remarkable women.

OPPORTUNITY TO OWN PROPERTY ON THE 2ND MOST USED EXIT IN THE STATE OF TENNESSEE !!!