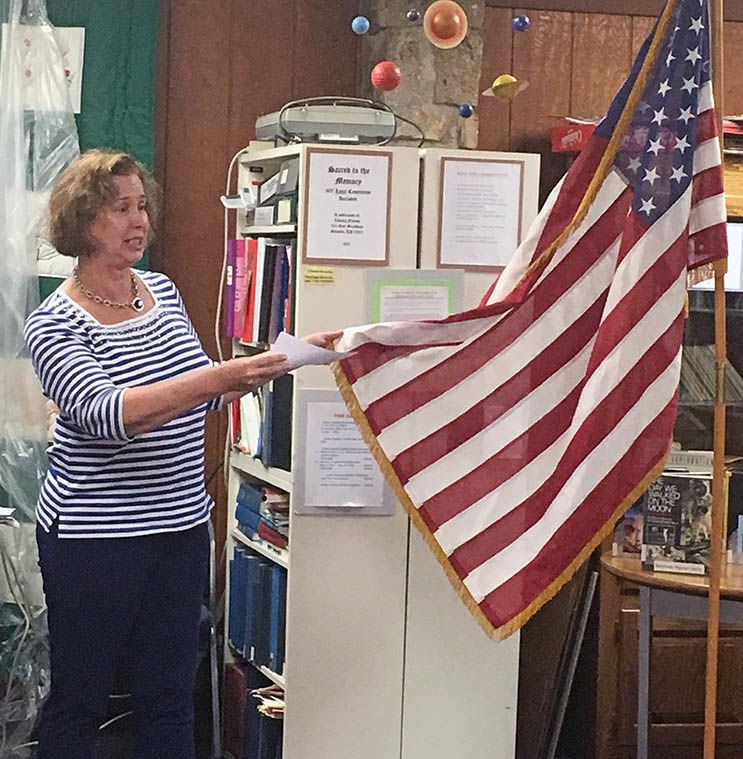 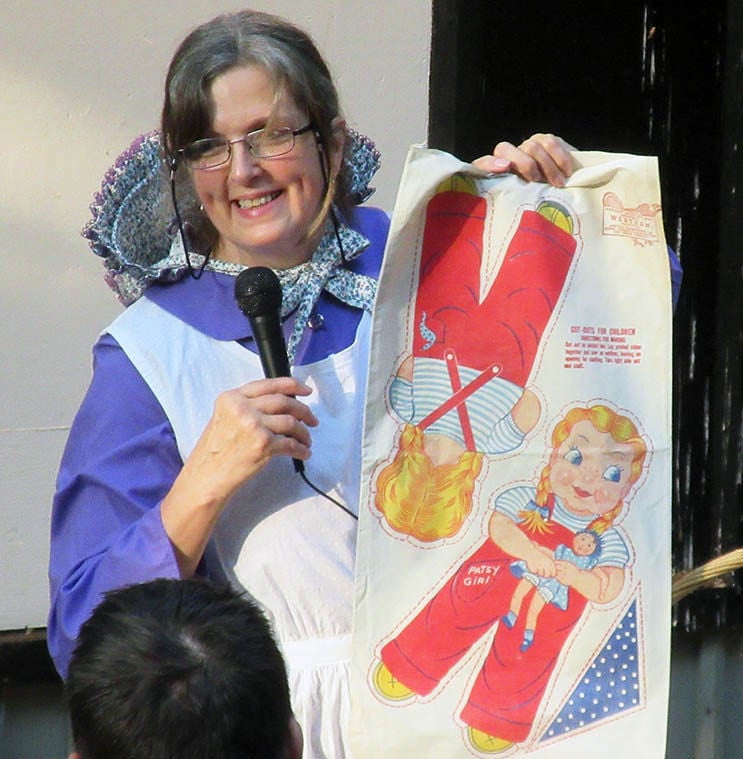 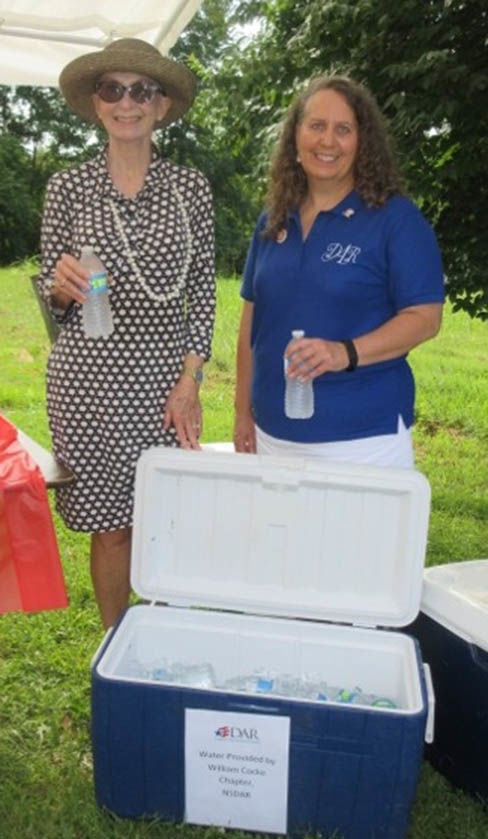 The summer of 2019 has seen members of William Cocke Chapter, NSDAR busy as a hive of bees with their participation in numerous events across Cocke County.

All veterans in attendance were personally recognized and given a small American flag in appreciation of their service. At the Tritt and McMahan ‘Mack’ Cemeteries, flags were placed on the graves of veterans.

Following this salute to veterans, the members then traveled to Parrott-Larue-Myers Park in Parrottsville for their annual Flag Day picnic. Duay O’Neil presented a short program on the life of Betsy Ross.

William Cocke DAR members continued their summer of veterans recognition by attending the unveiling of the mural at the DAV post on the morning of July 4. Here they presented water to veterans and their families in attendance.

They continued their busy day by participating in the Parrottsville Fourth of July parade. Using their creative energy, they decorated a golf cart in a patriotic theme. Some members rode in the cart while others walked the parade route handing out flags to veterans and candy to children.

On July 5, several chapter members continued a summer of veterans recognition by returning to GSMNP Cosby Campground to join the family of the late Ella V. Costner in celebrating her life. Five veterans in attendance, including three Costner family members, received Quilts of Valor.

On July 26, chapter member Judy McGaha presented a program on the loom to those attending yet another program at GSMNP Cosby Campground in celebration of the area’s history. The highlighted focus of preservation motivated those in attendance to document stories and artifacts with their own families.

The chapter also prepared a beautiful booth at the Cocke County Fair to share their history and story with the public.

They also attended a state planning session with newly-elected State Regent Cecile Wimberley. Local members Martha Murray and Shelia Evans are serving on different committees for the new TSDAR administration. Evans is serving as Vice-Chair on the National Committee of Historic Preservation and Murray will serve as Vice-Chair on the Tennessee State Committee for Tennessee History.

Looking ahead, chapter members are preparing to attend a workshop in Maryville and will once again host a Bell Ringing ceremony in celebration of Constitution Week in September.

The chapter’s next meeting will be Sept. 14 at the Cocke County School System Central Office. Anyone interested in learning more about the chapter should contact Regent Sharon Nease at 423-623-4116.