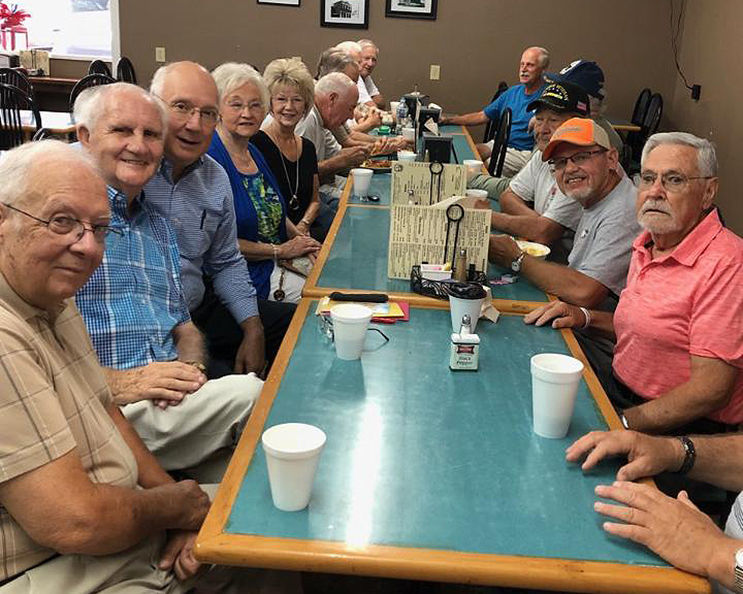 Dean Williams, second from left, turned 85 recently and was honored with a party at East Tennessee Coffee Company. 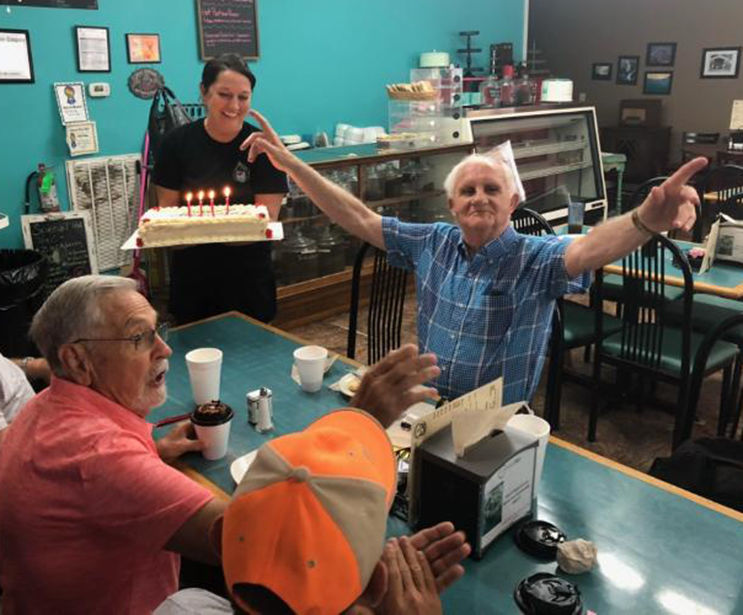 Dean Williams, second from left, turned 85 recently and was honored with a party at East Tennessee Coffee Company.

One of Newport’s most beloved citizens marked a special birthday recently.

Dean Williams turned 85 on Aug. 27 and his “breakfast buddies” at East Tennessee Coffee Company honored him with a party.

Williams was born barely across the Cocke-Sevier County line in 1934, the youngest child of Arthur and Bessie (Hicks) Williams. He has one living sibling, Marjorie Williams Templin Webb, who resides in the Bogard community. Twins Hollis and Ellis Williams, sister Kate (Williams) Huff, and brother Dib Williams are all deceased.

Dean’s schooling began at Sunset Gap under the watchful eye of Miss Sarah Cochrane. Following his graduation from Cosby High School, he entered East Tennessee State College (now University) where he earned his BS degree in business administration. He also enrolled in the school’s ROTC program and received a commission in the US Army’s quartermaster corps. Upon his discharge, he spent additional time serving his country in the National Guard.

Williams began his work during a flurry of industrial growth in Cocke County. In June of 1960, after working for Detroit Gasket, he joined the Rock Hill Research Laboratory and worked there nearly ten years. Then he moved to Chemetron (later Arapaho) and stayed there until 1984 when he joined Bush Brothers as a member of their corporate level personnel management team, a job he held until his retirement in 1997.

But retirement and Dean didn’t “gee”, as the saying goes, and in November of 1997, he accepted a job as interim coordinator of the Newport/Cocke County Economic Development Commission, working tirelessly to promote the betterment of Cocke County.

He’s also served Cocke County in many other ways, including a half-century of time with the Newport Kiwanis Club, a stint as a CLB member from the Sixth District, and a member of the first Cocke County Leadership Class.

His worship history began at Sevier County’s New Salem Baptist Church, but in 1961 he joined Newport’s First Baptist Church where his time as a Sunday school teacher is legendary.

In December of 1957 he married Alice LaVonne Thornton and the couple had two children: Chris and Amy. Following Alice’s death, he married Carolyn (Fox) Layman, the mother of Sharon.