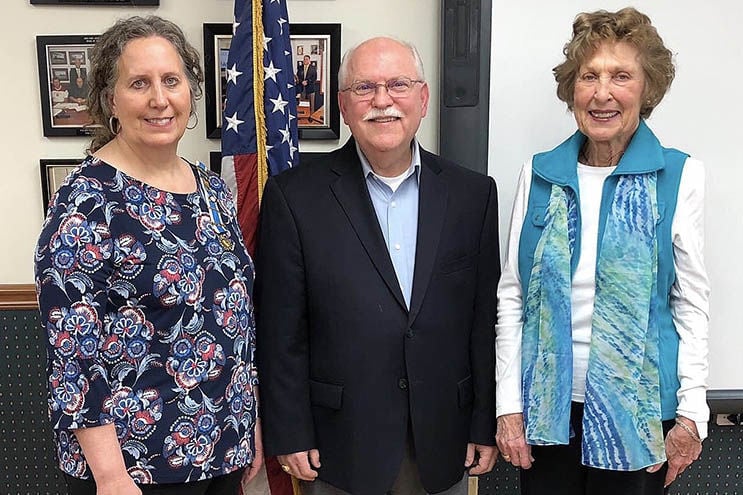 Dr. Steve Davidson brought the program to members of William Cocke Chapter DAR on Saturday, Jan. 11, 2020, for their first meeting of the year.

Davidson spoke on literacy and emphasized the term includes more than the ability to read and write. Davidson, a retired educator, musician, singer, and writer, said literacy really focuses on the ability to comprehend and understand what is read, written, and spoken. He explored how early childhood exposure to books and conversation gives children an advantage in their development and helps them to become functionally literate.

Prior to Davidson’s program, members opened the meeting with prayer and recitation of the Pledge of Allegiance. They also reviewed the DAR motto “God, Home, and Country” and the 2019-2022 theme: “Rise and Shine for America.”

During the group’s business session, updates and committee reports were given and announcement was made of the upcoming George Washington Luncheon on Feb. 22, 2020, in Knoxville. Also announced was the Tennessee NSDAR state conference in April. William Cocke Regent Sharon Nease and other members will be attending.

Nease brought a quilt made by her grandmother for display at the meeting.

It was announced that the application of Ms. Walker for membership had been approved and a new potential member, Melissa Rogers, was introduced.

New potential members are welcome. Anyone whose ancestor may have provided a service or was enlisted in the military during the American Revolution is eligible for membership. For more information about establishing your eligibility for membership, contact Regent Sharon Nease at 423-623-4116 or email sharon.nease123@gmail.com.