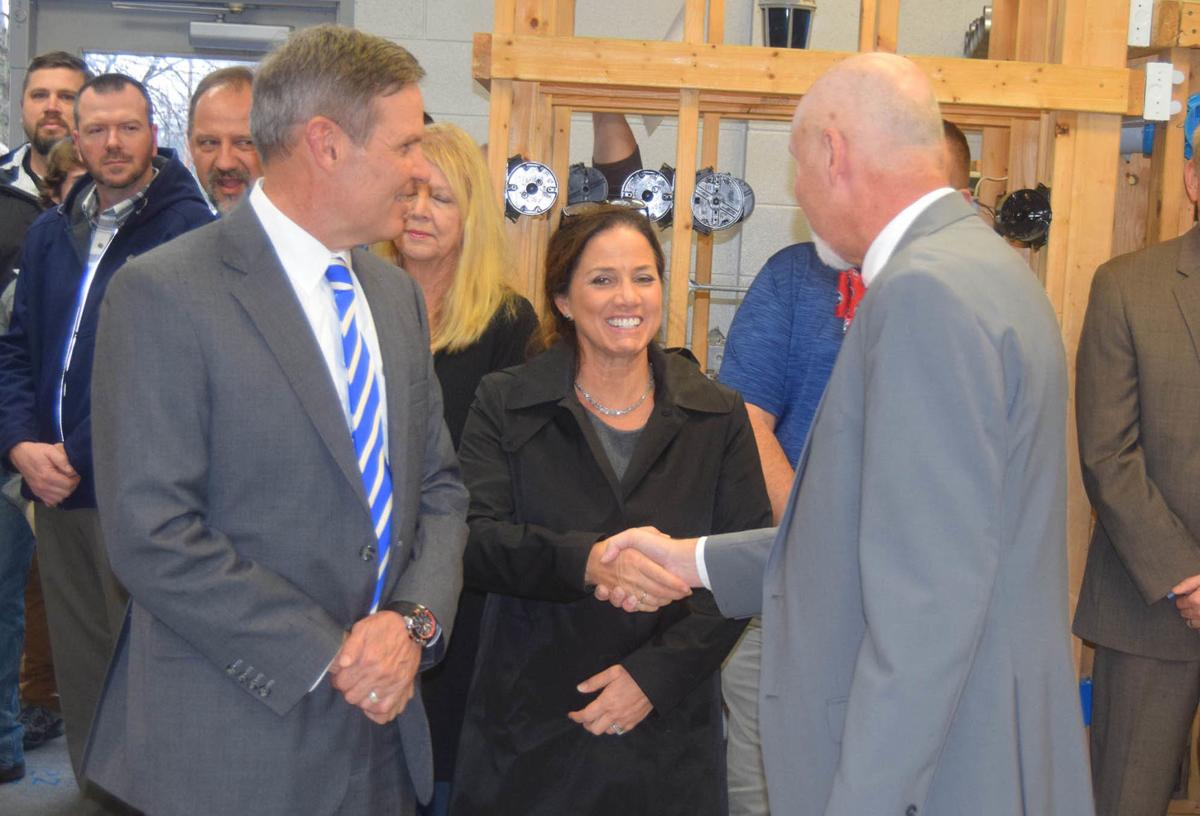 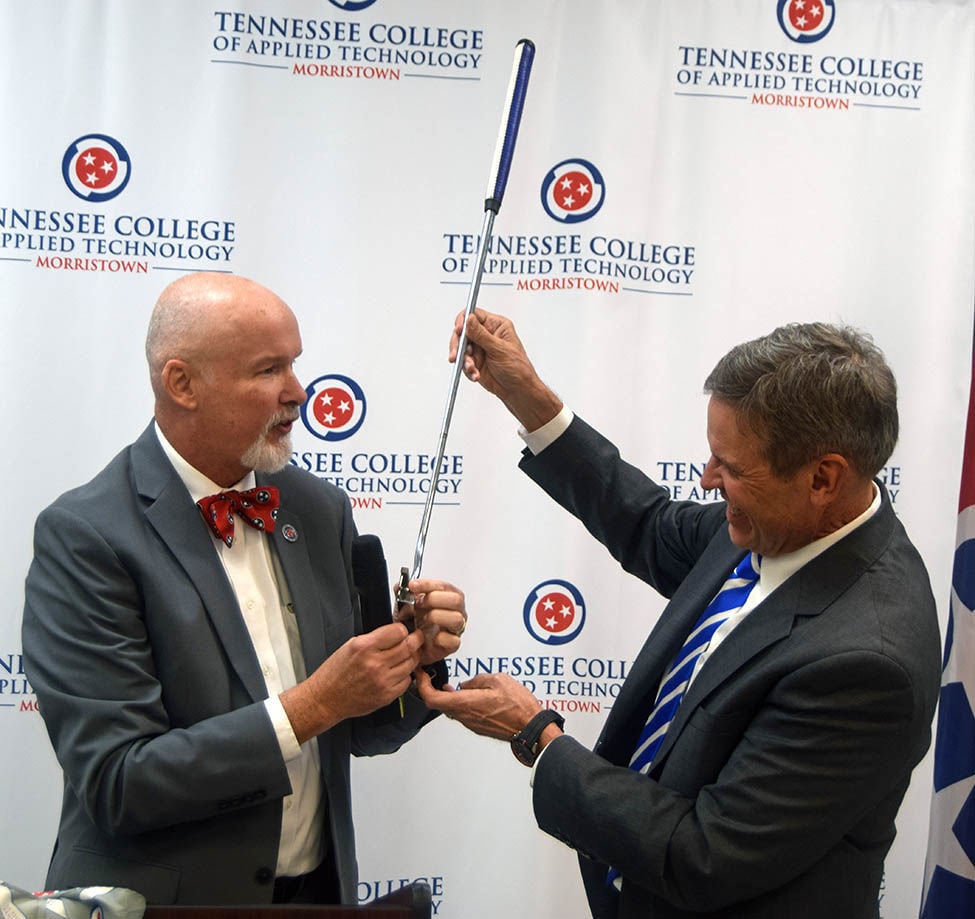 Students at Tennessee College of Applied Technology fashioned a special putter with a Tennessee design recently. On Friday, Jan. 3, TCAT President Jerry Young presented Gov. Bill Lee with one of the special clubs. 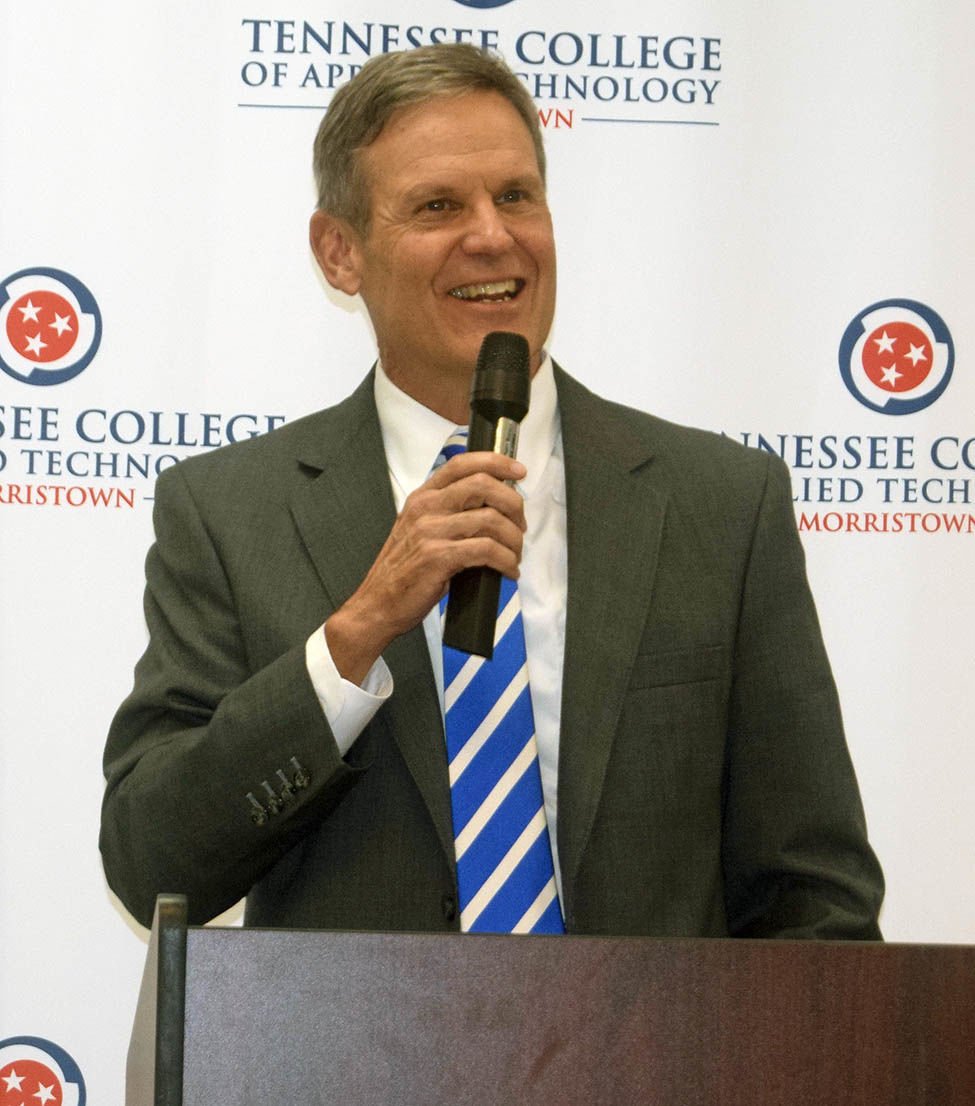 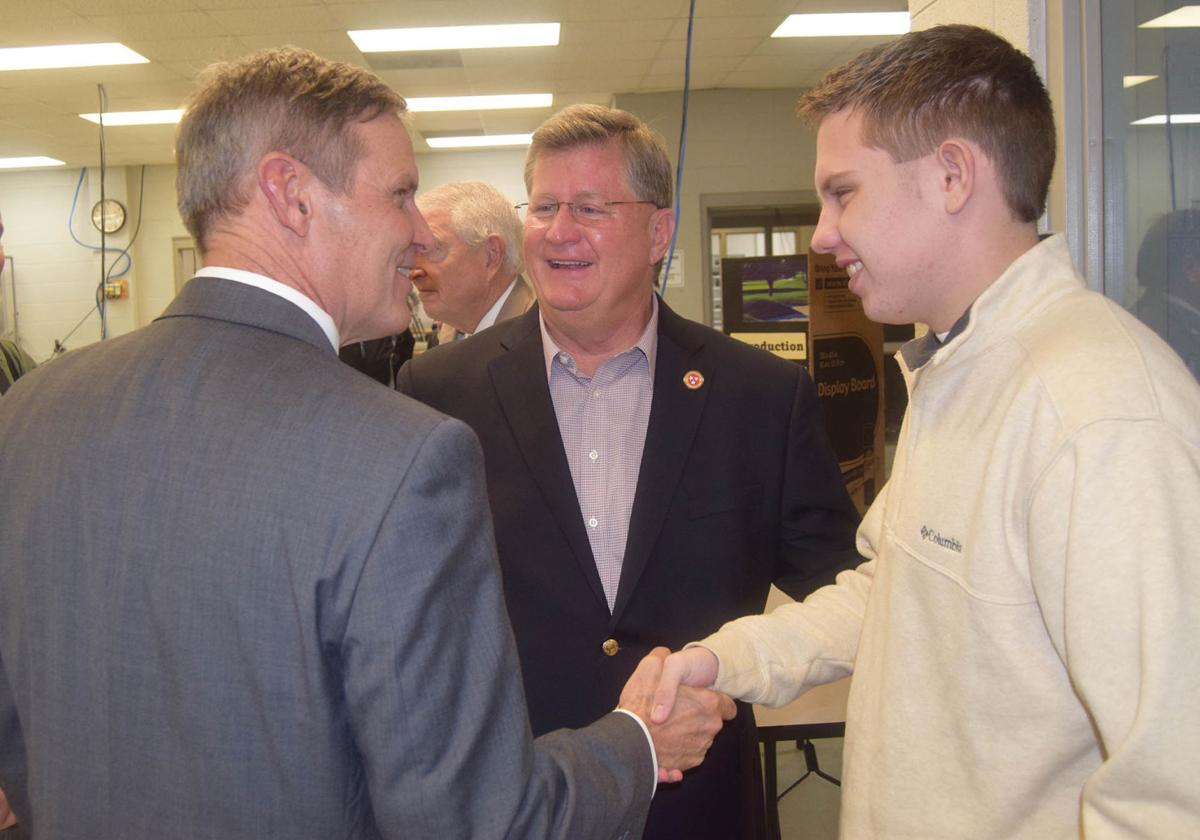 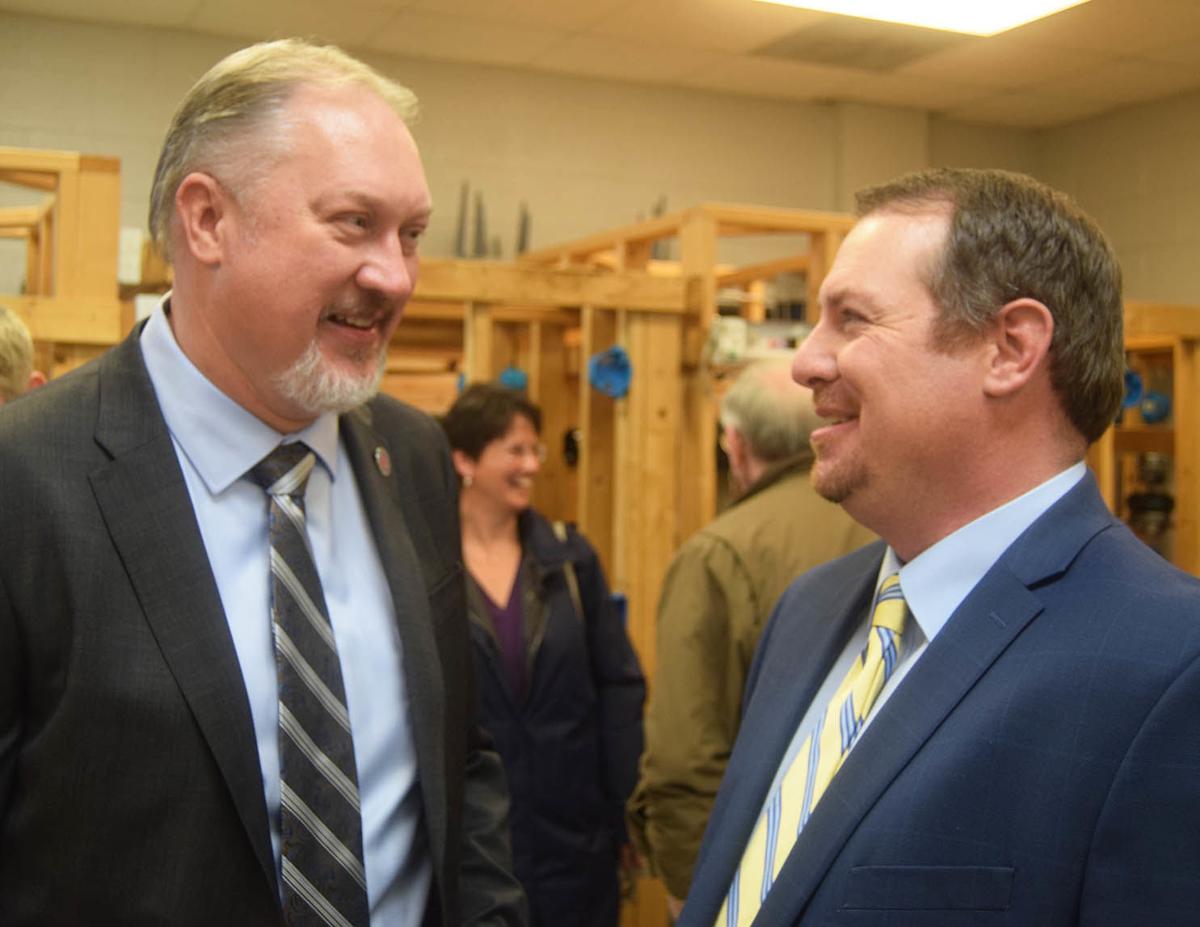 Students at Tennessee College of Applied Technology fashioned a special putter with a Tennessee design recently. On Friday, Jan. 3, TCAT President Jerry Young presented Gov. Bill Lee with one of the special clubs.

NEWPORT—Students in the Cosby and Cocke County High Schools vocational programs will be among those benefiting from a million dollar grant from Tennessee.

On Friday, Jan. 3, 2020, Gov. Lee visited TCAT and toured the facility. In a short address to a room filled with local political, industrial, and educational leaders, Lee said, “I was in a different business until last year. For 35 years I have known we need to strengthen our vocational training programs. At times we desperately needed qualified workers and couldn’t find them. I vowed when I began Tennessee’s governor to make a difference.”

Lee noted, “We have paths for academically gifted kids and now we have paths for kids who are gifted in other ways, paths that will lead them to strong careers. When we all come together, we solve problems. You will create examples to take to other regions in Tennessee.”

The Morristown school is one of 28 selected for state funds through Gov. Lee’s Investment in Vocational Education (GIVE) program which priorities learning opportunities in rural counties, such as Cocke.

Chris Edmonds, TCAT’s Business and Industry Coordinator, was highly responsible for writing the grant and said, “The GIVE Grant will continue the work that began with our LEAP 1.0 and 2.0 grants. Focusing on what our regional manufacturing partners identified as the most critical technical skills they need to stay competitive. Educating students about the career opportunities, outlining the pathway to a career, and then providing the resources and training to obtain the required skill sets for the multitude of high paying jobs that exist throughout the region will forever change a life for the better.”

The TCAT program has been developed in partnership with seven East Tennessee Counties and eight school systems.

In addition to Cocke County, Grainger, Greene, Hamblen, Hawkins, Hancock, and Jefferson Counties have worked with TCAT for several years, along with numerous area industries, such as Mahle and Clayton Homes.

According to Edmonds, representatives of these regional manufacturing employers identified their workforce needs during a series of meetings and in a detailed employer survey.

“I would like to say that the success of this proposal is a direct result of the support and guidance we received from our regional manufacturing partners and the close collaboration received from the CTE Directors in our eight partnering school systems,” Edmonds added. “It was an absolute pleasure to work on this proposal with such a wise and dedicated group of professionals.”

TCAT President Jerry Young, in introducing Gov. Lee, said, “We have had a Merry Christmas as the recipient of this grant and look forward to a great New Year.”