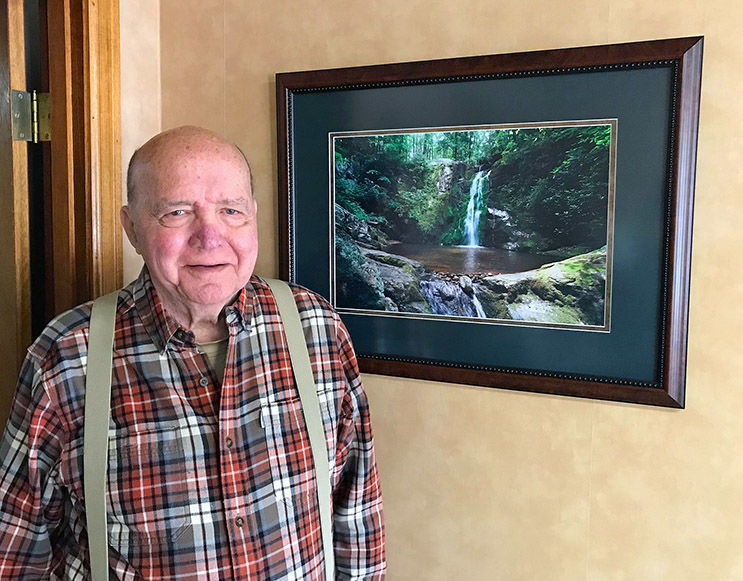 Fred Myers stands next to his favorite color photo on his office wall in Newport; a photographer friend from Morristown made the photo. 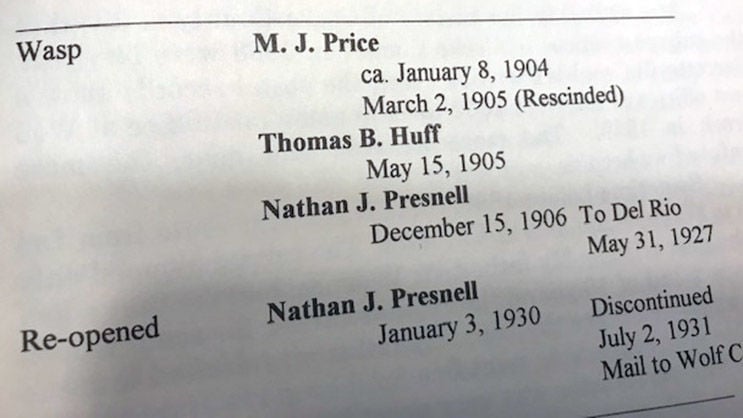 This is a list of Wasp Post Office, Tenn. postmasters. Nathan Presnell seems to be the last postmaster in 1931. The community slowly went quiet and disappeared during the Great Depression. 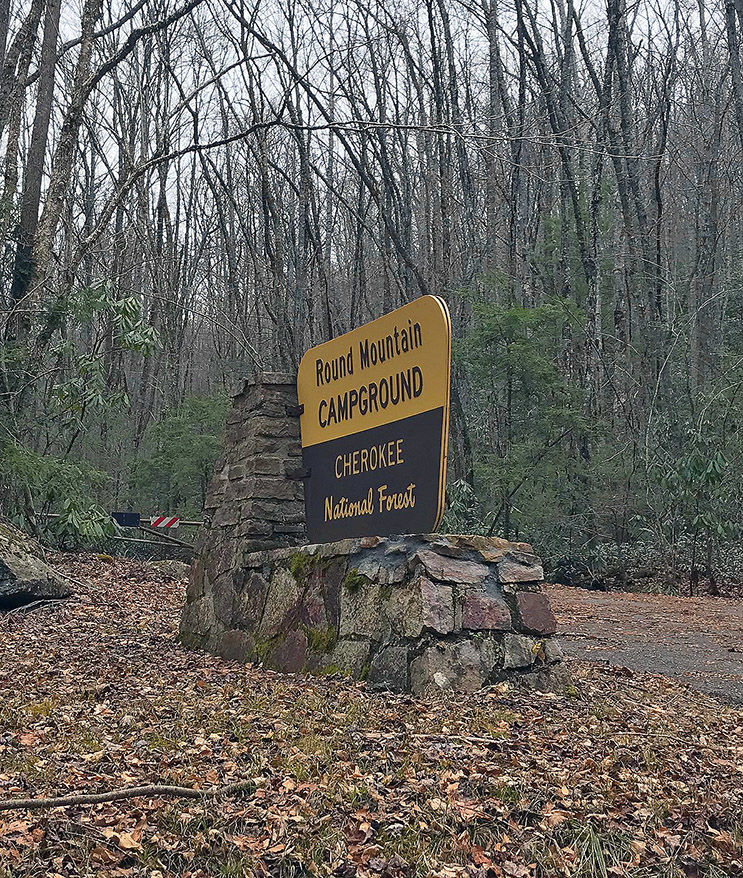 Round Mountain Campground in the Cherokee National Forest and off Highway 107S is not far from the historic Wasp Community near the North Carolina/Tenn. border.

Fred Myers stands next to his favorite color photo on his office wall in Newport; a photographer friend from Morristown made the photo.

This is a list of Wasp Post Office, Tenn. postmasters. Nathan Presnell seems to be the last postmaster in 1931. The community slowly went quiet and disappeared during the Great Depression.

Round Mountain Campground in the Cherokee National Forest and off Highway 107S is not far from the historic Wasp Community near the North Carolina/Tenn. border.

Spring is just two days after St. Patrick’s Day, reminding us of the season’s greening, and we feel spring already in the air with temperatures into the 70s in our hometown, where more rain seems imminent.

Perhaps you got a copy of the recent Plain Talk Discover Cocke County magazine. It contained a travel article I wrote: “Finding Wasp Community.” I am using info from that article here and adding to it after a repeat visit with Newport attorney Fred Myers.

Incidentally he updated me on his brother, Bill Myers, who was hospitalized several weeks ago for heart surgery. I am glad to say Bill has been improving everyday at the Knoxville hospital. Maybe he and Jane will be home for the first day of spring, March 19.

Fred is not exactly sure when he first came across the Wasp community near Wolf Creek, but it was during bear hunting season. He is a lifelong hunter, trout fisherman, outdoorsman, and appreciates Indian lore and culture. One of his hunting buddies was R. J. Vasser.

Earlier this winter Mike Proffitt and I went in search of the Wasp Community in Cocke County and discovered there are several routes, but we took what appeared to be the easiest one. Myers knew an old wagon route off Highway 25/70.

Mike and I traveled through Del Rio on state Highway 107S heading to Rattlesnake Campground with a few detours: One of those being the Fox Den Restaurant for lunch. This is where the locals dine in what used to be the logging center called Slab town, a reference to the slices of wood cut off logs.

We continued towards Blue Mill that operated in the late 1880s and early 1900s: A gristmill whose water wheel hub was painted blue and spun by the ice-cold mountain waters.

When the pavement ends for Hwy. 107S, turn left and follow the gravel road past the Bob Self farm. The road is well maintained by the US Forest Service that hosts visitors at Round Mountain Campground. We watched for the Lemon Gap sign along the way and took a sidetrack to Boomer Den. “Boomer” refers to a small reddish squirrel that haunted the mountains.

Loggers built a seven-mile long wooden flume at Boomer Den to transport lumber down mountain to a large field (Years ago Ben Teague lived there.) that today you see across the highway and Big Creek, across from Fox Den Restaurant.

We traveled miles in the mountains and stopped to see panoramic views of the forest in Tenn. and NC. After five miles on the gravel portion of Hwy. 107, we found the Rattlesnake Gap sign and turned to our left. We would travel another four miles on a narrower road mostly down hill. The dry early winter allowed my Toyota Corolla to do the trip easily and fortunately there were no trees across the road.

When we found the Wolf Creek Falls 1/3 mile sign, we pulled over. Had it not been close to sun down we would have walked to the magnificent falls. Mike assured me from there it was only a short distance to the area known as Wasp. But you have to cross creeks so bring wadding boots.

No one knows why the name Wasp was chosen. I asked local historians, such as Duay O’Neil, and old timers. The reason is lost in time. Fred Myers has hiked the area many years since the early 1970s. His office wall sports a large color photo of Wolf Creek Falls. He is also familiar with Weaver’s Bend where I accompanied then Tenn. Wildlife Agent Mason Gentry in the middle 1970s to photograph him releasing wild turkeys.

What Fred knows about Wasp he gleaned from older former residents, such as E. Moore. We could not nail down his first name.

Myers knows of at least three entrances to the Wasp mountain area. You can exit off I-40 at Harmon’s Den and travel towards the state park; find Hwy. 209 at I-40 and go to Hot Springs. From there take the back roads to Laurel and Shut-In NC.

“You go right thru what used to be Wasp when you go to Rattlesnake Gap,” said Myers. He surmised that the area was an Indian gathering place for centuries before there were white settlers.

One structure that is a shade of Wasp, as it was at late 1800s and early 1900s, is a chestnut and stone log house. “I couldn’t believe how big those chestnut logs were.” Myers has seen the remnants many times, near a small spring branch across from what used to be a village road.

In its luster, Wasp supported Scratch Ankle School, a US Post Office, grocery and other stores to supply the farm and logging families. Postmaster M. J. Price opened in 1904 and Nathan Presnell closed the PO in the early 1930s during the Great Depression.

Myers said that when the US Forest Service started buying land this marked the demise of the hidden Wasp community. And among the shadowy remains are cemeteries, an overgrown apple orchard, and a mysterious boulder.

He described it being half the size of his office with steel buggy axles sticking in each end of the gray round boulder. “There seems to be a spring under the boulder,” he said.

Like the name Wasp, no one knows how the axles got embedded in the boulder. It looks like we will make another trip to Wolf Creek soon.