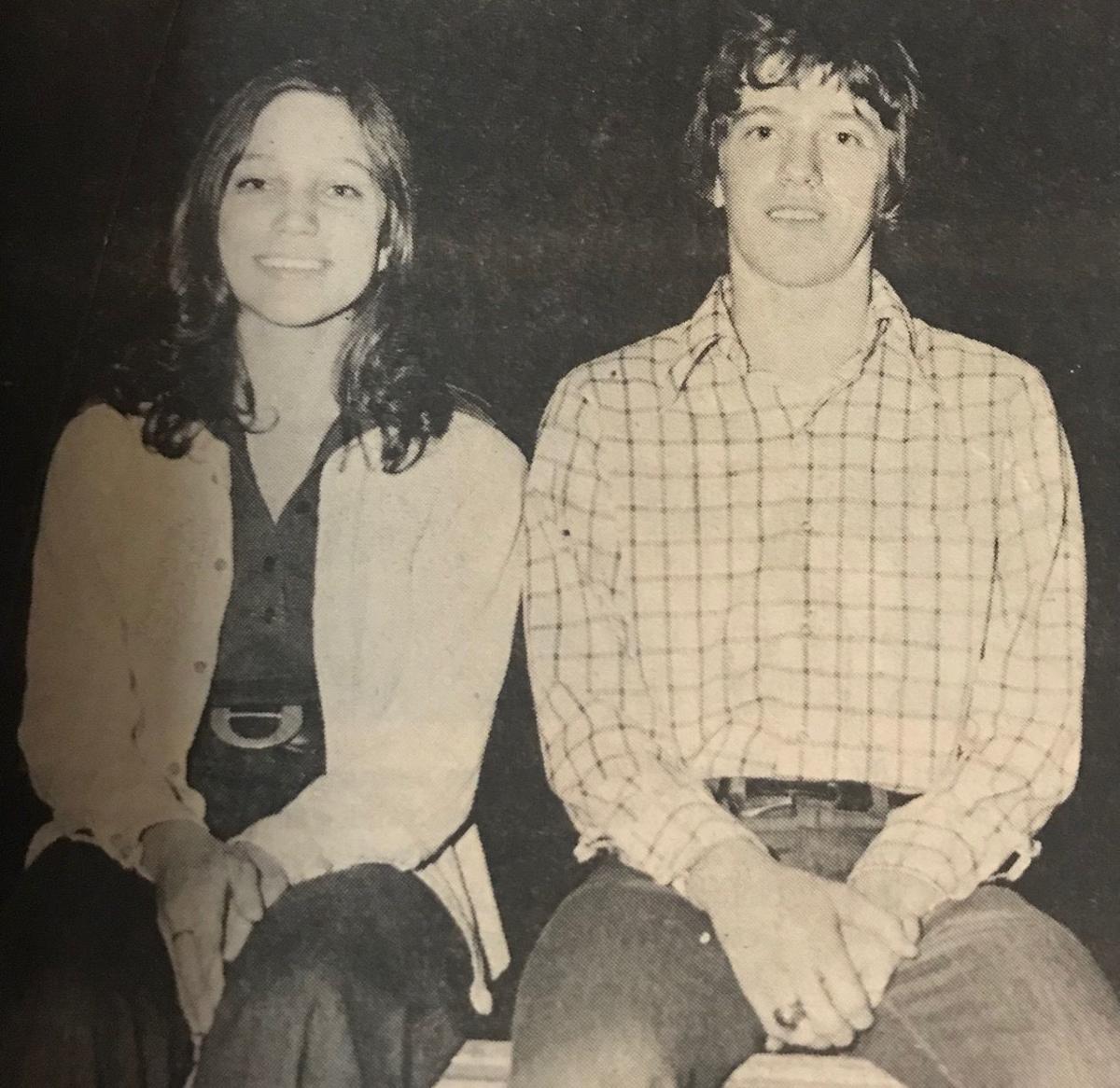 The Cosby High School top academic students for the 1974-75 school year were recognized in the February 1975 Plain Talk. They are Salutatorian Vivian Arensbak, and Valedictorian Johnnie Mooneyham. 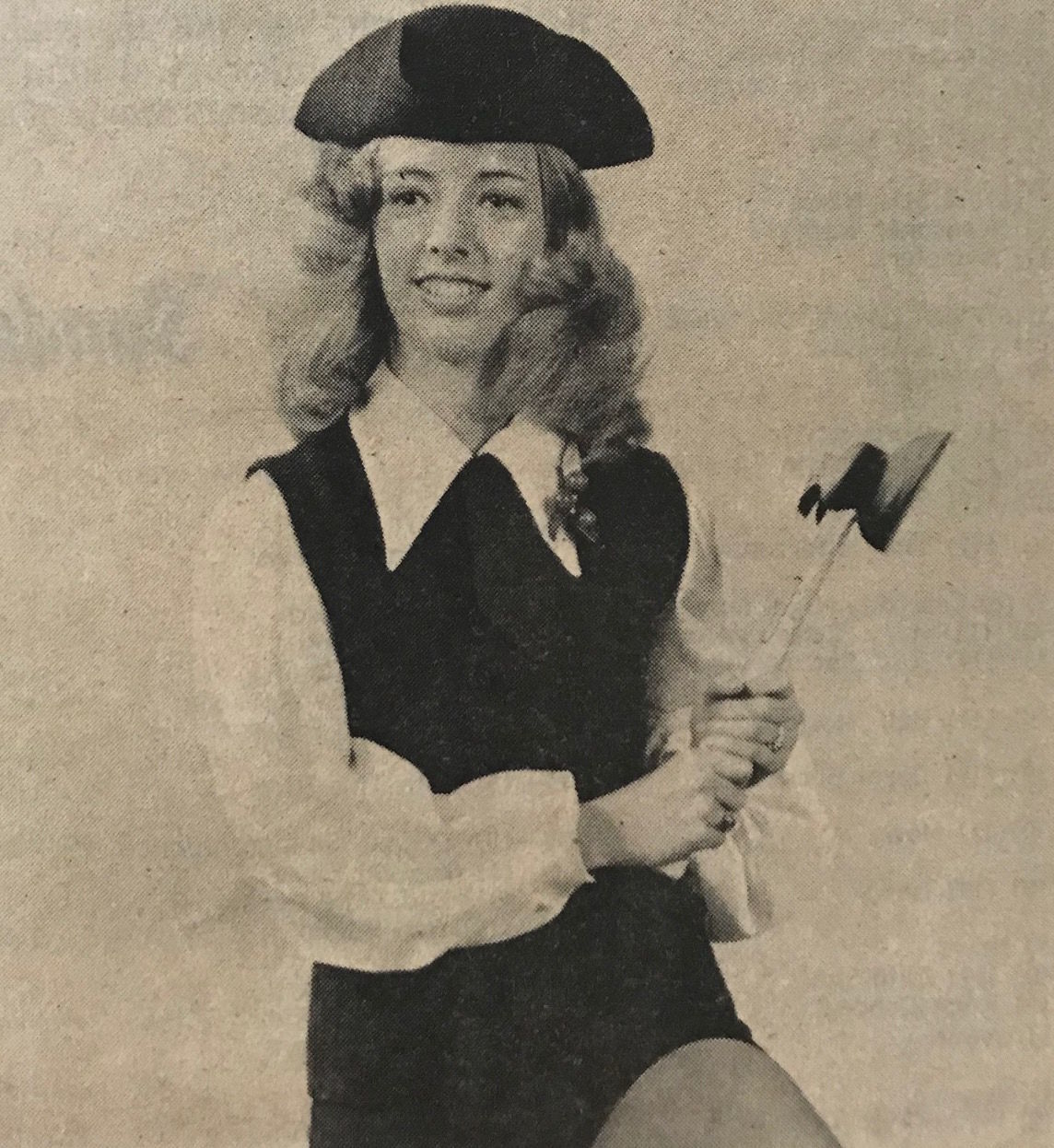 Miss February Robyn Smith appeared in the February 7, 1975 Plain Talk. The calendar girl photos have been a longtime feature. Robyn, age 17, at the time is the daughter of Mr. and Mrs. I. J. Smith and a senior at Cocke County High School. 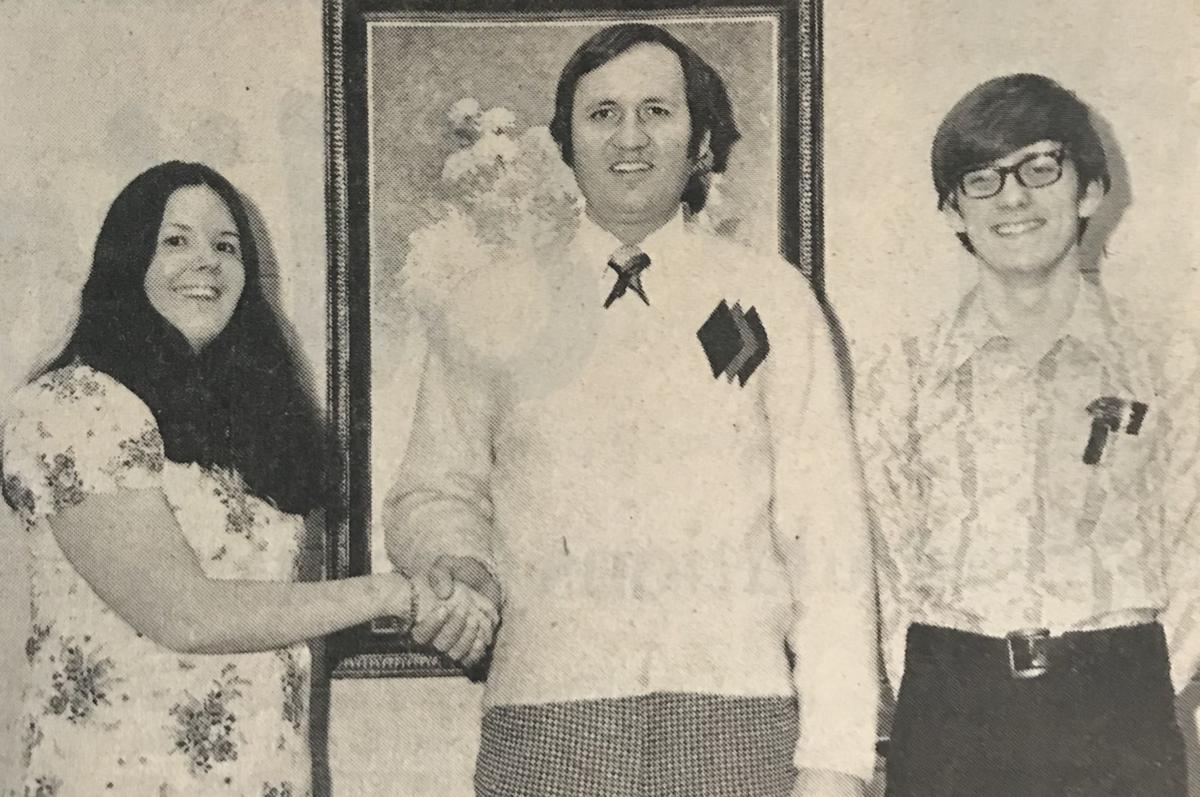 Scholastic champs at Cocke County High School were honored in Feb. 1975 with the school principal Joe Zavona. They are Kathy O’Dell, valedictorian, with a 3.966 grad average and Salutatorian Jimmy Myers with a 3.9 grade point average. 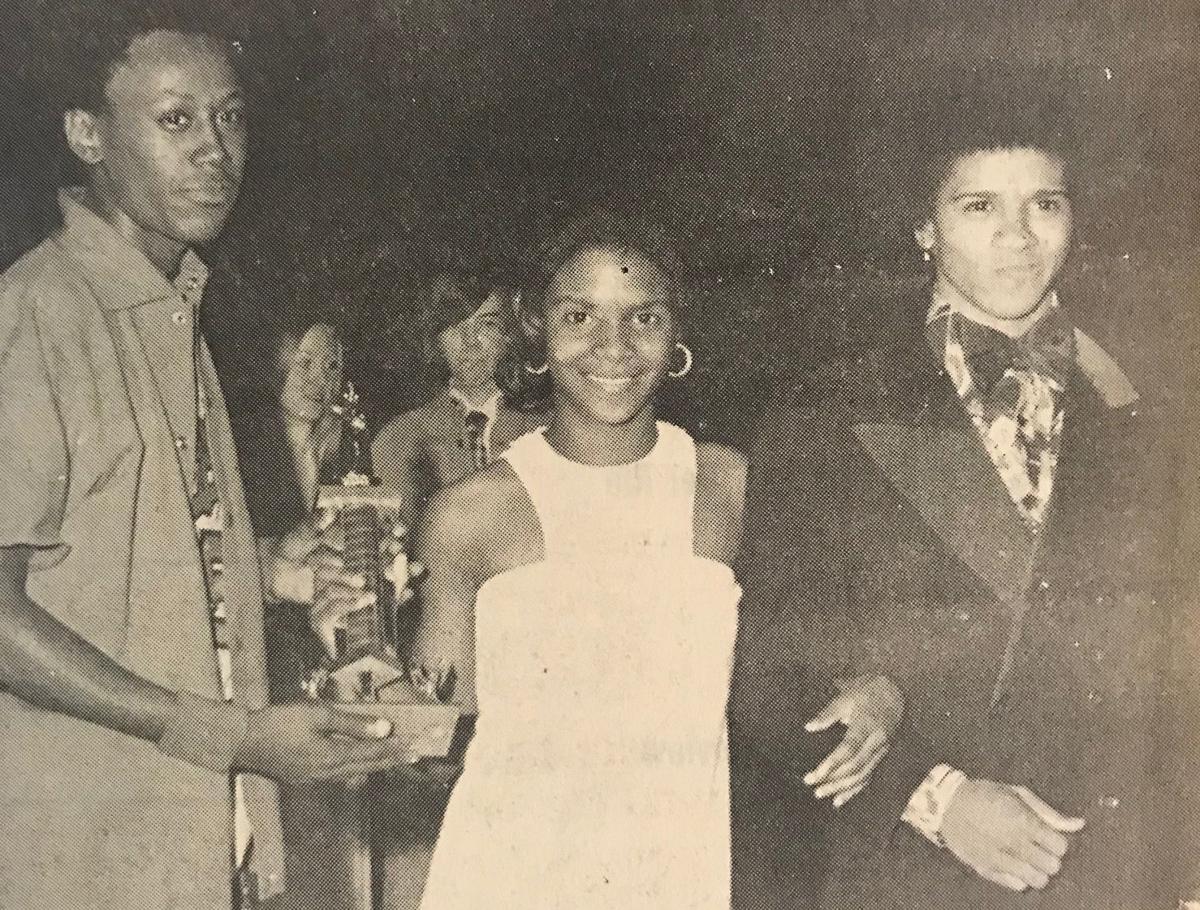 The Cosby High School top academic students for the 1974-75 school year were recognized in the February 1975 Plain Talk. They are Salutatorian Vivian Arensbak, and Valedictorian Johnnie Mooneyham.

Miss February Robyn Smith appeared in the February 7, 1975 Plain Talk. The calendar girl photos have been a longtime feature. Robyn, age 17, at the time is the daughter of Mr. and Mrs. I. J. Smith and a senior at Cocke County High School.

Scholastic champs at Cocke County High School were honored in Feb. 1975 with the school principal Joe Zavona. They are Kathy O’Dell, valedictorian, with a 3.966 grad average and Salutatorian Jimmy Myers with a 3.9 grade point average.

The Pigeon River flexed its flowing brown ripped face terrorizing the embankments in Newport late Thursday afternoon in our hometown after hours of rain bogged us down in a dreary landscape.

With little incentive to travel about and especially to Del Rio to visit again with Jack and Edith Barrett, I stayed in town and spent time browsing through the back issues of the Newport Plain Talk. You recall we left off in January 1975, so it is fitting to move forward into February 1975 or 45 years ago.

With Daytona Beach and racing in the breeze, it was cool to see L. D. Ottinger’s photo and a republished Knoxville News-Sentinel story in the February 3 edition of The Plain Talk. Ottinger was age 35. He completed a super year of racing and had his sights set on being the 1975 Late Model Sportsman Champion.

On January 18, 1975 he ran the Permatex 200 at Riverside, California with a respectable finish. Jack Ingram was the reigning or defending champion but not expected to seek the title again. Ottinger had an able bodied crew of Willard “Coot” Benson, Ken Hunley, and Robert Christian.

You know we have had several chats with former coach John F. Frazier. His name popped up in a 1975 school board story in which he nominated Dale Chrisman as the new Cocke County High School football coach.

What were shoppers finding at the local grocery stores? We all have our eye on prices then and now. The Super Dollar advertisement on Feb. 5 featured fresh ground hamburger 54 cents per pound. Buy a giant size box of Cheer for 89 cents. Everything is in plastic containers now. Onions sold for 29 cents, three pounds; Clorox, 49 cents for a half gallon; bologna was one pound for 78 cents. Five bucks went a long way.

I have a heart for pets and especially to help those in need. It was refreshing to be reminded of how Dr. Mike Rucker saved a poisoned pet Feb. 1975. I wrote the Friday, Feb. 7 article: “Vet saves poisoned dog.”

Carla Humphrey, age 11, owned one-year-old Sandy, orphaned as a pup near Memorial Hospital. Pat Baldwin rescued it and gave it to Carla. Then for an undiscovered reason the dog got ahold of some poison. Dr. Rucker knew how to save the dogs life to live with Carla longer. She was the daughter of Joyce Humphreys of Newport and Kenneth Humphreys of Morristown.

Among ongoing stories was a discussion of zoning and incorporation for Cosby. New investments such as Stonebrook Condominiums had entered Cosby. Citizens were exploring ways to improve the community. Bob Freeman with East Tenn. Development District met with Cosby citizens at the school library. Of faces among many I saw and knew was D.R. Large. The Folk Life Center of the Smokies sponsored the information session.

You can’t miss the front-page news, then and now. Jorja Painter earned the Student Nurse of the Year Award. The daughter of Mr. and Mrs. Elza Painter attended Ft. Sanders Presbyterian Hospital School of Nursing. Her winning speech was: “Make Tomorrow Happen.” And now tomorrow is here.

Another photo that brought back memories showed a young Jim Bryant of Bogard taking over the reigns as manager of the Cocke County Farmers Co-Op. Twenty-five year veteran Co-op Manager Walter Kilgore was retiring and Bryant to step in on April 1, 1975. Kilgore had become manager in 1953. Annual sales then were $140,689 and when he left were $2,050,000.

February 17 or thereabouts in 1975, a tall and slimmer Rev. Tom Mooty cut the ribbon for the new Sunday School annex at West End Baptist Church. He and the congregation have had many fruitful years together and the young folks in the photo are now nearing retirement age.

And because we approach Valentine’s Day, I saw many Plain Talk news items about such honors and celebration. Mrs. Jack Presnell was named ESA Valentine Queen.

OPPORTUNITY TO OWN PROPERTY ON THE 2ND MOST USED EXIT IN THE STATE OF TENNESSEE !!!