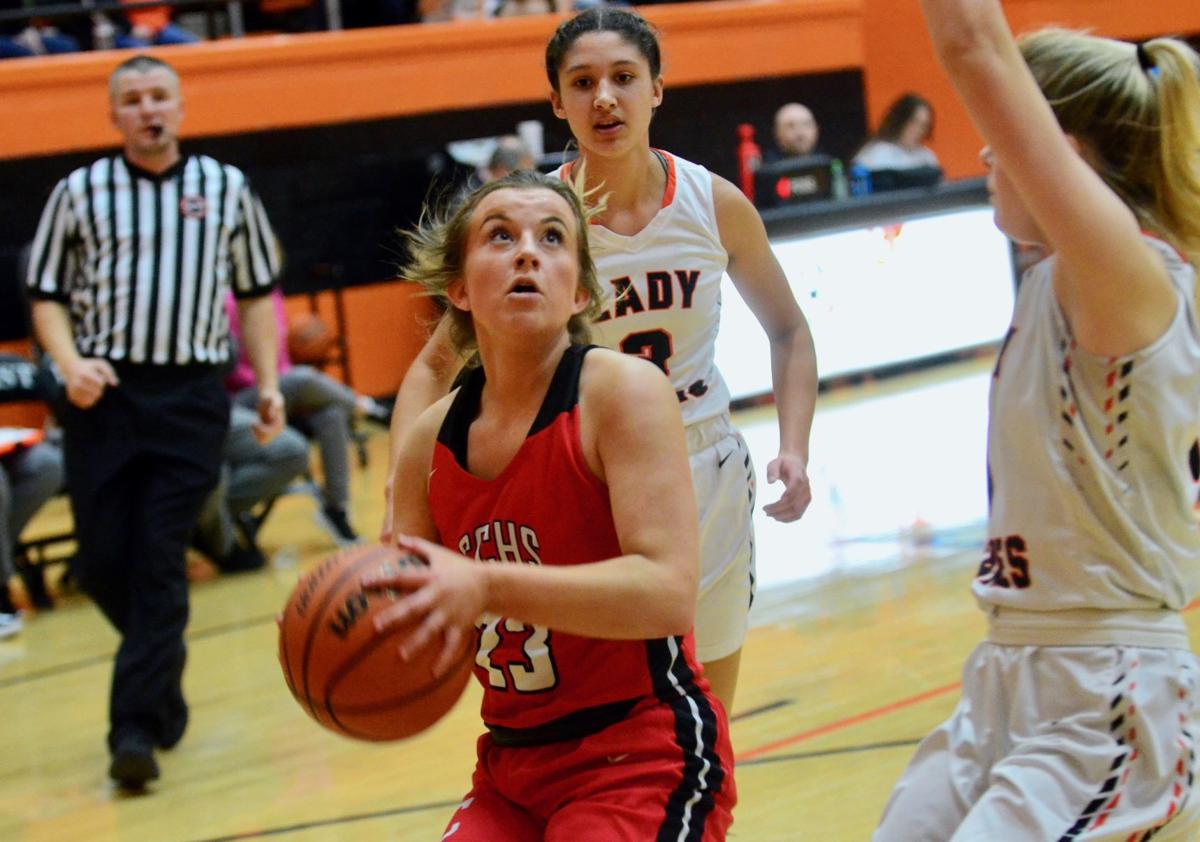 Cocke County sophomore Camryn Halcomb drives to the basket during the Lady Red’s victory over Morristown East on Friday. 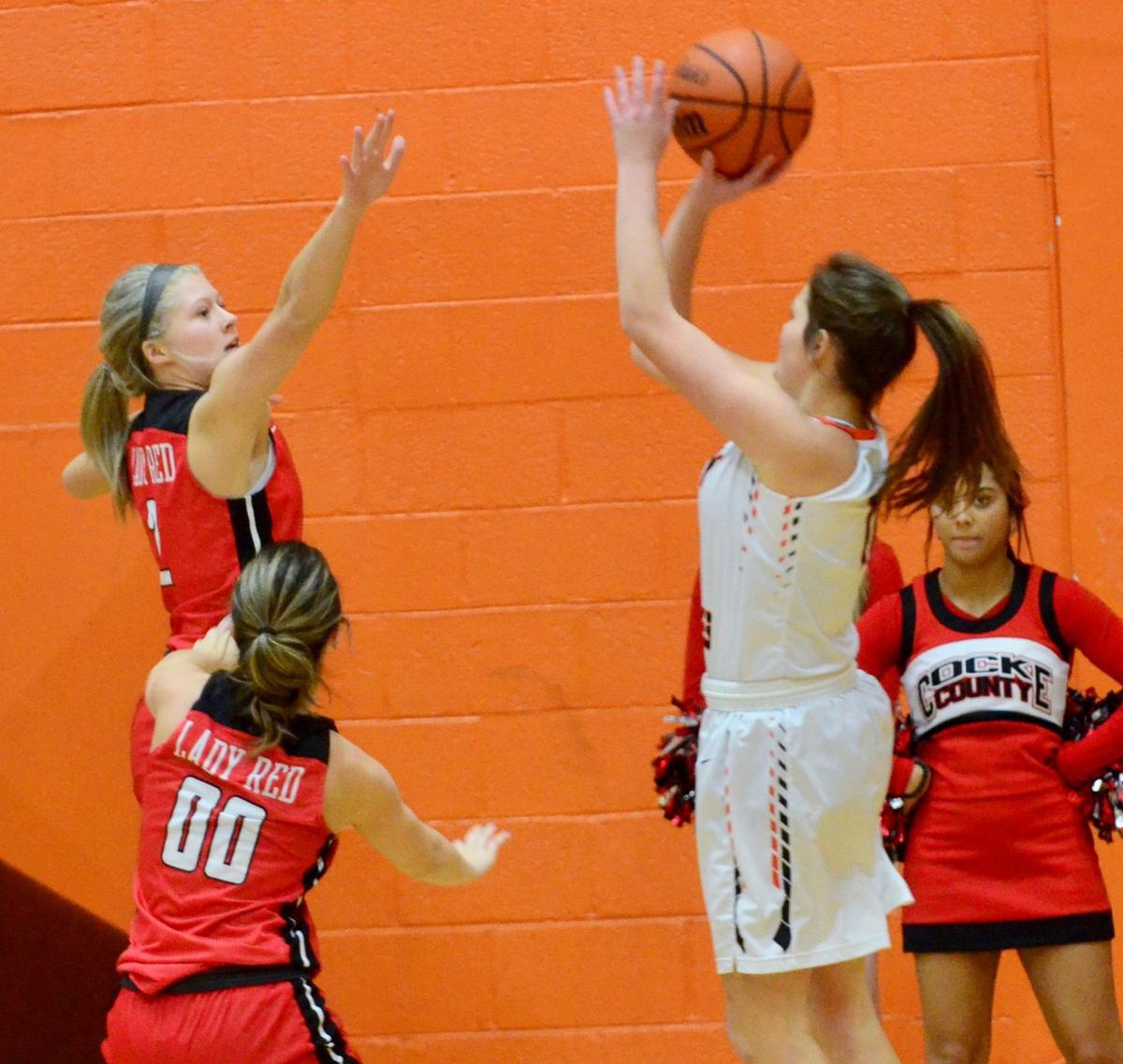 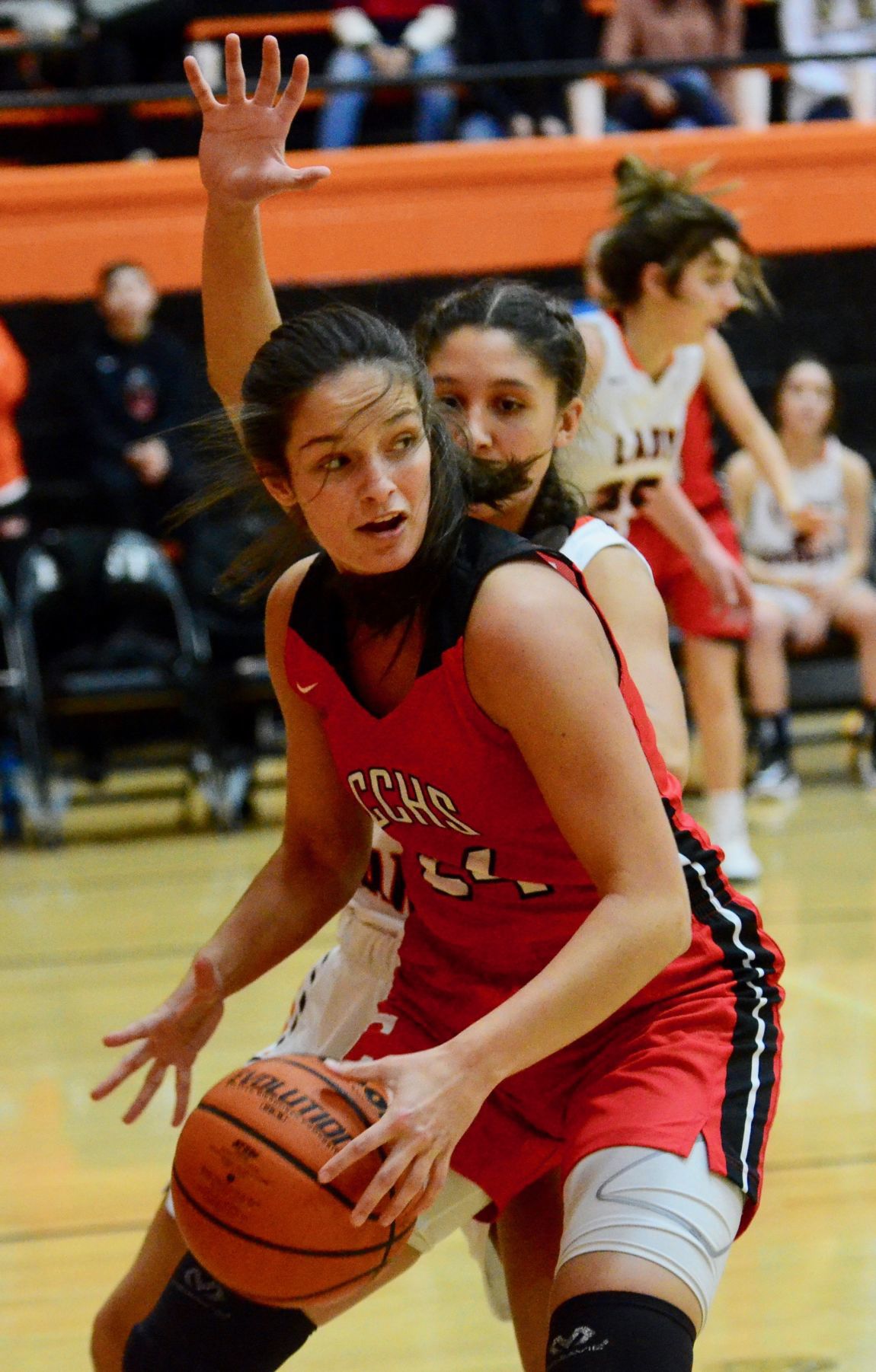 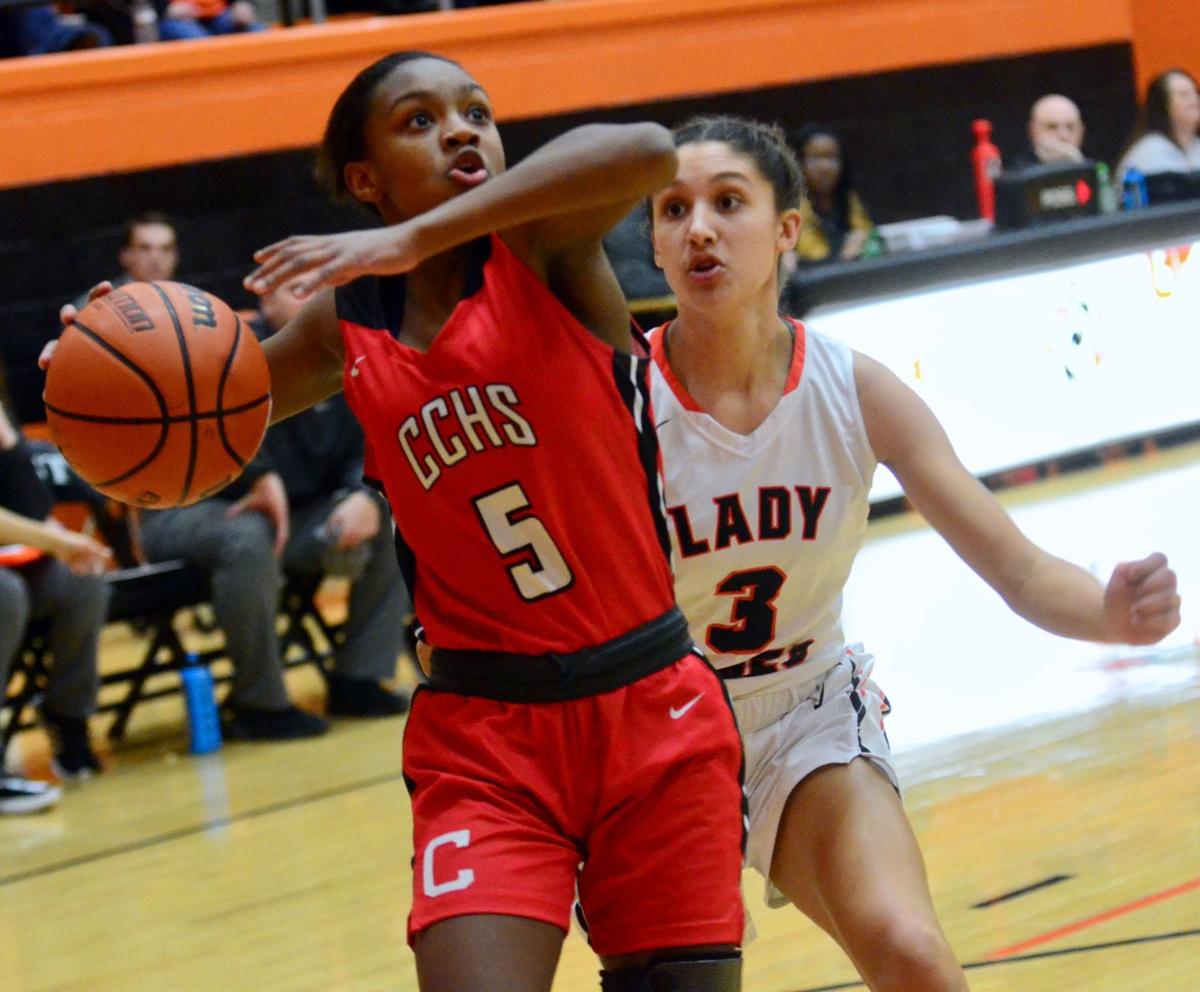 Cocke County sophomore Camryn Halcomb drives to the basket during the Lady Red’s victory over Morristown East on Friday.

MORRISTOWN—Camryn Halcomb sunk the first shot of the game, but didn’t score again for the entirety of the first half. That shooting slump wouldn’t follow her the rest of the night, though.

Clinging to a 3-point lead with a minute remaining, Halcomb sunk the biggest shot of the night with a 3-pointer from the right wing to put the Cocke County Lady Red ahead by six and kill any shot of Morristown East coming from behind to steal the victory.

“I was just thinking to keep shooting,” Halcomb said. “I’ve been taught to have a short memory, so it’s just a matter of me continuing to shoot because I know it can go in.”

The sophomore finished with 13 points, 10 of which came in the second half. She connected on three shots from behind the arc on Friday, saving the biggest one for last.

Cocke County (10-8, 3-3 District 2-AAA) had opportunities to put the Lady ‘Canes away early, but couldn’t quite do so until the end. The Lady Red led by double digits early in the second quarter before Morristown East (9-10, 1-6 District 2-AAA) rallied to trail by just two going into the half. They also led by 13 late in the third, but allowed East to get back within one possession of the lead and had to fight it off down the stretch.

“Morristown East never quits,” CCHS coach Jeremy Byrd said. “They’re so well coached and know how to work their way out of unfavorable situations. They’re not a team you can get up by 10 on and relax, which felt like what we did.

“Each time they did get back in the game I felt like we responded well. Got some good looks from the floor and timely steals to push back ahead. That was the difference in the game.”

Sydney Clevenger led the Lady Red in scoring with a game-high 18 points. Morristown East was co-led in scoring by Sable Burnside and Devaisa Kyle, who each had 15 at the end of the night.

Halcomb knocked down the game’s first shot, burying a shot from 3-point range. Morristown East would respond with seven unanswered before the Lady Red came back with a 6-0 run of their own to lead 9-7 midway through the first.

Gracie Gregg sunk her first basket, a trey from the wing, to start the run. She would post seven points in the first quarter. She would finish her night with eight points.

CCHS finished the first quarter with an 8-2 run to take an 18-9 advantage into the second.

The Lady ‘Canes were scoreless for the final three minutes of the quarter, and extended that drought into the second. They were able to pick up buckets on back-to-back trips during the five-minute mark, though, starting a 7-0 run that got them within four of the Lady Red’s lead midway through the frame.

Leading 20-16, Clevenger gave Cocke County a quick spark it needed with five quick points of her own to push the lead back to nine.

Unlike the first period, East found a way to maintain a rhythm on the offensive end to close the second quarter as it worked Cocke County’s lead down to three in the final minute. The Lady Red still led at the half, but by a narrow 28-26 margin.

The Lady ‘Canes tied the game momentarily on their first possession of the second half, but Clevenger again provided a spurt with five quick points to help put CCHS back on top 35-28. The Lady Red’s lead grew to double digits near the end of the period, as they carried a 45-34 advantage into the fourth.

Turnovers were costly for CCHS to start the fourth. Morristown East was able to take advantage and score seven points in a minute-and-a-half to quickly cut the Lady Red’s lead to four at 45-41. Byrd fired a timeout to regroup, which resulted in pushing the lead back out to seven.

Morristown East cut Cocke County’s lead back down to three with under three minutes left. Burnside scored eight points in the fourth to put the Lady ‘Canes in position late to pull out the comeback. Halcomb would have none of it, though, as she sunk the deciding score with a minute remaining to give the Lady Red a comfortable enough lead to close out the win.

“It feels really good to be in this position,” Byrd said. “Coming in here and winning this game the way we did makes me real proud. We had to handle adversity with them constantly coming back, but our girls finished and got the job done.”

The Lady Red remain on the road for their next outing, as they’ll travel to take on South Doyle on Tuesday at 6 p.m.