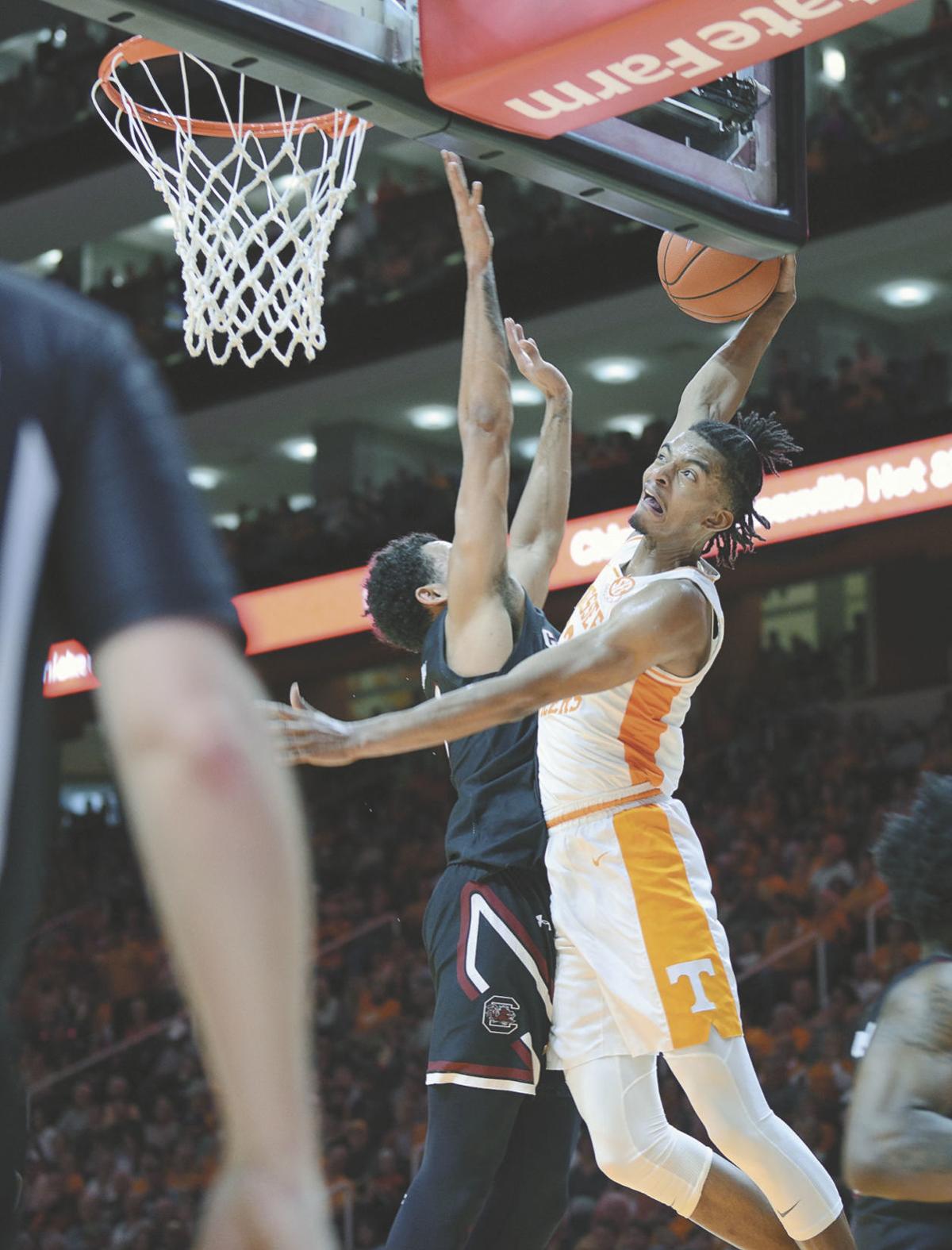 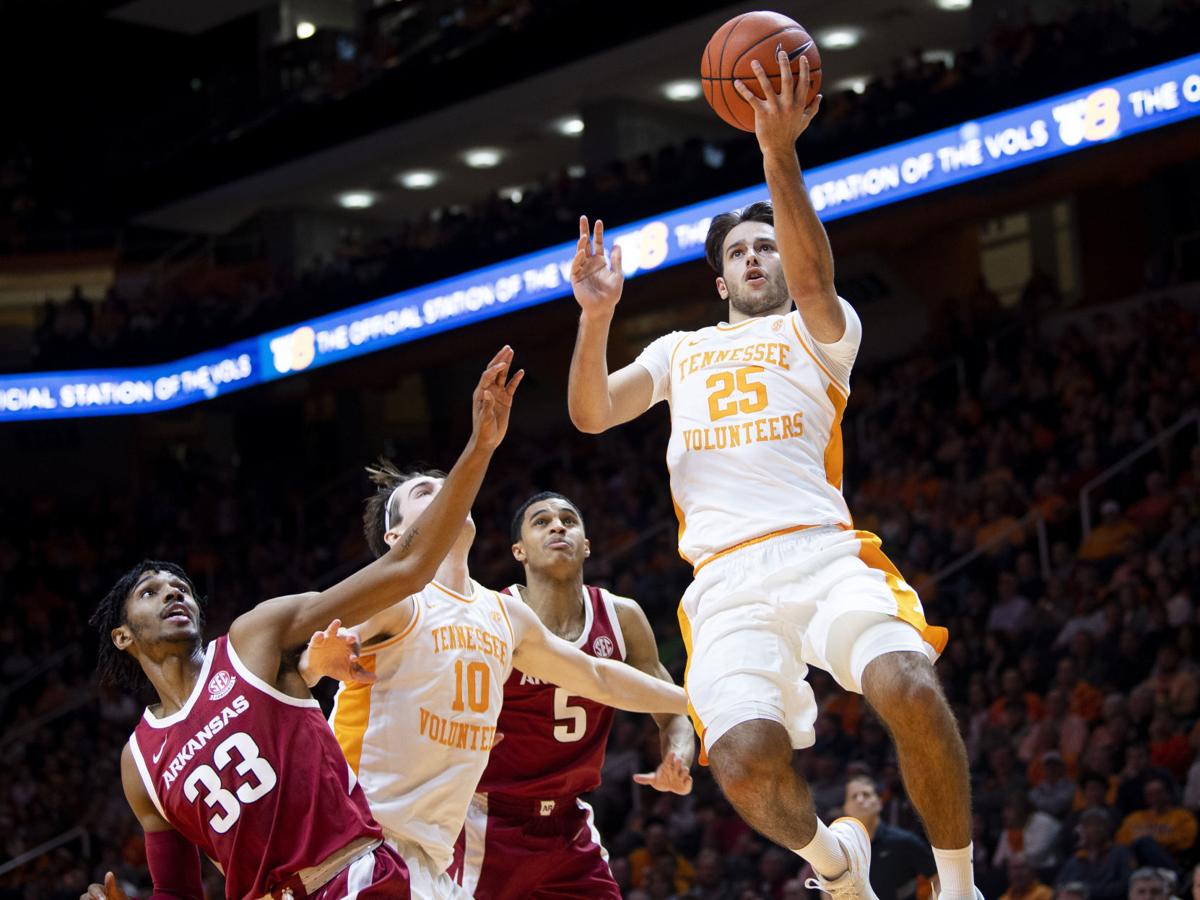 Tennessee guard Santiago Vescovi (25) takes the ball to the basket against Arkansas in Knoxville.

Tennessee guard Santiago Vescovi (25) takes the ball to the basket against Arkansas in Knoxville.

“My staff and I have had multiple discussions with Jalen leading up to his decision to enter the transfer portal,” Tennessee coach Rick Barnes said Monday. “Jalen has been an outstanding teammate for as long as he’s been a part of this program. He helped to establish the culture here and has truly modeled our ‘INAM’ mindset.

“We all want to see him make the type of impactful contribution during his final college season that he envisions, has worked so hard for and deserves. Everyone here is excited to see him be successful moving forward, both on and off the court.”

Johnson was the highest-rated prospect Tennessee signed in the Class of 2016 (No. 147 in the nation), but did not contribute regularly until this season.

The Durham, N.C., native redshirted as a freshman and played a combined 217 minutes the next two seasons before logging 484 minutes this season, mainly as the first guard off the bench.

Johnson likely would have had his minutes trimmed down to that of his redshirt freshman and redshirt sophomore campaigns with the additions of 5-star shooting guards Jaden Springer and Keon Johnson and junior Victor Bailey, who redshirted this season because of NCAA transfer rules.

A disappointing Tennessee season defined by the early departures of Grant Williams and Jordan Bone to the 2019 NBA Draft, a season-ending injury to redshirt senior guard Lamonte Turner and the midseason additions of freshman point guard Santiago Vescovi and redshirt freshman forward Uros Plavsic came to a merciful end with the cancellation of the SEC Tournament and all NCAA winter championships because of the coronavirus outbreak.

ESPN believes it will be an anomaly, ranking the Vols at No. 14 in its Way-Too-Early Top 25 on Monday.

ESPN adds that the Vols’ 2020-21 season “looks bright” because they will be “deep, experienced and versatile” and that they “could move up the rankings as teams ahead of (them) lose guys to the NBA Draft.”

Tennessee returns four starters in freshmen guards Santiago Vescovi and Josiah-Jordan James, All-SEC forward John Fulkerson and SEC Defensive Player of the Year Yves Pons. UT also adds Springer, Keon Johnson and Bailey, as well as 4-star prospect Corey Walker, who is the No. 10 power forward in the nation according to 247 Sports.