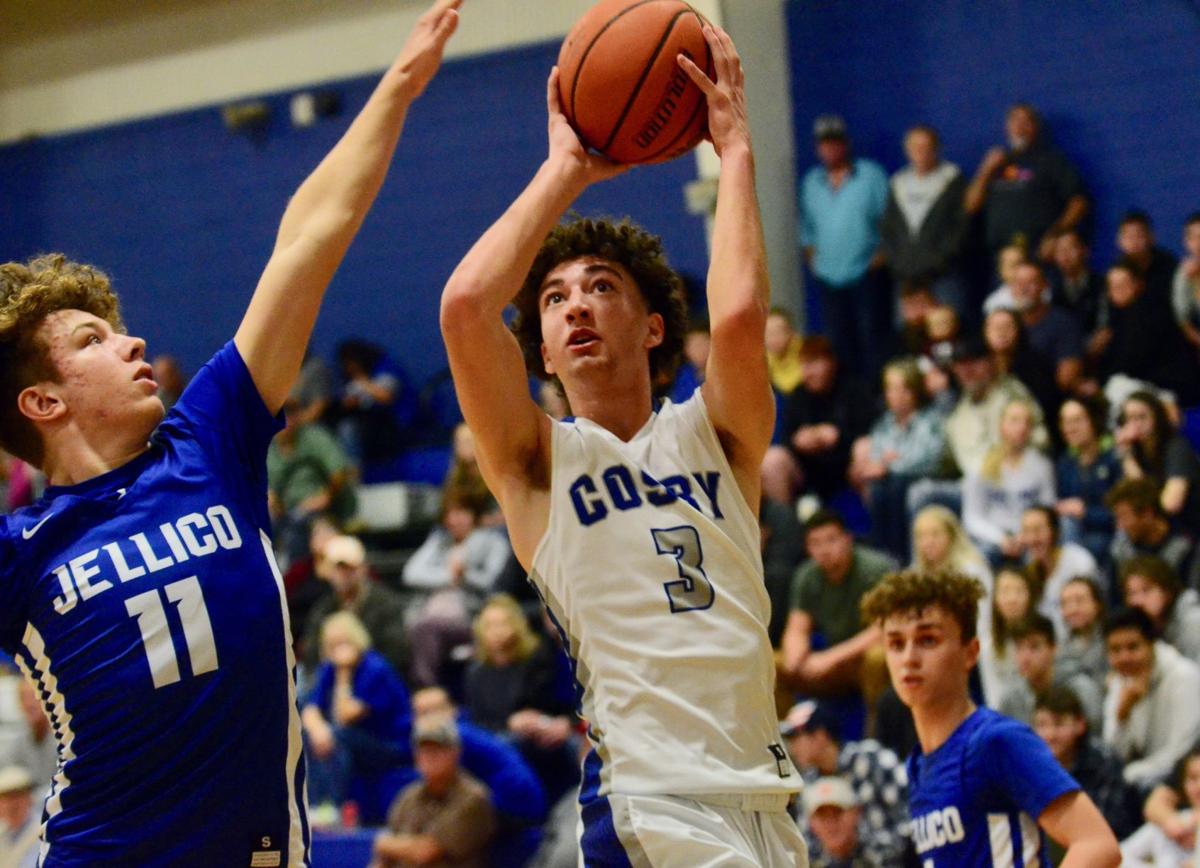 Cosby junior Trey Johnson goes up for a contested layup during Friday’s district win over Jellico. 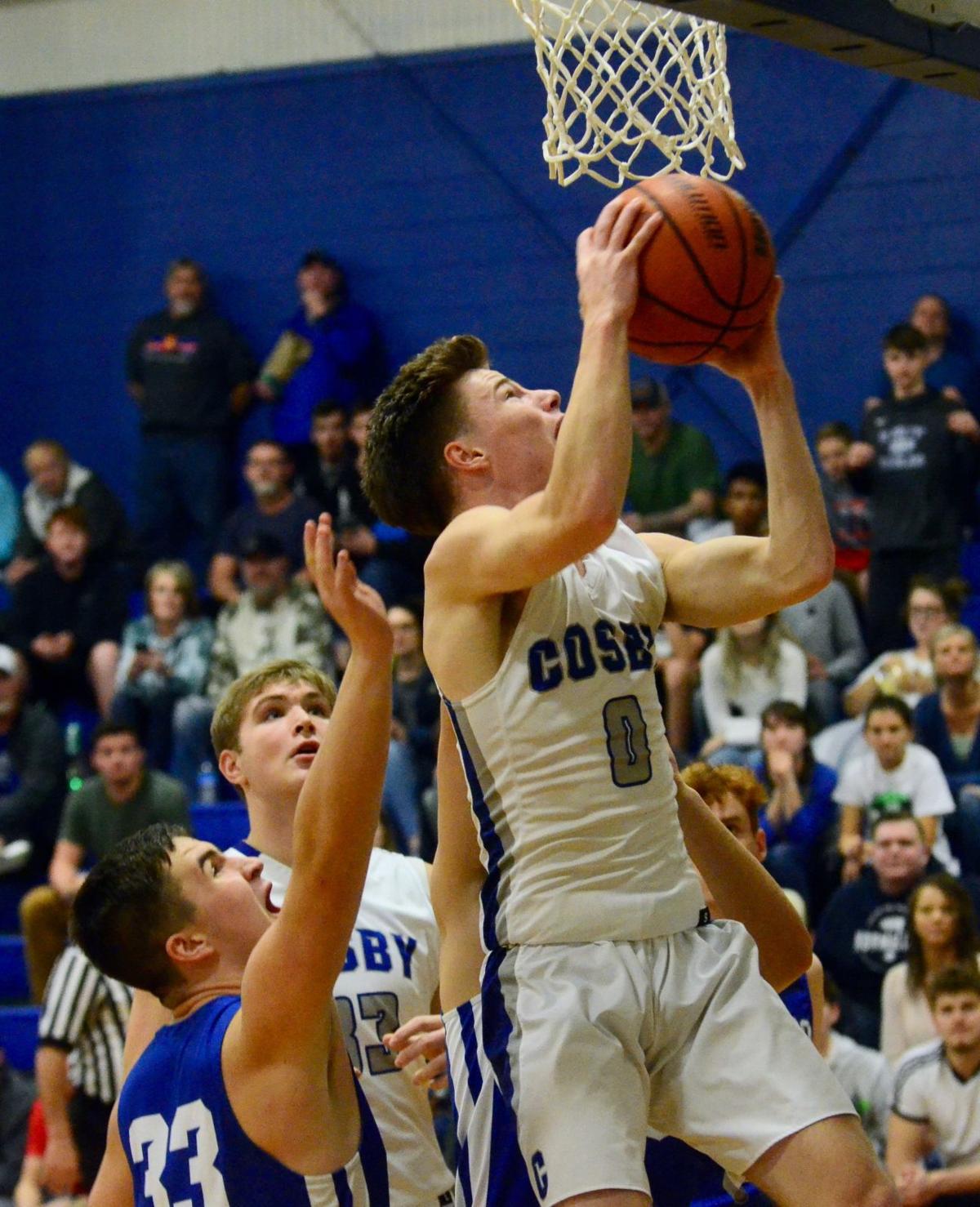 Cosby senior Jeremy Wise goes up and under the basket for a layup during the Eagles’ District 2-A win over Jellico on Friday. 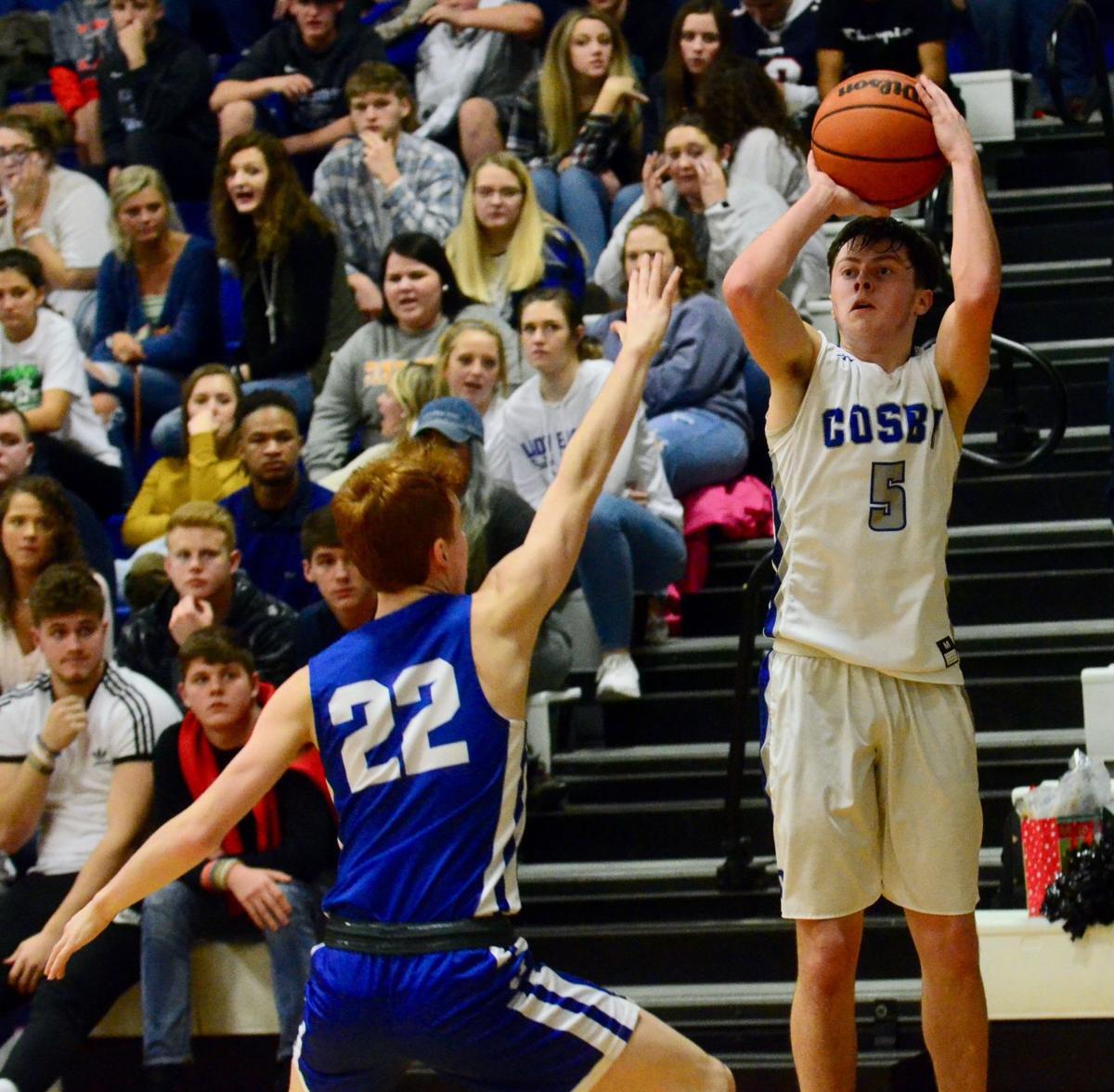 Cosby senior Braden Shaffer puts up a 3 from the corner during Friday’s win over Jellico. 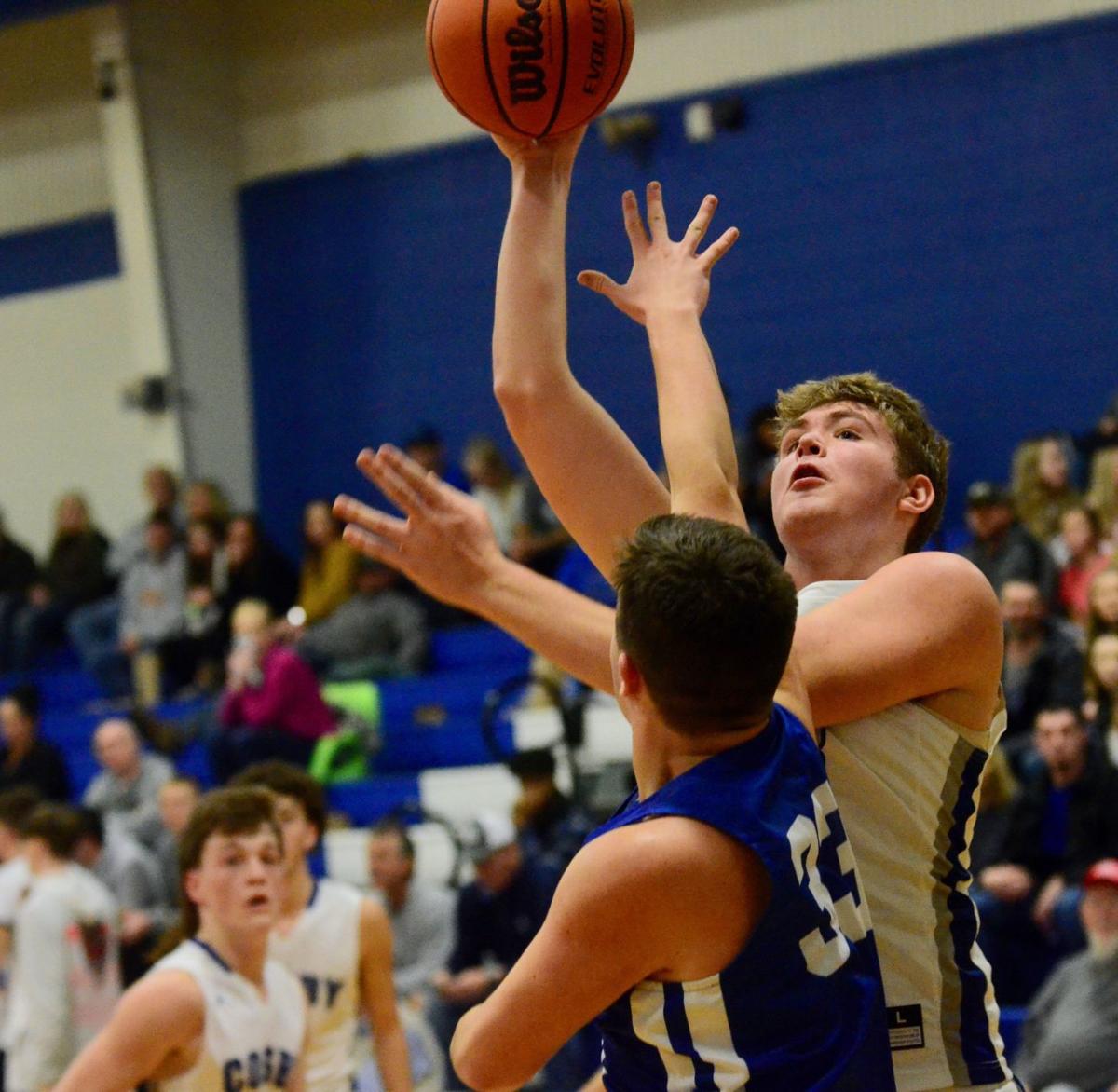 Cosby’s Riley Galler puts up a shot from the low block over a Jellico defender on Friday.

Cosby junior Trey Johnson goes up for a contested layup during Friday’s district win over Jellico.

Cosby senior Jeremy Wise goes up and under the basket for a layup during the Eagles’ District 2-A win over Jellico on Friday.

Cosby senior Braden Shaffer puts up a 3 from the corner during Friday’s win over Jellico.

Cosby’s Riley Galler puts up a shot from the low block over a Jellico defender on Friday.

Cosby’s fifth-straight victory included 12 triples at home, with 10 of them coming in the first half. The Eagles paved their way to victory as the shots fell early for them and continued to fall in the second half. Jellico had no answer for the shooting display that led Cosby to its 86-57 victory.

“We talked about making a statement all week,” head coach Kurt Brooks of Cosby said. “We faced one of the toughest teams in our district and played well against them. It was so important for us to get started on the right foot to start district play. We are now 1-0 in our district so that gives us some confidence.”

Cosby’s opening District 2-A win came in a big way with a splash from the perimeter and defense that held a high-scoring Jellico team to under 60 points.

Three players entered themselves into double digits in the scoring column, including Blake Coggins with 11 points off the bench after knocking down three triples. Trey Johnson led the team with 24 points and Jeremy Wise was right behind him with 16.

“We are all just trying to get in a rhythm early in the game,” Johnson said. “I have a lot of confidence in myself scoring the basketball and always want to look for my teammates. We all played well.”

On the other end, most of Jellico’s points came from Hayden Llewellyn, who made a big appearance as a freshman with a game-high 26 points.

However, Llwewellyn’s performance was not enough to top the Eagles and their wrath from the perimeter on Friday.

“I see this team shoot in practice every day,” Brooks said. “I know we can make those shots like we did tonight. It isn’t going to happen every night, though. I think it was just as much as our defense as our shooting that won us the game.”

Cosby jumped on a 7-0 run to start the first quarter to force Jellico to call a timeout within the first minute of the first quarter. The quick scoring only continued for the Eagles as there was no cooling off from the field.

The 3-point line favored the Eagles as they hit 8-of-10 shots from downtown. Johnson sunk four of his own 3’s and dropped 14 points in the quarter to lead Cosby to its 32-9 lead heading into the second quarter.

“That was a huge start for us,” Brooks said. “You can’t win the game in the first quarter, but it sure gives you a good cushion for the rest of the game. I was telling my guys to not let up no matter the lead.”

The Eagles’ advantage extended as they grabbed a 9-0 run to begin the second quarter.

From in the stands to in the game, Jared Veldheer’s journey leads to key backup role for Packers

Jellico’s Hayden Llewellin did all he could by scoring nine second-quarter points, but he could not put Jellico back in the game on his own.

The shots from behind the perimeter continued to fall for Cosby after knocking down 10 triples in the first half.

The hot shooting secured a 53-25 lead for the Eagles.

Jellico cut the deficit to 24 points to begin the third quarter with a small 6-2 run to force the Eagles into a timeout to regroup.

Cosby came out of the timeout and outscored Jellico 14-5 to end the third quarter. The Eagles led 69-36 heading into the fourth quarter.

“We had our confidence level high tonight,” Brooks said. “We never let up and kept going hard. We shot the ball well in all four quarters and even the bench got in the game and shot the ball well. I was so proud to see us play like that.”

The big advantage in the fourth quarter allowed the Eagles to coast to victory as they rested their starters for the final three minutes of the game.

The Eagles will look to keep momentum on their side going into two more district contests to start next week. Cosby will be on the road at Washburn on Monday, and TSD on Tuesday. Both games will tip at 6:30 p.m.