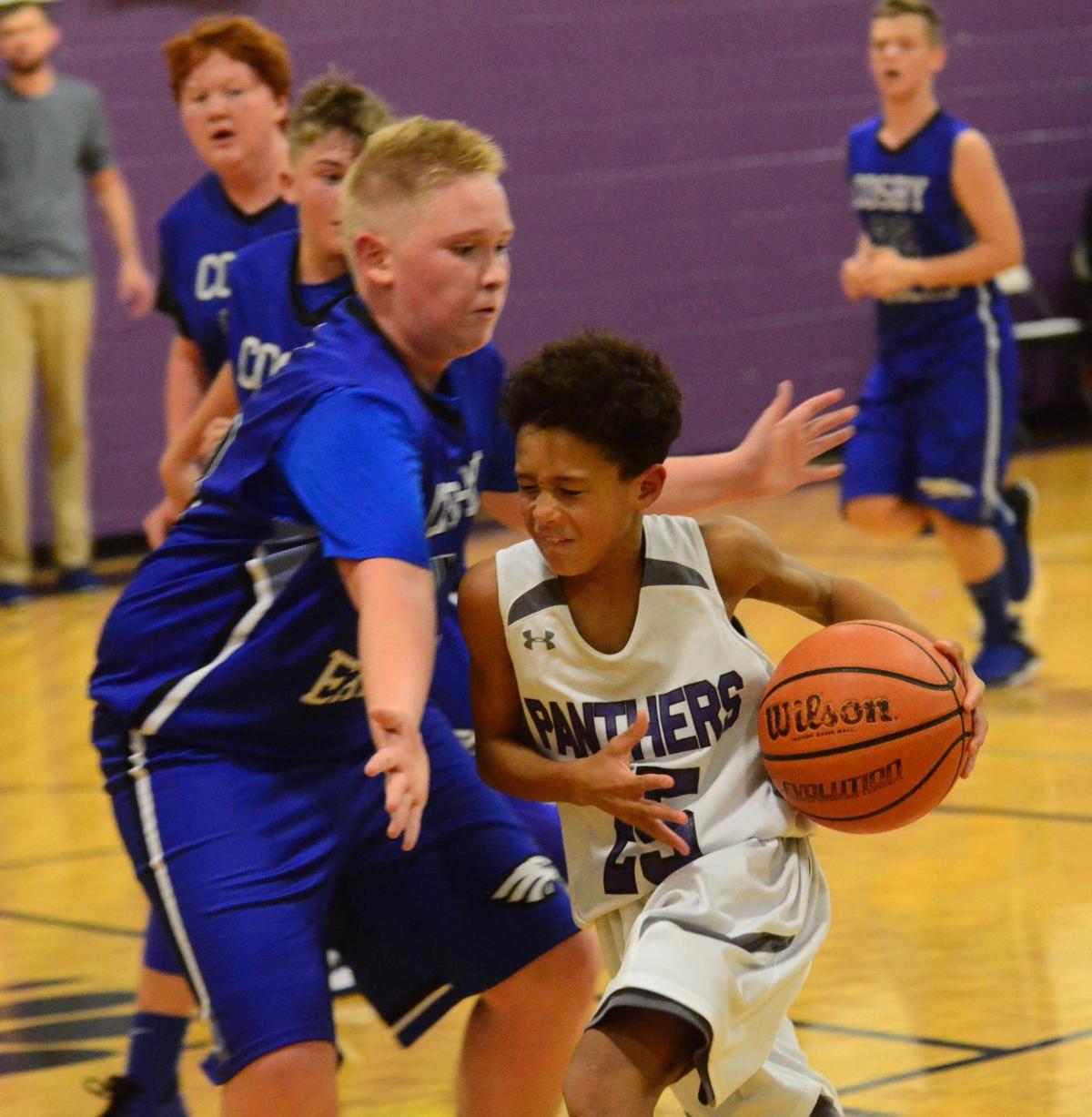 FILE — Edgemont’s Jerome Cofield dribbles around a Cosby defender during a matchup earlier in the season. Cofield helped lead the Panthers to a comeback win over Northwest with his 16-point effort on Thursday. 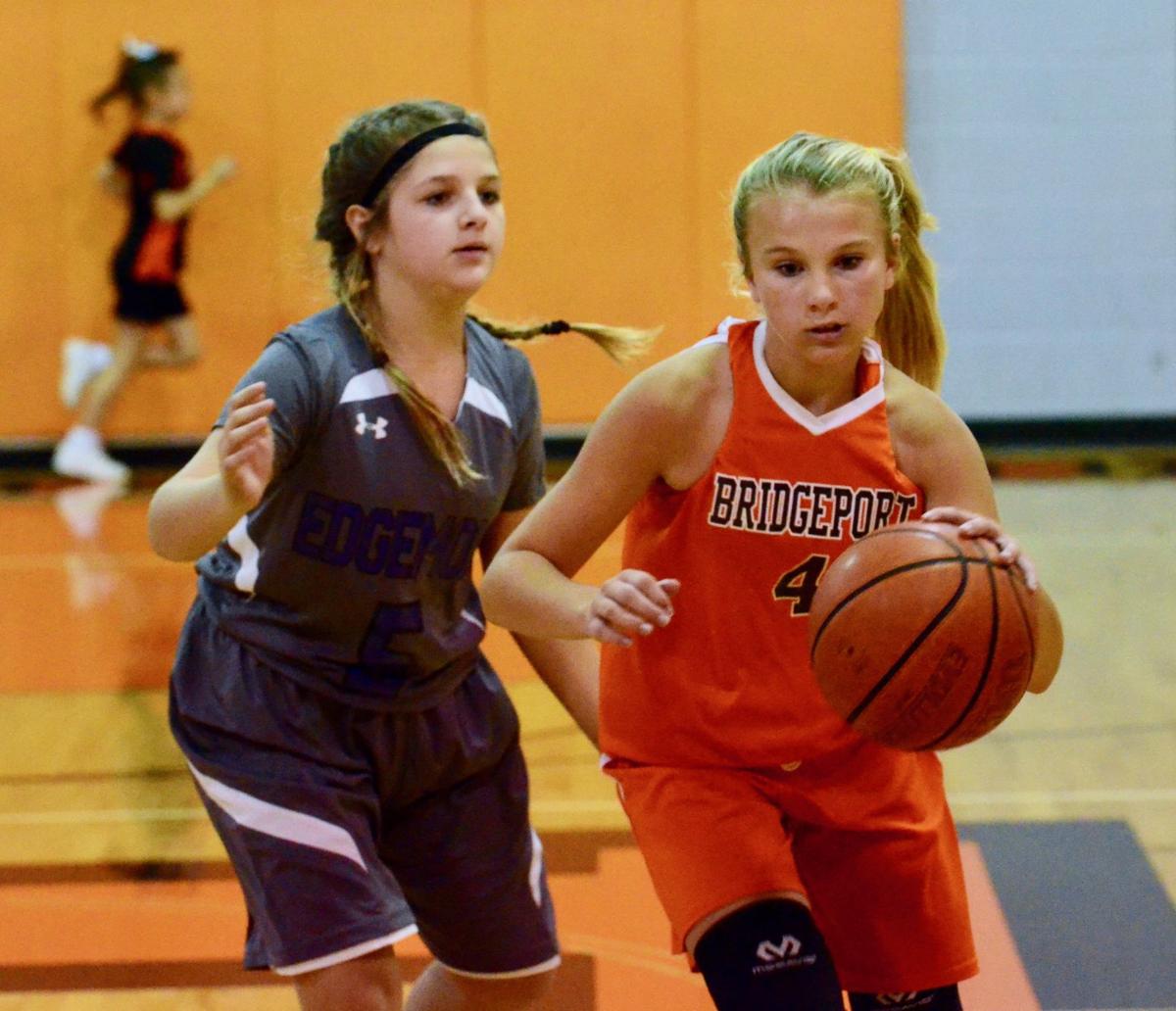 FILE — Bridgeport’s Madylyn Bible (right) is brings the ball up the floor in a 2018 contest with Edgemont. 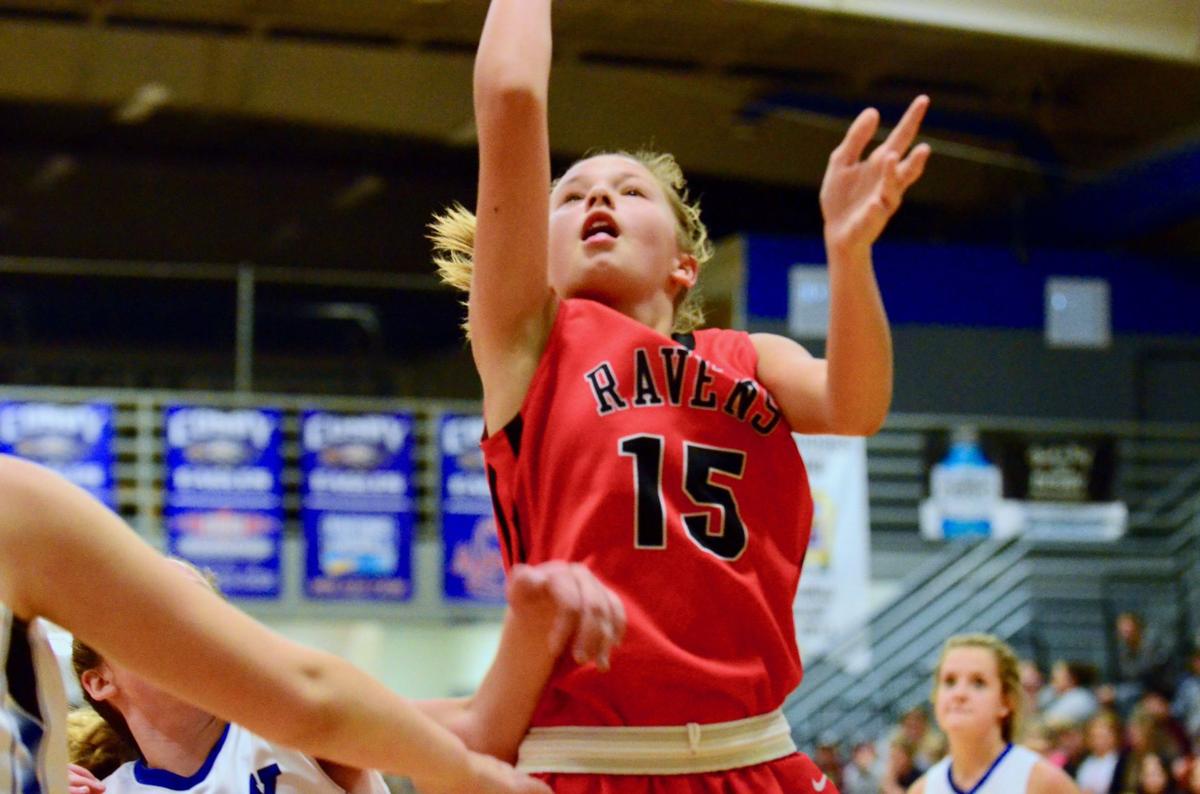 FILE — Grassy Fork’s Shylee Shelton goes up for a layup in a 2019 matchup at Cosby.

FILE — Edgemont’s Jerome Cofield dribbles around a Cosby defender during a matchup earlier in the season. Cofield helped lead the Panthers to a comeback win over Northwest with his 16-point effort on Thursday.

FILE — Bridgeport’s Madylyn Bible (right) is brings the ball up the floor in a 2018 contest with Edgemont.

FILE — Grassy Fork’s Shylee Shelton goes up for a layup in a 2019 matchup at Cosby.

NEWPORT—Leading the charge and putting on a showcase is nothing new for Edgemont’s Jerome Cofield.

The Panthers guard did it again on Thursday night by helping lead his team to a big come from behind win over Northwest, who came into Thursday night’s matchup seeking to continue its momentum from a win over Del Rio earlier in the week.

The Edgemont Panthers and Lady Panthers led a night of sweeps across the area, as Parrottsville, Bridgeport and Grassy Fork all emerged victorious as well.

With the Lady Rockets of Bridgeport and the Lady Ravens of Grassy Fork picking up wins over Smoky Mountain and Centerview on Thursday, the two are set for a showdown of unbeatens on Monday to decide the early leader in the race for the top seed in the postseason.

That matchup will tip off at 6 p.m. Monday in Grassy Fork.

The Edgemont Lady Panthers’ performance through the first three frames of Thursday’s outing, as they were able to top the Northwest Lady Patriots 44-15.

Edgemont opened the night with a 10-4 lead after the first period, and took an 18-8 lead into the half. However, a 10-point lead wasn’t enough to satisfy the Lady Panthers.

Northwest was held to one point to start the second half, as Edgemont extended its lead to a 30-9 advantage with a 12-1 run in the third quarter. They played out the final six minutes to come away with the 29-point win on their home floor.

Facing a talented group out of Northwest, the Edgemont Panthers had to grit out a 44-41 victory at home on Thursday.

Northwest led 14-8 to start the night, and continued to hold the lead going into the half with a 23-18 lead. Connecting on three shots from deep made a big difference in the Patriots’ first half efforts, but couldn’t find that same rhythm in the second half which proved to be costly.

Despite a low-scoring quarter for both teams, Edgemont worked down the deficit to one by the end of the third, leaving Northwest with just a 28-27 lead going into the fourth. The Panthers pulled off the comeback in the fourth with a 17-point frame to pull out the three-point victory at home.

Despite trailing early, the Parrottsville Lady Parrotts got things turned around on Thursday night to come away with a 51-28 home win over the Cosby Lady Eagles.

The Lady Eagles held the early advantage with a 14-9 lead after the first period, but it would be their final lead of the night. Parrottsville quickly bounced back with a 15-0 run that spanned the entire second period to take a 24-14 lead into the half.

The Lady Parrotts continued to expand their lead in the second half, taking a 41-24 advantage into the fourth and final frame before going on to claim the 23-point win at home.

The second and third quarters were pivotal in Parrottsville’s 59-35 victory over Cosby on Thursday.

The Parrotts outscored the Eagles 28-12 through the middle portion of the game to come away with the 24-point victory at home. Parrottsville touted three scorers that reached double figures.

Parrottsville held a 26-16 lead after one, and turned it into a 39-20 advantage at the half by holding the Eagles to just four points in the second period. The Parrotts further extended their lead to a 54-28 at the end of the third before riding out the final six minutes en route to the 59-35 triumph.

A beam and all-around victory for Hu, Porter springs first place on vault

Both Cosby and Parrottsville will be at home when they return to action next week. Cosby will host Northwest in a day game on Monday, while Parrottsville hosts Edgemont for a 6 p.m. tip.

The Lady Rockets of Bridgeport remained unbeaten on the season after a 48-3 win over Smoky Mountain on Thursday.

Madylyn Bible led the 10 players that posted scoring figures for Bridgeport with a game-high eight points.

Bridgeport opened the game on a 14-0 run that spanned the entire first quarter, and carried a 30-2 lead into the half. The Lady Rockets lead extended in the second half, as they took a 38-3 lead into the fourth before closing out the 45-point win at home.

The Bridgeport Rockets dominated from start to finish to pick up a 57-18 victory at home over Smoky Mountain on Thursday.

River Shropshire was one of two Rockets to post double-digit scoring figures in the win. He had a game-high 11 points, while teammate Devonte Wigfall added 10. Smoky Mountain was led by Levi Webb’s eight points.

Bridgeport opened the game with an 8-2 lead at the end of the first period, and took a 23-8 lead into the half. The Rockets continued to build on their lead in the second half, taking a 33-18 lead into the final frame before going on to close out the 39-point victory.

Both teams will switch roles to start next week. Smoky Mountain will be at home to host Del Rio, while Bridgeport will be on the road for a big contest at Grassy Fork. Both games are set to tip at 6 p.m.

The Grassy Fork Lady Ravens continued their unbeaten streak to start the season on Thursday with a 43-19 road win over Centerview.

Grassy Fork opened the game with a 12-4 lead to end the first period, and took a 27-9 lead into the half. Shelton had 10 of her game-high total in the first half.

The Lady Ravens extended their lead throughout the second half, taking a 38-15 into the final frame as they closed out the 24-point victory on the road.

Overcoming a slow start, the Grassy Fork Ravens overpowered the Centerview Falcons with a 49-21 road win on Thursday.

Cyler Davis led a trio of Grassy Fork scorers that reached double digits. He had a game-high 12 points at the end of the night. Peyton Raines poured in 11 and Spencer Moore added 10. Centerview was led in scoring with 11 points.

Centerview led to start the night with an 11-4 lead at the end of the opening frame. Grassy Fork responded in a big way, though, using a 26-0 run that spanned the entire second period to take a 30-11 lead into the half.

Davis had 10 of his game-high total in the second quarter, alone. The Ravens would go on to outscore Centerview 43-4 through the second and third periods on Thursday.

Grassy Fork’s dominance continued to start the second half, taking a 47-15 lead at the end of the third, as the Ravens were led by Raines’ 9-point frame in the third. With the decision well in hand, Grassy Fork rode out the final six minutes for the 28-point road win.

Centerview will be off to start next week, and won’t be in action again until next Thursday when it hosts Northwest. Grassy Fork will host a major matchup on Monday when it welcomes Bridgeport to its gym. Both contests are set for 6 p.m. starts.