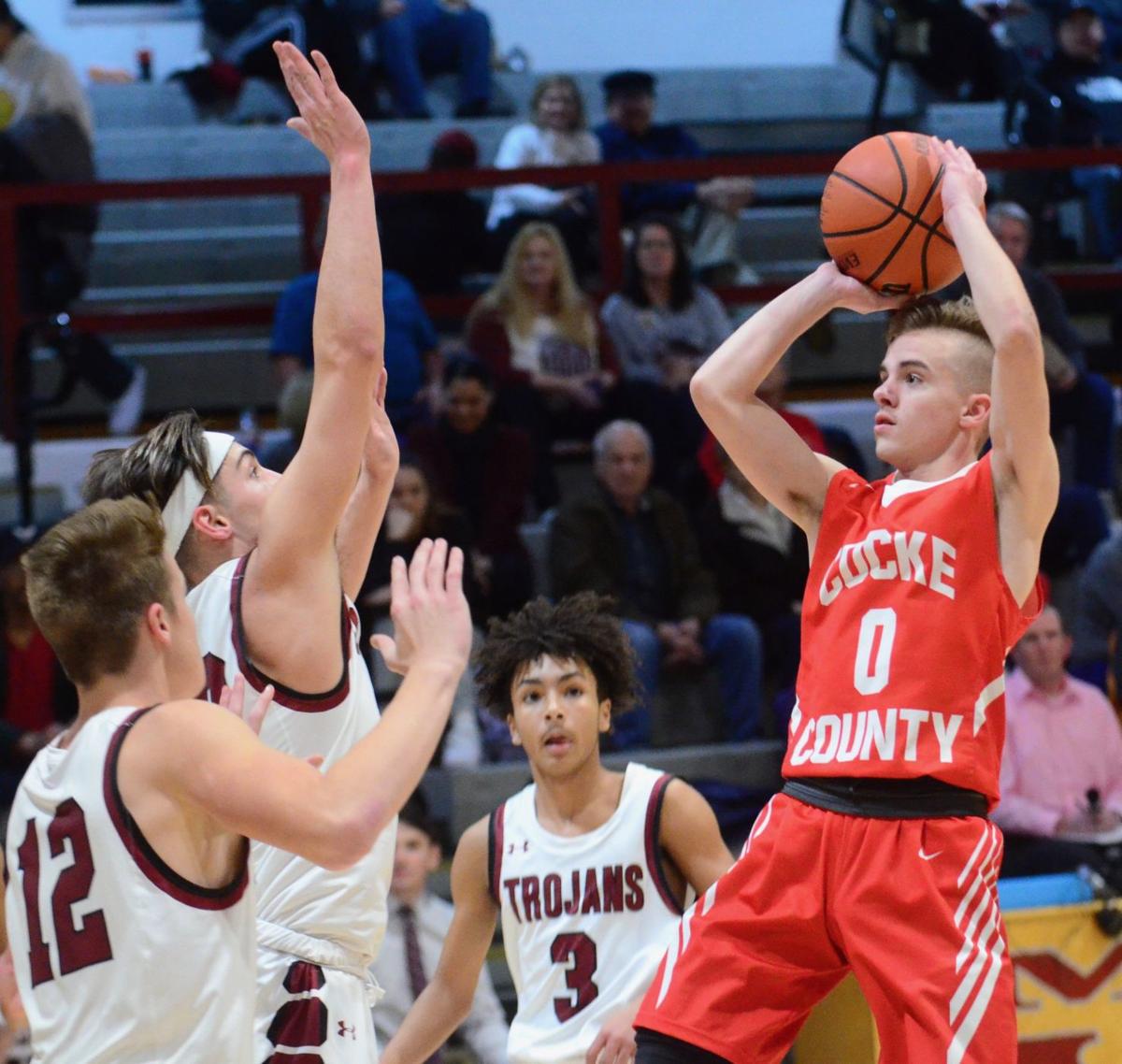 CCHS freshman Hayden Green pulls up for a shot in the paint during Tuesday night’s matchup at Morristown West. 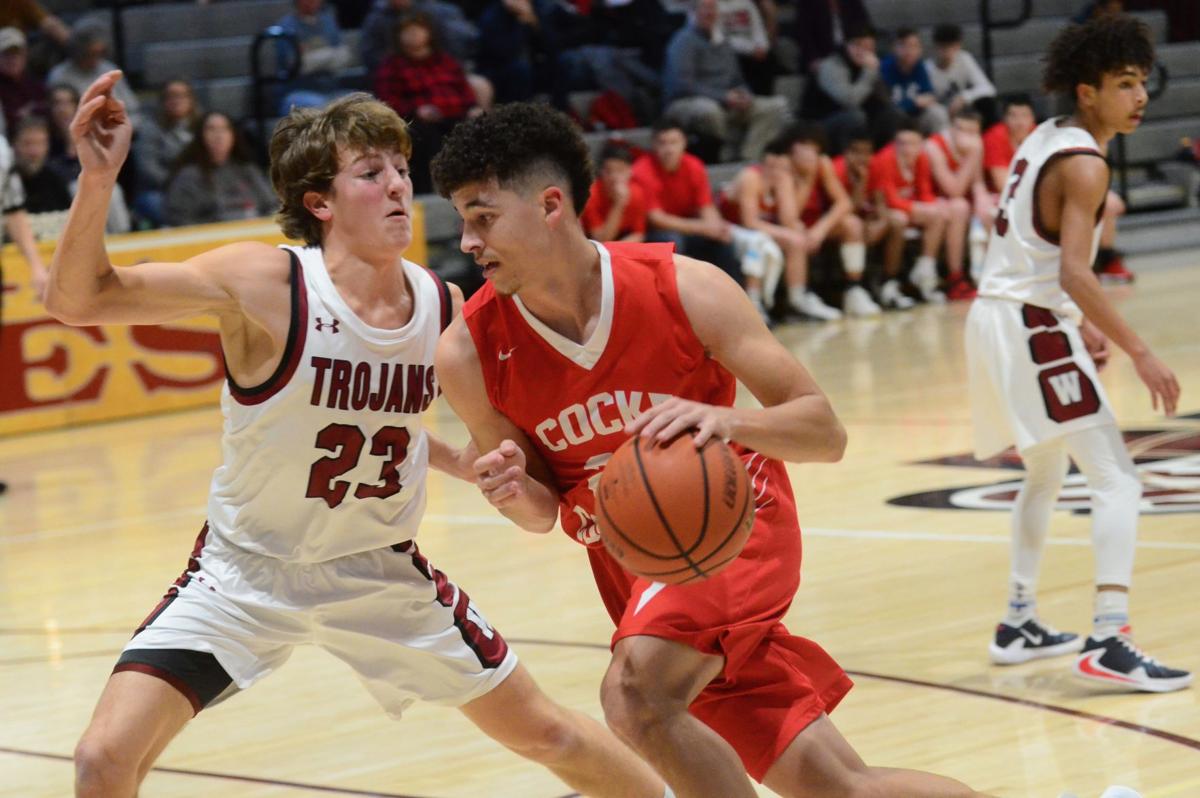 CCHS freshman Hayden Green pulls up for a shot in the paint during Tuesday night’s matchup at Morristown West.

MORRISTOWN—The scoreboard didn’t show it, but the Cocke County High Fighting Cocks’ demise was decided in a short span that they’ll look to put behind them in a hurry.

Cocke County was within one of the lead midway through the second period, but a sequence of events that transpired to finish the first half and start the second half were the deciding factor in a 72-49 defeat to the Morristown West Trojans on Tuesday.

For head coach Ray Evans, Tuesday’s display was another frustrating outing from a team that he’s hoping can turn its fortunes before the postseason starts.

Morristown West (15-9, 4-4 District 2-AAA) took a 16-6 lead after trailing Cocke County (6-15, 1-8 District 2-AAA) 6-2 through the opening minutes. Trent Lovelace had 10 of the Trojans’ first points, and was a player Evans stressed his team would need to slow down if it were to have a shot at the upset.

“We’re still having trouble with spells in the game were we just aren’t executing on defense,” Evans said. “We had a game plan to slow down (Lovelace), but then he comes out and scores the first 10 points. We knew we weren’t going to stop him, but felt we could at least slow him down. It’s frustrating when right before the game you tell your guys who they need to stop, and then he goes unguarded.”

The Fighting Cocks responded by cutting the deficit to one with a 9-0 run, but the Trojans distanced themselves for a 36-21 lead at the half and built it into a 45-21 lead to start the second half.

Matt LaFleur: ‘There was never a doubt’ about keeping Mike Pettine as Packers’ defensive coordinator

“I thought we played better the rest of the first half after the bad start,” Evans said. “We still sputtered on offense, but were playing better. Then same thing happens to start the third quarter and took us out of it. The game plan was there, but we have to do a better job of executing.”

It was a six minute stretch of events that killed Cocke County’s chance at the win. Just as Morristown West had knocked down a 3-pointer, Evans was issued a technical foul after a disagreement with officials over a no-call on the other end the previous possession.

“It was a 2-point game late in the first half, but then we had some episodes happen,” Evans said. “I should’ve never got a technical to begin with, but it is what it is. There was a spread of a few minutes that just got out of control and that’s where we let the game get away from us.”

The Trojans quickly turned a 2-point lead into a double digit advantage, leading 30-17 with just a few minutes left in the half. CCHS trimmed the lead back to single digits for a moment, but the Trojans ended the half on a 6-0 run to lead 36-21 at the break.

Once the lead was pushed past 20 points, it remained there for the rest of the night. West led 59-35 at the end of the third, and maintained its distance in the fourth for the 23-point win.

Cocke County will look to bounce back at home to close the week by hosting Seymour on Friday for a 6 p.m. tip-off.

2BR, 2BA, in trailer park across from Northwest School, $450