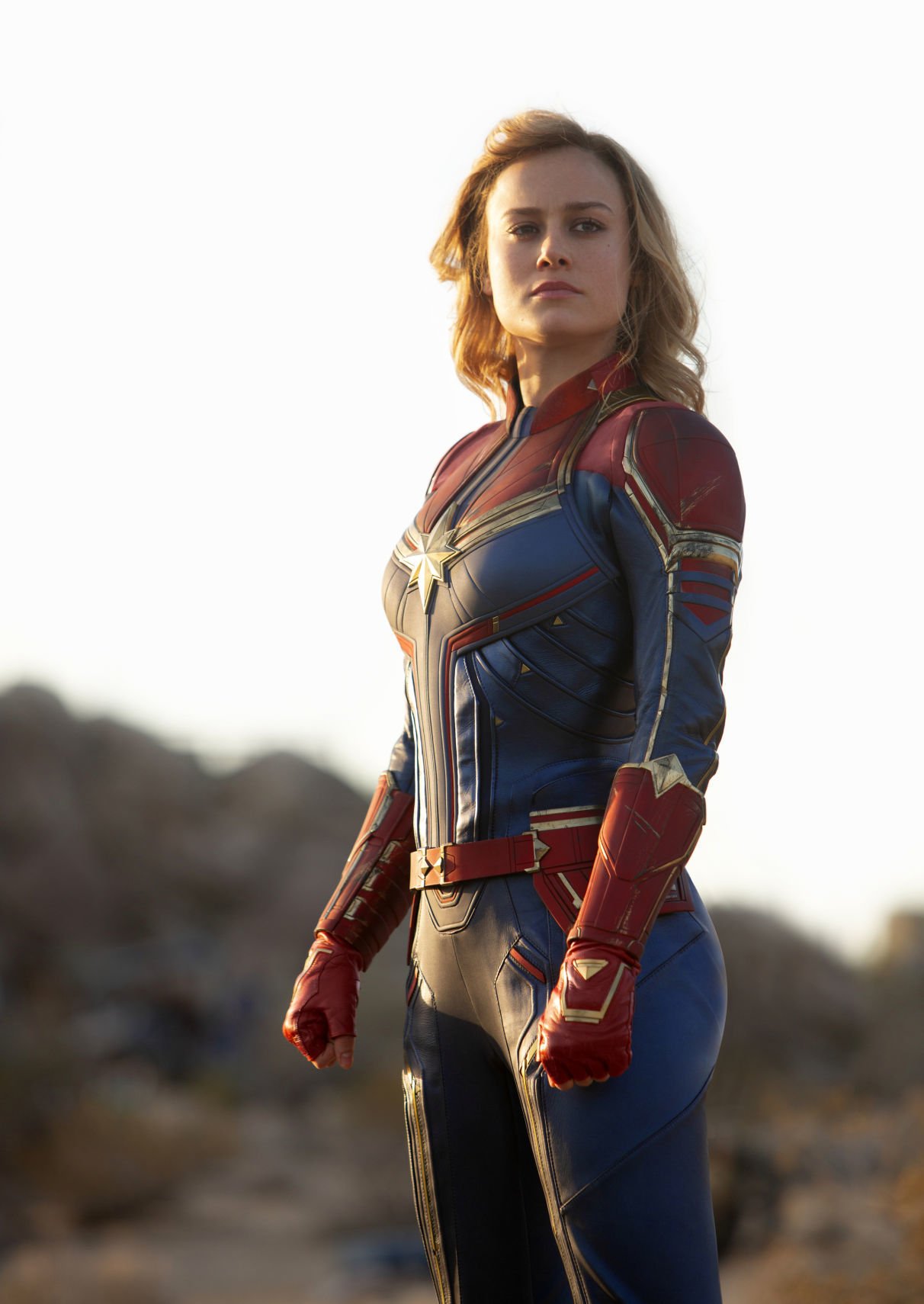 This image released by Disney-Marvel Studios shows Brie Larson in a scene from “Captain Marvel.” 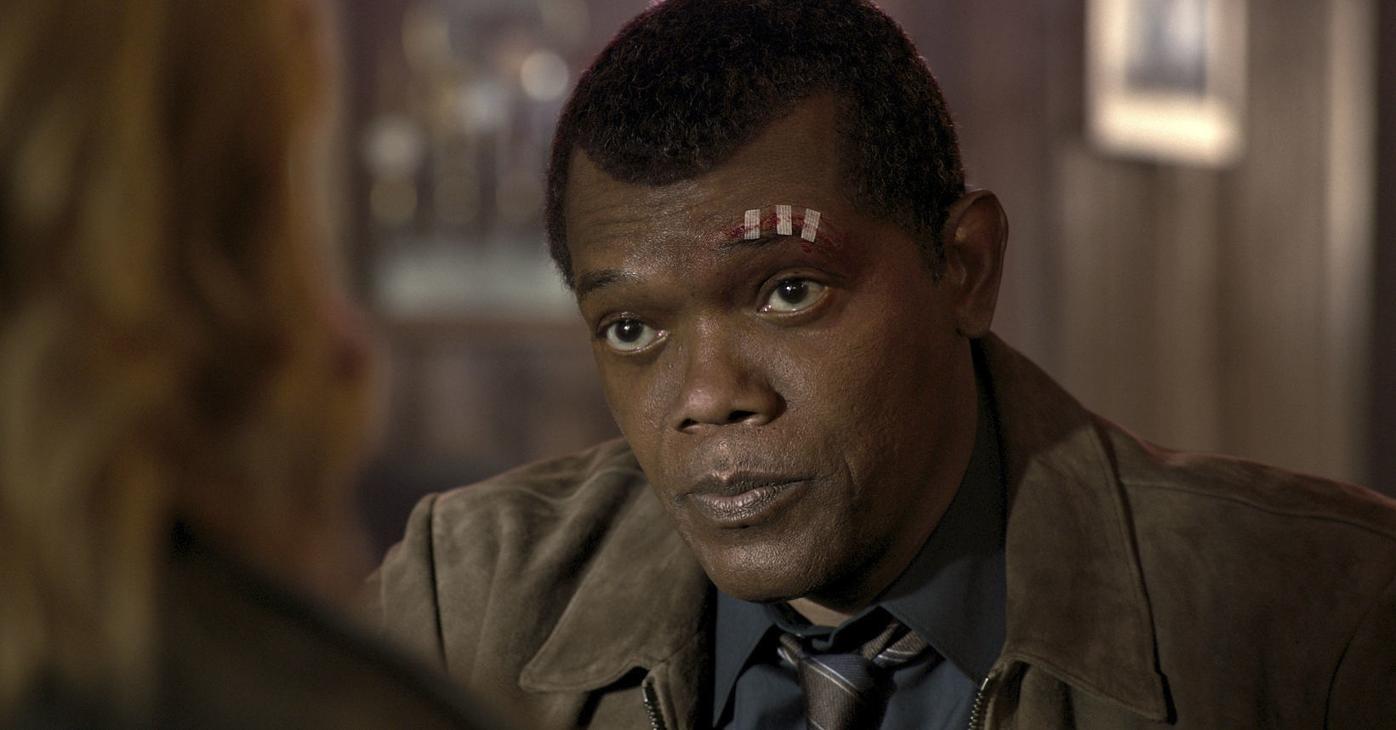 This image released by Disney-Marvel Studios shows Samuel L. Jackson in a scene from “Captain Marvel.” 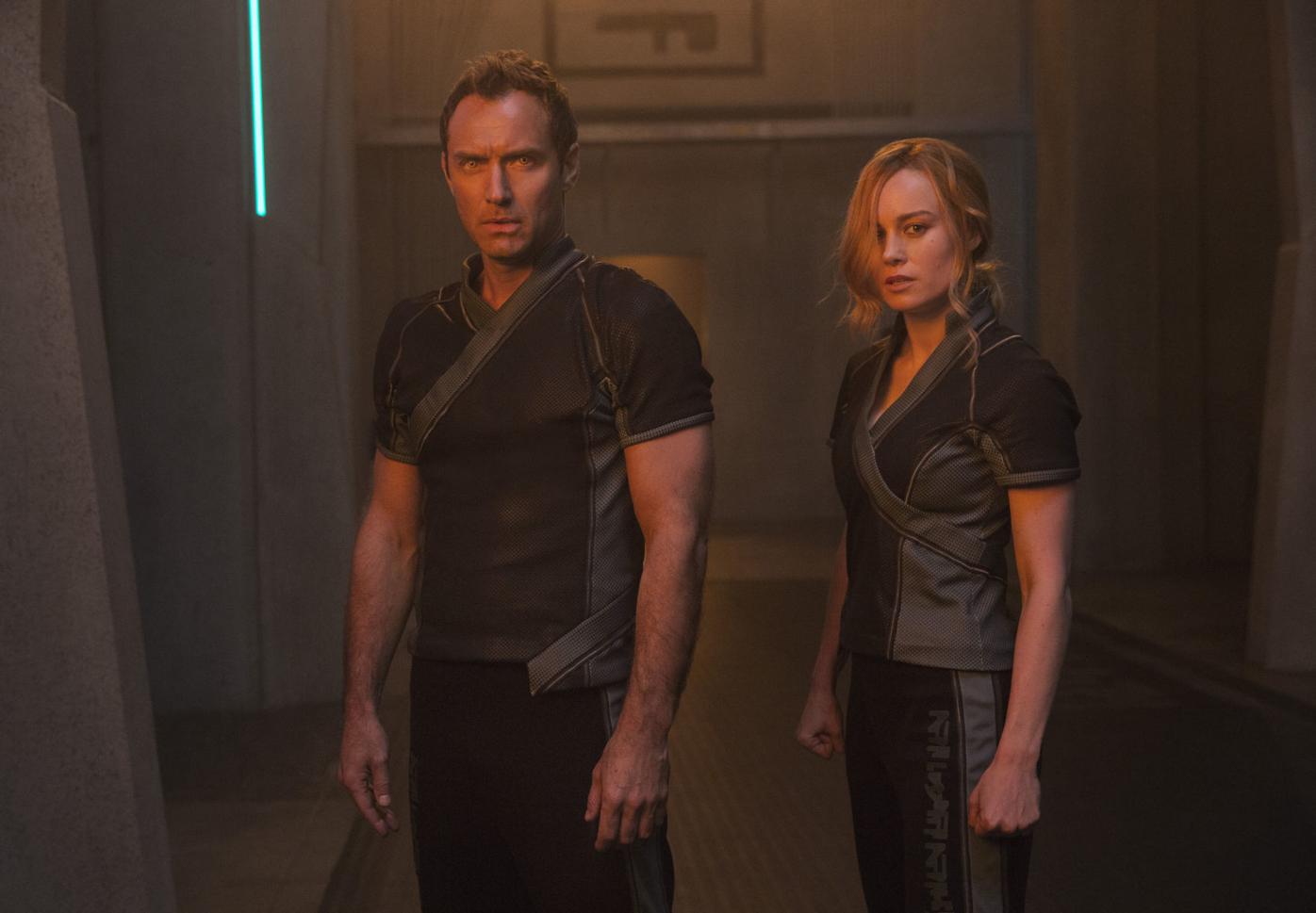 This image released by Disney-Marvel Studios shows Jude Law, left, and Brie Larson in a scene from “Captain Marvel.”

This image released by Disney-Marvel Studios shows Brie Larson in a scene from “Captain Marvel.”

This image released by Disney-Marvel Studios shows Samuel L. Jackson in a scene from “Captain Marvel.”

This image released by Disney-Marvel Studios shows Jude Law, left, and Brie Larson in a scene from “Captain Marvel.”

As a boy, my favorite super hero was Captain Marvel, billed by Fawcett Comics as “The World’s Mightiest Mortal.” Captain Marvel was the most popular superhero of the 1940s, outselling even Superman.

However, National Comics Publications (the company that became DC Comics) sued Fawcett for copyright infringement, claiming that this flying strongman in a cape looked too much like Superman. After a big legal battle, Fawcett threw in the towel and ceased publishing Captain Marvel.

In 1972, DC acquired the rights to Captain Marvel from Fawcett. But little did they know that during that period when Fawcett had not published, Marvel Comics began publishing their own Captain Marvel, claiming the comic book’s title. DC had to publish stories about their newly acquired superhero under the title “Shazam!”

Marvel’s original Mar-Vel was concocted by legendary comic book editor Stan Lee (who passed away in November) and artist Gene Colan. The character first appeared in Marvel Superheroes No. 12 (December 1967).

However, in a bid for diversity, Captain Marvel morphed into being a female.

Carol Danvers first appeared in Marvel Super-Heroes No. 13 (March 1968), her character created by Roy Thomas and Gene Colan. At first she was known as Ms. Marvel and described as “Marvel’s biggest female hero.” She didn’t become Captain Marvel until Avenging Spider-Man No. 9 (July 2012) — long after I had served as publisher of Marvel Comics (handpicked by Stan Lee to take over that title).

Now, Marvel is bringing this gender-modified character to the silver screen. Oscar-winner Brie Larson has taken on the caped costume to play Captain Marvel in this latest blockbuster movie.

Directed by Anna Boden and Ryan Fleck, the film will officially introduce Larson as the franchise’s first headlining female superhero.

The plot follows Carol Danvers (Larson), a former fighter pilot, as she turns into Captain Marvel and joins Starforce, an elite Kree military team. Returning home to Earth, she has lots of questions about her past. Meanwhile, her home planet is caught up in a conflict between two alien worlds — the militaristic Kree and the shapeshifting Skrulls.

Linking her to the Marvel Cinematic Universe is the appearance of Nick Fury (Samuel L. Jackson). The story is set in 1995, so we meet a younger version of the future director of S.H.I.E.L.D. — here he has hair and no eyepatch.

Jude Law is on board as the commander of Starforce, with Djimon Hounsou as his second-in-command. Gemma Chan is a Starforce sniper. Ben Mendelsohn appears as Nick Fury’s boss, but is actually the shape-shifting leader of the Skrull’s invasion of Earth.

And Stan Lee appears posthumously in a cameo.

The movie has faced some real-life drama. Just like Russian hackers tried to influence the U.S. elections, a campaign of negative reviews on Rotten Tomato tried to cripple “Captain Marvel.” Apparently, these phony reviews were intended to break Marvel’s run of 20 hit blockbusters in a row. The supposed complaint was about Larson being a vocal feminist.

Fanboys and trolls who have such concerns need to get a date.

Shirrel Rhoades is a film critic and former media executive. He previously served as executive vice president of Marvel Entertainment and has produced several movies and documentaries. He was also a senior faculty member of New York University’s Center for Publishing. He lives in Key West, Florida, and Lake Lure, North Carolina. Contact him at srhoades@aol.com.