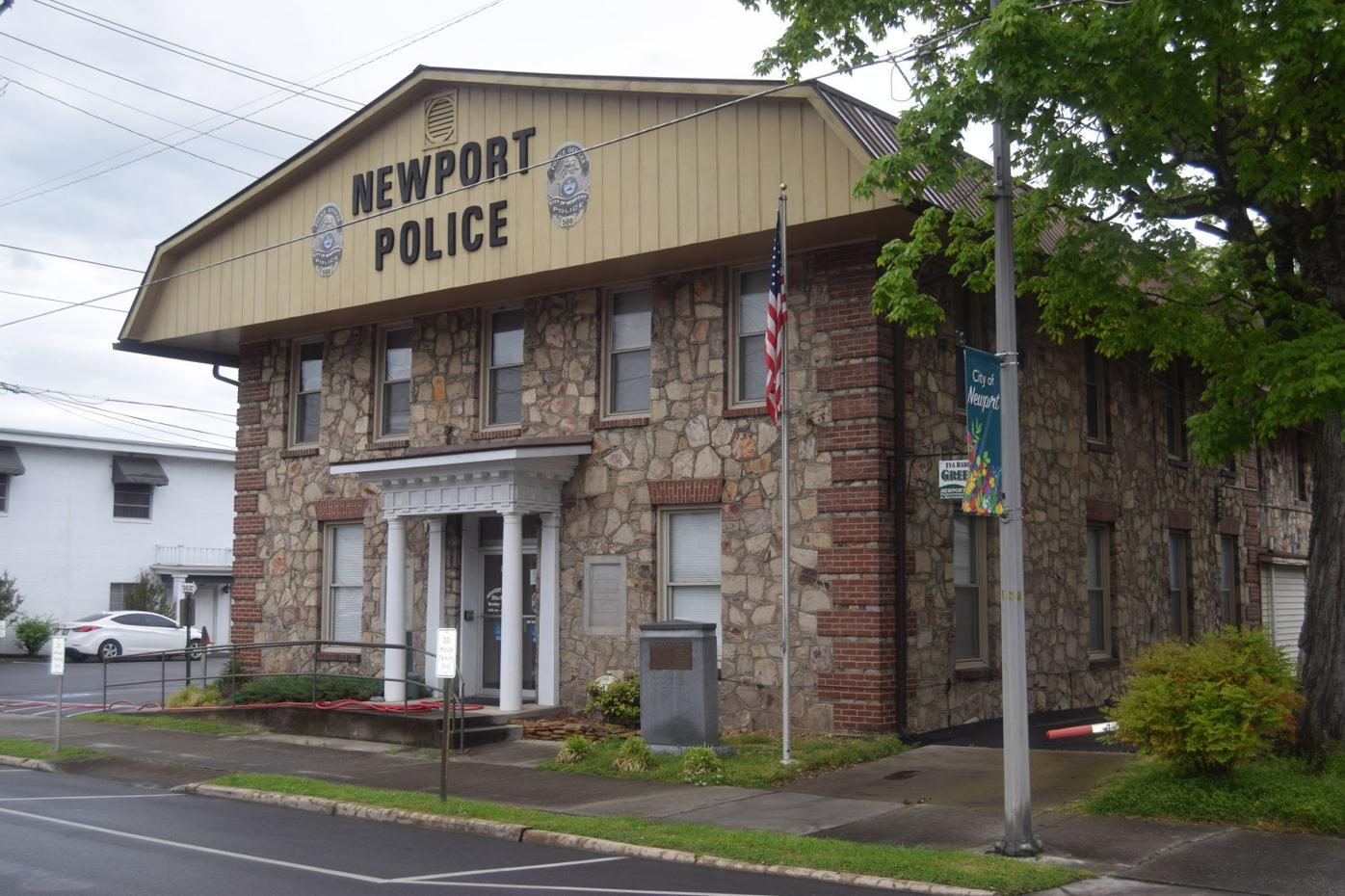 The bottom floor of the Newport Police Department dates to 1868, making it the oldest building in downtown Newport. 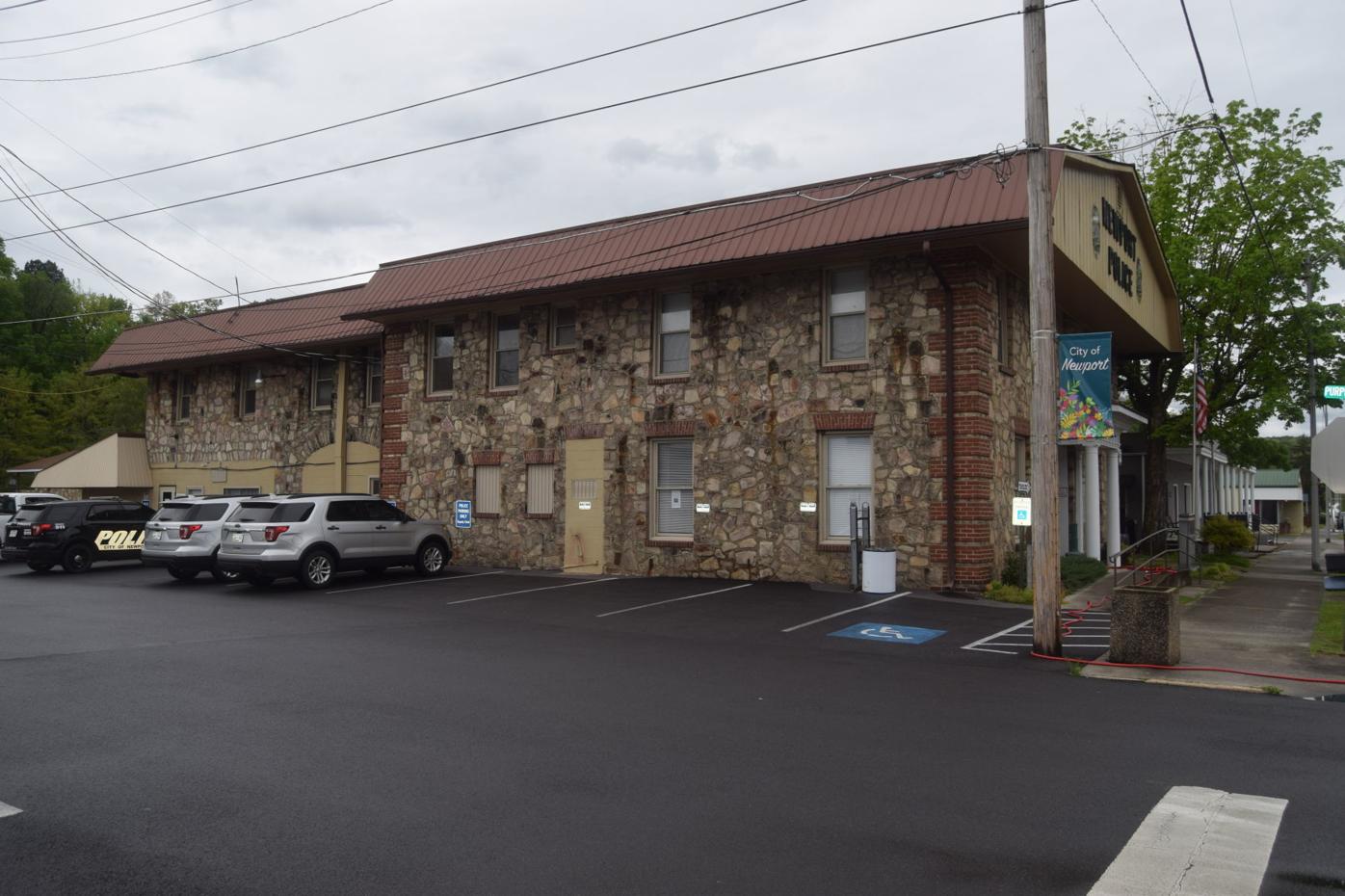 The west side of Newport Police Department shows how the building stretches north toward the Pigeon River. At one time the Newport Fire Department was housed in that part of the building. 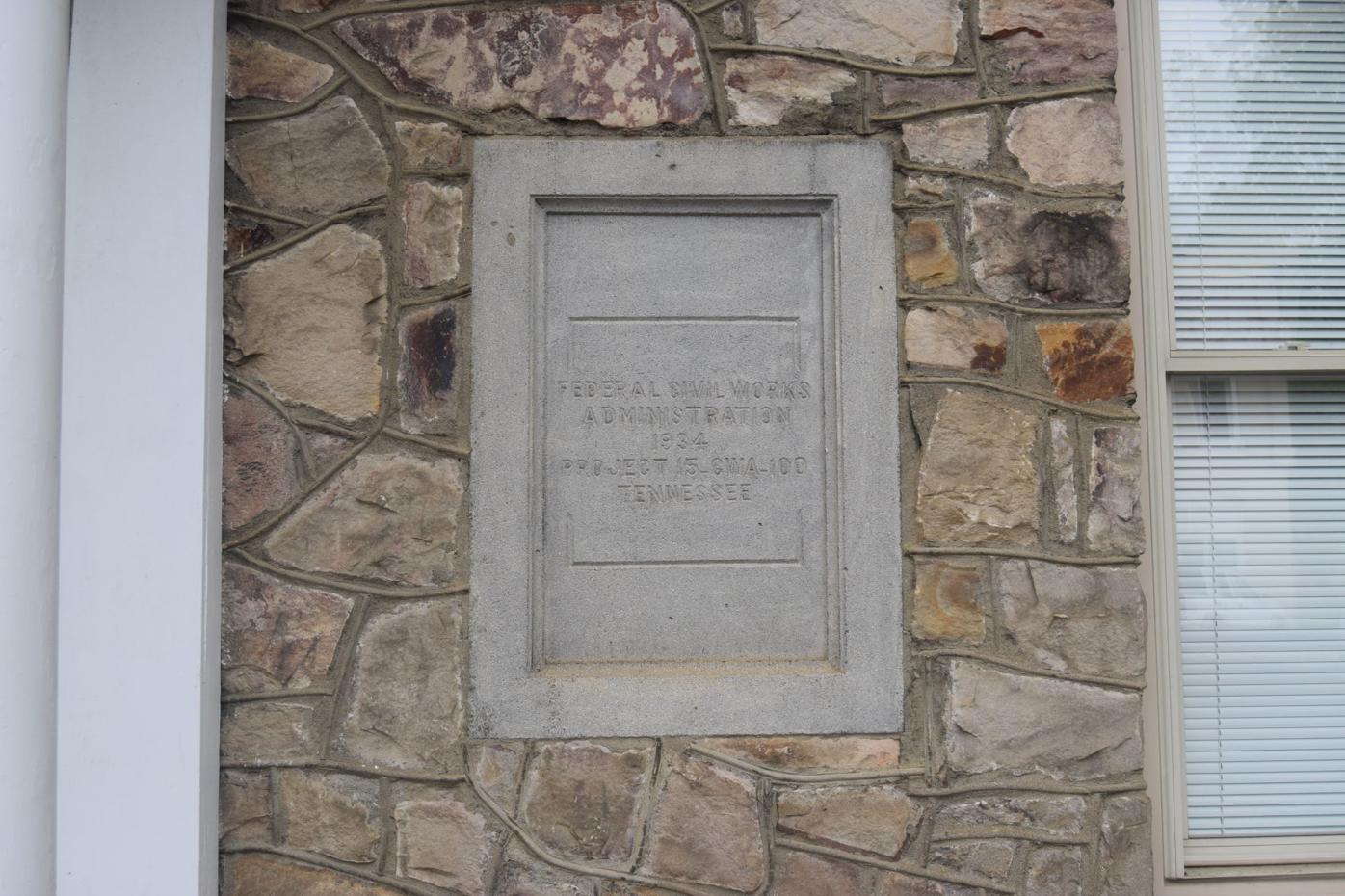 A plaque in the front wall of the Newport Police Department was placed there in 1934.

The bottom floor of the Newport Police Department dates to 1868, making it the oldest building in downtown Newport.

The west side of Newport Police Department shows how the building stretches north toward the Pigeon River. At one time the Newport Fire Department was housed in that part of the building.

A plaque in the front wall of the Newport Police Department was placed there in 1934.

A popular saying today is “I just had an a-ha moment!”

The comment describes the instant when something suddenly becomes perfectly clear, perhaps a fact that has been staring us in the face for quite some time, but which we had never really thought about before.

I had one of those moments last week after “Cousin” Susan Ball, who works at the Newport Police Department, emailed a request for any history of the building I might have. It seems remodeling and upgrading are underway there and she wanted to have something to put into a time capsule.

While I knew that the original part of the building began life as a hotel/boarding house and that my mother’s great-uncle Thornton Loyd was one of it owners along the way, I did not realize how historically significant the building is to Newport.

For many years I’ve believed and caused many others to believe that the Masonic Lodge is Newport’s oldest building. This past week I found myself corrected.

From February of 1934 to September of that same year much progress was made in Newport.

On Feb. 23, 1934, the Newport Plain Talk carried the following story on its front page, “above the fold.”

CITY HAS OPTION ON NEWPORT

HOTEL PROPERTY AND HAS

PLANS DRAWN WOULD HAVE

According to city officials, a new city hall for Newport now appears nearer a reality than at any time for many months. Recently an option was taken on the property of the Newport Hotel, opposite the Plain Talk office, and application for funds placed with the CWA. Such application is now under consideration and the opinion prevails that favorable action might be taken.

If the deal goes through a part of the present hotel building would be used as a cottage for firemen, and a family kept there at all times. The front construction, which would be used for city hall purposes, would be of native stone with borders of brick. Tentative plans have already been drawn and these, as stated, were filed with the CWA application.

It is pointed out that the saving in rent would take care of the interest payments and set aside a surplus fund for the repayment of the principal. This would mean that no addition in the tax rate would be required and that the building could be paid for over a term of years with ease. The matter was taken up some months ago when the government announced that funds would be available to municipalities for such projects. Final action on the application is expected within a short while. If it is granted, work on the new building would commence immediately.

The deal was closed on the East Main Street property quickly and remodeling began at once. The lead story in the March 16, 1934 issue of the paper updated readers.

Within the short space of three months the city of Newport will have an imposing city hall. That fact became known following a called meeting of the mayor and board of aldermen Thursday evening at which the city dads voted to purchase the Valentine property on Main St., the present site of the Newport Hotel, for $7,000.00, for the purpose of erecting thereon a new city hall. For several weeks the proposition has been under consideration, an offer being made by the CWA to aid materially in the construction. That is, the CWA has approved the project with approximately a $7,000 outlay for labor and $2,300 for materials. They will put up a total of $9,300, which according to estimates made by M.O. Allen and Ben Click, will cover the cost of remodeling and improvements. In return for this aid the city purchased the ground and the buildings. The CWA aid comes under the head of Tennessee Re-employment and the closing of the present CWA in two weeks will not affect the city hall proposition in any aspect.

Present plans call for the tearing down of the majority of the present hotel buildings. The rear wing of the building will be wrecked and in its place a five-room frame and stone cottage will be erected for a resident fireman. Nearer the river a garage will be constructed to house the city truck equipment consisting of water wagons, garbage trucks, etc. The fire equipment will be housed in the rear of the city hall proper, a garage and room for firemen being planned for that space.

The city hall building will be constructed of native stone which will come from a quarry in the Bridgeport section, and will be trimmed with brick facings. The porches will be torn down, as will the most of the inside partitions. The ell, which is at present a part of the hotel, will be torn out and the front wall will be raised to the height of the present roof. New floors will be laid throughout and all old material will be replaced.

The administration offices will be located on the first floor of the new hall and the second floor will be made into a courtroom and assembly hall. Driveways and walkways will be constructed on both sides of the building when it is completed, to facilitate entrance.

Besides being a great improvement over the present city hall in attractiveness and convenience, the move will mean a great saving to taxpayers. The rent which is paid for the present hall amounts to $960 a year, while six percent interest which will be paid on the $7,000 cost of the property will amount to only $420 a year, thus effecting a saving on rent of $540 per annum.

The work of vacating the building will start on the tearing down of the condemned parts of the structure Monday morning. Ben Click, who will be the foreman of the job, estimates that about three months will be required to complete the new city hall.

Later that week, another front page story gave a history of the old hotel building and something in this item provided yours truly with an “aha!” moment.

One of Newport’s Landmarks Being

As a host of workmen began the job of tearing down the larger part of the Newport Hotel on Monday morning, many of those who were watching progress were wondering just what the history of the old building had been. A Plain Talk representative called on C.B. Mims believing that “Uncle Charlie” could give a brief resume of the life of the present ramshackle building, which will, within a few months, become the new city hall. “Uncle Charlie” had quite a few of the facts in mind and set out the following details.

The first building was erected in 1868 by D.P. Click, who purchased the lot from Thomas Gorman. Gorman at that time had in his possession the greater part of the property lying east of the depot. The building was a one-story affair and was used as a boarding house. Later, the second story was added, and the imposing structure assumed the name of Hotel Click. In the year 1887 its first owner was killed when he was struck by a Southern Railway switch engine on Main street. The owners of the building between that time and the year 1926, are as follows: Click, sold it to J.A. Conway; after Conway’s death the property was transferred by the executor to J.A. Denton, who later sold it to J.H. Walker; from Walker the hotel became the property of Squire Oscar O’Neil. Later, it was transferred to T.E. Loyd.

Press Valentine purchased it from C.B. Mims, executor of Loyd’s estate, eight years ago, and has operated it as the Newport Hotel since that time. The town of Newport purchased the land and buildings thereon last Friday for the sum of $7,000. Monday morning workmen began razing the greater part of the structure, preparatory to the erection of a new city hall. It is estimated that the work will require about three months.

As the Bard of Avon said, work on the project “continued apace,” and by early September the new City Hall was ready for occupancy. On Sept. 7, 1935, a small announcement, again on the front page, invited citizens to “visit the structure.”

The mayor and board of aldermen are extending a cordial invitation to the people of Newport to be present at the formal opening of the new city hall on Monday, September 10. Throughout the day and during the early hours of the evening persons will be on hand to show visitors through the beautiful new building, and it is the hope of the officials that hundreds of Newport people will take advantage of this opportunity to view the structure which has been erected on the site of the former Newport Hotel.

The Hall, which was completed under TERA projects, will also include, when finished, a fireman’s cottage and sleeping room for resident firemen, and a large stone garage which will be located in the rear of the lot, and will be adequate to house the city machinery and the jail. The fireman’s cottage is completed and work has begun on the garage.

The city hall owes much of its attractiveness to its designer, M.O. Allen, city manager of Newport, who has been instrumental in securing the maximum of beauty and sound structure on the limited funds available. Scores of people have proposed to place a tablet in the building in recognition of Malcolm’s work.

The building has served Newport citizens well, housing city offices, along with the police and fire departments for several decades. Let us hope that it has many more years of service in its future.