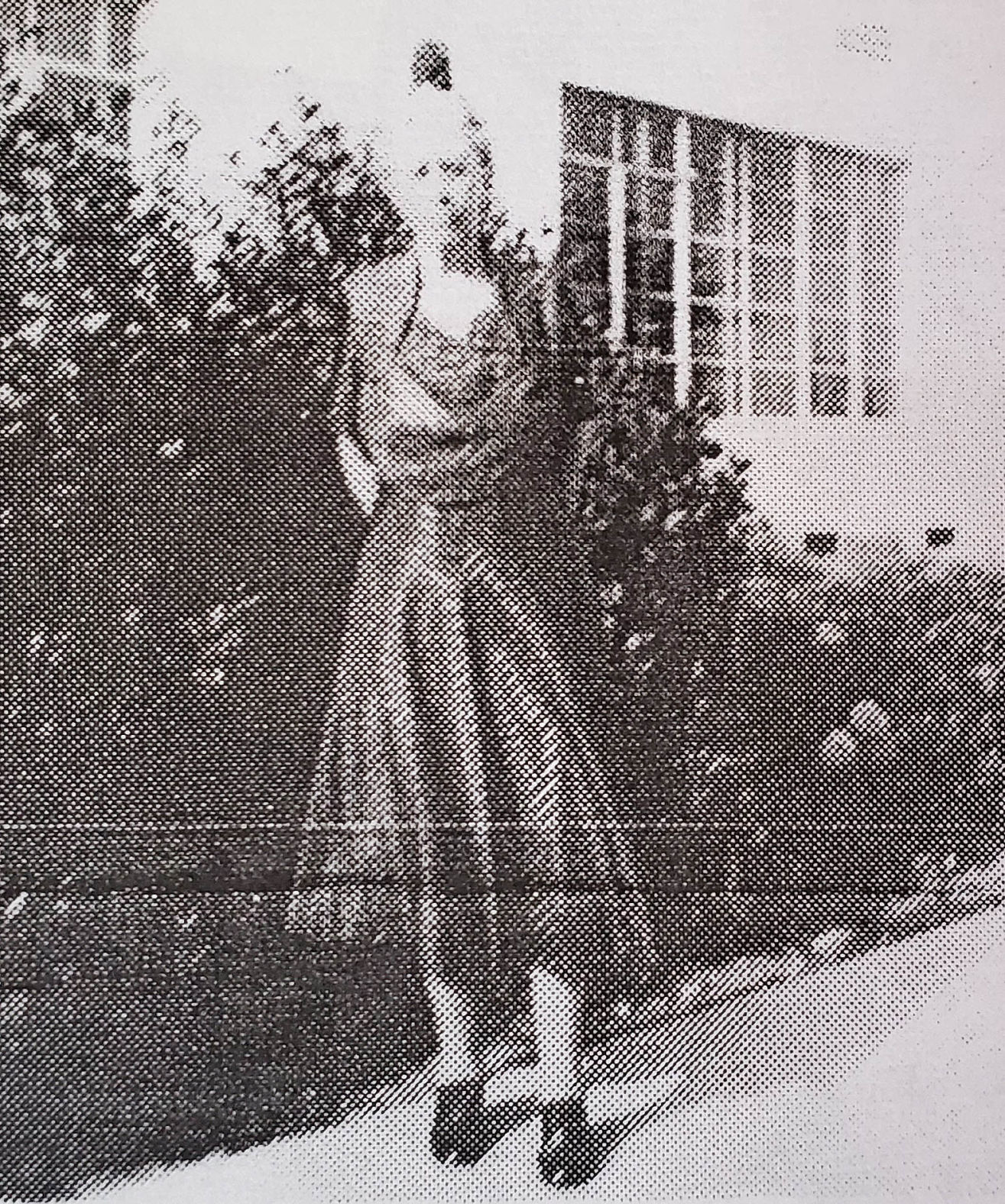 Miss Sarah Cochrane, a photo taken in her retirement years. 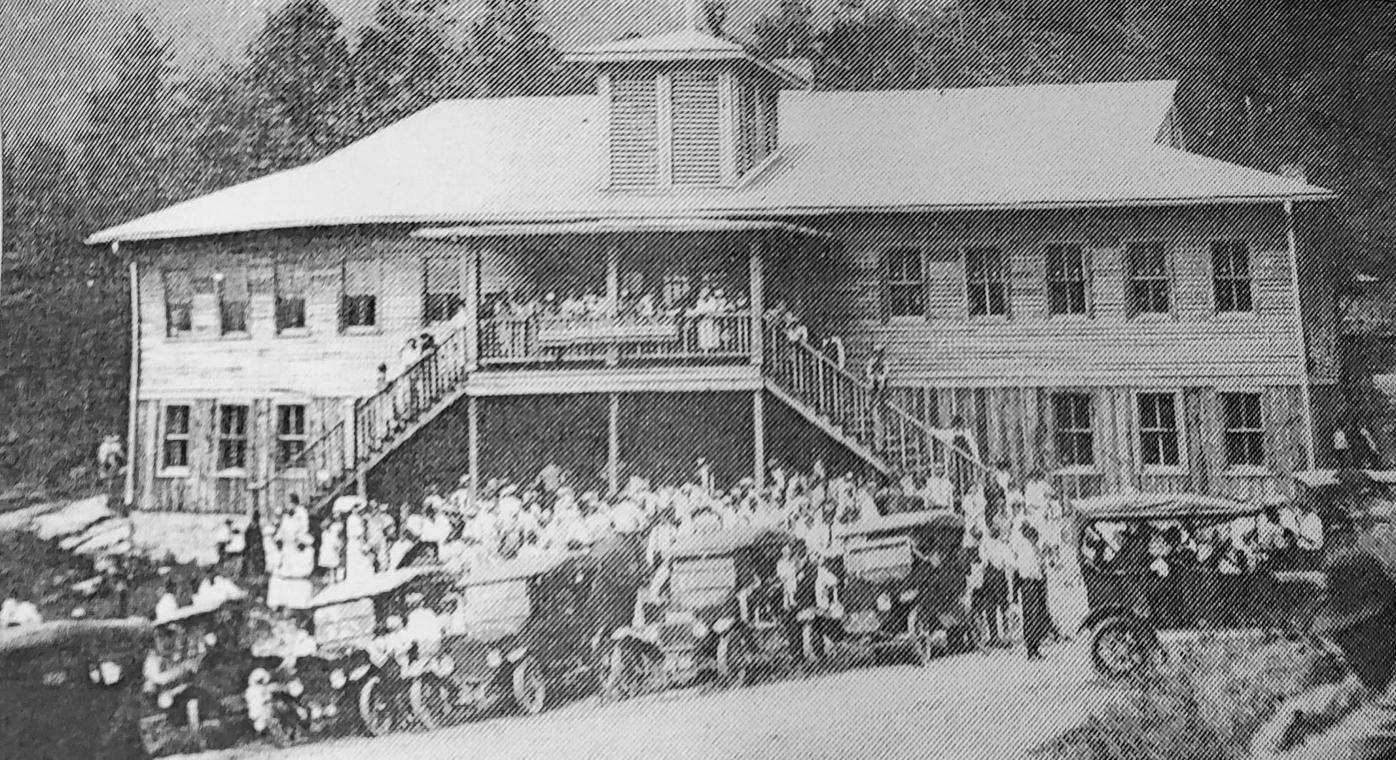 A large crowd attended the dedication of Sunset Gap School. The building stands today, continuing to serve the community in new ways. 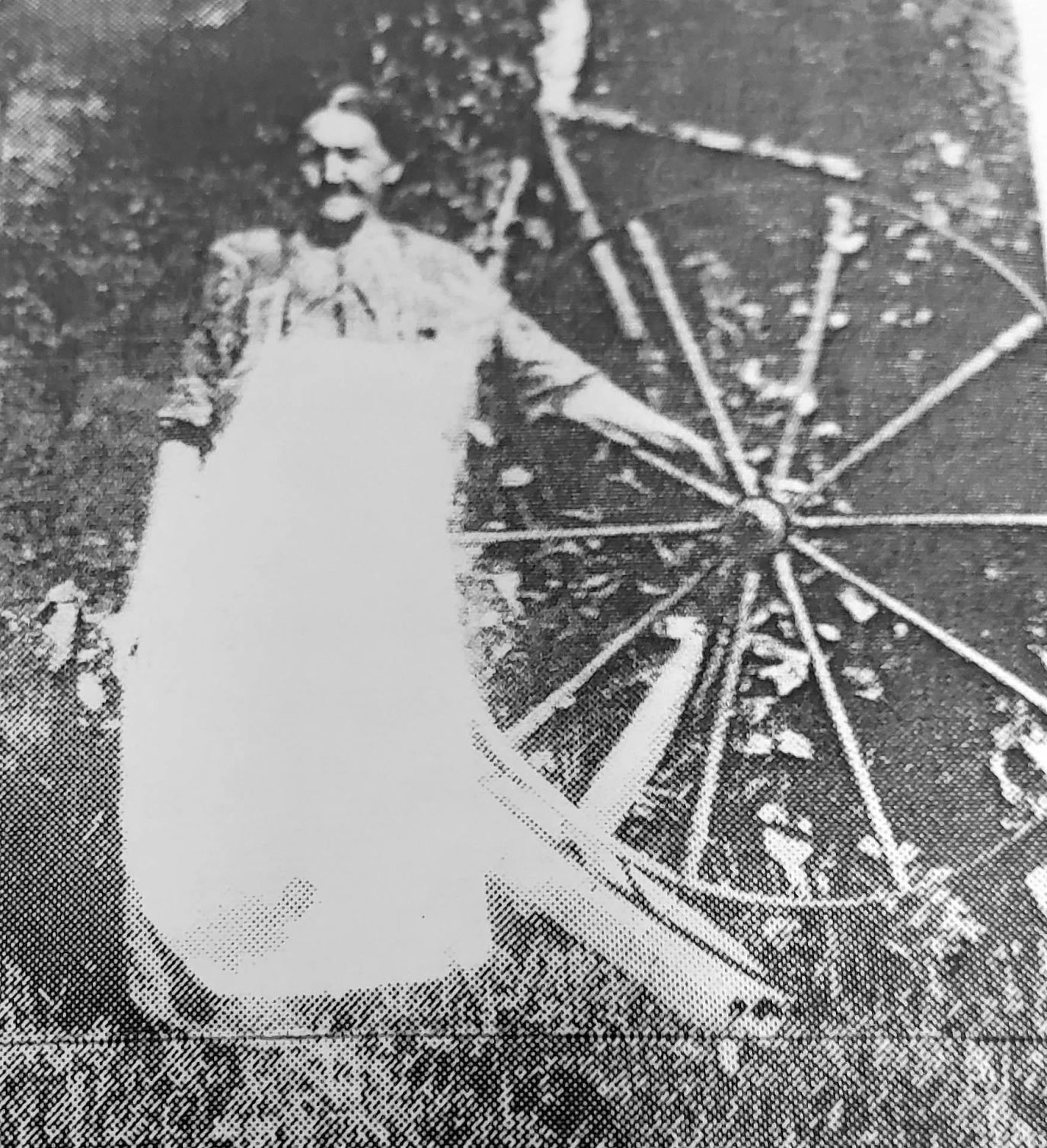 Elizabeth Hicks Williams (Mrs. Ance), mother of ten sons and one daughter, was determined her grandchildren and great-grandchildren would have a proper education.

Miss Sarah Cochrane, a photo taken in her retirement years.

A large crowd attended the dedication of Sunset Gap School. The building stands today, continuing to serve the community in new ways.

Elizabeth Hicks Williams (Mrs. Ance), mother of ten sons and one daughter, was determined her grandchildren and great-grandchildren would have a proper education.

One of the most unique historical sites in Cocke County is Sunset Gap Community Center.

Sitting partially in Cocke and partially in Sevier County, it has served our community for nearly a century, starting as a school and then evolving into various other lives along the way.

Its history begins in the days when this area was among the most remote of both counties. Most of the families living in the area were of English and Scots-Irish decent, proud, smart, no-nonsense folks.

In the days before proper roads connected the area to Newport and Sevierville, before telephones and televisions, before public health workers, children in the area often had no chance for an education.

And then along came the mission schools, such as those established by the Presbyterians at Sunset Gap, Moraine, and Ebenezer here in Cocke County. Quite often a single teacher coordinated the efforts with local families building the structures, sometimes with financial help from the counties.

One such school was located on Wilhite Road in the Sunset Gap area. Four miles from the county line, the school was called Juniper and was founded in 1900 by a Miss Hadden from the Women’s Board of Missions of the Presbyterian Church of the U.S.A. She directed the school for a decade or so until the death of a sister called her home.

In July of 1916, a new teacher arrived, Miss Sarah Cochrane.

Initially sent by the Board of Missions to close Juniper School, she found a strong desire on the part of several local families to keep the school going. Miss Cochrane was convinced to stay and operated Juniper until 1922. Only receiving partial support from the local families, she announced the closure of Juniper.

Upon hearing this news, a local mother, Elizabeth Hicks Williams, wife of Ance, began a campaign to keep the school. As the mother of a large family of ten boys and one girl, she desperately wanted them to have educational opportunities. Her ten sons and one daughter had learned to read and write at Juniper, and now her grandchildren and great-grandchildren were ready to be educated.

Mrs. Williams was a woman of action as well as of words. In 1923, she offered Miss Cochrane and the Presbyterian Church ten acres of land near the county line on which to build a school. Two Cocke County families, the J.D. Williams and the D.T. Templins, then gave land on their side so the school could be built right on the county line. Doing so brought help from both the Sevier and Cocke County boards of educations. For a time each county supplied one teacher and Miss Cochrane, as principal/administrator, represented the Presbyterian Church.

Classes at Juniper continued in early 1923, but Miss Cochrane moved almost immediately to the new property, where she lived in a tent the first year while the Teachers’ Cottage was built. Work on the main building began in the summer of 1924.

Initially called Glenwood, the school’s name was changed to Sunset Gap in 1924 or 1925 after a visitor first used the term to describe the sunset he saw from the school’s front porch.

Miss Cochrane came to be known as a force to be reckoned with and one might think the building of a Presbyterian Church would have ranked high on her list of priorities. But she understood that local churches were already established and encouraged the locals to attend their own church. For those without a church, she held Sunday School services at Sunset Gap. Two main goals—setting a Christian example of care and concern and the training of Christian leaders for the community—were her priorities.

By 1928 her desire to improve the community’s health care had led her to have a clinic built. During the school’s first year, she learned that over 50 percent of the local children were tubercular. This, plus other diseases, drained the children’s energy. Miss Cochrane arranged the daily schedule and even the yearly calendar for the best benefit of the children. The older children came to school in July, after summer crops were planted; children in grades 1-3 attended from late March through November when muddy roads and cold weather arrived. By grades, the children were bathed, given cod liver oil, and put to bed for a nap each day. A Pennsylvania gentleman shipped case after case of cod liver oil to her in bottles featuring bright labels touting “Sunshine Medicine.” She also added a hot lunch program and recreation period.

Each summer Miss Cochrane enlisted the help of the Sevier County Public Health Department to establish special clinics to fight a particular illness. For example, in 1925, the focus was on typhoid fever. The next summer brought a community-wide inoculation program against typhoid and diphtheria. For nearly two years in the late 1920s, a nurse was in permanent residence at Sunset Gap’s new clinic.

Additional teachers came and went during this time, including Miss Josephine Burrows from Pennsylvania. She would marry at Newport fellow, John Ruble, and remain in Newport for the rest of her life. The Rubles became the parents of two daughters, Mary Ruth and Josephine ‘Jo-Jo,’ both of whom died in recent years.

In 1929, Miss Cochrane and Miss Burrows set sail for “foreign lands” as noted in the following article which appeared in the Plain Talk on Jan. 4.

Will Sail From New York on Jan. 10 For Trip to Mediterranean and Visit Other Points

Misses Sarah Cochrane and Josephine Burrows, instructors at Sunset Gap school on the Cocke-Sevier county border, left Newport yesterday for New York where on January 10th they will sail on the Adriatic for a trip abroad. The journey will lead into the countries bordering on the Mediterranean, and during their absence they also expect to spend about ten days in the Holy Land. During the absence of the two ladies the school at Sunset Gap will be in charge of Misses McCullough, Vankovering, Williams, and Ahler. The trip abroad of Misses Cochrane and Burrows will consume about two and a half months. They will debark on the going trip at Naples, Italy.

oThere will be about ten days intervening between the landing of the Adriatic and the sailing of the Laurentic, the ship upon which the ladies will return to America. During their stay they expect to visit many of the important cities of foreign countries. It has been suggested to Misses Cochrane and Burrows that they did not want to miss Monte Carlo, where they would have the chance to try their luck at pitching a few franks (sic) into the coffers of the roulette operators. With a twinkle of the eye Miss Burrows replied that she might do just that thing. The two ladies left Newport in fine spirits and were expecting to have the “times of their lives” on the visit to foreign lands.

Miss Cochrane remained at Sunset Gap until 1948 when failing health forced her retirement. Eventually she moved to a retirement home for missionaries in California where she lived until her death in 1964.

The number of students whose initial education began under the watchful eye of Miss Cochrane is high. An amazing number continued their education elsewhere, with several entering Washington College, a Presbyterian school, in Washington County.

Of special interest is the fact that several of Elizabeth Hicks Williams’ descendants themselves have become teachers and continue to leave their positive marks on the world today. Of her, Josephine Burrows Ruble later said, “She would have been president of all kinds of women’s federations had she been able to read and write...she didn’t need to, though.”