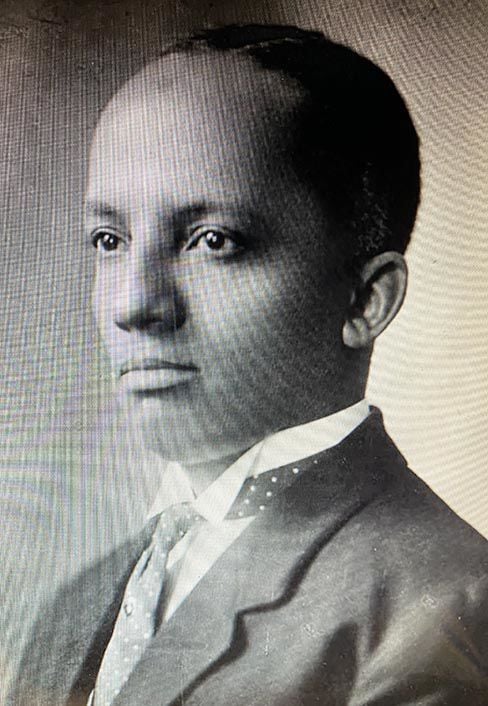 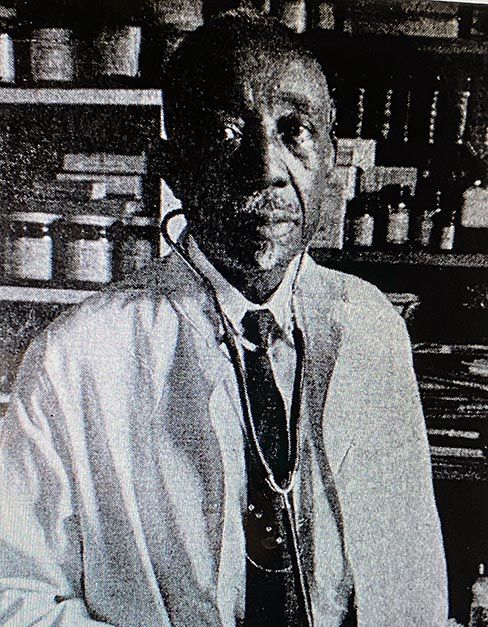 Dr. Dennis Branch of Newport was honored on “This is Your Life” in 1958. 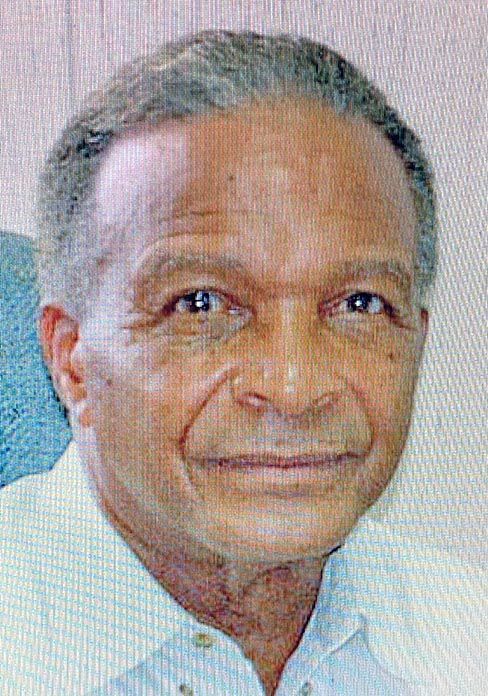 Dr. Dennis Branch of Newport was honored on “This is Your Life” in 1958.

February is Black History Month, but like me, most people are not aware of its origins. As an observance it dates back nearly a century.

In 1926 Dr. Carter G. Woodson (1875-1950), a black historian, author and journalist, proposed the idea of a Black History Week for the second week of February to coincide with the birthdays of Abraham Lincoln on the 12th and Frederick Douglass on the 20th. The purpose was to generate recognition of the importance of black history. Woodson is regarded as the “Father of Black History” because he was one of the first scholars to study the history of the various peoples of African descent and their dispersal throughout the world.

Woodson was born in Buckingham Co., VA to former slave parents. As a child he could only attend school on the days when the weather made farm tasks impossible, but he persevered and eventually earned a bachelor’s degree from Berea College, a master’s from the University of Chicago and a doctorate from Harvard. Even after receiving the advanced degree, he had to teach in the public schools because no university would hire him. Eventually he gained employment at West Virginia State University (Institute, WV) and later at Howard University (Washington, DC.)

Woodson’s idea of a Black History Week received only lukewarm support in 1926 with only a few states and cities giving it recognition. However, the seed had been sown. In 1969 the Black United Students at Kent State in Ohio took up Woodson’s idea and proposed an entire month for Black History, which they implemented in February 1970, and from this the observance has flourished.

As a part of our nation’s Bicentennial, President Gerald R. Ford in 1976 proclaimed February as “Black History Month,” encouraging all citizens “to seize the opportunity to honor the all-to-often neglected accomplishments of Black Americans to EVERY endeavor of our history.” Every president since has a similar proclamation.

All races and cultures have a history, and each and every group has had persons who have preserved the histories for future generations by various methods. In the earliest times it was by word-of-mouth until such time that others began writing it down.

This then evolved into printing and now in the technical era it is photographed and recorded. A question that remains unanswered is what has influenced these persons from the beginning of time until now to develop the interest and skill in preserving the history. Take the family unit; there is usually one person who seems to know more than anyone else about the heritage and genealogy.

In the African cultures, this person is called the “griot” (pronounced “gree-o”). Griots are the repositories of oral traditions and are really combinations of a historian, storyteller, musician and poet. Much history of a culture can be found in its literature and music.

The griots were very important in any community as it was their responsibility to delineate and perpetuate the family histories as well as maintain a record of important events. For a young person who showed an inclination for these things, there was a strenuous time of training, much like an apprenticeship, under the older griot. The older generations had to make sure that the younger ones were fully informed.

In 1905, the philosopher George Santayana wrote, “Those who cannot remember the past are condemned to repeat it.” The African griots had been operating on this premise for centuries. Because of their knowledge and understanding of their community’s history and people, the griots were often called upon to be mediators of disputes.

As to America and Black History, a beginning date is 1619 when the first group of slaves from Africa arrived at the colony in Jamestown, Virginia. Why was it nearly three hundred years before this subject was given serious consideration? As a Caucasian, I have some conjectures as to an answer, either of which is open for disproval or amendment:

(1) The disturbing conditions under which black persons lived and endured after coming to this country would not be something pleasant to remember. Daily survival was more important than focusing on the past. (2) Basic education of the blacks was forbidden and suppressed by the white authorities, making the recording and understanding of their history harder. (3) Once emancipation was gained, the white authorities resisted education for the black citizens, and when it was provided, they were often indifferent as to its quality. (4) As a means of self-preservation, blacks have tended to “keep their own counsel,” in that they have been careful in sharing their opinions, ideas, knowledge and observations, which could include their history. (5) Because of the grim parts of their past, the black culture has tended to look forward, rather than backward, with a hope that the future will be better.

The history of every group in every culture is important, and its historians should see that the stories are told from the perspective of the culture, not outsiders. The Old South and its agricultural economy were created through the toil, sweat, tears and blood of the slave culture, not from the lifestyles of the wealthy slave owners, just as the great industrial fortunes were built from the labor of the manual workers who toiled in the factories, not by the industrialists who are mentioned in the history books. Descendants of the workers have often lacked pride in their heritage because history has given neither group the credit each deserved.

For two years I taught a class in Black History at Cocke County High School. It was an interesting experience. We were somewhat “winging it” because there were few resources available to us. I had a college textbook on Black History and the students had a junior-high textbook. I probably learned more history than the students, and they certainly shared with me a great deal about black culture.

I sensed the class’ overall disinterest in learning about their history. Years later I better understand that, to many students, history is not relevant, and for the black students, their history may have been depressing.

Even the mention of the accomplishments of black Americans, most of whom were unknown to them, didn’t bring much excitement. There were such people as the poet Phyllis Weatley, the explorer Matthew Henson, Madame C.J. Walker, the first black millionaire, James McCune Smith, the first black medical doctor, and Garrett Morgan, who invented the three-way traffic light. In fairness, they were a little more interested in the black entertainers and sports figures.

A college student Melinda Goodrum came to the class with the idea of putting on a play to observe Black History Month, but the class did not show much interest in that. They probably would have gotten into producing rap routines.

There IS much Black History here in Cocke County. The local schools have produced many successful black citizens, some who have gone elsewhere, but many who have stayed here. Mammy Robinson was not only a black evangelist but a woman evangelist at a time when both of those were unique. There was Dr. Branch who was the first Newportian to be featured on a national TV program. For 77 years, the Tennessee Picnic has been a biennial event for citizens, who have moved away, to return home, to honor their roots and reunite with their folks here. Newport has had two popularly-elected black mayors — Roland Dykes Jr. and Roland Dykes III. In 2002 when the town was threatened by a KKK assembly, the greater portion of citizens, both black and white, quickly countered by organizing a Diversity Festival.

Yes, Cocke County can be proud of its Black History.