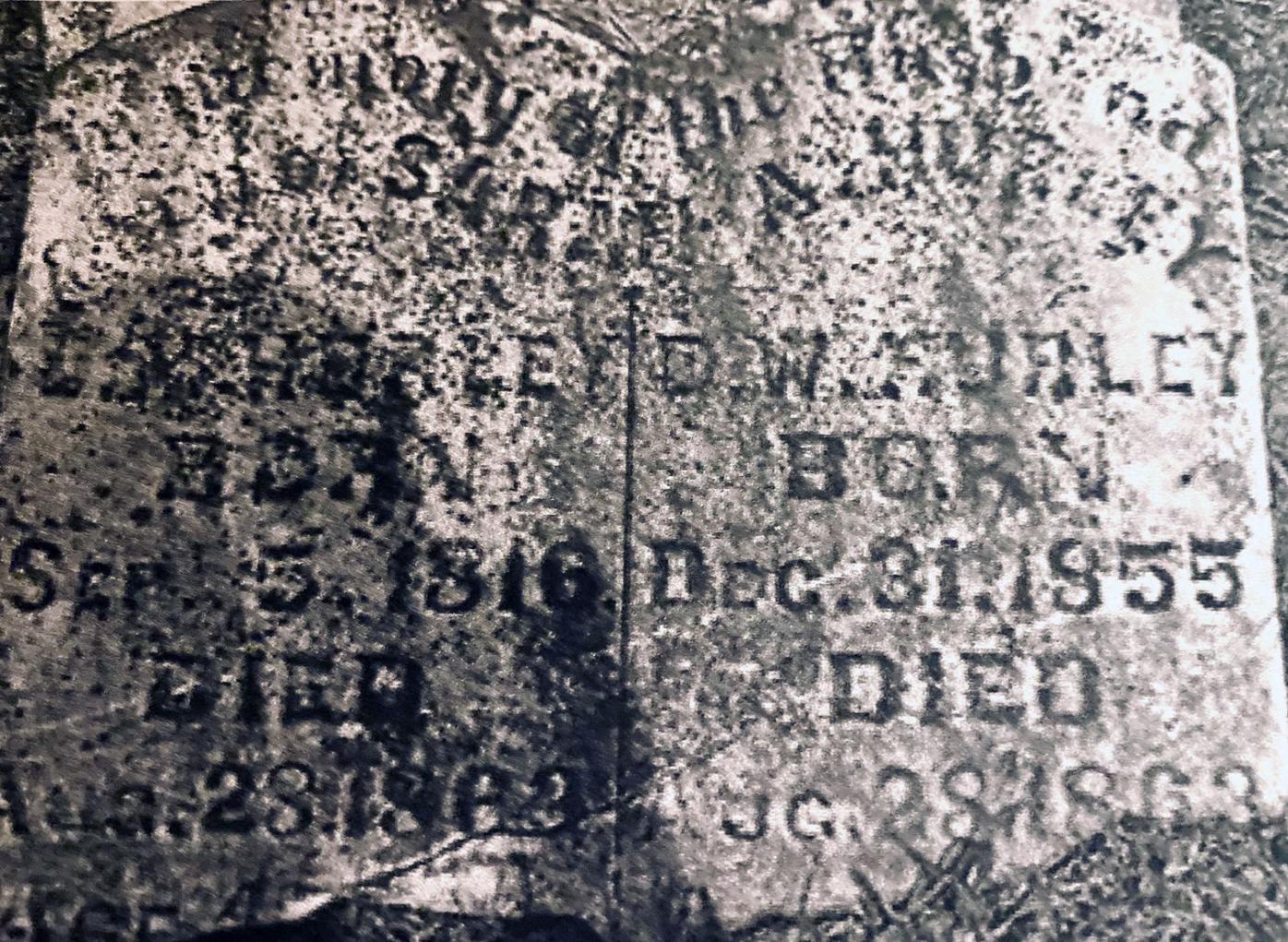 Double tombstone for James Hurley and his son Daniel in Clay Creek Cemetery. 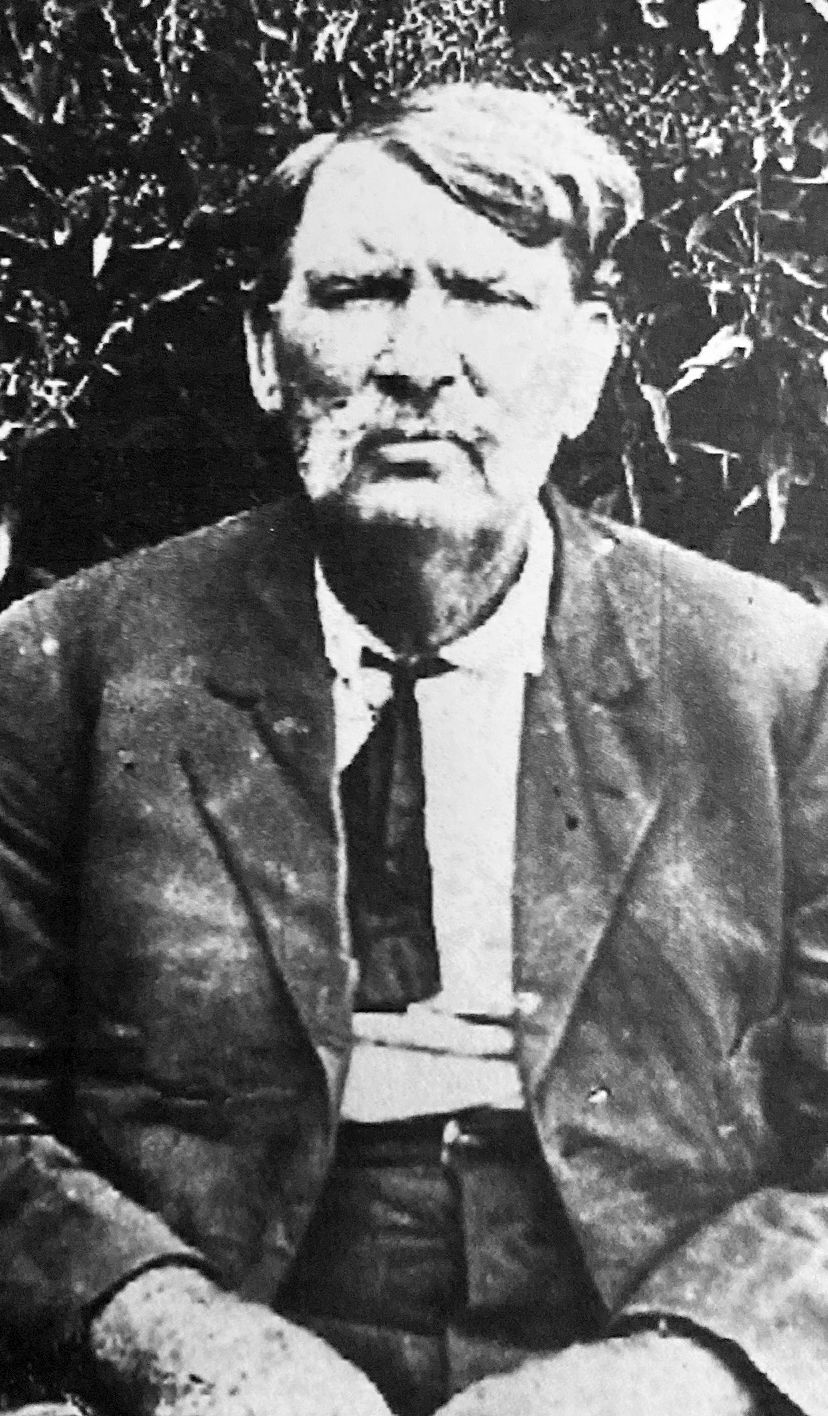 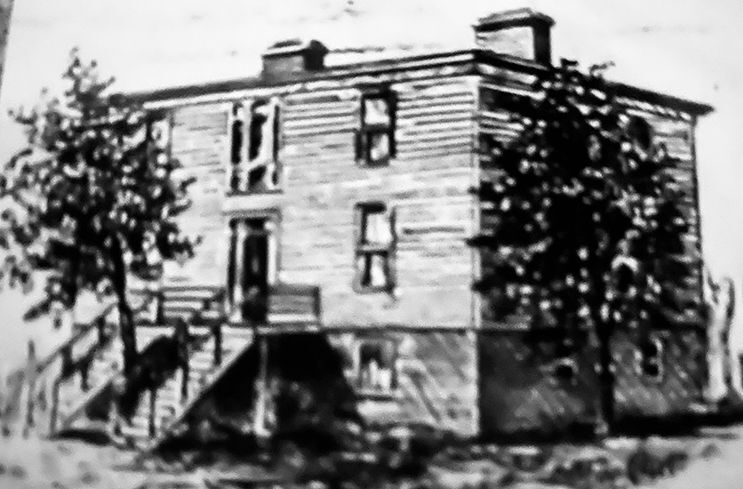 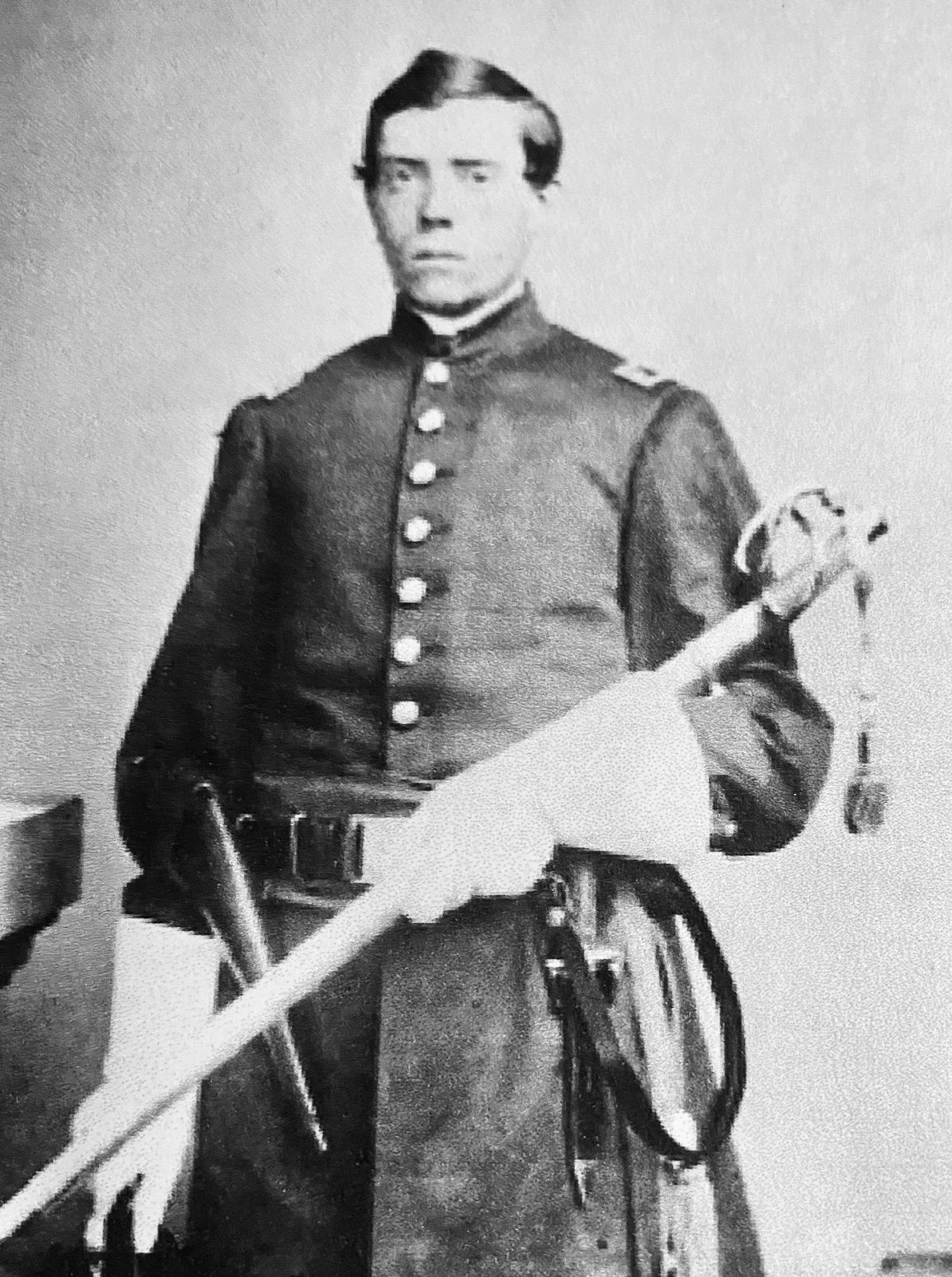 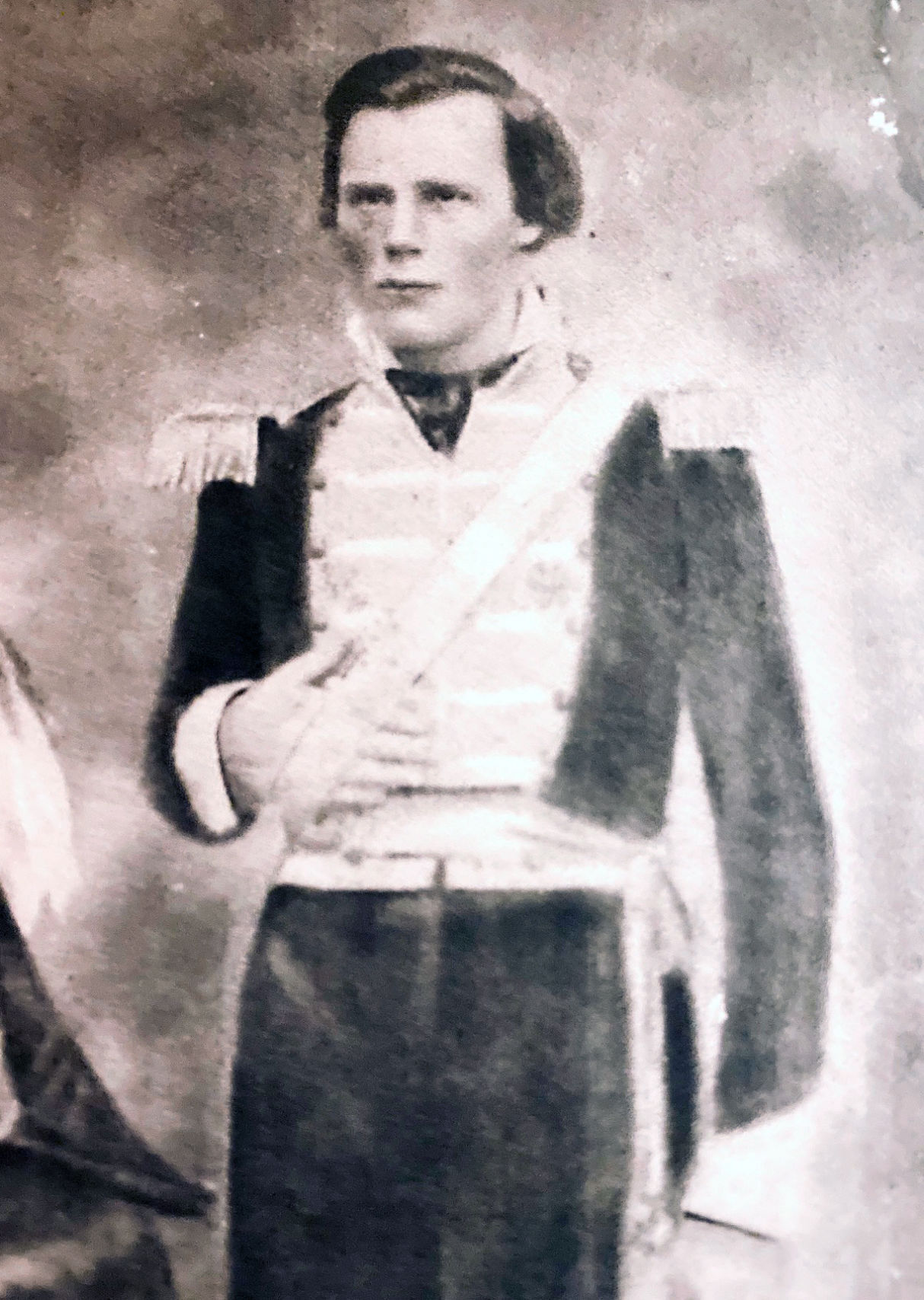 Double tombstone for James Hurley and his son Daniel in Clay Creek Cemetery.

We will continue this week with more reports of war activity in this area during the years 1862 and 1863. It is sometimes difficult to imagine such things happening right where we are today.

Southern Confederacy [Atlanta], March 9, 1862 (from Greenville [TN] Banner, 26th Feb.) PATRIOTISM WHAT IS. While there are so many examples of perfidy to blacken the name of East Tennessee, there is much redeeming virtue in a few instances of patriotism to be found among her people. In Cocke county, heretofore a strong Union county, there lives old William Harper, near 70 years of age. When the first call for volunteers was made he mustered seven sons into the ranks of the Southern army and proposed to go himself, but he was rejected on account of his age. Sometime afterwards, one of his sons died in camp at Bowling Green, and the old hero stepped out again upon his trembling limbs and demanded that he be received in his place, but he was again refused. There are seven brothers by the name of Rains {sic] in the Southern army from the same county. In Cocke county if there were more such families, she would set down as a game Cocke.

[The sons of William Harper were George, Thomas, Mack, William, John, Isaac and Garland. Only Thomas remained in Cocke County. George, Mack and William all moved to Arkansas. John and Garland went to Oklahoma. Isaac was the one who died at Bowling Green. The sons of Joel Raines were Isaac, James, Joel, Jr., Hiram, Alfred, Gilbert and John.]

Fayetteville [NC] Observer, April 28, 1862: The Knoxville Register adds that a citizen of Jefferson county, Tenn. made from the dust beneath a single old house, two hundred and eight pounds of saltpeter, which, with the charcoal and sulphur added was converted into two hundred and fifty pounds of powder. Everybody can do something to help out the cause.

Athens [TN] Post, July 18, 1862: Twenty-sixth Tennessee Regiment. Dr. E.T. Taliaferro, Surgeon of the 26th Tennessee Regiment (Col. Lillard’s) arrived here last week. Dr. Taliaferro was with the regiment at the surrender of Fort Donelson, and was taken with the balance to Johnson’s Island, Lake Erie, 4 miles from Sandusky City where most of the men are now confined. He left there on the 25th of June and reports all are in good health. We publish below the names of some of the members of the regiment, names of friends and post offices… [from Newport, Tenn.] A.C. Hickey / Joseph D. Hickey; J.W. McNabb / G. McNabb or G.I. Thomas; George Stuart / D.W & A. Stuart

“The War of Rebellion,” Series 1, Vol. 16: HDQRS. Department of East Tennessee, Knoxville, Tenn., October 20, 1862. Confederate Special Orders No. 27. To Col. D.R. Hundley, 31st Alabama, Cmdg. The major-general commanding directs you in obedience to Special Orders Nov. 27, Hdqrs. Department of East Tennessee, to proceed at once to Newport. You will thoroughly scour the country in that vicinity and break up and destroy all parties banded together in opposition to the laws of the Confederate government and in defiance of its authority. You are also directed by the commanding general to see that no depredations are committed upon the property of any persons within the limits of your command. All quartermaster’s and commissary stores needed for the use of your troops will be purchased and paid for at a reasonable rate. Should any one having such supplies refuse to sell at fair prices or receive Confederate money in payment, you will if necessary impress. In all cases if impressment receipts at fair valuation will be given and full reports will be made immediately in writing to these headquarters. You will not permit impressment to be made under any circumstances with your written authority…

Memphis Daily Appeal, December 22, 1862: We find the following in the Knoxville Register of the 6th. We can scarcely credit it, as we do not believe there were 2000 persons in Cocke county capable of bearing arms. The total voting population of the county un June 1861, was only 1703, of which 518 voted for separation, and many of them are in the Confederate service: It is rumored that the militia Brigadier-General[John T.] Shields has organized an armed force said to be two thousand strong, in Cocke county, to resist the conscript act. Col. Thomas, of the Confederate service, has sent here, so it is rumored on the streets, for additional troops, in order that he may enforce the law and disperse Shields’ bands of tories. We believe this story is an exaggeration but it was current and credited on yesterday afternoon.

Memphis Daily Appeal, February 13, 1863 (from Knoxville Register): About two weeks ago…some three hundred tories collected on the south side of Holston river at Brooks’ ferry [Hawkins County] under the lead of the notorious Lane of bridge burning notoriety…The tory recruits were from the counties of Cocke, Sevier, Jefferson and Greene. The man who was mortally wounded was _______Smith from near Parrottsville. He was, as soon as found to be seriously wounded, provided with medical attention and sent to his home. [Could this be one of the five sons of John L. Smith who were in the 8th Tennessee Infantry, US Army?]

Memphis Daily Appeal, April 25, 1863 (from Greeneville Banner of the 9th): On Tuesday last a detachment if the 5th Georgia battalion, as they passed through this section, played a high game in the way of plundering, and impressing horses, They took something near six thousand dollars in money from Robert S. Roadman of Parrottsville. Mr. Roadman followed them and got all his money back but six hundred dollars. As they passed further up the country, they took two horses from the plough of Barney Cooter some six miles south of Greeneville. They were followed up by a detachment of soldiers and the horses secured and the guilty parties arrested and brought under guard to this place. We understand they were sent to Knoxville last night for an investigation of their case.

“The War of Rebellion,” Series 1, Vol. 23: HDQRS, Department of East Tennessee, July 29, 1863. To Brigadier General A.E. Jackson from J.N. Gallaher, Assistant Adjutant-General.. Information has been received that about 200 bushwhackers are expected to meet and control the election to be held on August 6 on the waters of Big Creek, southeast of Newport about 15 miles. The point is in Cocke county, thirteenth civil district [near Del Rio]. The major-general commanding directs that you have a sufficient force sent secretly, if possible, to arrest such persons and prevent illegal voting.

Daily Intelligencer [Wheeling, WV], November 23, 1863: A Knoxville letter to the Herald of the 7th mentions a fight between the union and rebel North Carolinians on French Broad River in which the former whipped the latter. During the fight many of the rebel regiments skedaddled to the union ranks and poured their fire into their former comrades.

Fayetteville (NC) Observer, November 30, 1863: General Vance’s forces have been down in Tennessee during the past week. He had a pretty severe skirmish near Parrottsville one day last week, one man killed and two or three wounded. He emptied several Yankee saddles. General Vance has been helping the Tennessee Unionists to gather their hog crop. Nearly a thousand fat hogs have been driven out. Some of them have passed here en route to the great Confederate smoke house. (Asheville News)

“The War of Rebellion,” Series 1, vol. 31. HDQRS. Cavalry Division, On Dumpling Creek, December 23, 1863. To General Thomas from William J. Palmer, Col. Commanding. I have the honor to inform you that I scouted my command yesterday evening on the Bend of Chucky road from Dandridge within 4 miles of Mosier’s Mills, 14 miles from Dandridge and close to the intersection of the Dandridge and Bend of Chucky Road with the road running from Morristown to Warm Springs via the mouth of Chucky and Newport….From Newport my scout reports 100 rebel cavalry in that vicinity. Forty staid at Gorman’s Church [Depot?], 1 1/2 miles from Newport, on night of 21st. They have arrested 4 conscripts at Wilsonville. My scout from Greeneville has not yet returned. [Palmer was with the 15th Pennsylvania and this reconnaissance preceded the Battles of Dandridge, December 24th, and Mossy Creek [Jefferson City], December 29th.)