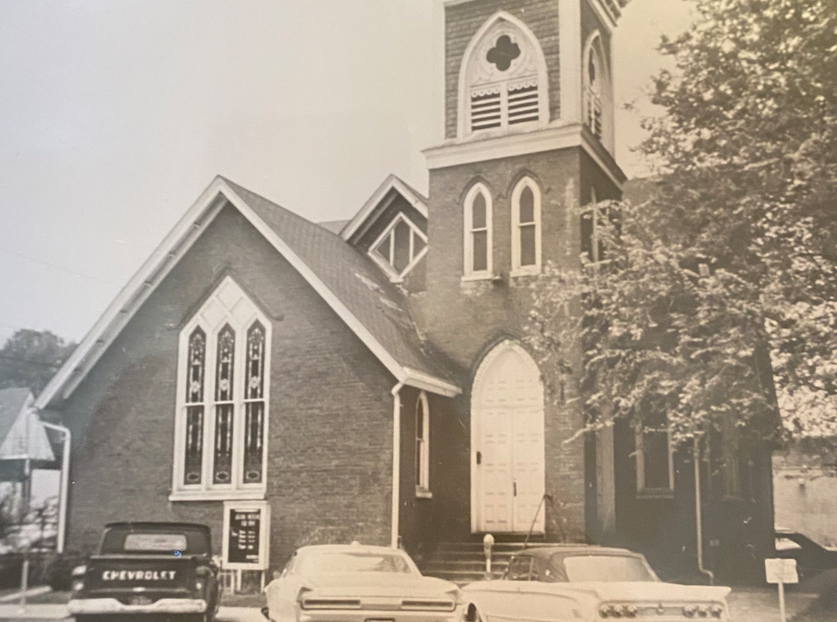 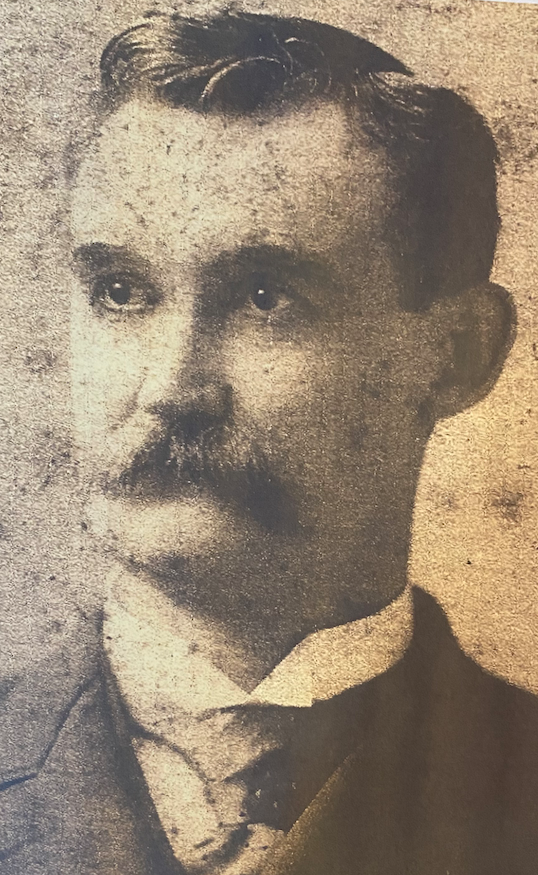 This picture of Mr. Anderson was made while he was in Washington. 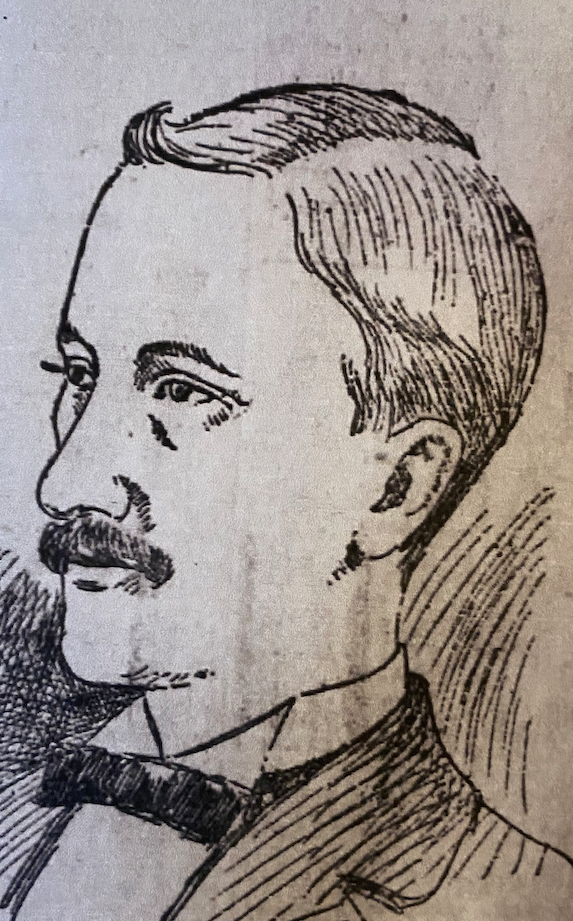 This picture of Mr. Anderson was made while he was in Washington.

It was the politicians who orchestrated the end of Mr. Anderson’s Congressional career. He had been nominated as candidate for the post in 1894 by means of a convention. But when election time rolled around in 1896, it was decided to have a district-wide primary on April 12th. As a result, Anderson lost the nomination to Walter P. Brownlow, who carried Sullivan, Washington, Johnson, Unicoi, Hawkins, Hancock, Grainger and Claiborne counties. Anderson carried Cocke, Carter and Hamblen counties and W.E.F. Milburn carried Greene County.

A surviving document shows that Mr. Anderson spent $410.50 for campaigning in the Congressional Primary. That would approximate $12,000 today. On September 1, 1896, he signed the invoice saying he would pay the amount.

In the General Election in November, Brownlow easily defeated his Democrat opponent, L. L. Lawrence, and secured a hold on the seat for six more terms, ending with his death in 1910. It was through the efforts of Congressman Brownlow that the Veterans Home was established in Johnson City. By pointing out the number of men from East Tennessee, Western North Carolina and Southwest Virginia who fought in the Union army, Brownlow convinced the government to establish the facility there. It opened in 1903.

Though both were Republicans, Anderson and Brownlow were not allies, and Anderson never forgot his defeat to Brownlow. For some time, the Republican Party in Tennessee had been splintered, and Brownlow had controlled one faction and H. Clay Evans of Chattanooga the other. Anderson allied himself with Evans.

The Knoxville Sentinel, February 11, 1898, reported that Anderson “had taken the field against Brownlow for Congress,” but four days later, it was announced that Anderson would not run but would throw his support to Alfred Taylor. Apparently Taylor chose not to run, because the results of the First District Republican primary, April 23, 1898, show Brownlow taking 77% of the vote over his opponent W.E.F. Milburn.

Anderson was not idle during this time for in September 1898, his brother-in-law, Hugh H. Gouchenour, of Greeneville announced his candidacy for the Congressional seat on the Democratic. In November Gouchenour polled 45% of the vote, possibly the strongest showing that a Democrat has ever made in a race for that seat. No doubt, many of Gouchenour’s votes came from Anderson’s “anti-Brownlow” friends.

It was a nasty campaign. Afterwards Gouchenour, a Democrat, was indicted for mail fraud due to mailing campaign literature. He did not want the Republican Greeneville postmaster to know how much literature he was mailing, so he mailed it from various post offices. The fees would have been the same at all post offices but the charge was that he was trying to defraud the post office. He was convicted but appealed with the Sixth Circuit Court in Cincinnati ruling in his favor. (This would not be the last time Post Office activities would be brought into question with an election!)

Woodrow Wilson later appointed Gouchenour the Greeneville postmaster. He was elected to the Tennessee General Assembly, was long involved with state politics and was elected as a delegate to many Democrat National Conventions. Although 1898 was his only Congressional campaign, he was other times urged to seek the office.

It was at this time that Anderson probably started making his desire to do “plain talking” around the first district. As the 1900 elections approached there was a letter in the Knoxville Journal and Tribune, April 25, 1900, from Anderson to the Republicans urging them to lay their factions aside and unite in order to secure the re-election of President McKinley and election of a Republican majority in the state. In the Republican primary in the first district, Brownlow trounced Judge H.T. Campbell of Elizabethton, and in November easily defeated the Democrat candidate, Col. E.C. Reeves of Johnson City. (It was Reeves’ son LeRoy who designed the Tennessee State Flag in 1905.)

As mentioned in this column earlier, Anderson had his Plain Talk up and running by July 1900. He was described as “one of the editors who says just what he thinks.” He was a very busy man. In addition to his newspaper, he was involved in state and regional Republican politics, he was attorney for the Tennessee and North Carolina Railroad, an alderman for the City of Newport, a Mason and an active Presbyterian.

The Morristown Republican, August 23, 1902, mentioned that Anderson was being urged to challenge Brownlow in the upcoming election, but just a few days later, he was stricken with typhoid fever. That is a bacterial infection contracted from consuming contaminated food or water or contact with an infected person. Usually the culprits were wells or cisterns which had been contaminated by outdoor toilets. Better sanitation facilities as well as treated and tested water supplies have mostly eradicated typhoid from this country.

Three of the Anderson children were also sick with typhoid at the time. The local Masonic lodge #234 brought a trained nurse from Asheville to care for the family. The children recovered but Mr. Anderson died on September 8, 1902, aged 49. He had been sick ten days.

News of his death appeared in many newspapers but the area papers carried many tributes. The Knoxville Journal and Tribune wrote: ”Personally he had no enemies and was highly esteemed by all who knew him.” A former Newport citizen, Sam Jack said: I have known him since he was a mere boy, and I have never known a better man. He was absolutely honest and had some of the noblest traits of character of any men I have ever known. (Knoxville Sentinel, September 10, 1902.)

Mr. Anderson was buried with Masonic honors from the Presbyterian Church at 9 a.m. on September 10. Conducting the service was the pastor, the Rev. J.R. McRee. He was assisted by the Rev. R.L. Stapleton, who was pastor of the ME Church and the Rev. J.M. Anderson, pastor of First Baptist Church. Rev. Anderson was a cousin. No doubt, there was a large crowd.

(It was a busy day for the Rev. McRee. That same night at 8:30 p.m. in the same church he was married to Miss Lillian McSween. A few people may still remember Mrs. McRee who returned to Newport to live in her elderly years.)

49, the prime of life! One can only imagine what Mr. Anderson and his family might have accomplished had he lived. He would be proud that his “brain child,” the Plain Talk was still printing the news more than a century later.

After Miss Julia moved to the nursing home, her sister Jean came and arranged a private sale of the household effects. It was rumored that the woodwork had been stripped from the rooms before the house burned in 1975.

Jean Anderson died in 1986 and her remains were returned to be with the rest of her family at Union Cemetery.