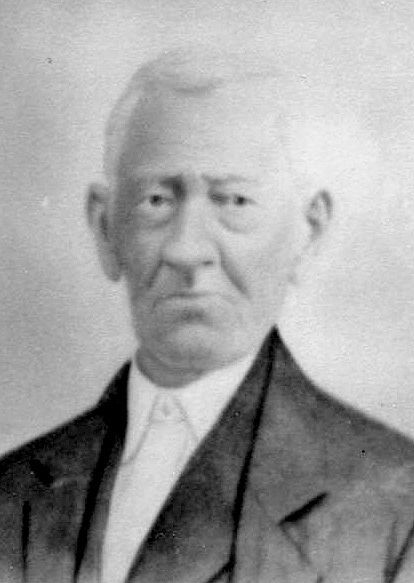 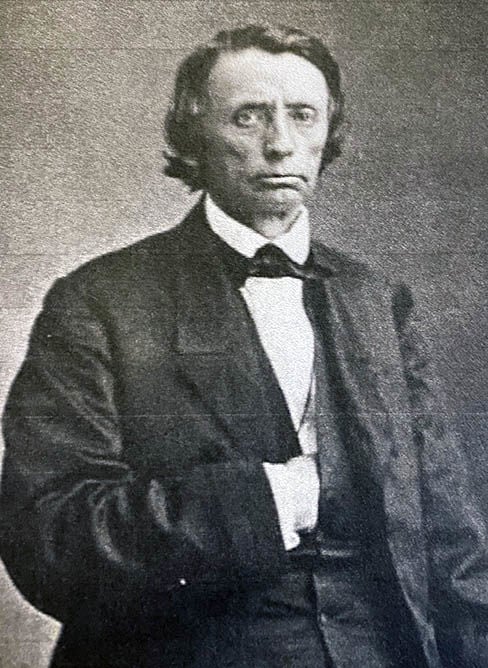 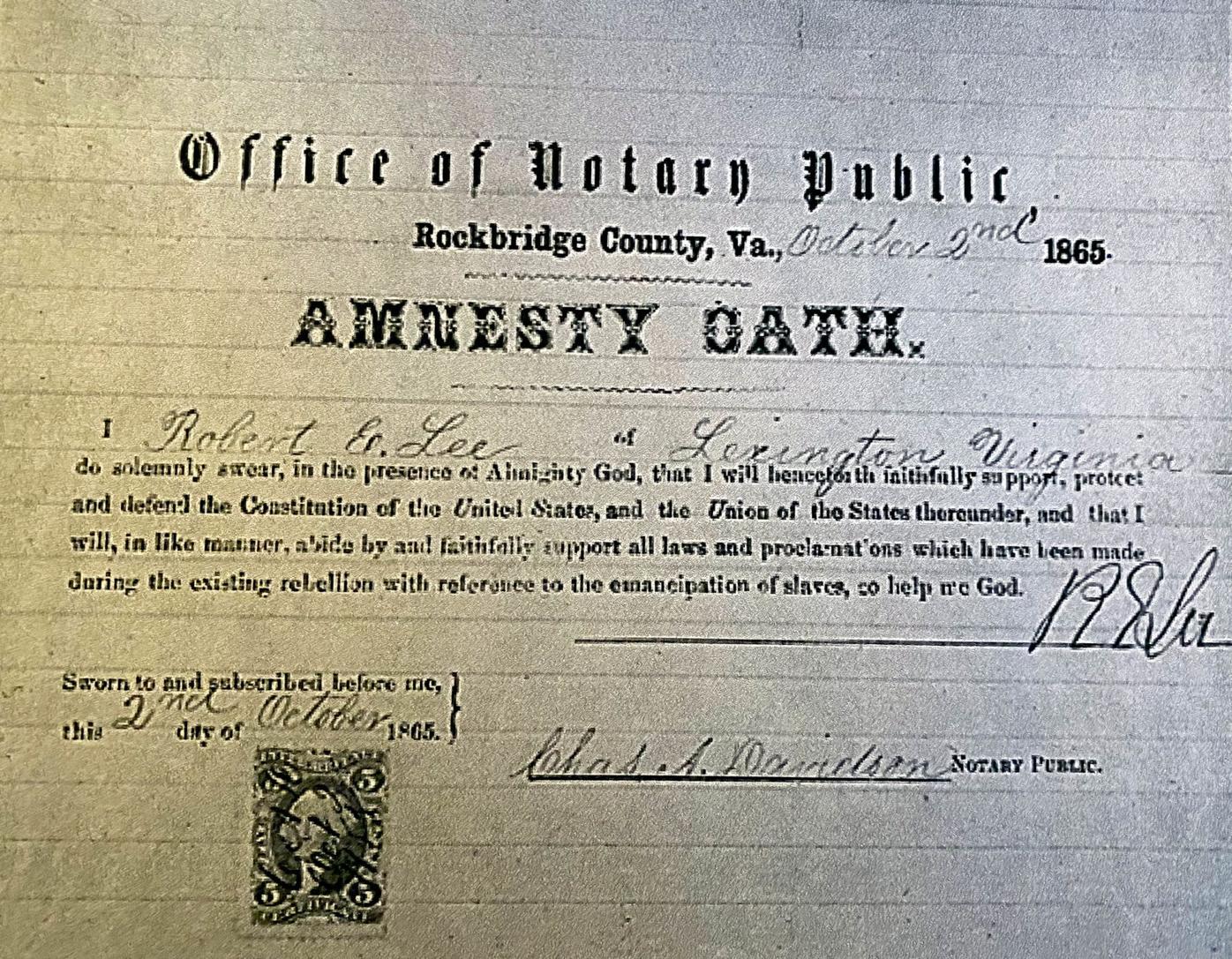 Since June 3rd is Confederate Memorial Day, this week’s article will focus on a bit of local Confederate history.

After the Civil War the white male citizens of the defeated South were “disenfranchised” by the US government, which means they were deprived of the rights and privileges of a free society. They could not vote nor hold office; some had their lands confiscated. Even before his assassination, President Lincoln formulated a benevolent plan through which these Southern men could be reinstated into full citizenship.

According to General Grant’s terms of surrender, all Confederate soldiers were granted a parole and could return home undisturbed as long as they observed their paroles and obeyed the laws in force in their communities.

After Lincoln’s death, Andrew Johnson, a Tennessean, became President and he basically followed Lincoln’s Plan of Amnesty. His first Proclamation of Amnesty was issued on May 29, 1865. It restored all rights of property to the citizens, except the ownership of slaves.

There were fourteen exceptions to this Proclamation of Amnesty: (1) civil and domestic officers of the Confederate states (2) judges who aided the rebellion (3) all military or naval officers of the Confederacy above the rank of colonel (4) members of the US Congress who left to aid the Confederate states (5) military officers who resigned to avoid service in the war (6) anyone known to have mistreated a prisoner-of-war (7) those who left the United States to avoid the rebellion (8) any CSA military or naval officer who graduated from West Point or the Naval Academy (9) governors of the Confederate states (10) any person from the North who went south to aid the rebellion (11) any person who interfered with the US commerce on the high seas, rivers and lakes (12) any prisoner-of-war convicted of another crime (13) any owner of property over $20,000 (14) any person who took the oath of allegiance in 1863 and had not kept it.

It is not hard to see that the ordinary southern citizens would have no difficulty being reinstated into citizenship. All that was necessary was taking and signing the oath of allegiance in the presence of a justice of the peace. I have seen a copy of the oath sworn by Mrs. Elizabeth Wood before Charles Brockway, JP for Cocke County. The oath is as follows: I do solemnly swear in the presence of Almighty God that I will henceforth faithfully support, protect and defend the Constitution of the United States and the Union of the States thereunder, and that I will, in like manner, abide by and faithfully support all laws and proclamations which have been made during the existing rebellion with reference to the emancipation of slaves, so help me God.

Persons who fell under one of the above exclusions could apply directly to the President. The records of President Johnson’s office indicate that he spent a great deal of his time dealing with these petitions. (One of those petitions was from a South Carolina lady who had rejected Johnson’s proposal of marriage in 1826.)

Another person who applied directly to President Johnson was John Wood (1785-1874) of Cocke County. He was from Shenandoah County, Virginia and was called “Virginia John,” probably because there was another John Wood from Pennsylvania (1780-1857) who lived in the Clay Creek area.

Virginia John had a lot of acreage and was a slave owner. He had at least three grandsons who were Confederate soldiers, one of whom, Andrew J. Wood, never returned.

To Andrew Johnson President of the United States

I John Wood a citizen of Cocke County East Tennessee do most respectfully present this my petition to your Excellency asking for pardon and amnesty first representing that during the late Rebellion I was a sympathizer with the Confederate cause, but that I never took up arms against the Government of the United States nor did I ever hold any office either civil, military or diplomatic under the so called Confederate states.

My home was within the rebel lines until about the month of April 1865 and it was not safe to take the amnesty oath or the oath of allegiance as I was willing and had been for some time to do. After my home was embraced within the Federal lines and before I had an opportunity to take the amnesty oath, I was arrested on an Indictment for “aid and comfort” by reason of which Indictment I am debarred from the benefits of the said oath which I have since taken and a copy of which is herewith attached.

I do not come within any of the exceptions named in your Excellency’s Proclamation of the 29 of May 1865 and therefore in consideration of the foregoing facts and that I may swear fully my allegiance to the Government of the United States and obtain the benefits of you Excellency’s proclamation, I do hereby respectfully petition you to grant and issue to me a full pardon and amnesty for all offenses by me committed arising from complicity direct or implied in the late rebellion, And I will ever pray & I remain.

This flowery petition was prepared in Knoxville in the law offices of John M. Fleming and E.J. Brooks. In addition to their legal work, Fleming was editor of the Knoxville Press and Herald and Brooks was paymaster for the militia. Relations between the partners “went south” as announcement of dissolution appeared in the Press and Herald, February 18, 1868.

Apparently, all amnesty petitions going to the President had to first be approved by the governor of the state. Attached to John Wood’s petition was this note from Governor William G. Brownlow: John Wood always has been and still is a bad man. Dishonest, untruthful, unprincipled with small capacity but bold and impudent. He is only dangerous as a tool of others, and is made a tool with facility. He was the active enemy of the Union men in Cocke county during the war. He will never make a good citizen but is too contemptible to be dignified by punishment for treason.

Condemnation from Rev. Brownlow should not be anything to hold against anyone. He was not known for his kind words. In addition to being a Methodist preacher, he was a newspaper editor and the best description for him is “vitriolic,” which means highly critical and malicious. “Love thy neighbor,” “Forgive one another” and “Turn the other cheek” were not biblical principles that Brownlow followed. The editor of the Republican newspaper, the Knoxville Journal, Capt. William Rule referred to Brownlow as a “master of invective and burning sarcasm.”

The only claim to fame for Brownlow is that he was the FIRST Republican governor of Tennessee, but in a poll of 52 Tennessee historians, all of them rated him LAST in effectiveness as governor. Dr. Stephen V. Ash of UT characterized him as “the most hated man in Tennessee history.” In 1987 Brownlow’s portrait was brought out of storage to be rehung in the State Capitol, along with those of the other governors. It first had to be cleaned of stains where tobacco juice had been spit upon it in earlier years. Within a short time, however, the legislature voted to remove the portrait. It is still unhung.

Perhaps there are those who might have used the words “unprincipled,” “bold and impudent” and “contemptible” to describe Brownlow himself. There is no indication on Wood’s petition as to how President Johnson responded. President Johnson and Brownlow were not allies, so Brownlow’s words might have worked in John Wood’s favor.

Virginia John Wood’s home stood until the middle 1950’s on what is now the Smoky Mountain Golf Course. He is buried in the old cemetery between Holes 3 and 4.