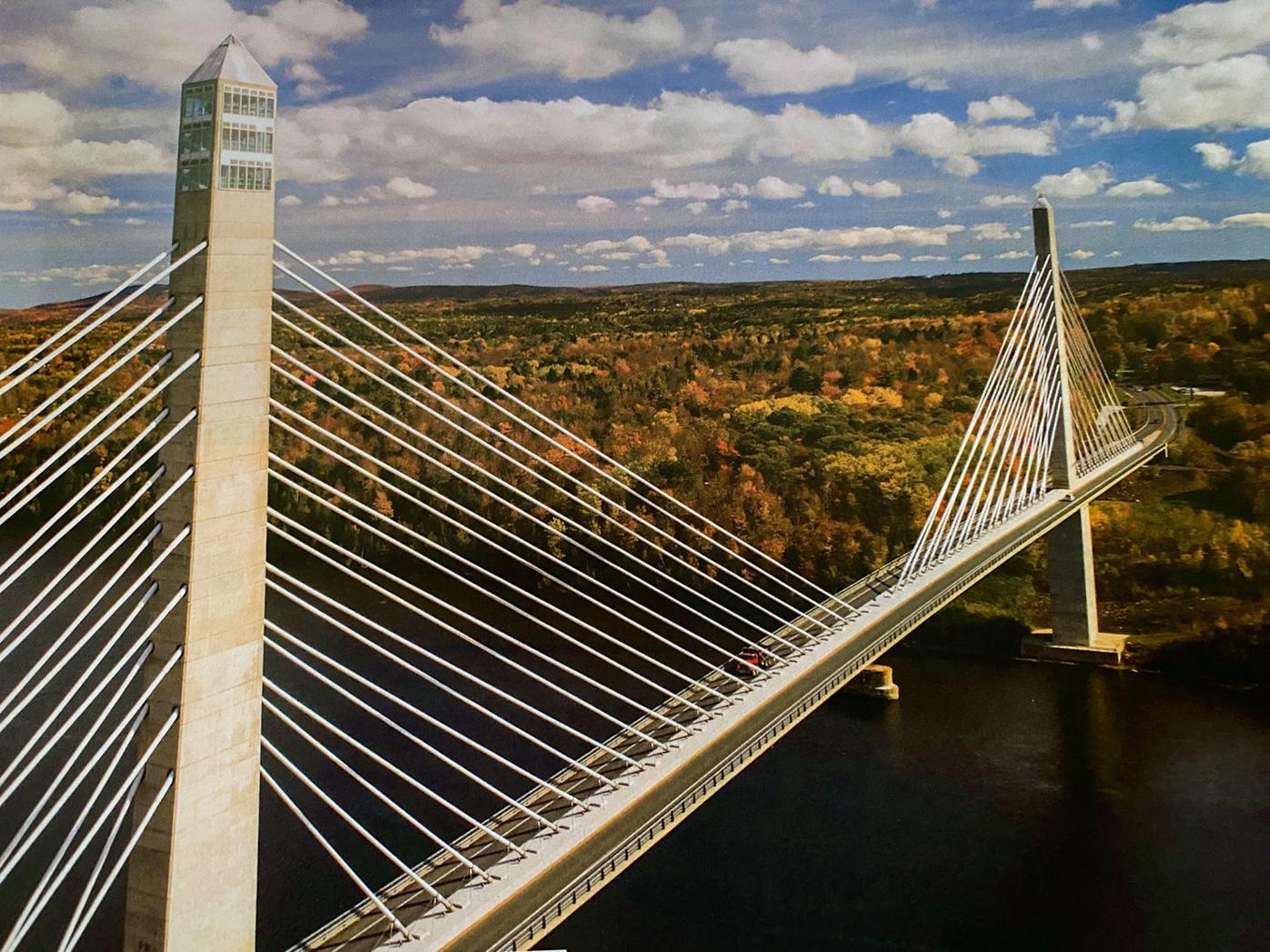 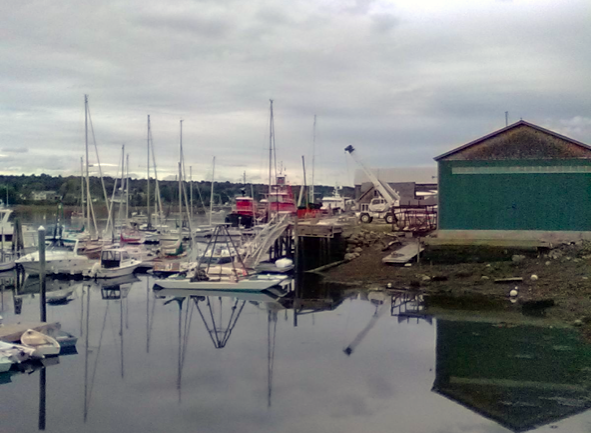 Waterfront in Belfast, ME 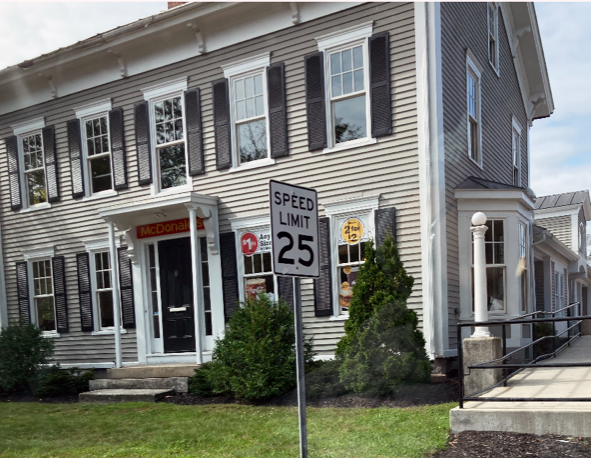 McDonald’s in Freeport, ME 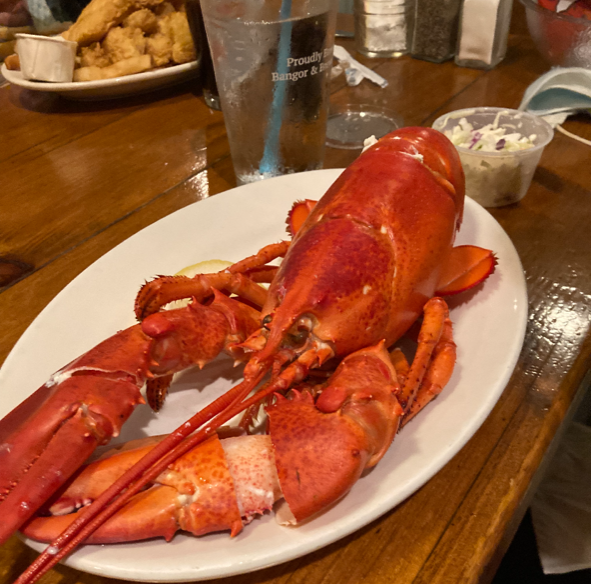 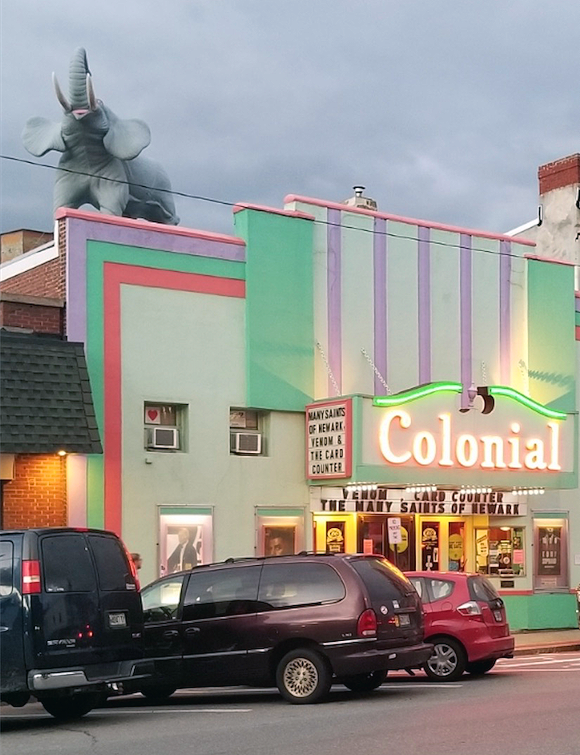 This theatre in Belfast, ME has been showing motion pictures since 1912.

Waterfront in Belfast, ME

McDonald’s in Freeport, ME

This theatre in Belfast, ME has been showing motion pictures since 1912.

Forgive me, readers, if I digress from the column’s usual theme of local history and share a recent experience. Visiting New England has been one of the items on my “Bucket List,” and this past week, that dream was fulfilled with a visit to Belfast, Maine and surrounding areas.

The trip involved both the past and the present, and it provided all that had been expected — picturesque villages with old homes and churches, spectacular coastal scenes, new and delicious foods, wonderful weather and the famed New England fall colors.

My wife’s nephew, a published author, had attended college in Maine and always longed to return there to live, which he did when his circumstances allowed him to do so. He has settled in the town of Belfast, which is quite an artistic, tourist and scenic location. Our nephew’s son, too, found Maine enticing and has joined his father there.

About the size of Newport, the town of Belfast is situated at the mouth of the Passagassa-wakeag River (You figure the pronunciation yourself!) where it forms the Penobscot Bay that flows into the Atlantic Ocean. The town was in Massachusetts when it was established in 1770 by Scots-Irish settlers from New Hampshire. (Maine did not become a state until 1820.) It has always had a maritime economy, either in shipbuilding, fishing, boating or shipping.

The town has lots of history. Established in 1770, it was burned by the British in 1779 during the American Revolution. Two sisters Jane Durham and Elizabeth Durham witnessed this and lived into the 1850’s and could recall the events vividly. Another later resident, John Cochran, had been a participant in the Boston Tea Party in 1773. During the War of 1812, the British returned to Belfast and seized the port for five days. Nearby is a cannon from that war.

The First Church of Belfast was organized in 1796. The bell that was hung in the steeple of the “new” church in 1819 was made by Paul Revere and Sons. A clock was added to the steeple in 1836 and today the bell rings hourly. Lest anyone should think the church is behind the times, the steeple also has a hidden cell phone antenna.

Jefferson Davis even visited Belfast in 1858 when he was US Secretary of War. (That was before he became Public Enemy #1 in the North as President of the Confederacy.)

As Belfast grew, various other businesses and industries were founded; the owners, who were shipbuilders, ship captains, bankers, lawyers and businessmen prospered. Other than the maritime industry, some other manufacturers dealt in lumber, paper, shoes, the railroad, and windows/sashes. A later industry, a poultry processing plant, provided employment but befouled the harbor with its waste.

The prosperous families built beautiful homes. Many of them, built between 1820 and 1870, line both sides of Church Street. There is a variety of styles — Cape Cod, Federal, Colonial Foursquare, Greek Revival and Italianate. Most of the homes have lovely landscaping. A local lady admitted that by the 1970’s Belfast had become very blue-collar and the homes on Church Street were shabby and run down.

However, the closing of the chicken plant, the cleaning of the harbor, the reality of the town’s natural beauty and low cost of homes and land brought resurgence in the town’s attractiveness. What the new people have spent on these homes, she said, is “mind boggling” and now few can afford to live on Church Street.

Overlooking the harbor, the downtown area has many fine old buildings which have been adapted for modern usage. As once in Newport, many of the business buildings have apartments in the upper stories. Although the building has had several alterations, the Colonial Theater has been showing motion pictures on the site since 1912, from silent films to digitals. The town is beautified with flowers and shrubbery in any available nooks and crannies.

Being as Belfast’s average date for a killing frost is October 4th, we were fortunate to experience very mild weather. The flowers were still in bloom. The town was filled with the flowering tree hydrangeas, many of which were eight and ten feet tall.

Some were white, but most were a beige pink hue called “Strawberry Vanilla.” Growing along the rural roadsides were the wild asters, which ranged in color from pale lavender to deep amethyst. Also, growing along the waysides were the balsams, as common there as the jack pines in the South.

Maine has become very conscious on its environment. As of July 1st, purchases are not placed in free plastic bags. If the customer wants one, there is a charge of a nickel per bag, which goes to the state. Also, we did not see styrofoam products. Hot drinks were served in heavy paper, biodegradable cups. The pace there is slower, and as Mainers are apt to say, “No one’s in a hurry but you.”

This area of Maine had many villages and towns but still was rural. In traveling these roads we saw so much that is typical of New England — houses with a barn attached, wooden-shingle siding, the gable side of the roof facing the road, recessed entries, few porches and stacked stone fences. (The Smokies have stacked stone fences also.)

The New England seashore is quite different from that of the southern beaches. There the beaches are rocky with little sand.

We attended services at Bayshore Baptist Church. Its beginnings were nondenominational as Bayshore Bible Church. The church may have been built in 1835 but it has definitely moved into the 21st century. The sanctuary featured a computer and camera to livestream the services, there were microphones and speakers, and the young pastor preached in shirtsleeves and khakis. I asked where baptisms were done as there was no baptistry: in the ocean during the summer.

Being atop Cadillac Mountain in the Acadia National Park was another interesting experience. It is part of the Appalachian chain and at 1529 feet it is the highest point on the eastern seaboard from Nova Scotia to Mexico. Our Clingman’s Dome is more than four times higher, but it does not provide as wide a vista as does Cadillac.

Due to damage from tourists over the years, since 2013, reservations have been required to ascend the mountain. Only so many cars are allowed, and when the maximum is reached, the next car must wait until another comes down. I don’t know if there is a limit to the number who bicycle up the mountain!

When traveling to Cadillac Mountain, we crossed the Penobscot Narrows Bridge which is the tallest observation bridge in the United States. Even secured by the cables, the observation tower (420 feet) still sways in the wind.

At the base of Cadillac Mountain is the tourist destination, Bar Harbor (pronounced “Bah Hah-bah”). Its location makes it a convenient stop for cruise ships. The architecture is old and attractive, but, in my opinion, the place could be described as “New England Gatlinburg,” with the tour buses, t-shirt stands, craft shops, art stores, parking limitations and inflated prices.

All areas of the country have different eating habits. Being a foodie, I am always interested in that. Seafood is the most important food attraction there, lobster being the king. For me, its price far exceeded its taste. I liked haddock better. The clam chowder and seafood pot pie were delicious. Entrees often do not come with any sides; fries are usually extra. The green beans tasted as if they had been cooked about 10 minutes, but we could get sweet tea!

Most of the lodgings are mom/pop motels that once were common across the country. I recall only seeing one chain, a Days Inn. Where we stayed was satisfactory, but because of COVID, there were some changes. The rooms were not cleaned daily. If you wanted clean linens, used linens had to be placed outside, as well as the trash. Extra condiments and cups were picked up at the office. The advertised continental breakfast consisted of muffins and quick bread hung on your door every evening.

There were some similarities. Gasoline was about the same price. There were McDonald’s, Dollar Generals, WalMarts, Dunkin Donuts and Family Dollars. The McDonald’s in Freeport, ME was like none that you’ve ever seen before.

One closing thought: the New England fall colors are beautiful and famed, but if you never get the chance to see them, take it from me, the colors in our Smokies can be just as spectacular.