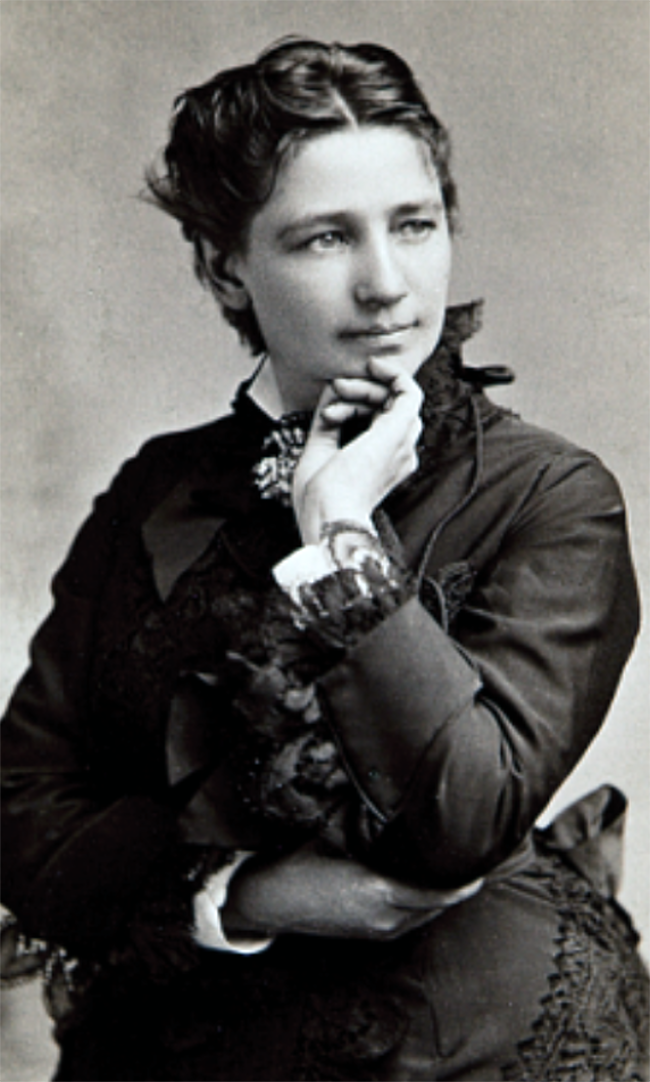 Victoria Woodhull, the first woman to run for the U.S. Presidency in 1872. 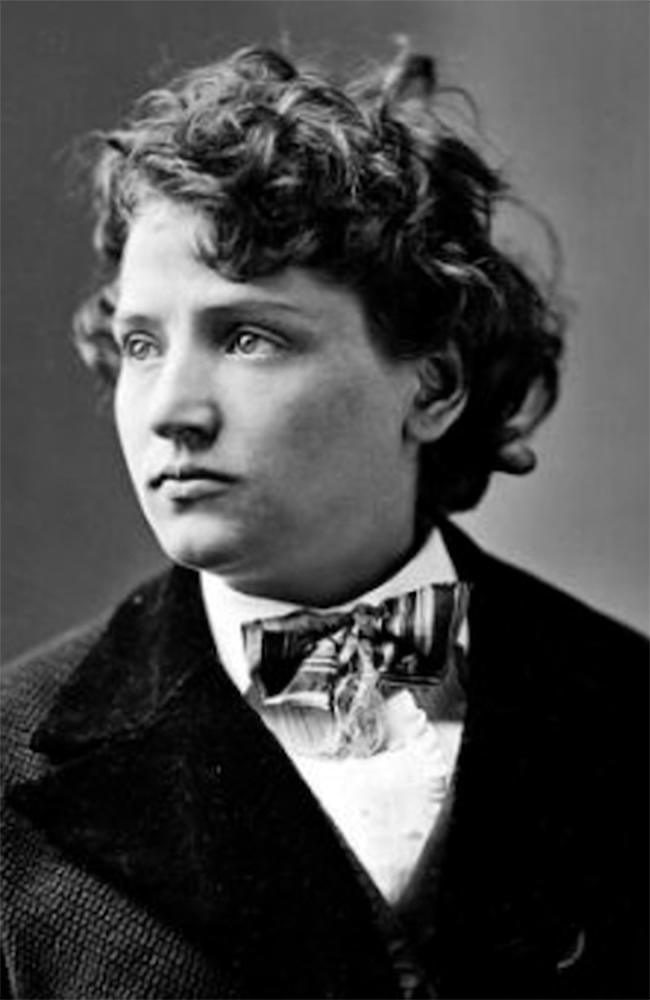 Tennessee Claflin, ran for a seat in Congress in 1872, at the same time N.C. Stewart was seeking a seat from Alabama. 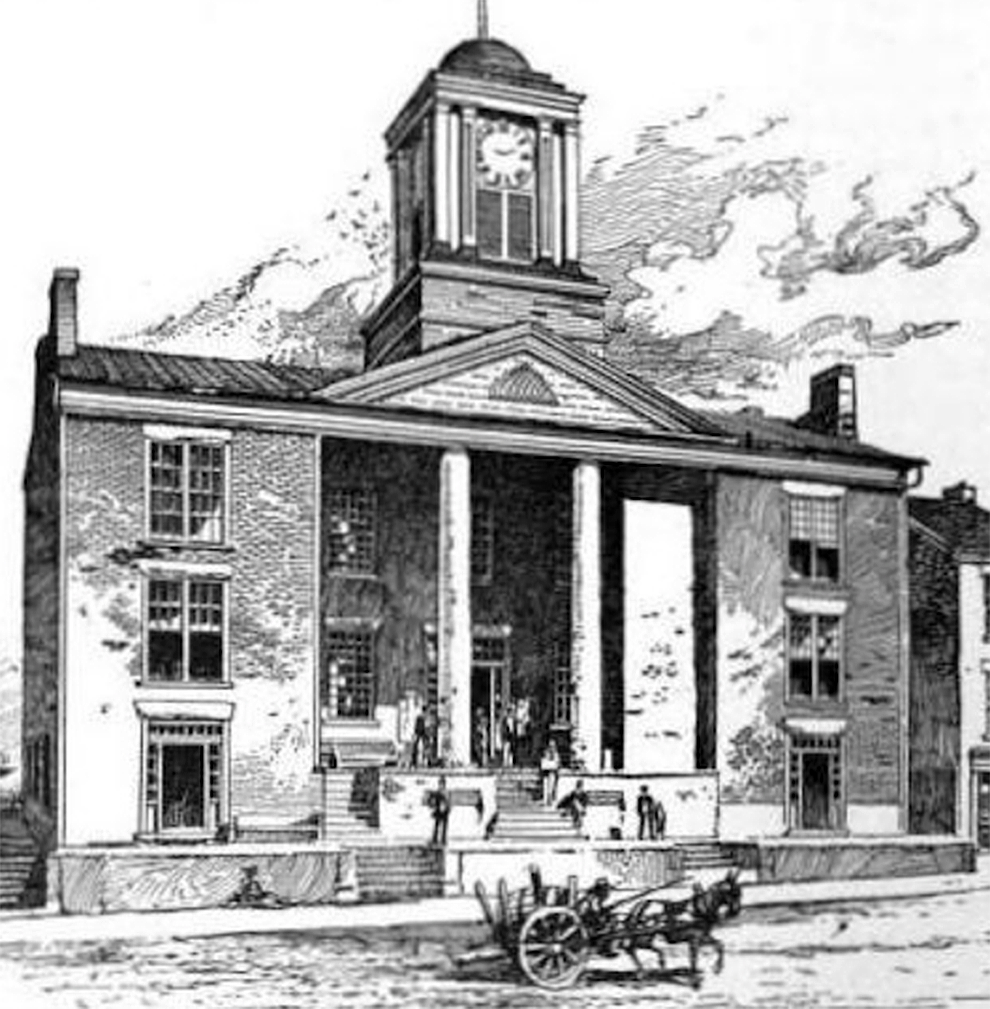 Victoria Woodhull, the first woman to run for the U.S. Presidency in 1872.

Tennessee Claflin, ran for a seat in Congress in 1872, at the same time N.C. Stewart was seeking a seat from Alabama.

While doing research for Women’s History month, the following article popped up from the Nashville Union and American, August 16, 1871: Miss N.C. Stewart yesterday sent the Executive Office a printed copy of a lecture, delivered by her at Newport, Tenn. on the 8th of June last, stating that she was going to send one each to the Governors of all the States and territories and requesting in return that the “official paper of the State” be sent to her address Wahatchie [Wauhatchie], Hamilton County. The subject of the “lecture” is emancipation of women, whatever that means.

Think about it! A public lecture dealing with women’s rights in 1871 in old Newport. That raises all types of questions. Was Newport still on the French Broad or was that a time when the “Cliftonites” had been able to shift the seat of government to the Pigeon River? Where could it have been held? If it was in old Newport, it could possibly have been in the courthouse, the Zion Methodist Church or the old Pisgah Presbyterian Church. If at the new site, it would have been the new Pisgah Presbyterian church, which served as both a church and a school.

Who would have attended? Probably just men, and maybe a few women, who went out of curiosity, considering Miss Stewart as something of an oddity. There may have been some women who heartily agreed with her premise, but if they were married, would they have been strong enough to challenge their husbands’ opinions? In 1871 it would have been a rare man who would have voiced support for Miss Stewart and her cause.

Research as to Miss Stewart’s origins as well as the events of her later life has been unsuccessful, but some interesting information about her feminist campaign has been unearthed.

The first item was a claim that she made to the Southern Claims Commission. This body was created in 1871 to allow Union sympathizers in the South to receive compensation for property taken officially by Federal authorities for the war effort. Miss Stewart filed her claim on April 11, 1871, while living in Marshall, NC in adjoining Madison County. Using the name “Caroline Stewart” she relates that she was teaching school for two wealthy farmers in Choctaw County, MS when the war broke out. She was paid in gold but was eventually fired because she talked against secession and refused to attend any of the secession meetings. She then moved to Blount County, AL where she purchased a mule for $700, which was almost the amount she made teaching. In January 1865, Federal soldiers took the mule from the man who was boarding it.

She suggested that the commission would have no problem determining who took the mule, as there several units stationed in that area that stole and destroyed the property of the secessionists. She again affirmed that she had always been loyal to the Union and had aided the rebellion in no way. Her claim was denied because “she knows nothing of the taking of the mule except as she has been informed. There is therefore no proof.”

Calling herself “Miss N.C. Stewart,” she spoke in Newport on June 8th. On June 16, 1871, she delivered a lecture entitled “Women’s Right to the Franchise” at the Knox County Courthouse; cost of admission was 25 cents. The lecture did not even merit any mention in the existing Knoxville newspapers.

In April 1871, Miss Stewart was in Madison County, NC, but by August she had moved to Hamilton County, TN; in May 1872, she was living in Wills’ Valley near Gadsden, AL. On May 4, 1872, she delivered another lecture on “Women’s Rights” at the Etowah County courthouse, The report from the Gadsden Times reported ”We joined the listening throng as she was concluding her remarks and have been told that the address was completely philippic [a bitter attack] against men believing that women’s desires should be unto their husbands and that they should rule over them… This, we venture to say, is the first woman’s rights speech ever made in public by a female native of Alabama…”

Miss Stewart was just getting revved up. By July 30, 1872, she had announced her candidacy for Congressional seat of the 5th Alabama District which was comprised of nine counties in northeastern Alabama. She was running on a Woman’s Rights platform on the coattails of Victoria Woodhull who was running for President of the United States, the first woman to do so. (Her running mate was ex-slave Frederick Douglass.) Also, prominent in that election was Woodhull’s sister Tennessee Claflin who was seeking the Congressional seat of New York’s 8th district. None of the candidates won their races.

There were two other historic facts from this 1872 election. Daily Kansas Tribune, December 22, 1872: Though Miss N.C. Stewart, who was an Alabama candidate for Congress, didn’t get elected, she was the first woman in the State to cast a counting vote. The Indiana [PA] Progress, December 5, 1872, reported: Miss Sojourner Truth was denied the ballot at Battle Creek, Mich., but Miss N.C. Stewart was permitted to vote for herself for Congress at Gadsden, Ala.

She may have lost the election, but Miss N.C. Stewart wasn’t ready to sit on the sidelines. In February 1873 she took on the Alabama legislature concerning a bill exempting from taxes widows who owned less than $10,000 in property. Miss Stewart was not a widow, but she felt all women should be treated fairly and equally.

Then in July 1873, she applied to the Etowah Chancery Court for a license to practice law. The Chancellor appointed three ex-chancellors to investigate the legality of such a license. In a 2-1 decision, the committee considered it legal. Then another committee was named to examine Miss Stewart’s qualifications; the committee found her “unqualified and incompetent.” The fireworks began. Miss Stewart “got wrathy.” The Sheriff was ordered to remove her from the courtroom; she resisted. The Chancellor allowed her to stay if she would keep quiet. The report stated: “She silenced.”

It must have gotten worse because on July 16th she was arrested and tried on a charge of insanity. She was pronounced by physicians as a monomaniac, which is a person overly obsessive on an issue. After 12 hours of deliberation, a jury of all men voted 8-4 for acquittal.

She was not permanently silenced. On August 12, 1874, the Alabama State Journal [Montgomery] reported: The latest political news is that a Reform ticket is in the field with Miss N.C. Stewart heading the list of candidates for the legislature. That must have been just a rumor, as nothing concerning it appears further in the Alabama newspapers.

So far, the last reference found about our subject was in the Selma Dollar Times, July 24, 1876: That notorious female, Miss N.C. Stewart, has again been making herself ridiculous.

It is no doubt true that most men and many women did consider Miss Stewart, Mrs. Woodhull and Miss Claflin as ridiculous, but in their time, besides lacking voting rights, women could not own property and a married woman’s money was under the control of her husband. Had it not been for women such as these three, the rights of women might not have advanced to the point they are now.

Don’t forget the saying: Well-behaved women seldom made history, and don’t forget that old Newport was an incidental, even though small, part in women’s history.

This now concludes the series for Women’s History Month. Has it been acceptable, Claire?