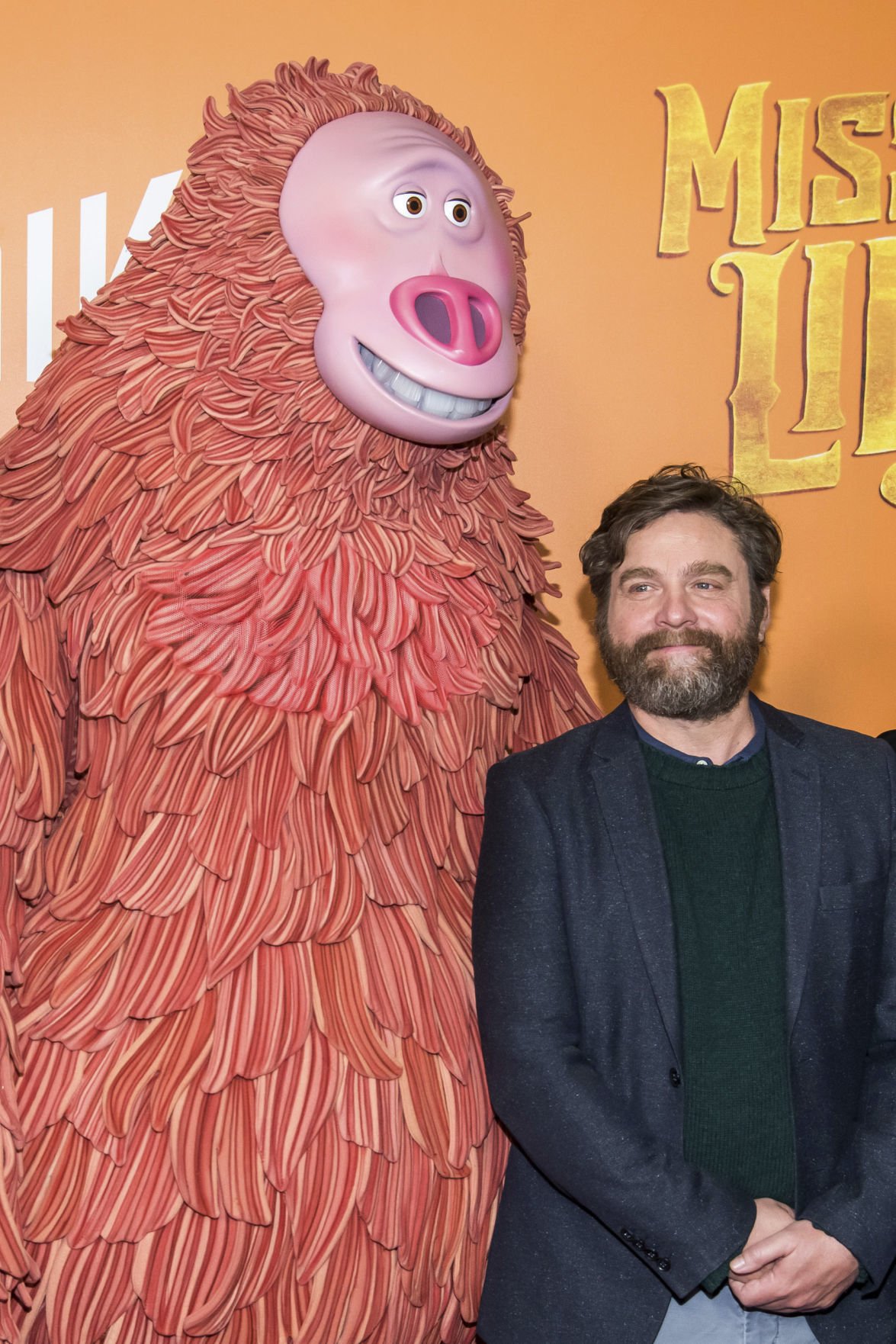 Zach Galifianakis poses with a costumed character from the film at the premiere of “Missing Link” at Regal Cinemas Battery Park on Sunday, April 7, 2019, in New York.

Zach Galifianakis poses with a costumed character from the film at the premiere of “Missing Link” at Regal Cinemas Battery Park on Sunday, April 7, 2019, in New York.

The phrase “missing link” usually refers to a transitional fossil. People who don’t understand paleontology have sometimes used the term to suggest a creature that is the evolutionary link between apes and homo sapiens (that’s humans to you). But a new stop-motion animated movie of the same name applies it to Bigfoot. Or Sasquatch. Or Yeti. (Take your pick.)

This fun outing was written and directed by British storyboard artist Chris Butler, the guy nominated for an Oscar for giving us “ParaNorman.”

In the new “Missing Link,” we have a myth and monsters investigator named Sir Lionel Frost, who is searching the Pacific Northwest for the so-called missing link. That’s Mr. Link to you.

Hugh Jackman does the voice of our erstwhile explorer. Zoe Saldana speaks up as Adelina Fortnight, a free-spirited kook who has a map to Mr. Link’s lair. And that fuzzy-faced Zach Galifianakis lumbers forth as the Bigfoot known as Mr. Link, aka Susan.

Along the way, Frost and Fortnight encounter a cryptological array: Emma Thompson as a Yeti ruler. And you’ll recognize other voices as Timothy Olyphant, David Walliams and Stephen Fry.

As Frost says, “I offer you a glimpse of a legendary creature, lost in time, neither ape nor man, but a giant.”

Butler describes Mr. Link as “a lovable goofball.” The storyline is about Mr. Link’s journey to find where he belongs.

“I like to think of it as a kaleidoscopic travelogue,” says Butler.