Log In Register
You have permission to edit this page.
Edit 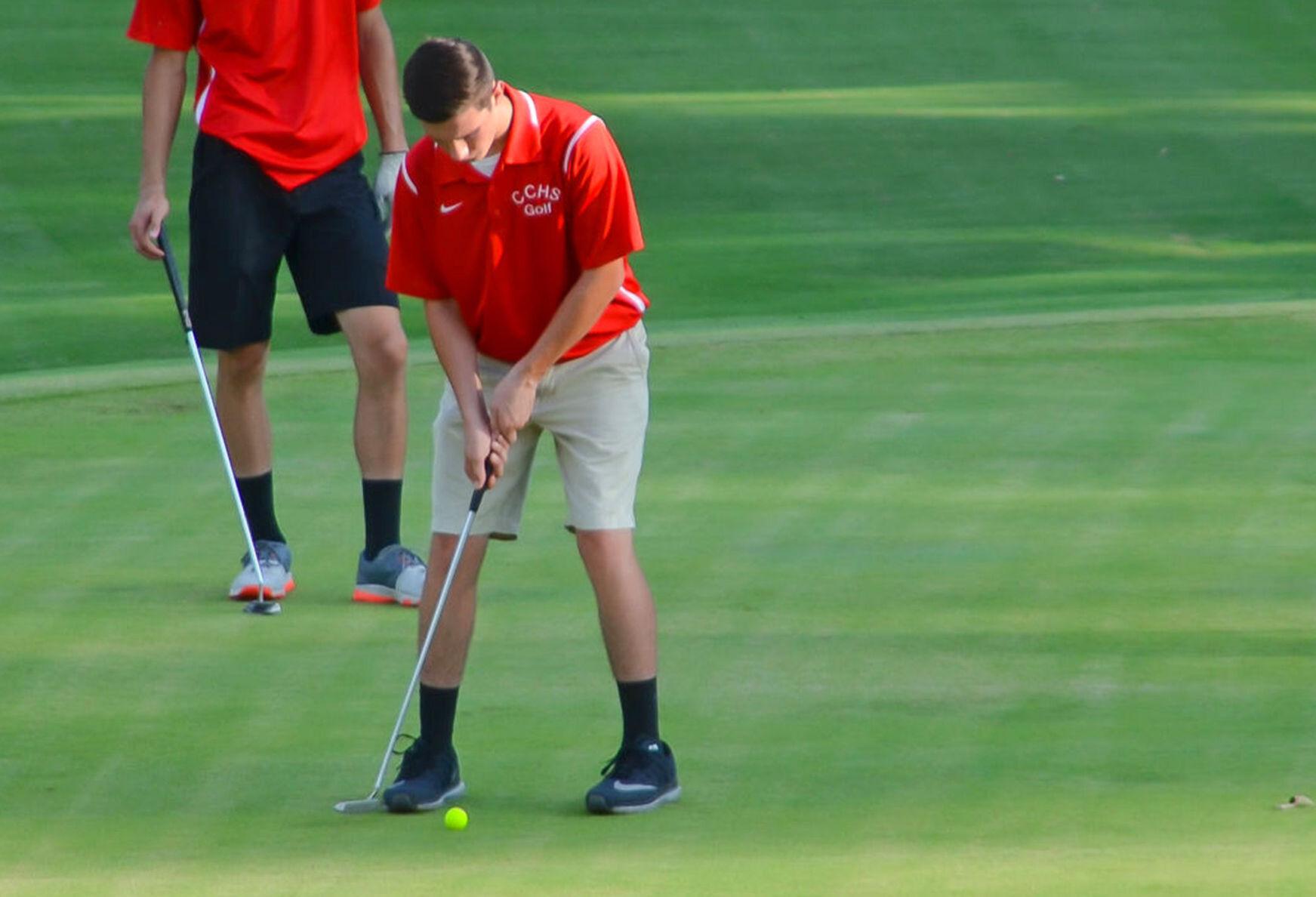 JOHNSON CITY—Newport native Dr. Benjamin D. Caton III, who recently retired after 46 years on the faculty of East Tennessee State University’s Department of Music, was named the 2020 Teacher of the Year by the Tennessee Music Teachers Association (TMTA).

Caton was announced as the award winner by his fellow ETSU piano faculty member Dr. Esther Park during the recent TMTA board meeting, which was held virtually.

“I have known (Caton) to be a tireless and detailed worker, a beloved teacher and colleague, a wise and winsome leader, and a humble servant,” a colleague wrote in support of Caton’s nomination for the award.

“I am humbled, honored and appreciative of this very special award,” Caton said. “Over the years, I have been impressed with the many, many outstanding teachers in Tennessee, and I feel grateful to be named as a member of this group.”

Caton has a long and distinguished record of service at the state and local levels of the TMTA, including terms as president, recording secretary and collegiate auditions chair.

He has also been active with the Music Teachers National Association (MTNA) on the regional and national levels, including the MTNA Southern Division, which he served as president, and the MTNA board of directors. During his 10 years as a board member, he held the office of president and numerous other roles.

In addition, Caton served two terms as a member of the music advisory panel of the Tennessee Arts Commission.

Caton’s many honors include ETSU’s 2014 Distinguished Faculty Award in Service, one of the top three awards presented to faculty at the university. He was the inaugural TMTA Distinguished Service Award recipient in 2004, and received the MTNA Distinguished Service Award in 2017. He was named an MTNA Foundation Fellow and received an Award of Excellence from the Ohio Federation of Music Clubs Foundation for the Advancement of Music. He also earned the John Phillip Sousa Award while playing trombone in his high school band.

Caton has taught at all levels from first grade to graduate courses. At ETSU, he taught for seven years in grades 1-6 at University School while teaching music education methodology, and later music theory, aural skills, piano literature, piano pedagogy, applied piano, and history and philosophy of music education at the collegiate level. His articles have appeared in Clavier, Music Educators Journal, American Music Teacher and The Tennessee Musician.

He says his most memorable performance was accompanying the ETSU Men’s Ensemble during a concert in Orchestral Hall at the American Choral Directors Association Conference in Chicago in 1999.

Caton holds his bachelor’s degree in music education from ETSU and his master’s and doctoral degrees from The Ohio State University, as well as the Pedagogy/Musicianship Certificate from the Kodaly Musical Training Institute.

Since announcing his retirement, Caton says, he has heard from many of his former students from his career at ETSU, who have expressed appreciation for the influence of his teaching and his life. He plans to enjoy his pastimes of travel, working in his flower gardens, shopping, attending OSU Buckeyes sporting events and taking walks with his terrier mix, Granite, who is happy to have him at home more. He also plans to write a textbook on aural skills and a lecture/recital on the Debussy Preludes.

Caton grew up in Newport, attending Newport Grammar and Cocke County High Schools. He was a music pupil of the late Mrs. P.T. Bauman.

NEWPORT—County Budget Committee members met Monday afternoon where they discussed the various ways to spend grant funds being provided by the state.

In April, Gov. Bill Lee announced that each county and city in the state would receive funding to help battle economic issues caused by COVID-19.

Initially the money could only be spent on IT and other technology upgrades, as well as new infrastructure.

Heather McGaha, county finance director, said that has changed, and all restrictions have been lifted.

“The state has lifted all restrictions, but they did say we should spend wisely.”

McGaha said some on the money could be used to replace old HVAC units on county buildings. She also said that money would be needed to make all county buildings ADA compliant.

The county landfill is also in need of extra funding for equipment and repairs to the department’s office building.

Committee member and County Legislative Body commissioner Norman Smith said that IT upgrades should be at the top of the list, but said the Highway Department could also use funding for roadwork and paving.

Clay Blazer, CLB chair, is also a budget committee member. He said that each department head should be given the opportunity to submit requests for materials.

He said that most departments have many needs and wants.

“I think we need to send something to the departments seeking requests from each of them,” Blazer said.

“It will ultimately be at the discretion of the CLB on how the money is spent, but they should all be given equal opportunity to submit their ideas or needs.”

Smith suggested that a specific amount of money be set-aside in a pool for all of the technical upgrades county departments may need.

The committee agreed that IT upgrades should be addressed immediately, as well as the needs of the county landfill.

Smith provided a second to the motion, which passed unanimously.

The request will now go before the full CLB.

Each department head will also submit a “wish list” of items they would like to have or may need in the future.

McGaha said the grant money must be spent within the 2020-21 fiscal year.

She said that all purchases should be made by April of 2021.

The committee plans to meet again on Tuesday, August 11 to discuss departmental requests.

The meeting will be held in the Chancery Courtroom in the Courthouse Annex at 4 p.m.

NEWPORT—Election Day is Thursday from 9 a.m. – 8 p.m. at all precincts in Cocke County for the State Primary and County General Election.

Voters must choose Republican or Democratic if they want to vote in the U.S. Senate and U.S. House Primary on Thursday.

Voters may bring their own ink pens for signing in. Precinct workers will also have pens for voters that have not been used by others. Voters may also ask for a popsicle stick to press the buttons on the voting machine. Hand sanitizer is available at the precincts.

Voters may choose to wear a mask and, if so, may keep the mask on while showing valid photo ID. Out of state driver licenses cannot be accepted.

DETOUR TO PARROTTSVILLE AND FOREST HILL PRECINCTS – Voters at the Parrottsville and Forest Hill precincts should be aware that Old Parrottsville Highway is closed at the Clear Creek bridge.

From new Highway 321, take Carpenter Road or use the other end of Old Parrottsville Highway. From Highway 340 North, you could also use Clear Creek Road to Clear Road.

Call the election office for more information at 623-2042 or go online to CockeCountyElection.org or GoVoteTN.com.

Unofficial results from Cocke County will be posted online at CockeCountyElection.org on Election Night.

Gradfest celebration to be held this Saturday
08.04.20

NEWPORT—A modified Gradfest celebration for the Cocke County and Cosby High School Class of 2020 graduates will be held Saturday, Aug. 8, at the picnic pavilions at Newport City Park from 5 p.m. to 8 p.m.

Donations of gift cards from local businesses are needed.

Graduates planning to attend are asked to call McNabb as soon as possible so that food can be ordered and to give her your t-shirt size so they may be ordered.

There are currently 180 active virus cases in the county.

More than 4,300 residents have now been tested for COVID-19.

The number of individuals who have recovered from the virus sits at 219.

There were 1,009 new cases reported across Tennessee on Monday.

Tennessee’s new total of virus cases sits at 110,636. That number has since increased with the data released by the TN Department of Health on Tuesday.

More than 2,000 citizens of Tennessee have now died from COVID-19 or virus related illnesses.

The mayors of Sevier and Hamblen counties recently mandated that masks be worn in public places due to the high number of cases.

Sevier County has a total of 1,713 cases. Their number of active cases exceeds 630.

Hamblen County has more than 1,230 total cases. A total of 474 of those are currently active.

Active cases in Greene have increased to 227.

Jefferson County continues to see increases each day as well. They are closing in on 500 total cases. Jefferson has 216 active cases at this time.

More than 4.8 million virus cases have been confirmed across the country.