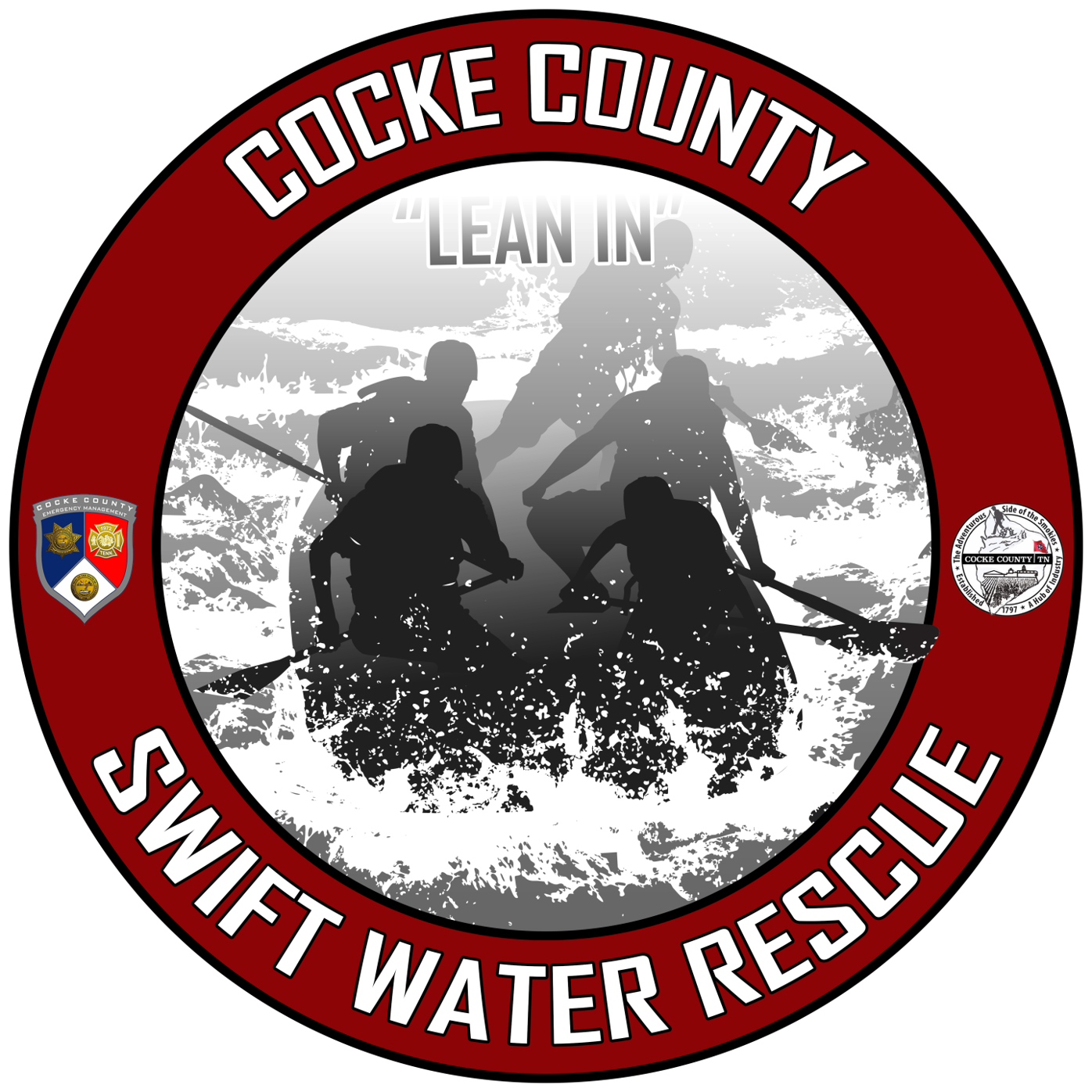 The idea of creating the team was initially conceived by Joe Esway, Cocke County Emergency Management Agency Director, in the summer of 2020.

The need for such a team became evident as many of the county’s 36,000 residents and over 800,000 private and commercial boaters enjoy the waterways each year.

“In the summer of 2020, I spoke with Mayor Crystal Ottinger on the progress of River Safety Operations for which I am in part responsible for,” Esway said.

“Our County Clerk, Shalee’ McClure, and I share in the river commerce operation on the Pigeon River. In that discussion, I asked the mayor for approval to explore the need for a specialized Swift Water Rescue Team in the county.”

Esway and Ottinger reviewed the increased activity on the waterways and the wide range of water related events that have taken place over the past 17 months.

“The mayor commissioned me to conceptualize a solution and return with my findings. In our second meeting a couple of months later, the mayor agreed with my assessments and directed me to put together a budget for what I believed a properly trained and equipped team might cost, and to begin looking at who may be a part of this team.”

Esway presented his proposal to the County Budget Committee in early spring of this year. The committee voted to approve the proposal that was added to the EMA budget for the new fiscal year.

While waiting for the budget process to play out, Esway was busy choosing particular first responders from various parts of the county to serve on the team.

“In the process of conducting my wide range of duties and responsibilities, I have the opportunity to serve with some extraordinary first responders from both county, city and volunteer agencies in Cocke County,” Esway said.

“I began paying particular attention to those responders who I believed would be a good fit for the team I was building. I served for several years as a Marine Combat Instructor of Water Survival, so it was not difficult to establish a baseline or requirements each operator would need to have.

“Each person was chosen for a very particular and specific reason as they possessed a set of skills and qualities I needed to make my vision a reality. I chose two from the Sheriffs Office, one from County Fire and the rest were from Volunteer Departments that had one of our waterways running through their area of responsibility.”

The county budget was officially approved on June 30, which gave Esway the go ahead to officially form the Swift Water Rescue Team. He said that each individual was eager and ready to serve the community.

“I sat anxiously in the CCHS auditorium with a text message already typed out to these individuals waiting for the CLB chairman to declare all budgets approved. Once he declared the county had a budget, I sent the text. Within moments of sending that message, these gentlemen responded back most enthusiastically indicating their eagerness to serve.

“Immediately I began purchasing the gear required to ensure their safety and mission accomplishment and looking for the right organization to train and certify our team.”

The team, joined by the City of Newport’s newly formed Swift Water Rescue, came together to complete the necessary training. Rescue 3 International was chosen for the training course, as they are the industry standard and global leader in swift water rescue.

The mission of the team is to preserve life. The vision is for the team to exceed expectations of rapid deployment, timely and proportionate response, and utilize effective techniques, tactics, and procedures that ensure success using multiple assets in a variety of emergencies.