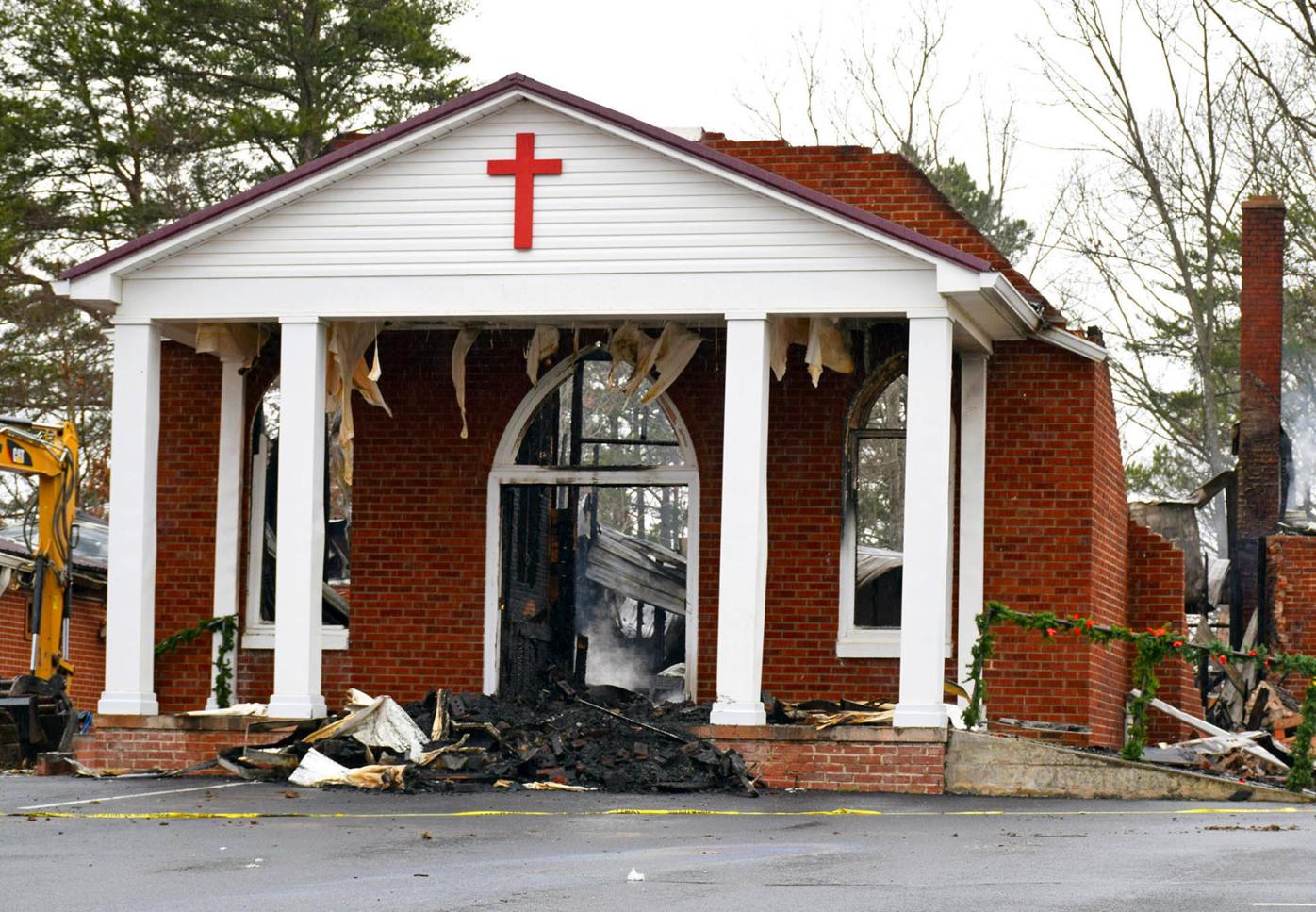 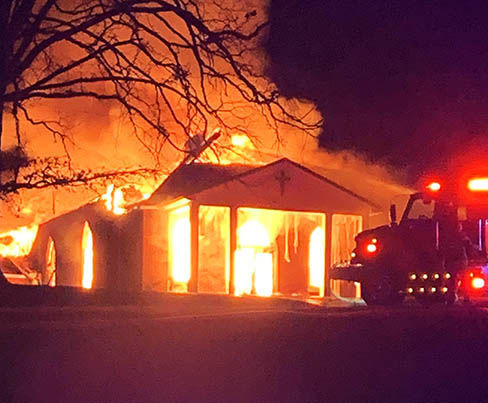 Several fire departments along with the Cocke County Sheriff’s Office were dispatched to Forest Hills Baptist Church, located at 1518 Old Parrottsville Highway, in reference to the fire just before 1:30 a.m. Saturday morning.

Upon arrival, Sgt. Heath Willis said the church was fully engulfed by flames and later deemed as destroyed.

A portion of Old Parrottsville Highway was shut down for several hours.

According to several social media posts the building and several pieces of property were destroyed with the exception of a portrait of Jesus.

CCSO: Cause of fire undetermined

Not long after the fire was extinguished Cocke County Sheriff’s Detective Lt. Josh Hall was called to the scene to conduct an investigation. Due to the extent of the fire, Det. Hall called the Tennessee Bureau of Investigation’s Bomb and Arson Division to assist in the investigation.

“It is undetermined what caused it (the fire) at this point.” Det. Hall stated. “TBI assisted in the investigation and used a K9, but there were no alerts.”

According to the fire report filed by the Cocke County Sheriff’s Office, the estimated loss of the church is in excess of $200,000.

Forest Hills Baptist Church was organized in 1906 and started out with a total of thirty-one members from French Broad Baptist Church after the members wanted to organize a new congregation.

The church had sat on a hill overlooking Old Parrottsville Highway since it was constructed.

According to an article published decades ago, Mrs. Joseph Miller, formally Emmaline Brookshire, gave land for the church and cemetery. “It was her desire that the cemetery be made free of cost and available to any and all as a resting place for their loved ones”, the article stated.

Through the years, the church saw new additions added to the building.

According to reports, in 1950, Mr. and Mrs. Joe Carpenter presented a new brick parsonage to the church. The gift was in memory of their child, Joe Edwin Carpenter, who passed away during the Battle of the Bulge during World War II.

The home was officially occupied two years later by Rev. Fred O. Ponton and his family.

An educational wing was added to the church in September 1977.