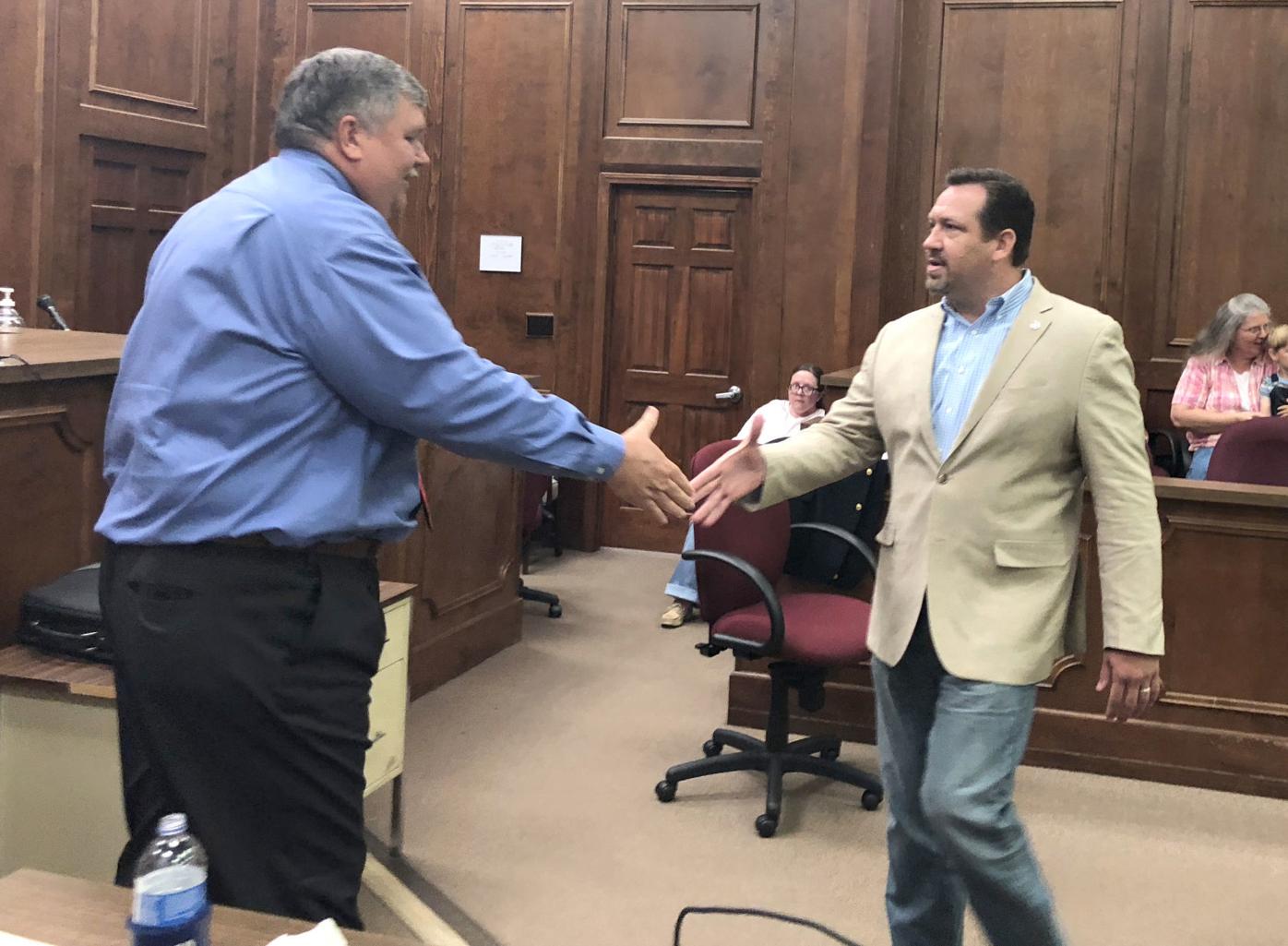 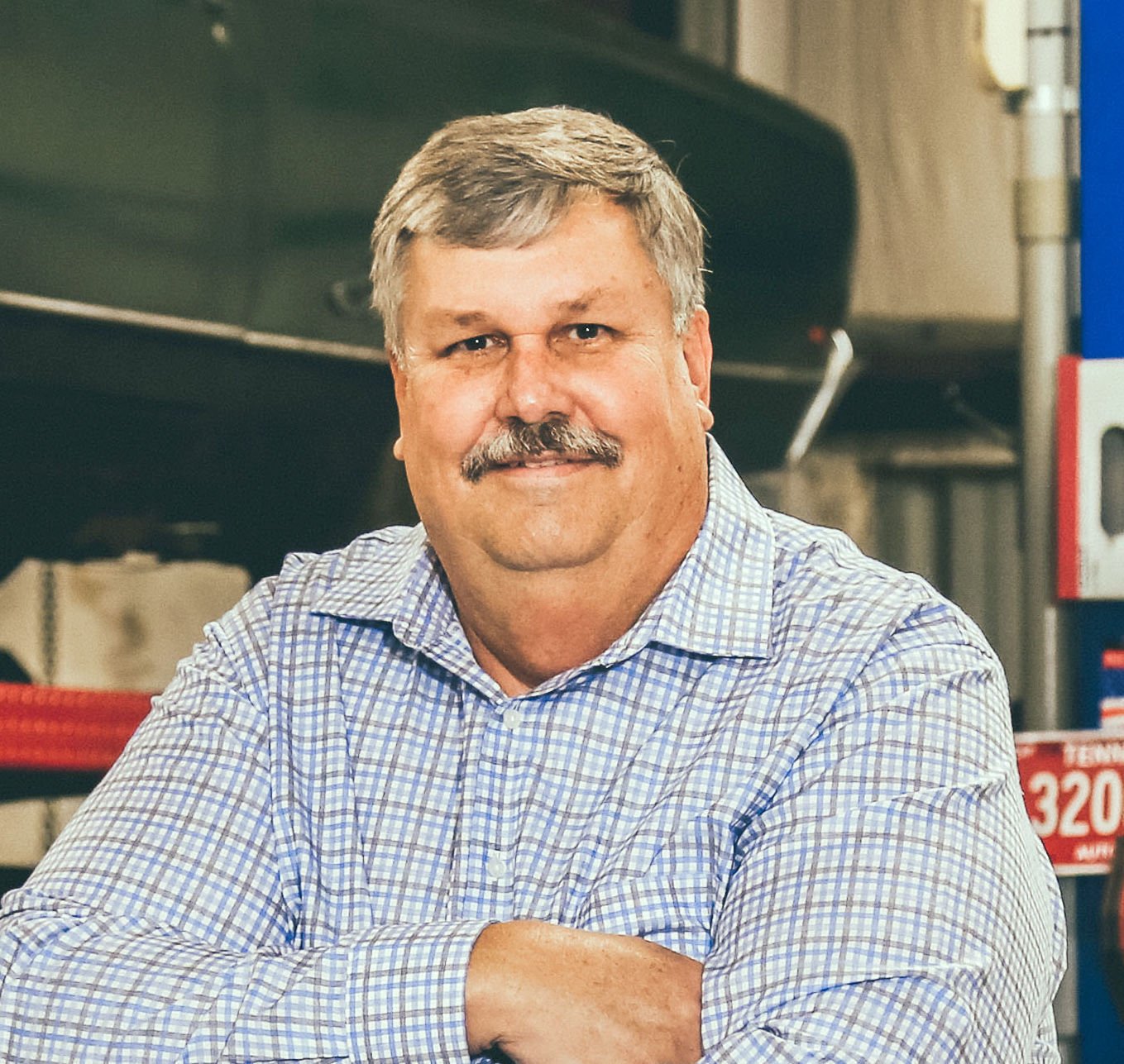 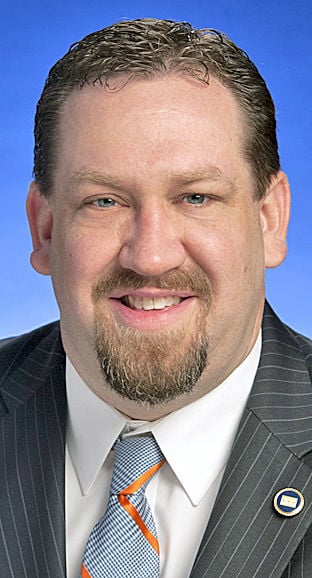 NEWPORT—A spirited, and at times heated, debate between Republican candidates for the 11th District seat in the Tennessee House of Representatives was held on Thursday night at the Cocke County Courthouse.

The debate between incumbent Jeremy Faison and challenger Greg Fodness, both business owners from Cosby, was co-sponsored by the Cocke County Republican Party and the Greene County Young Republicans.

The 11th House District is comprised of portions of Greene and Jefferson Counties, as well as all of Cocke County.

Both candidates debated several hot topic issues in the state, ranging from the economy and education to medical marijuana, to more national issues including 2nd Amendment rights and immigration.

THE ECONOMY: Faison, who has served as State Representative since defeating Democrat Eddie Yokley in Nov. 2010, touted the reduction in unemployment rate since he took office.

The sitting Representative said the state legislature has passed laws during his tenure to make Tennessee one of the nation’s most business friendly states and invested in workforce development.

“We are a shining example,” Faison said. “Tennessee is number two in America for business friendly states.”

Fodness though said its not government’s role to create jobs and lamented that Tennessee has the largest percentage of the population at minimum wage.

The discussion of the economy turned into a debate about last year’s IMPROVE Act, which was Governor Bill Haslam’s initiative aimed at funding TDOT to fix aging infrastructure across the state. The act passed the house by a 60-37 margin in April 2017 and Faison voted against the measure.

Fodness said that Faison’s lack of an approval has shifted several 11th District transportation projects down the priority list for TDOT.

“If you know something is going to pass, and if you don’t vote for it that it will adversely affect your district, you go in and cut a deal for the people in your district,” Fodness said. “He should’ve known (the IMPROVE Act) would pass, so he should’ve gone in and negotiated. You don’t stand on your principles then.”

Faison said he would encourage proof, claiming that those transportation projects weren’t at the bottom of the list. He touted work on US Highway 321 to Gatlinburg, Highway 411 to Sevierville and the long-talked-about Newport Bypass.

EDUCATION: With the TNReady standardized testing debacle that has extended over the past three school years, the topic of education was at the forefront of Thursday night’s debate.

Faison decried the involvement of the federal government in education, as well as some of his fellow Republicans in the statewide debate on the matter, which has turned into a comedy of errors with each passing TNReady issue.

“It seems Republicans in Tennessee want big government,” Faison said. “Our teachers, students, administrators and superintendents know better what our children need than some pencil-pushing guy in D.C. or someone in Nashville who hasn’t been in a classroom.”

Fodness said the lack of accountability for the education issues is alarming.

“For three years they have screwed it up,” Fodness said. “The only solution we hear from the state legislator is they’re not counting test scores, because the company screwed up. It’s not fair to the students, the teachers, administrators or the taxpayers.”

Faison though said the executive branch has the right to decide on education and testing vendors, to which Fodness rebutted that the legislative branch controls the funding. The sitting Representative also argued for using ACT tests, saying that colleges use the entrance exam and give no weight to the state’s standardized test score.

Faison also touted Tennessee’s education improvements over the past decade, as the state has risen from the bottom of many national rankings to 35th in most, which he said would allow him to give public education in the state an ‘A’ grade.

Fodness though said its hard to paint statewide education with a broad brush.

“We’re a broad state. The education system in Memphis is different from the one in Knoxville and Come County,” Fodness said. “It’s all different. You can’t paint it with a broad brush stroke.”

The two agreed on being against school vouchers, but had differing opinions on some of the logistics with the tnAchieves Higher Education programs: tnPromise and tnReconnect.

Faison touted those successful programs, which he said were the envy of the nation, with fully funded free tuition for post-secondary education. Fodness though lamented that those programs are funded by those who play the state lottery, which he said preys on low-income families.

MEDICAL CANNABIS: Perhaps one of the hottest issues of the political season and spring legislative session was medical cannabis. Faison was the prime sponsor of House Bill 1749, which did not advance to the floor this session.

The house bill made it through two committees, but never came under discussion in a senate committee.

Faison said he supports the legislation because he’s heard from so many constituents and others across the state in favor of legalizing the use of the plant for medicinal purposes.

“As long as I’m Representative, I will do all I can to make sure sick people have the ability to have a product that is predictable and grown in a controlled environment,” said Faison, who noted that many FDA approved drugs are mind-altering and killing people. “We’ve been lied to for 80 years about the benefit of this plant, which offers health benefits that have been proven scientifically.”

Fodness, who stood in support with the Cocke County Commission’s resolution earlier this past February opposing Faison’s legislation, said he does not approve because of the many questions surrounding the topic.

“Pharmacists can’t prescribe it,” Fodness said. “It has to be someone who runs a dispensary.”

He also decried the amounts of THC in the medical marijuana and that dispensaries could be located close to schools and churches, along with the lack of the ability to control it if it was legalized.

“Lets not talk about cannabis, this is pot, this is marijuana,” Fodness said. “The only way you can do it is to synthesize is, which almost all drugs have been so you can get a dosing amount. I’m sympathetic to people that think it may help them.

“The bill (Faison) wanted to pass allowed 25 percent THC, the best dope you can smoke is around six percent.”

Faison said he is 100 percent against the recreational use of marijuana and that he says those who want to use the plant for medicinal purposes have done their research.

“Do we want to lock them up for breaking the law? Is that the prohibitionist stance,” Faison asked. “Cannabis has not killed anyone for medicinal use.”

CAMPAIGN CONTRIBUTIONS: During a discussion aimed at the War on Drugs, the topic unexpectedly shifted to campaign contributions.

Fodness decried those who donate to Faison, including pharmaceutical manufacturers, claiming it can influence his voting record.

“Politicians wind up bought and paid for,” Fodness said.

Faison defended taking money saying he has expenses related to his position as a legislator and that most of the money donated to him is spent in the 11th District.

“The Cocke County Claybusters are at state and I gave them money I took from a (Political Action Committee),” Faison said. “The Boys and Girls Club gets money, the schools get money. I constantly give money form Nashville and bring back to the district.’

He also said that the finances do not impact his voting in Nashville.

“I am my own man,” Faison said. “I’ve never listened to a soul on how I vote. My wife gets mad at me sometimes because she doesn’t like the way I vote.”

Fodness pointed out some expenses Faison have made have not been in the 11th District.

SEX-OFFENDER ISSUE: A question regarding Faison’s alleged involvement in trying to assist a registered sex offender was asked by the moderating panel at the end of the debate, which sparked several hard-line remarks from both candidates, as well as some in the audience.

Faison said he had several discussions with the probation officer for the individual, who said initially the state would allow the offender to continue mowing at the cemetery, but then that decision was changed. He said once the decision was final, he did not try to strong arm anyone’s decision.

Fodness accused Faison of advocating for the individual.

“I am not advocating for a criminal, I was advocating for society,” said Faison, who said he’d rather have someone working than someone drawing welfare.

“If I’m elected on Aug. 2, remind me not to advocated for society in that way,” Fodness said.

NATIONAL ISSUES: Both candidates for the most part went along with party lines on several hot-topic national issues.

Both Fodness and Faison agreed with 2nd Amendment rights — including opposing a ban on assault rifles — and took hard stands against abortion and illegal immigration. Both candidates said they oppose giving in-state tuition to the children of illegal immigrants.

Fodness however differed from Faison on gun control, in that he supports Red Flag Laws when it comes to gun control, citing the 14th Amendment which offers equal protection under the law.

“If you think a person is going to cause harm, the 14th Amendment says protect this guy right there,” Fodness said. “That’s why the Red Flag Laws are a good idea.”

“The beautiful thing about this country is that the Constitution allows due process,” Faison said. “When you’re taking away a right without due process, I have concern.”

Faison noted that he opposed sanctuary cities in Tennessee and said he voted for legislation banning those cities this past session. Fodness argued that was an unnecessary political move, because he said federal law does not allow them.