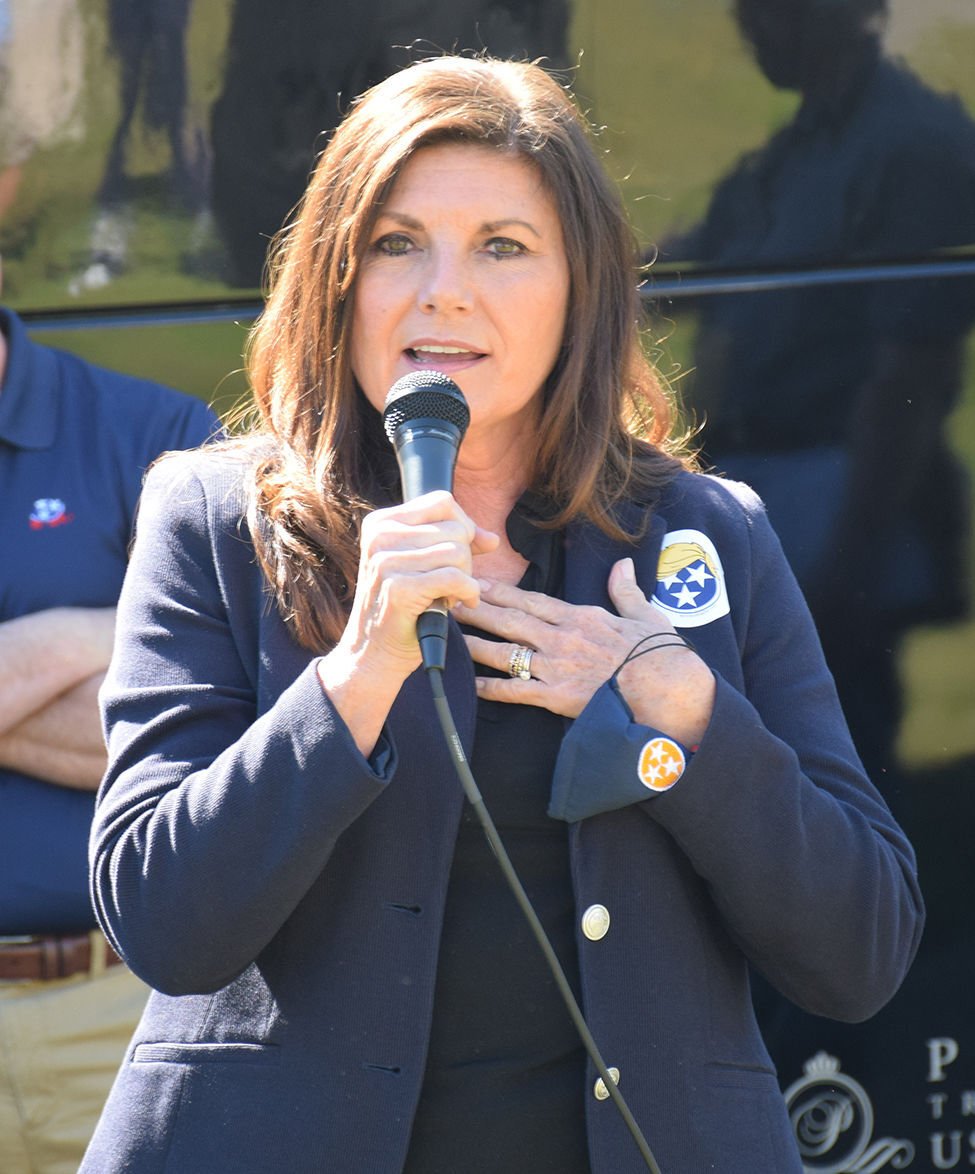 Republican Diane Harshbarger defeated Democratic candidate Blair Walsingham on Tuesday to fill the U.S. Congressional seat being vacated by longtime Rep. Phil Roe. Harshbarger is the first woman to secure the seat in a regular election in the First Congressional District. 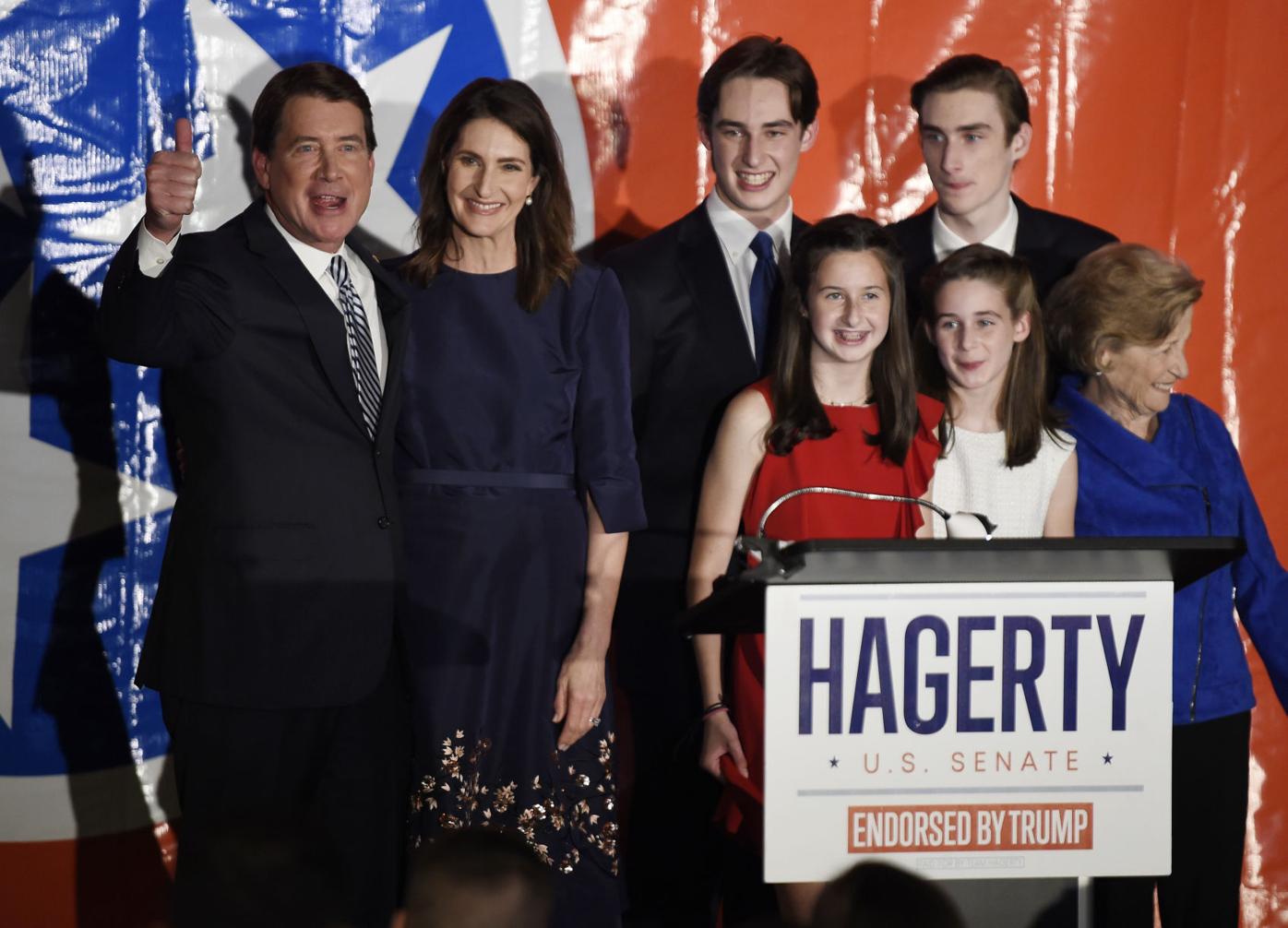 Bill Hagerty, left, stands with his family after he was named the winner of his race for U.S. Senate Tuesday, Nov. 3, 2020, in Franklin, Tenn.

Republican Diane Harshbarger defeated Democratic candidate Blair Walsingham on Tuesday to fill the U.S. Congressional seat being vacated by longtime Rep. Phil Roe. Harshbarger is the first woman to secure the seat in a regular election in the First Congressional District.

Bill Hagerty, left, stands with his family after he was named the winner of his race for U.S. Senate Tuesday, Nov. 3, 2020, in Franklin, Tenn.

The first-time political candidate defeated Democratic candidate Blair Walsingham in a congressional district that has been represented by Republicans since the Civil War.

Notably, the win means a woman will join Tennessee’s nine-member U.S. House delegation, which had been previously dominated by men.

Furthermore, Harshbarger’s win marks the first time a woman has secured the congressional seat in a regular election.

The only other woman to hold the seat was Louise Reece, who was picked to finish the rest of her husband’s term when he died in 1961.

It was the only time a special election has been held in the congressional district.

Harshbarger, a pharmacist, will replace outgoing U.S. House Rep. Phil Roe, who announced earlier this year that he wouldn’t pursue a seventh term.

“You can’t tell me that God does not hear your prayers, because he does, and I am living proof,” Harshbarger said during her acceptance speech. “I am blessed beyond measure. I want you to know that nobody is going to fight harder for you than me.”

Harshbarger joked that she planned on being called “CWD,” or “Congresswoman Diana” like other high-profile women in politics, specifically referencing newly confirmed Supreme Court Justice Amy Coney Barrett, who is sometimes known as “ACB.”

The former U.S. ambassador to Japan under President Donald Trump rode the president’s endorsement to a win against Democrat Marquita Bradshaw.

During a victory party alongside Gov. Bill Lee, Sen. Marsha Blackburn and other Tennessee Republicans, Hagerty said Trump told him in a phone call that he was “very happy with the results in Tennessee.”

“Tonight, Tennesseans have proven that democracy still works and they have made their choice,” Hagerty said in his speech at a Franklin hotel.

“Socialism will not stand in America. Let’s let freedom ring.”

Republicans have held both Senate seats in Tennessee since 1994. Trump remained popular enough in the state that Hagerty mentioned the president at every turn in his contested primary and the general election campaign.

Hagerty is a Nashville businessman who sits on the board of a private investment firm. He served as the economic development commissioner for former Republican Gov. Bill Haslam.

The contest was decided amid the COVID-19 pandemic without a debate between the two nominees.

Trump let Tennessee voters know he would back Hagerty for the seat months before Hagerty declared as a candidate.

Hagerty served as an adviser to former GOP presidential nominee Mitt Romney, but on the campaign trail he criticized the current U.S. senator from Utah, who has drawn the ire of Trump supporters for voting to convict the president during his Senate impeachment trial.

Hagerty also worked on the White House domestic policy staff during the George H.W. Bush administration as a member of the President’s Council on Competitiveness.

Alexander said in a statement that he is “proud to support Bill to occupy the Senate seat that Howard Baker, Al Gore, Fred Thompson and I all have held.”

Bradshaw, 46, has said she has been “one job away from middle class and one job-loss away from poverty.” Her roots in environmental justice activism go back to her parents’ advocacy to close an Army depot where waste disposal contaminated soil and groundwater, sickening residents in their neighborhood.

Hagerty commended Bradshaw on her run.