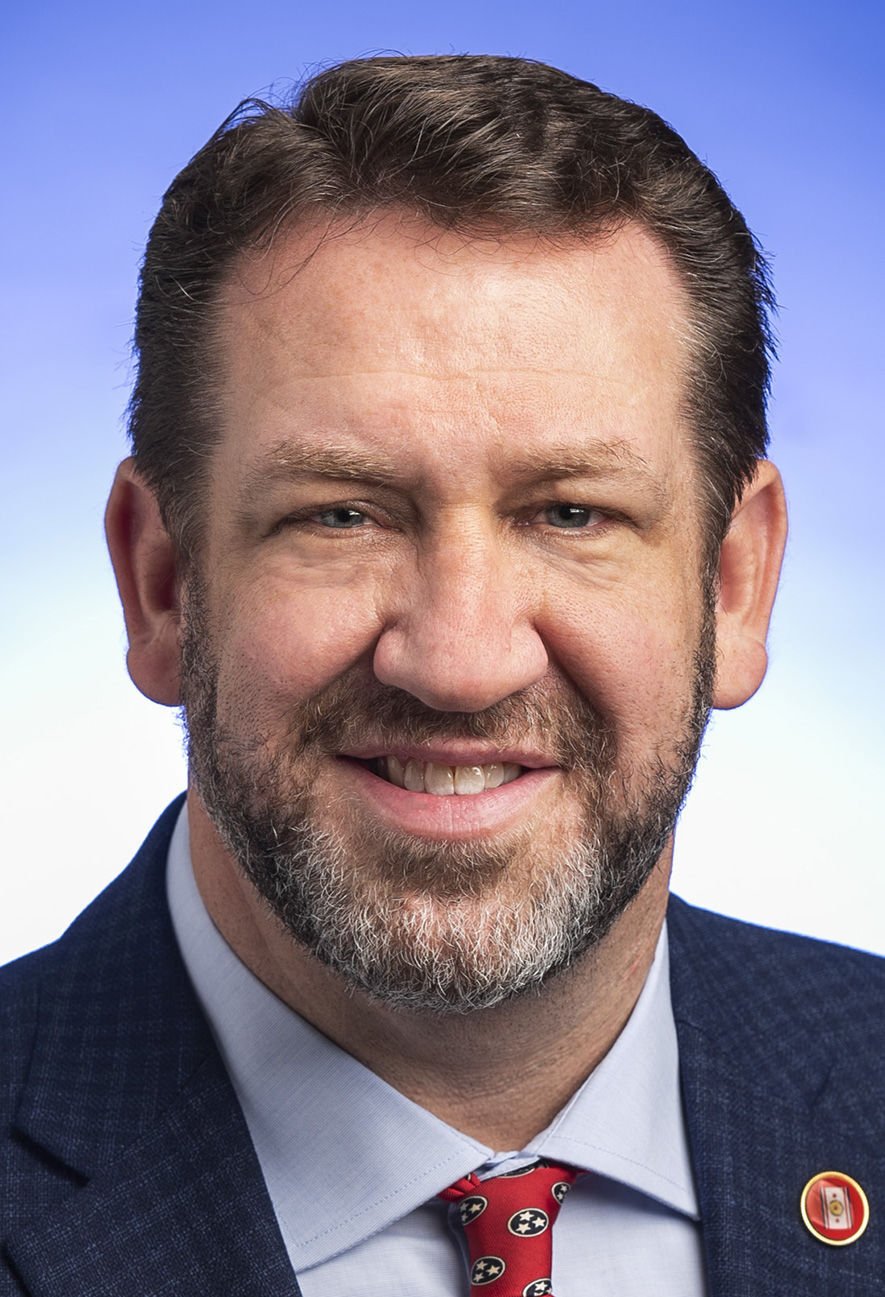 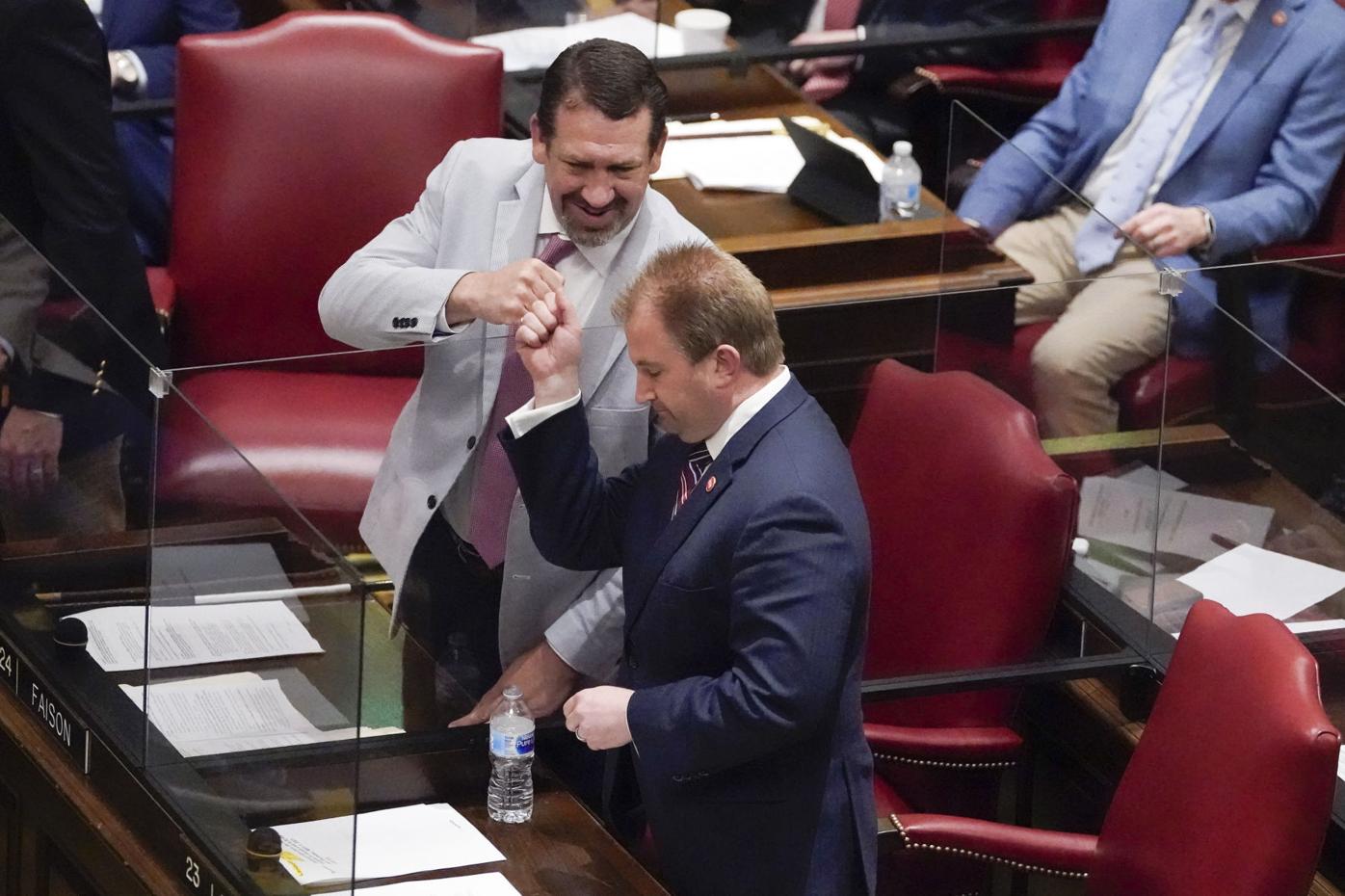 Tennesseans who are at least 21-years-old, or are honorably discharged or active in the U.S. Armed Forces, National Guard or Reserves, will be able to carry a handgun without a permit in places where they are lawfully allowed. This legislation does not change any law concerning the purchase of a handgun.

Those who carry without a permit must have no felony convictions, orders of protection in effect, pending charges or convictions for domestic violence or stalking, or have been adjudicated as a mental defective. In addition, individuals convicted of two DUI offenses within the last ten years or one in the last five years would not be eligible, as well as federal prohibitions which include illegal aliens and fugitives from justice.

The legislation also increases penalties for firearm-related crime to promote public safety including:

• Increasing the penalty for theft of a firearm to a Class E felony;

• Providing a sentencing enhancement for theft of a firearm in a car;

• Increasing the minimum sentence for theft of a firearm from 30 days to 180 days; and

House Bill 786 is similar to laws passed in 19 states, while 31 states recognize the right to carry openly. The bill now goes to the governor’s desk for final approval. House Bill 786 is expected to become law on July 1.

House Bill 326 adds aggravated statutory rape and statutory rape by an authority figure to the list of offenses for which an offender will be prohibited from having custody or inheritance rights with regard to a child born as a result of the offense and for which any visitation will be conditioned on the other parent’s request.

House Bill 326 protects a child from a questionable outcome in a civil custody battle by giving power to the victim of a rape and child of a rape to decide if and when a child will be around the father. House Bill 326 heads to Gov. Bill Lee’s desk for his signature.

The House chamber this week unanimously passed legislation expanding the definition of predatory offenses to include commercial sex trafficking.

House Bill 1180 adds the offense of trafficking a person for a commercial sex act to the meaning of predatory offenses for the purposes of sentencing a person as a child sexual predator.

Current law requires a convicted child sexual predator, aggravated rapist, multiple rapist, or child rapist to serve the entire sentence imposed by the court. Neither the governor nor the board of parole may release such an offender in an effort to reduce prison overcrowding before completion of the full sentence

House Bill 1180 adds those convicted of sex trafficking to the category of sex predators who are ineligible for early parole or release before completion of their full sentence.

House Bill 1180 was previously passed in the Senate chamber and it now heads to the governor’s desk for approval.

Republican leaders are sponsoring House Bill 83 which expands eligibility to service members for a master’s degree and certificate-producing programs. It provides tuition reimbursement for up to 120 hours for a bachelor’s degree, 40 hours for a master’s degree and 24 hours for a vocational or technical program. The legislation also provides reimbursement for up to 30 additional hours for any service member enrolled in ROTC or other officer-producing programs while pursuing a bachelor’s degree or master’s degree. Students enrolled in officer-producing programs are required to take certain courses which can be outside the requirements of their chosen degree. This could lead to ROTC students hitting the credit hour cap before obtaining their degree and losing their eligibility for additional reimbursement. Finally, the bill extends the program for four more years until June 30, 2025.

The STRONG Act has boosted recruitment of service members in the National Guard since its enactment in 2017. This legislation aims to retain and renew more service members by offering additional education benefits. The Senate version of the bill is expected to be considered for passage in the coming weeks.

Legislation that addresses Tennessee’s teacher shortage passed the House on Monday. House Bill 533 simplifies the process for teachers who are moving to Tennessee to receive an appropriate teaching license, helping qualified teachers get into classrooms quicker.

The bill allows out-of-state educators who possess the equivalent of a Tennessee professional teacher’s license in their current state to receive a Tennessee professional-level license without being required to take an assessment or receive certain evaluation scores. The Tennessee State Board of Education will have the authority to promulgate rules regarding the reciprocal licenses.

Republicans give patients more control over their prescriptions

Legislation to make certain reforms to how Pharmacy Benefit Managers (PBMs) operate in Tennessee is advancing through House committees. House Bill 1398 ensures patients can use the pharmacies they choose and trust rather than being forced by their insurance companies to use specialty pharmacies that often don’t meet patients’ needs. This is particularly important for patients with chronic, complex or rare diseases.

PBMs are companies that manage prescription drug benefits on behalf of health insurers, Medicare Part D drug plans, large employers and others. They are owned by insurance companies and often own pharmacies as well. As a big industry in the U.S., the top three PBMs in America service 230 million patients. House Bill 1398 puts patients first by giving them greater access, choice and transparency. The bill would ensure price reductions negotiated by the PBMs pass through the pharmacy directly to the consumer and that pharmacies are not paid below their acquisition cost.

In addition, the bill seeks to prohibit PBMs from discriminating against 340B facilities, which are health care safety net providers that serve the state’s most vulnerable populations. Currently, PBMs can amend a 340B entity’s contract and reimburse at a lower rate than negotiated, essentially withholding money from indigent care facilities. This can be detrimental to these entities which are working hard to stay open and provide care to those who need it most.

Finally, the bill improves transparency for patients by stating that a PBM has a responsibility to report any entitlement benefit percentage to both the plan and covered person. It will also remove opaqueness within the PBM system by freeing up data to provide accurate information to patients at the point of care, empowering discussions and decisions about medicine a patient can afford and what it is going to cost.

The bill now moves to the Insurance Committee for consideration on April 6.

The House chamber unanimously passed legislation addressing ongoing security and public safety concerns in Tennessee prisons. Dangerous inmates are getting access to cell phones and using them to direct criminal activity despite the fact that they are confined within penitentiary facilities. They have been used in the planning of escapes, drug dealing, money extortions, witness/victim intimidation, and violent crimes such as murder.

House Bill 1343 aims to curb the practice by making the possession of a telecommunications device in a penal institution a Class E felony, punishable by a fine of up to $3,000 on second offense.

Current law makes it a felony offense to introduce a telecommunications device into a prison, but possession by an inmate is not a crime. This has hampered the ability of prison officials to place cell phones found in possession of an inmate in the stolen phone database or to get a subpoena to uncover evidence of criminal activity recorded on the device. It also prevents them from prohibiting future access to the phone number because possession by the inmate is not a crime under current Tennessee law. House Bill 1343 helps law enforcement get over that hurdle by making it a felony offense.

Legislation that seeks to protect small businesses during a state of emergency passed unanimously in the House Chamber on Monday.

The Covid-19 pandemic presented many challenges for small businesses across the state. Those that were not deemed essential suffered while their bigger competitors were allowed to remain open, ultimately giving government the authority to pick winners and losers in business.

House Bill 855, also known as the “Business Fairness Act,” provides businesses with the assurance that they cannot be forced to close while larger competitors stay open, and also gives businesses the choice to follow any set of guidelines, state or local, that allows them to operate at the capacity that works best for the business to protect their customers and employees. House Bill 855 now heads to the governor’s desk for his signature.

Legislation that aims to decrease thefts of catalytic converters in Tennessee will be up for consideration in the House chamber on April 8. In partnership with local and state law enforcement agencies, House Bill 1155 targets those who steal catalytic converters from cars. The bill requires any entity engaged in buying these unattached parts to notify law enforcement of these purchases. This will support the creation of a registry which will help suppress criminal activity in Tennessee.