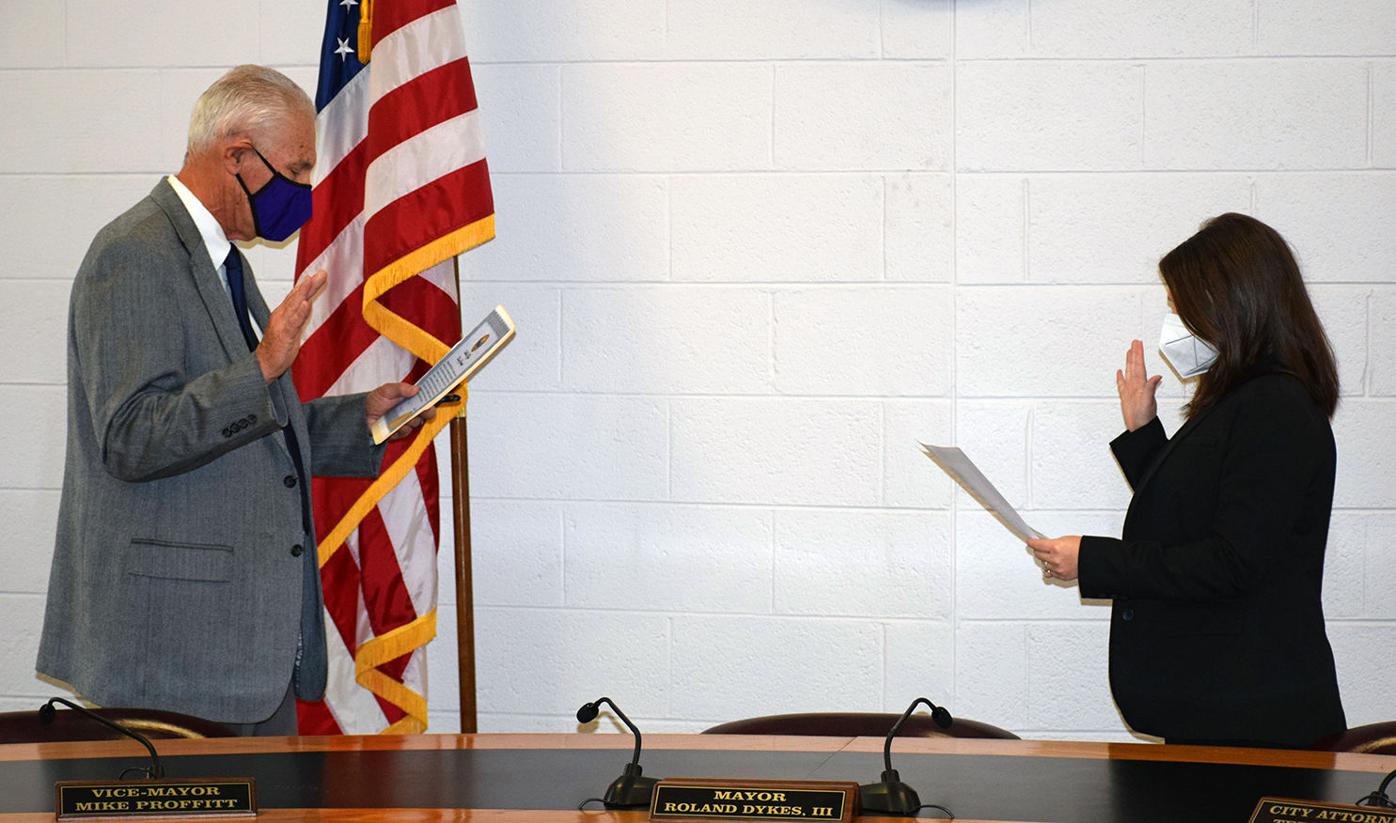 Brittany Vick took her oath of office Wednesday morning after being named Municipal Judge for the City of Newport. Terry Hurst, City Attorney, at left, administered the oath on behalf of the city during the swearing in ceremony.

Brittany Vick took her oath of office Wednesday morning after being named Municipal Judge for the City of Newport. Terry Hurst, City Attorney, at left, administered the oath on behalf of the city during the swearing in ceremony.

NEWPORT—The City of Newport Board of Mayor and Aldermen met Tuesday evening where they appointed local attorney Brittany Wild Vick to serve as the city’s next Municipal Judge.

The seat was vacant after the passing of Judge Vida Bell.

The council did not have a lengthy agenda to tackle and was in session for an hour. All members were present with the exception of Alderman Steve Smith.

Without any discussion or questions, the council voted unanimously to appoint Brittany Vick to the position. Vick was chosen over two other candidates, Carty McSween and Assistant District Attorney Joann Sheldon.

“It is an honor and a privilege to serve as the next Municipal Judge for the City of Newport. I want to thank the Mayor, the Vice Mayor and the board of Aldermen and Alderwomen for such an opportunity.” Vick stated.

“I look forward to working with everyone in the city and will serve to the best of my ability. In addition to serving as Municipal Judge, it will be a great pleasure to maintain my general law practice in Newport, Tennessee.”

Vick is a Newport native, having graduated from Cocke County High School before attending the University of Tennessee in Knoxville.

After graduating from UT Knoxville, Vick enrolled at Nashville School of Law where she got her Doctorate of Jurisprudence.

In 2014, Vick started her practice in Newport. She also served as County Attorney for a short period of time.

In other news, Community Development Director Gary Carver announced the Shults Family Foundation has donated $100,000 to the Walters State Foundation. The money is earmarked for the Tanner Building.

City Administrator James Finchum told council members that the City of Newport is still following the State of Tennessee and CDC guidelines in regards to COVID-19. Finchum said as of Tuesday, there has only been one City of Newport employee thats tested positive for the virus.

In other business, the council voted to amend the Newport Police Department’s General Orders.

They also accepted two bids during the meeting. Those bids were to purchase salt for the City of Newport and purchase and install equipment for new patrol vehicles for the Newport Police Department.