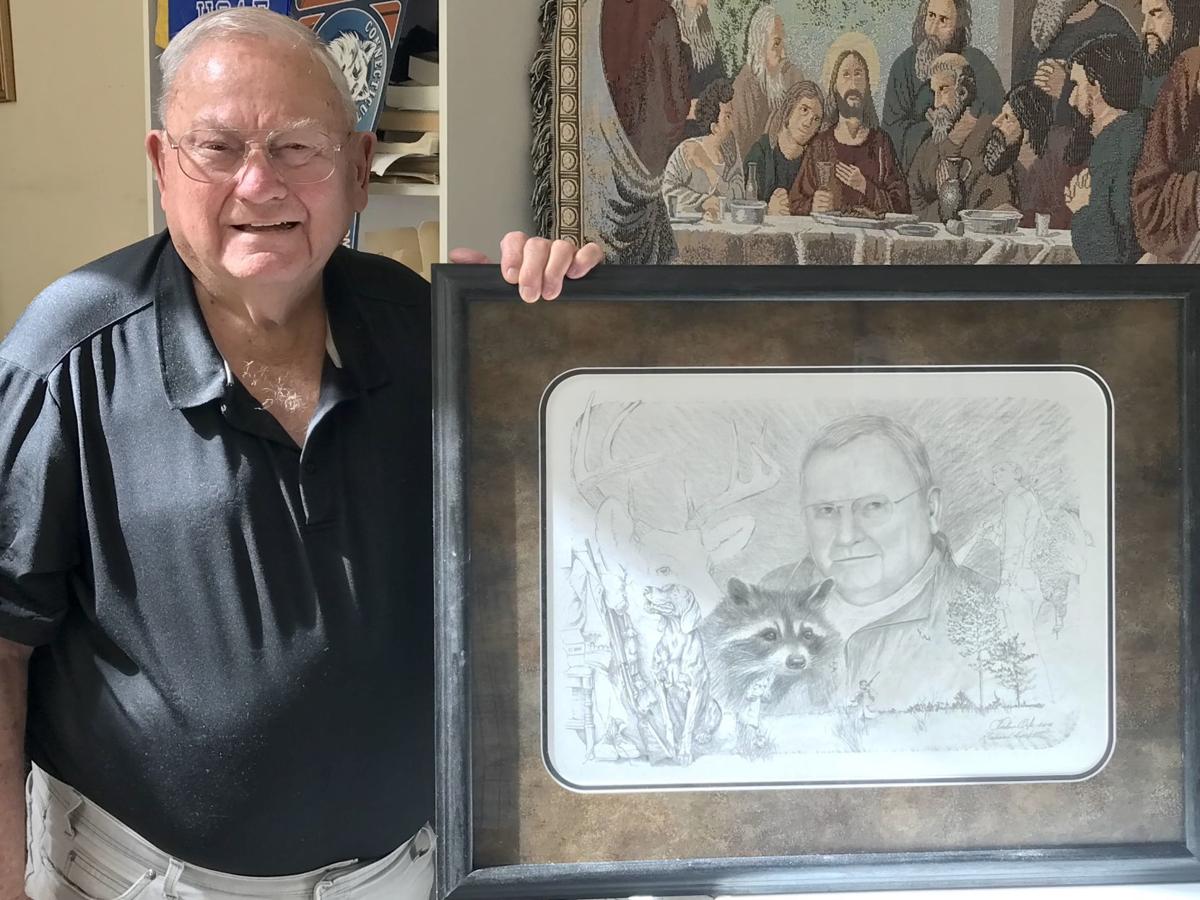 Rev. Frank Bell is proud of this hand drawn portrait by artist Thelma Ogle. The large portrait hangs on his wall and was presented to him in December 2018, when he retired from pastoring Webb Baptist Church. 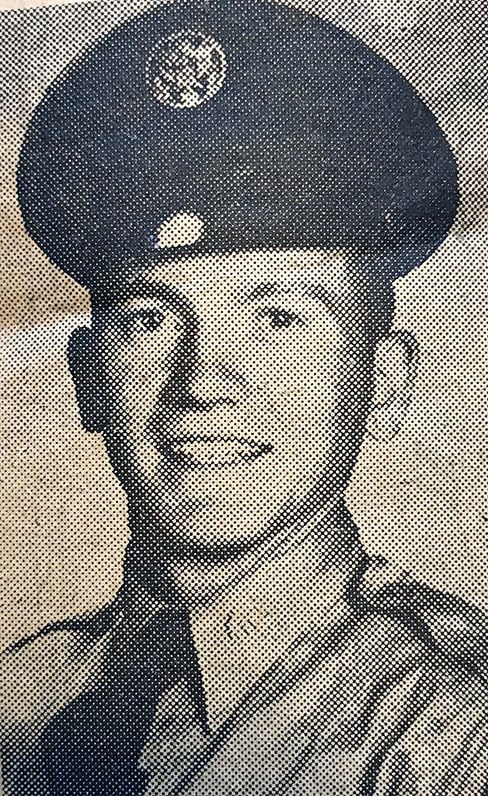 This military photo of PFC Frank D. Bell was made at Tyndal AFB, Panana City, shortly after he finished training. Frank was about 19 at the time. 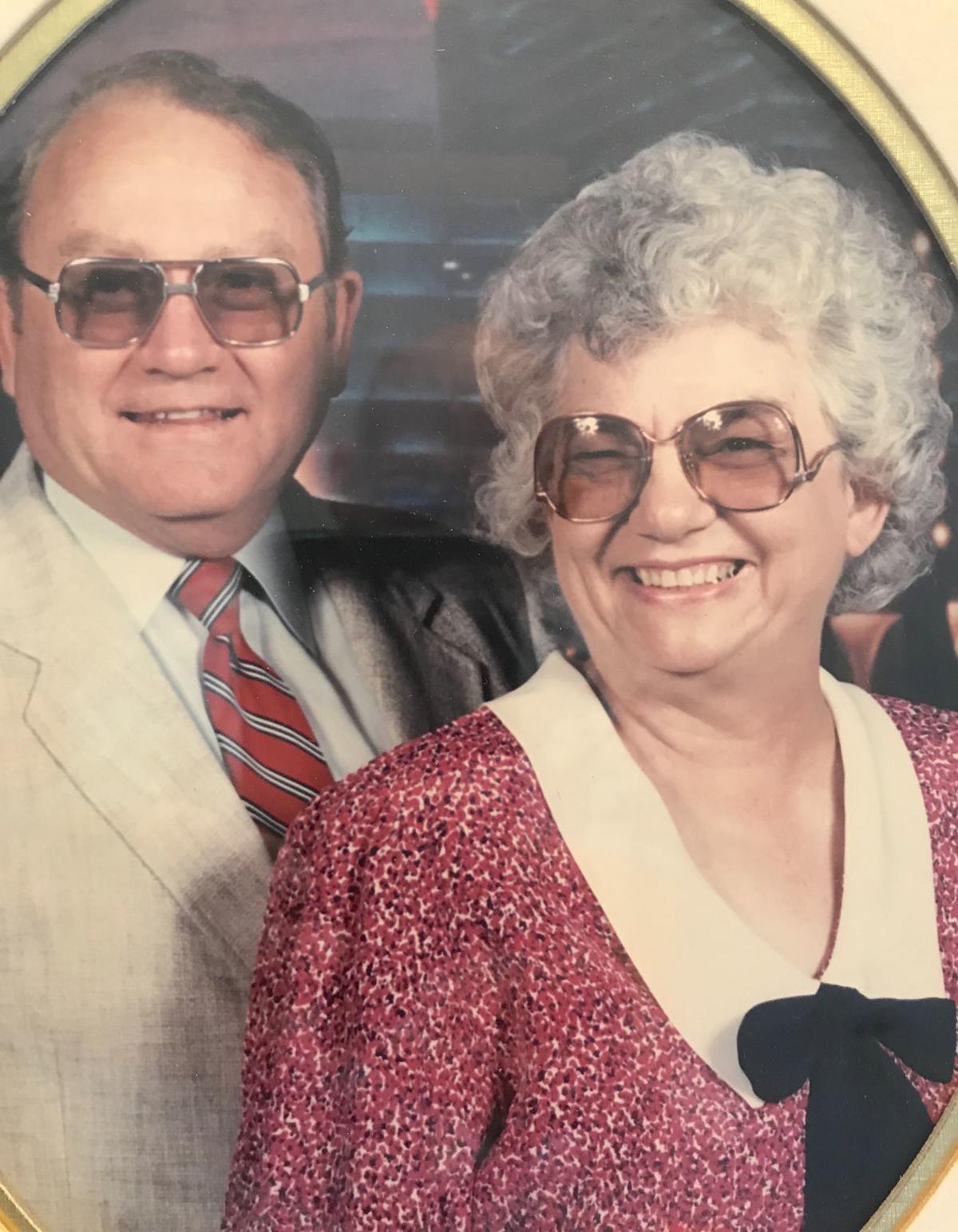 This 1989 photo shows Frank and Una Bell in 1989, and though you can’t see them, the children and grandchildren photos surround them. The color photo was made at the Southern Baptist Convention that year.

Rev. Frank Bell is proud of this hand drawn portrait by artist Thelma Ogle. The large portrait hangs on his wall and was presented to him in December 2018, when he retired from pastoring Webb Baptist Church.

This military photo of PFC Frank D. Bell was made at Tyndal AFB, Panana City, shortly after he finished training. Frank was about 19 at the time.

This 1989 photo shows Frank and Una Bell in 1989, and though you can’t see them, the children and grandchildren photos surround them. The color photo was made at the Southern Baptist Convention that year.

Lonely raindrops, they finally started arriving late Thursday to dampen the blanket of loose leaves about our hometown while weather forecasters promise some 70-degee days towards mid-October.

We have been visiting with Rev. Frank Bell of Cosby and looking back at his life and times from his birth in 1932 at Toccoa, Georgia, his pre-Korean War military service, education and teaching, and lifetime service to the Lord in ministry.

“The Lord sent me here,” to Cocke County, he said, and revealed that as a young man he thought he would not live until age 40. His goals then did not include marriage, family, teaching at Cosby High School or pastoring Webb Baptist. Instead he wanted to be a champion boxer.

“I wasted many years.” He worked on the cotton farm with his family until he was old enough to walk to town in South Carolina and work at a Winn Dixie and later a cotton mill.

Frank’s treeing Walker hound had not moved far from the front door, when I returned last week on one of the endless dry days. Lady got up to see me and then promptly laid back down without a snarl.

My start question to Frank was left over from our first meeting. Why did the Willis Arthur Bell family move 18 miles from Georgia at the Tugalo River north to Westminster, South Carolina? It was a chance for the family to become landowners and not tenants. During the Great Depression they were poor but proud and did not accept government assistance.

“We hunted and fished so we could eat. It wasn’t for recreation.” Frank told the story of bumping into a African American man fishing in SC, and Frank asked him why he liked to fish. The man said he liked to eat.

Young Frank made $20 a week at the local IGA. He accepted $37.50 a week and moved on as a produce manager at Winn Dixie. But the young men were all leaving for the military in the early 1950s. He left behind his varsity football, but kept his love for boxing.

Looking back at meeting Una Merle Gay at Ramey Air Force Base, he sees how the “Lord’s hand was in it.” Consider this: he is a farm boy with high school education and in his early 20s in the Army. She grew up near Springfield, Massachusetts and went into Air Force College to be a meteorologist.

They would not arrive in Cocke County until 1959. Tech Sgt. Una Bell arrives at Aguadilla, Puerto Rico in 1952, and Corporal Frank Bell checks her pass at the base gate. He is a security police officer. It must have been love at first sight, at least for Frank.

“She played softball, basketball and loved to swim and was very athletic up until her cancer diagnosis in 1981.” I will talk more about this. That same year my boss, Arthur Petrey, Plain Talk publisher died of cancer.

Una was a year younger than Frank but supplied great direction and stability to his life, he said. The Army routinely flew Frank and other security soldiers to other bases. He was accustomed to the C-129 and happened to be in one that had engine failure. “They told us to have our shark repellant ready.” The heavy cargo plane made it to Florida and on to its destination but not without another hiccup before landing.

I mentioned his love of boxing, and most likely had he not met Una would have pursued his dream to be a world champion. At 155 pounds in the Army he learned enough to coach other boxers. “I was a street fighter. I broke my left hand fighting.”

He candidly admitted the Lord was calling him but he resisted. Even after entering the ministry he continued sharing boxing with Cocke County youth during the 1970s with his chartered boxing club. Police officer and talented boxer Ronnie Dyke was one of his young boxers as were all the Bell boys: Dallas, John, Joel, and Daniel.

Daniel wanted to be a boxer also but got the call to the ministry and ultimately became a chaplain.

Yes, there are two Bell daughters: the oldest is Linda Meese, a supervisor with the department of revenue in Atlanta; and Rebecca Hunter, who teaches music in state college near her home at Florence, SC. Her husband Rex is a pastor and music teacher.

After leaving Aguadilla, Frank returned to SC for a sales job and later reunited with Una, who had to serve an additional six months. They were already married: Dec. 7, 1955. “Money was tight. I had $5 in my pocket. I spent $10 on a marriage license.”

They lived in Greenville and went to North Greenville College from 1956-57. They later got degrees at Carson-Newman College.

At first Rev. Bell did supply pastoring and got called to Union Baptist Church off Bogard Road. He recalled arriving the last Sunday in Nov. 1959 driving their 1950-51 Studebaker with two sons in the back seat: Dallas, about three, and John, about one year old. Joel was “in the trunk.”

Frank admitted he made excuses not to accept the call but finally was persuaded by the Lord and Deacons Amos Butler and Orville Sisk. Charles Click’s father built the church that still stands. Frank also remembered Deacon Earl Daniels, who was my friend also.

That first pastorate pay was $35 per week and the deacons added $5 when Frank and Una also did the janitorial cleaning. By 1960, Frank had added doing his first schoolteacher’s stint at Edwina. He resigned from Union Baptist in 1963.