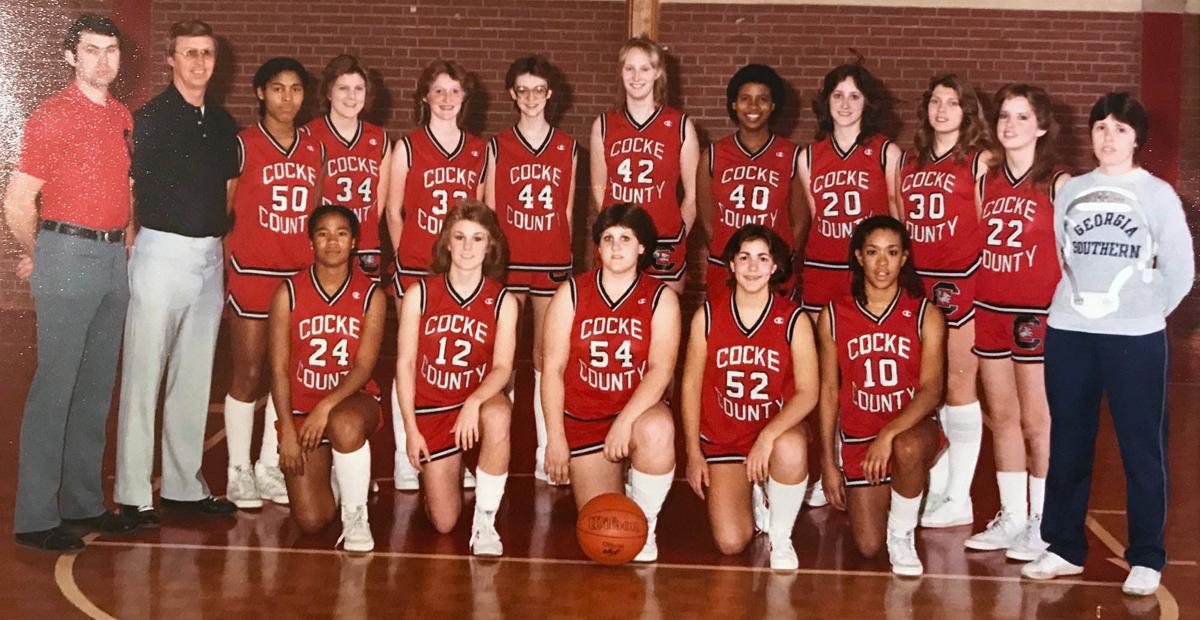 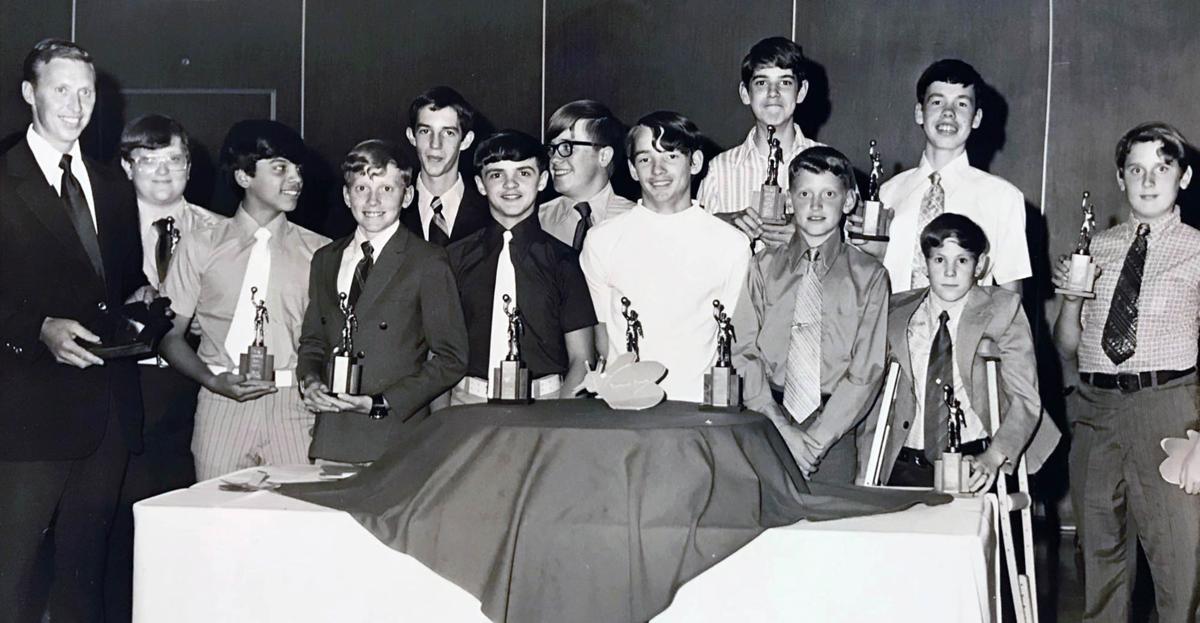 This is a Northport elementary boys team from the early 1960s. We didn’t have the names, but John Frazier knew a few. At far right on crutches is Mike Gentry. The second boy from left is Dennis Samples. Boy in white shirt, center, is Gerald Bible. Next to him on left with white tie is Brian Gregg. If someone can name them, the Plain Talk can republish the photo with all the names.

This is a Northport elementary boys team from the early 1960s. We didn’t have the names, but John Frazier knew a few. At far right on crutches is Mike Gentry. The second boy from left is Dennis Samples. Boy in white shirt, center, is Gerald Bible. Next to him on left with white tie is Brian Gregg. If someone can name them, the Plain Talk can republish the photo with all the names.

Weekend rains were expected to usher in much colder weather for our hometown, as January trudges to its long end but the icy news about Conagra’s planned Newport plant closing took away the sunshine.

Some days have passed since we began talking with former basketball coach and referee John F. Frazier. It is time we returned to his story, which I call “From dirt courts to hardwoods.”

But let me add some details from the earlier years and right after or during the time he and Scott McClure served in Korea after the Korean War. John met the former Uneda Walker and they were married in 1955 and were married for 59 years.

Their children are Cindy Wise, married to Don Wise; and Lisa Shults, married to Lynn Shults. There are three grandchildren: Lisa Wise, Steven Shults, and Daniel Shults, plus 7 great grandchildren.

Uneda died in September 2014 of congestive heart failure. John said he would be in better health had he not smoked. “Don’t smoke one cigarette,” he advises youth.

Some time later John said he was fortunate to meet Arona (Shults) Shoemaker, whose husband had died four months earlier.

“The Lord works in strange ways,” he said. Although John does have AF (atrial fibrillation), a malady that runs on the male side of his family, Robert Frazier, his Dad, also had AF and lived to be 92.

Looking back on his life and the many school students he has worked with and tried to help both on and off the courts, he said it makes him appreciate being blessed to live so long for he has outlived many of the young athletes he coached.

Like many of those over age 80 who grew up when there were no gyms, most all sports and fitness exercises were outdoors. John played both baseball and basketball but gravitated to basketball as his favorite. At Northport he began the strides that resulted in decades of fun, lessons, exasperation, and rewards.

“If you won the championship then, you had to beat Northport. Mrs. Gregory supported us 100 percent.”

He credited the county school board and Superintendent Oscar Bryant with having the vision and determination to see that every elementary school had a gymnasium. This was during the 1950s for the gym construction program.

He began coaching early not only at Northport but Centerview too. Payne Buckner joined John in coaching at Centerview when they picked the team colors about 1955. He added as a tidbit for my behalf that Janice Cody (Mrs. Brownie Cody) played basketball then at Centerview. She was a cousin to Uneda Walker. He recalls that Principal Shannon Grooms asked him to coach at Northwest and it was “uplifting” to John. He also mentioned that Z Buda coached the Parrottsville boys from 1952-53.

From this era he recalled player Doris Smelcer, perhaps the only living basketball starter from the early 1950s. She was a sister to G. D. Williams, my neighbor who died recently.

By the 1970s John was also officiating at elementary and B-team basketball games including the winter tournaments in Cocke County. Other referees included Harold Grooms, L. D. Brooks, Jimmy Lindsey, Bill Lewis, and Clifford Clevenger. John F. recalls that former Cocke County Clerk Don Boley was principal at Del Rio School when he worked with others to organize the Ed Jones Referee Association.

Another point John made while reviewing his 40-years in local basketball was this: “When they took Newport Grammar School out of the county competition it hurt Cocke County elementary basketball.”

One of his standouts from coaching at Northport was Kathy O’Neil. I found a photo recently in back issues of the Plain Talk and presented it to you about Jan. 12, 2020. Frazier also commented that another standout and top player was Anita Holt.

As John F. gained skills and interest he moved up to coach high school B teams for Newport. He still remembers Michael Carmichael and other solid players from the early 1980s. Coach Gary Brown worked with John and he recalls him with sadness because Coach Brown died of leukemia.

Some basketball players’ names that jumped out when I asked him to name a few were Lucy Dunn and Susan Laws. “We kept the high school girls program going. The girls won the district two years in a row and went on to sub state,” he said. Scott McClure stepped up to coach the girls and John the boys until end of 1988 season.

By 1987 through 1988 John was coaching the Cocke County High School boys team and current football head coach Scotty Dykes was then assisting John F. You saw their photo we published in January.

With Martin Luther King Jr. Day Monday, John said it is good time to point out the significant and strong contribution black athletes made to the sports programs. A few he could quickly name were Steve Marshall, who is an NCAA football official, Richard Carmichael, Chuck Reed, Freddy Robinson, and Callie Thomas.

I asked John F. to reflect on his close friend Scott with whom he grew up. Clyde Rainwater of Swannsylvania gets John’s credit for helping the young McClure. They became close friends at high school where Scott dated John’s sister Myra. After graduation in 1955 they joined the Army and served together in Korea.

They then worked at Wall Tube. Scott went on to the can shop at Stokely’s and John into plumbing. “He was real competitive.” John said that Evelyn Maloy had a beneficial affect on Scott, putting him on the path to get his degree at Carson Newman University. They married and she taught school, and John has lived long enough to witness her untimely death from a brain tumor and Scott’s passing in 2012.

John appreciates the First Free Will Baptist Church in the Northport area. He thanked former pastor Eddie Young for getting him to go to the church. The current pastor is Paul Moore.

Most gratifying has not necessarily been the wins but just to see children do better and gain from sports at school. He bought his share of hamburgers and ball shoes to help youth be able to play and succeed at basketball. “They all call me ‘John F’.” The players from the past decades still call him regularly. It is good medicine for him.