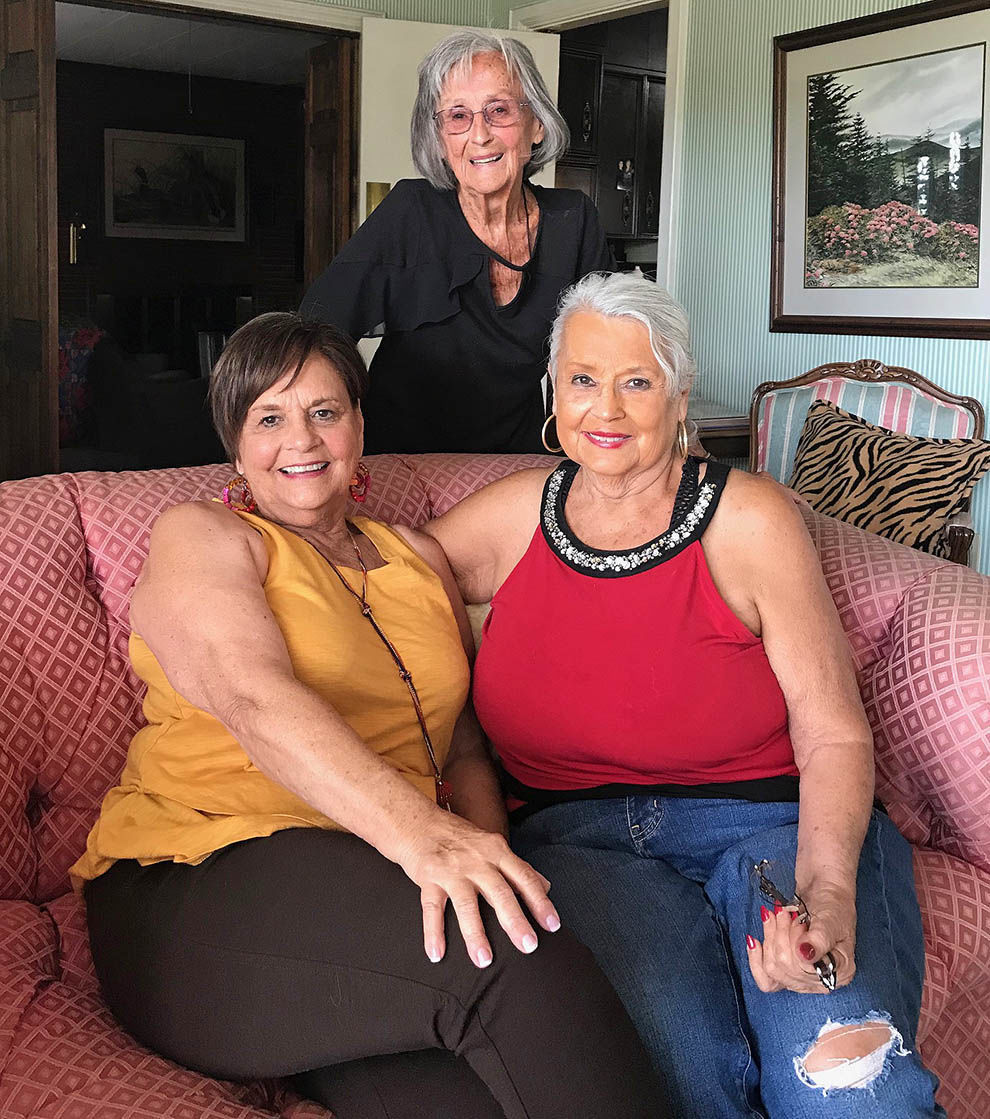 You know the close Newport family of Imogene (Neas) Freeman who I visited in September to interview. They are Barbara Davis, seated at left next to Regina (Freeman) Mason, Imogene’s daughter. Standing is Imogene, who is Barbara’s older sister. 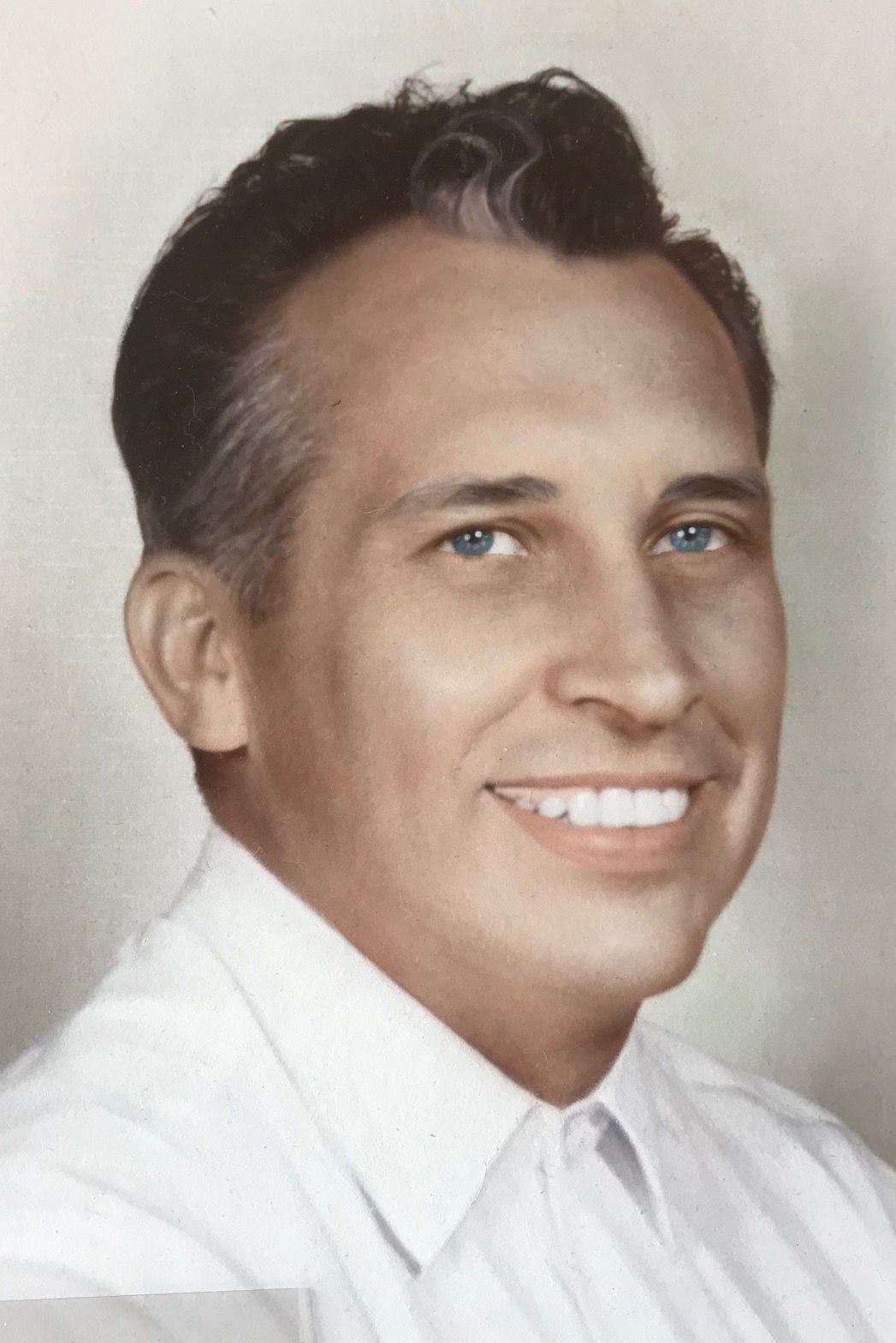 Paul Freeman is about 27 years old in this photo shared by the family. He had already entered the world of furniture sales in East Tennessee. 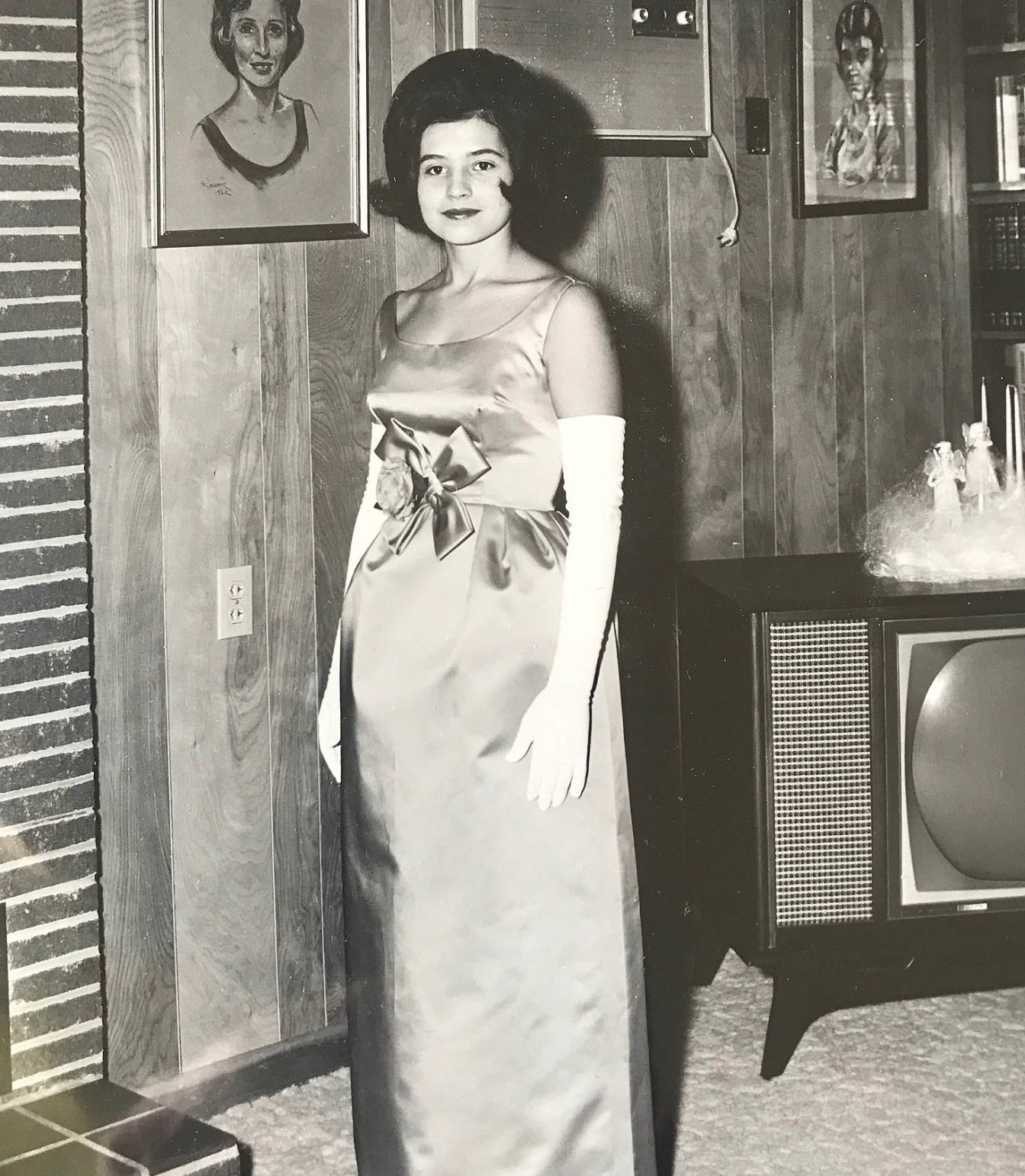 This 1960s photo shows Regina Freeman at the home of her parents, Paul and Imogene Freeman. The console TV dates the photo.

You know the close Newport family of Imogene (Neas) Freeman who I visited in September to interview. They are Barbara Davis, seated at left next to Regina (Freeman) Mason, Imogene’s daughter. Standing is Imogene, who is Barbara’s older sister.

Paul Freeman is about 27 years old in this photo shared by the family. He had already entered the world of furniture sales in East Tennessee.

This 1960s photo shows Regina Freeman at the home of her parents, Paul and Imogene Freeman. The console TV dates the photo.

Sunday is supposed to begin a trend of cooler weather after rain for our parched hometown where the current 90s fall to the low 70s by Monday, Oct. 7 and shower chances increase.

Several weeks ago I had been thinking about a prominent fellow you know who had suffered a horrible high blood sugar episode last year, I think. Many months had passed so it was time for me to check on Charlie Mason. When I dropped in several weeks ago he happened to be at his desk wielding a five or six foot staff and wore a back brace. Bobby Knight was there too.

How’s your blood sugar doing, Charlie?” He whipped out his cellphone or some device and held it to his left upper arm and showed me the 105 reading. That’s normal. But I wondered also about all the braces including one on his lower calf and foot.

Charlie had endured some significant back surgery and as a result still suffered some nerve damage, he said. I planned to chat with him for a story but he deferred until he reaches the 50-year career mark early in 2020. He said his mother-in-law would make a better column. I agreed knowing about her decades working as a teacher and administrator.

Charlie lined up a meeting with his mother-in-law, Imogene Freeman, who would be with her sister, Barbara Davis, and Imogene’s daughter, Regina Mason. I was always impressed with the job she did teaching music at Newport Grammar School. The Plain Talk made many photos over the years of her students’ musical presentations.

Not only were Imogene and Regina career teachers, but so was Barbara. It was a pleasure to sit and talk with them and plan to return for more of this story. I arrived at the Fourth Street home that seemed vaguely familiar because I must have visited her late husband Paul Freeman there 25 or 30 years ago. They live next door to Bill and Patsy Williams.

The most familiar house on the corner, at least to me, the stone faced one holds many memories because Harold Smith lived there and we watched many entertaining B-westerns, Disney cartoons, and 1940s serials and cartoon films hosted by Harold Smith’s, wife Zola, and daughter, Sherry. Today the house is owned by Eric Mason.

Imogene Neas Freeman is a Parrottsville native, of the Freshour Hollow and Happy Hollow community area. Her father was Leo Burnett Neas, who married Suella Freshour, a cousin to Guy Freshour, said Imogene. Leo grew tobacco, raised dairy and beef cattle. I guess that is why Imogene has an unusual interest in livestock that she shared. She has an outstanding bull and likes the cattle farm.

The other children beside Imogene and Barbara would be the late James Stokely Neas, a former Sonoco trucker and quiet humble fellow, and the late Fred Neas. His life is sad it seems to me. He married the former Pat Sparks, worked at the Tannery and served in Korea during the 1950s conflict. Apparently he was in the military when diagnosed with lung cancer and died at age 23.

How we got to talk about her memories of Pet Milk delivering glass quart bottles, I can’t recall. Although she did confide that when she and Fred milked on the Neas farm they often squirted each other with milk that never got in those bottles.

Born July 8, 1927, Imogene still remembers how the Neases harvested corn and wheat sent to Mohawk to be traded for ground meal and wheat flour.

She attended the Baltimore and Long Creek schools. “The community would support the students in every capacity. Some children had no food to bring. The neighbors who had plenty sent food to school for the children. Imogene recalled the beans, potato salad, corn, cornbread would arrive for lunch.

Later she was bused to Parrottsville School and is thankful for the home economics taught by Ruth Sweeten. Some fellow students might recall that Imogene played guitar to entertain. So you can see the musical notes that danced through the genes into Regina. World War II had started when she was in high school.

“Most of my teachers were relatives like Blanche Ottinger and Ted Winters. They liked me and I got good grades.” The stone building that housed home economics still stands near the Parrottsville Fire Department. The ‘Home Ec’ classes were small, eight to 10 students, learning sewing, cooking, how to set a table and serve meals, meal planning and menus.

“I was not a math person. Essie was.” Imogene liked Bible and religious studies. “This helped me in the community.”

I was really curious how she met Paul Freeman, who had gotten out of the Navy after WWII and came home and attended Bethel Baptist off Baltimore Road. I learned during a mid-summer visit with Fonda (Freeman) Williamson that most of the Freemans including Paul’s family came from the Gulf Road, Hartford area.

It was at church that Paul and Imogene met and started dating and she admitted it was “a fast courtship.” Paul had the advantage of a borrowed Chrysler from his Dad, Talmadge Freeman, who happened to be the Chrysler dealer.

By July 12, 1947 they were married at Bethel by Rev. Moore. Barbara also recalls attending the church. Imogene had already started teaching at Baltimore School, the eighth grade. She said Paul would have liked to go back to sea, but his father needed him in the office at the furniture business. Paul began soon to manage the White Pine store, which is at the Hwy. 25E intersection and diagonal from Sonic. You’ve seen the old furniture in the white block building, an antique store.