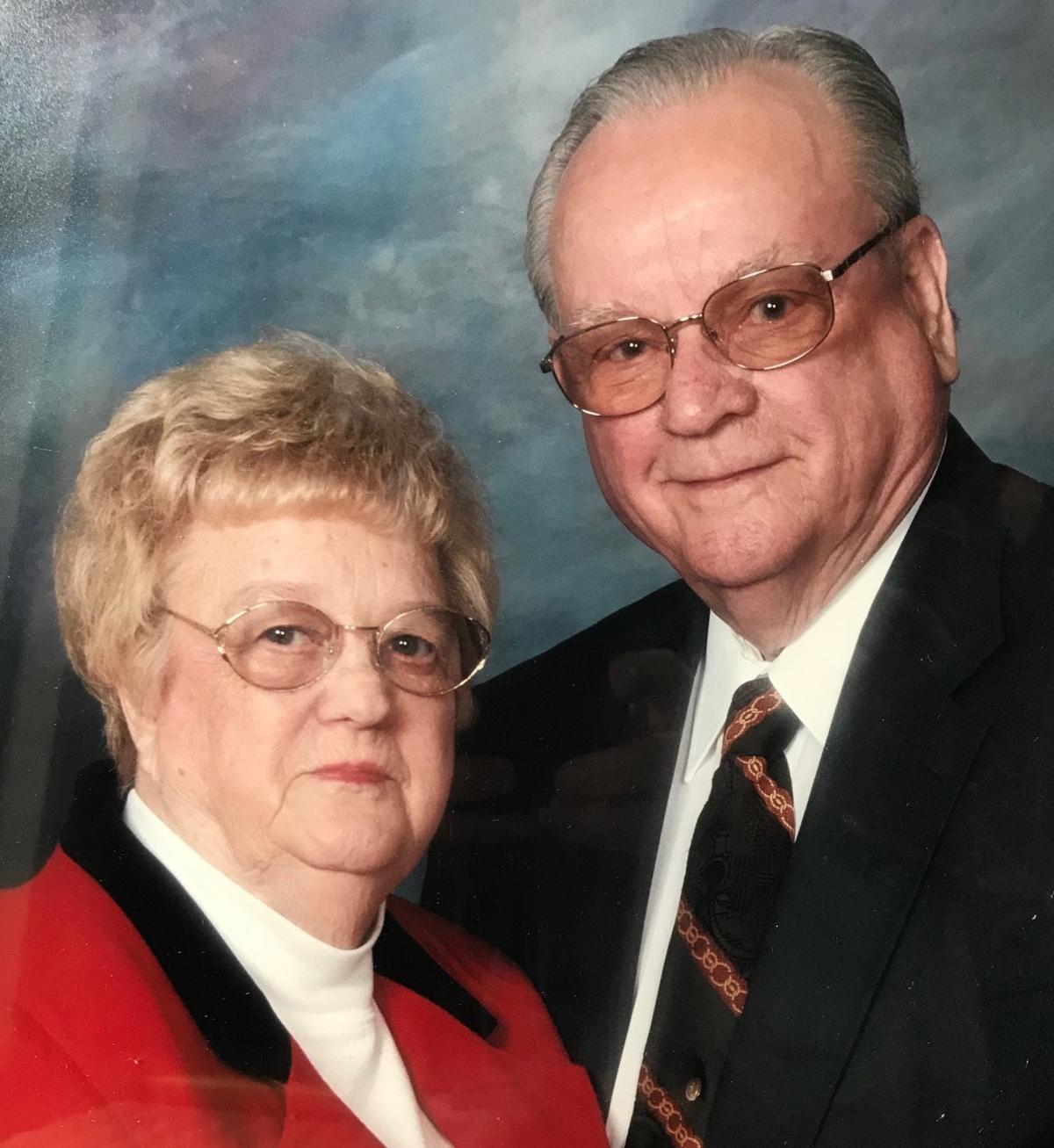 Tom and his wife, Vaude Lee, were married in December 1949 and were married for about 60 years. Their photo is in a prominent place in Tom’s Greasy Cove Road home. 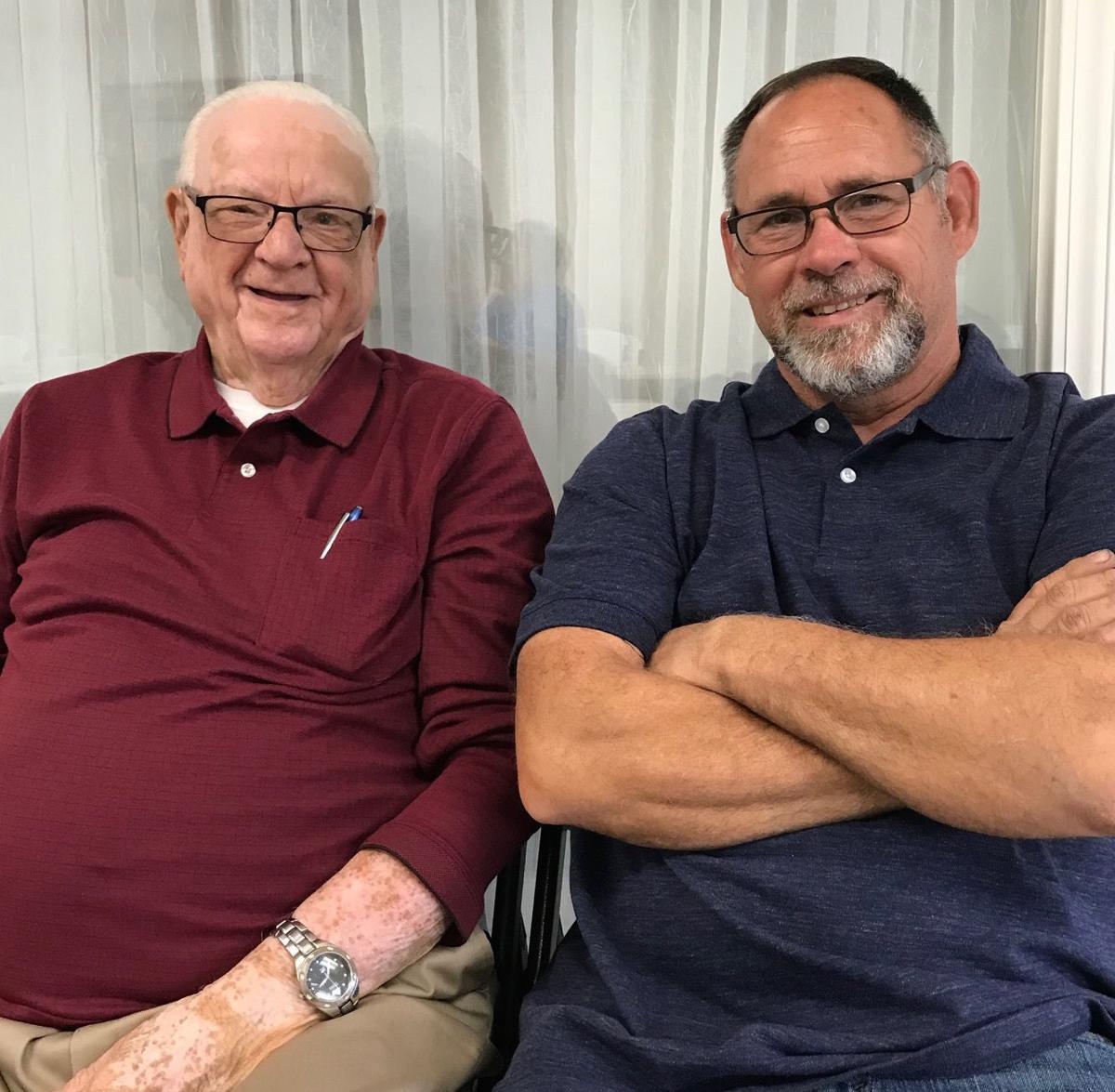 Tom and his wife, Vaude Lee, were married in December 1949 and were married for about 60 years. Their photo is in a prominent place in Tom’s Greasy Cove Road home.

You can thank the early fogs in August for bringing in an early snowfall and bone chilling weather last week for our hometown that is seeing the sun return with briskness.

Last week we started our visit with former Cocke County Commissioner Tom Sutton, who turned 95 in late October and looks to me like he could easily make it to 100. Hope to celebrate with him then, October 25.

Born in 1924 at upper Cosby, he worked on the family farm off Groundhog Road, entered World War II and then returned home to work at American Enka.

He had gone to war leaving stateside in the Queen Mary and returned during the war in 1944 on the George Washington.

You might have known some of his Groundhog neighbors: Arlie Webb, Matthew Woody, and Wilson Webb.

For a short time after his service he worked with the Works Progress Administration (WPA) on public works projects such as roads, bridges, schools and other public buildings. One of his closest friends then and now is Gradon “Rabbit” Mathis of Caton’s Grove.

This was during the early 1960s, as best I can figure, when Tom was at work and his wife and her friends including Grace Mathis and Arlene Cureton were working in a nearby farm field. Tom got alerted at the Enka Lowland plant, his new job, that his house was on fire. The call came from Walt “Cathead” Shults in Newport.

Co-worker and friend Gene Webb had a 1955 Ford Crown Victoria and drove Tom from Lowland to Cosby in a short time. Unfortunately the house and everything they had burned. There were suspicions that the fire was arson but the Suttons were not a target.

Tom went on to work 25 years at Enka and of course knew many of the folks you did such as former Sheriff Tunney Moore and County Judge Emanuel Reed. It is also where he met and became close friends to Bill Williamson, also a commissioner in the Fifth Civil District with Tom.

At Enka, Tom’s first job was in the nylon spinner room. “The acrid acid burned your eyes.” Later Bob Chapman made Tom a supervisor.

To iron out the timeline a little better let me explain that Tom had married Vauda Lee December 24, 1949. She was the daughter of Arter and Linda Ball. Squire Windy Giles married them. It was after this that Tom started work at Enka.

For a short time the married couple lived off Liberty Road in a stone house owned by Creed Proffitt. That house eventually went to Vickie Holt, Fred Holt’s wife. I bumped into Fred Holt at Walmart last week and we talked about the area in and around the Cub Motel.

Tom and Vauda Lee had three children: Mike, Tommy, and Panzie. Tommy died of esophageal cancer. His wife, the former Lila Shaver died of cancer a year later. Mike died years ago of medical complications. Panzie is the only surviving child. She is married to Jerry Wolfe, who is from South Dakota. They live near Jack’s Market that she used to help manage. At one time they owned the Mountain View Apartments, sold these and retired. Vauda Lee died in 2010.

In the early 1950s the Suttons took a break from Cocke County and moved to Cleveland, Ohio, where Tom worked at the Ford Motor Company plant. Vauda Lee’s parents were also living there at the time along with many other Cocke countians. “Everybody went there to work in Cleveland in the 1950s,” said Tom.

Panzie was born in Cleveland but didn’t stay long. Tom had a 1950 Ford and returned his family to Cosby and the Smoky Mountains. He returned to work at Enka and probably did one important thing that helped him reach age 95.

“I was smoking Winstons and paid 40 to 50 cents a pack. I decided to quit and gave my last pack to Artis Jenkins during the midnight shift.”

Tom’s long life made it possible for him to work more than 50 years, including a career at the Cocke County Highway Department from the mid 1970s to about 1990.

He had been married to Vauda Lee for 60 years. He held the Fifth District Commission post for 37 years. During his life he has been in general good health.

During his years at the county highway department he worked for Moose Clevenger and John Holloway. But he was friends with many earlier officials. “Tom O’Dell was a real good friend. I bought a brown four-door Ford from him for $800.”

Tom has many funny recollections like the time at commission meetings when folks were asking O’Dell for loads of rock for their private driveways. O’Dell would reply, “Bring you a sack and come get some.” Sutton was only beat one time and that was buy Wade Allen in Tom’s first political race.

He had gall bladder surgery and right knee replacement. “I’ve been blessed.” Many years he attended Webb Baptist Church during Rev. Frank Bell’s tenure. “He is a real jewel,” said Tom of his old friend Rev. Bell.

Tom offers this advice to those who wish to live long: “Be honest, and work. Honor your father and mother.” If you do, your years on this Earth might be long and blessed. Join him anytime for a chat and ask him to sing a chorus from “Beulah Land.” That will be his home.