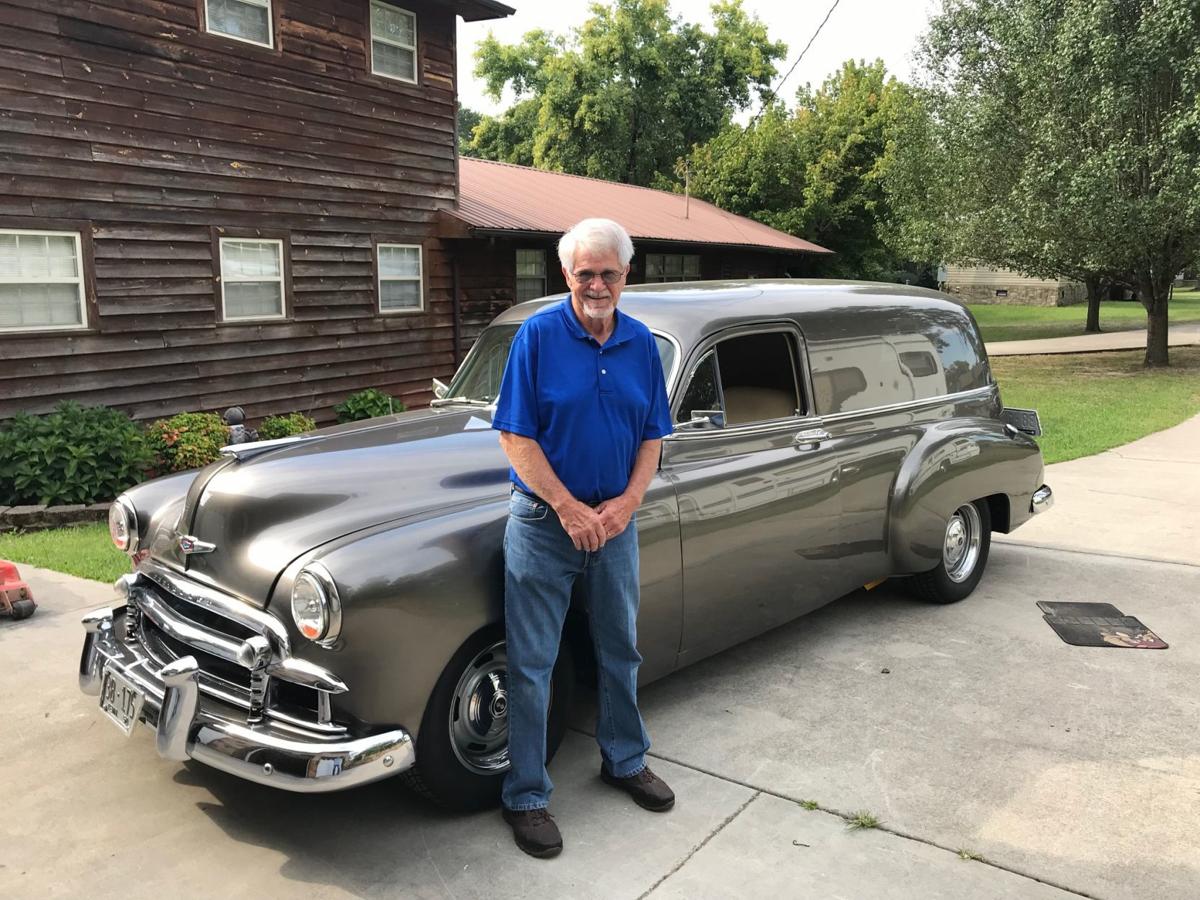 Charlie Roberts is glad to be the current owner of this 1950 Chevrolet sedan delivery that he bought from a Knoxville owner in rough red condition then. 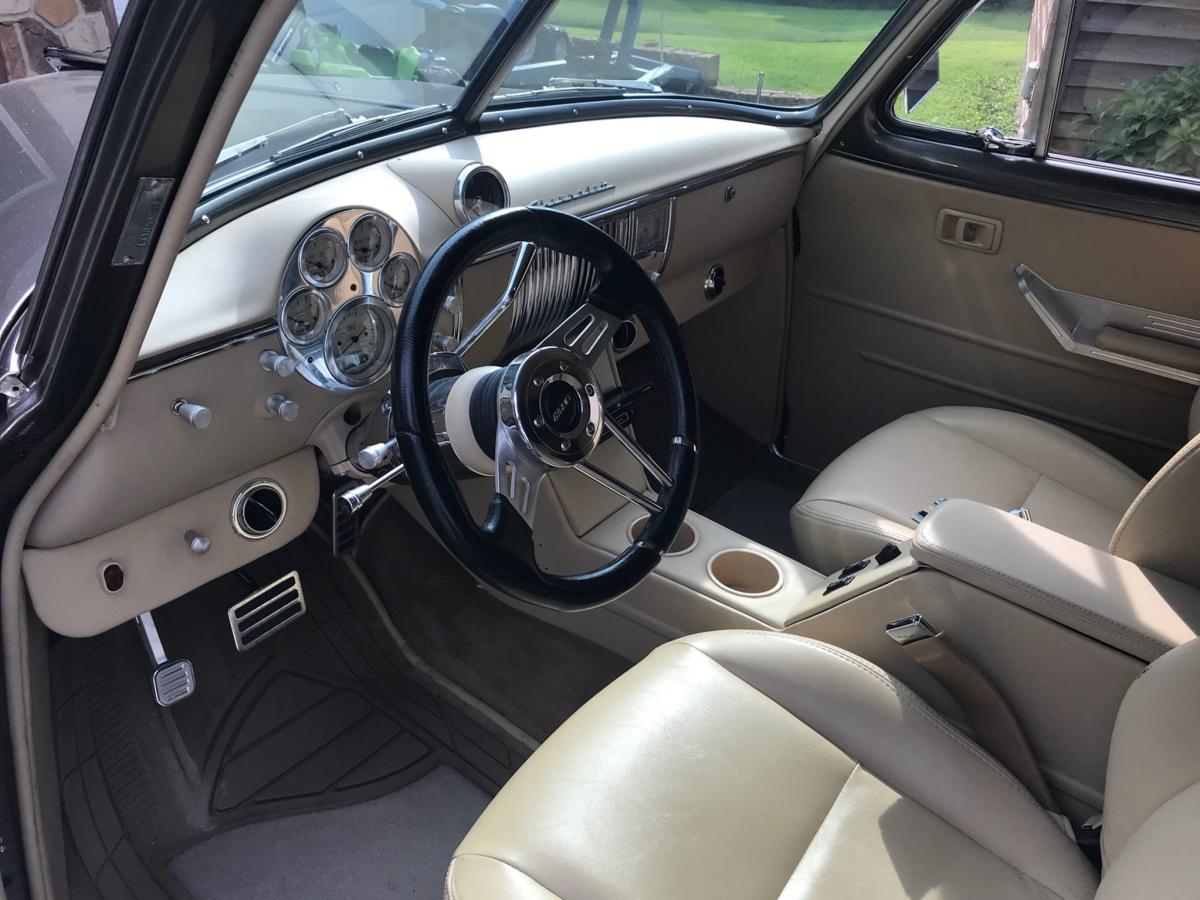 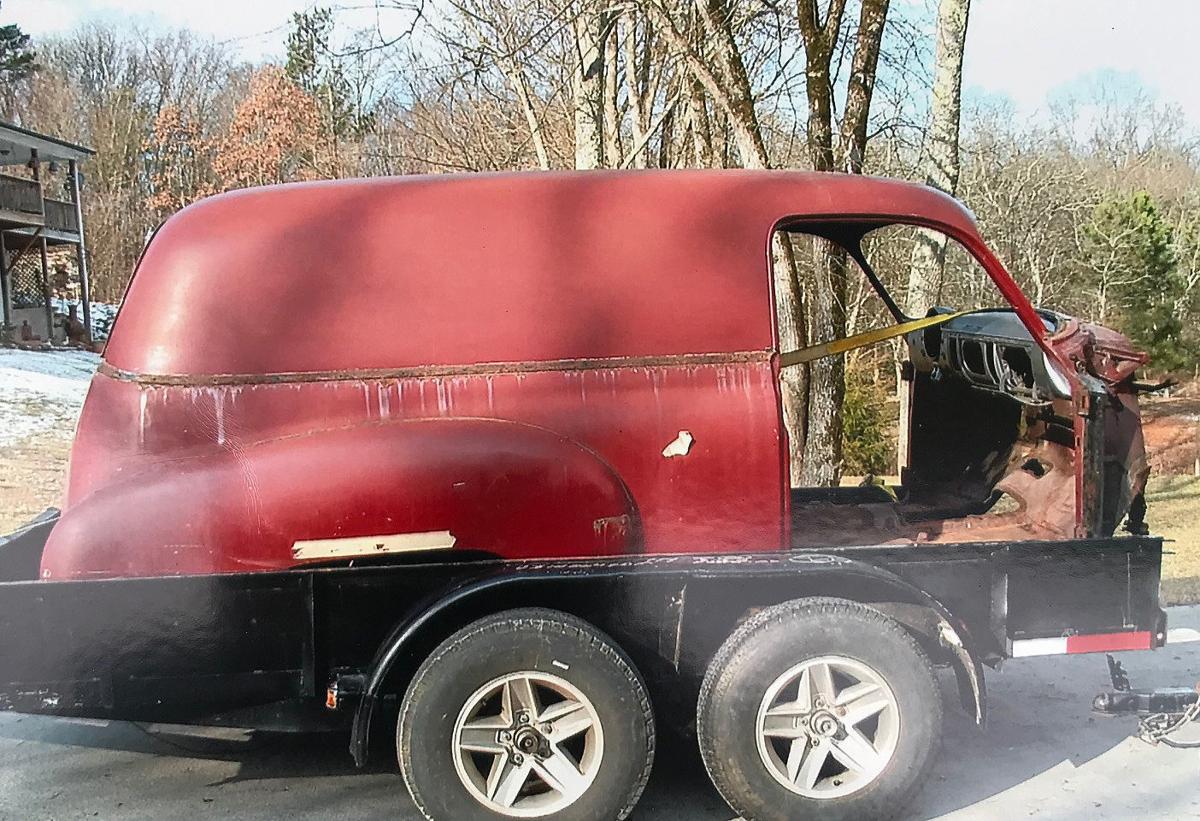 This is what the 1950 Chevy sedan delivery looked like when he brought it home on his trailer more than 10 years ago. It has undergone an immense change over the years. 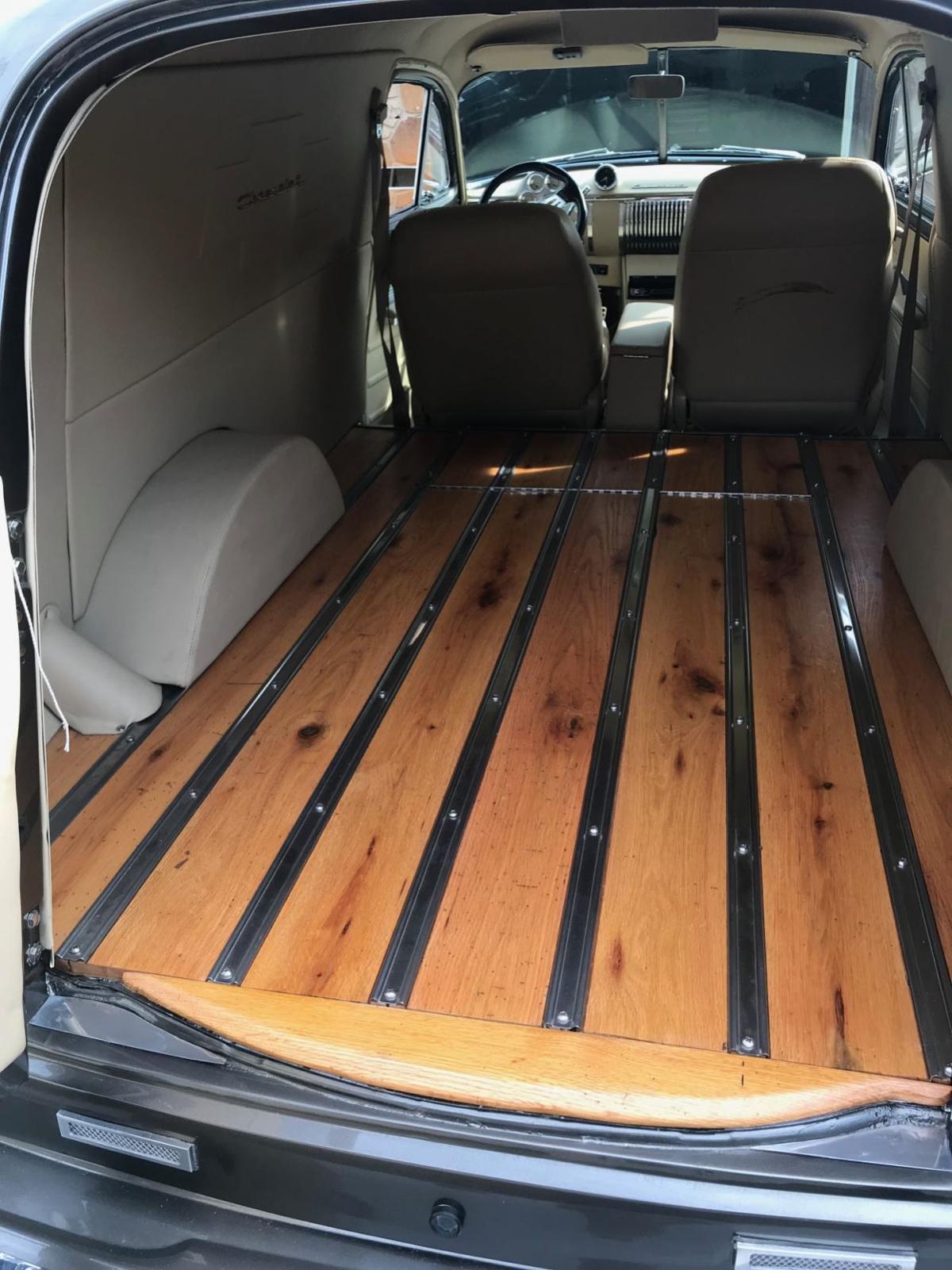 Chestnut planks varnished and glistening set off the inside rear of the 1950 Chevy sedan delivery. A more modern touch is the back up camera and heated seats.

Charlie Roberts is glad to be the current owner of this 1950 Chevrolet sedan delivery that he bought from a Knoxville owner in rough red condition then.

This is what the 1950 Chevy sedan delivery looked like when he brought it home on his trailer more than 10 years ago. It has undergone an immense change over the years.

Chestnut planks varnished and glistening set off the inside rear of the 1950 Chevy sedan delivery. A more modern touch is the back up camera and heated seats.

Just when all eyes have been watching Hurricane Dorian shuffle slowly up the east coast flooding cities and states, in our mountain hometown the weather remains hot and dry. Any breeze dislodges the dry brown leaves in cascades.

A couple of weeks ago I visited with Charlie Roberts of White Pine to see some of his unusual vintage cars. Those included his 1957 Chevy Nomad and a 1950 Oldsmobile 88, which we will talk more about now.

Before we talk more about Charlie and his cars, let me tell you his background. He is an Asheville, North Carolina native, west Asheville. He met and married Judy of Waynesville and they have lived in Tennessee since 1977.

He has always been a hands on guy and loved cars since a young teenager. He worked at various jobs and served in the Army before getting his career job: It was as a pipe welder with TVA at Watts Bar during construction of the nuclear power plant.

One of Charlie’s early jobs found him at the Asheville train switchyard. “I hated it,” and so he went on to something else. The Army and his duty in the military police held his attention from about 1959 for a few years. Those years placed him at Ft. Raleigh, Kansas, Ft. Gordon, and Ft. Jackson, South Carolina.

Because of the Cuban Missile Crisis in 1962, he returned to the Army for a year. During all those years he tinkered with cars. He owned a 1949 Pontiac convertible, his first car, that ran for a while until the engine blew up just outside Ft. Gordon, southwest of Augusta, and he abandoned it.

Then he found a 1948 Chevy coupe with no motor. No problem. He bought a 235 cubic inch six cylinder overhead valve engine, and the car managed several 1,200 miles drives between Kansas and Asheville.

He likes the Olds brand and that explains his ownership of a 1953 Olds, dark blue, he located at Black Mountain, N. C. It was powerful and fast enough to drag race at H & H Drag strip. But it doesn’t compare to the tangerine red 1950 Olds four door that is on my list to drive.

The car was red when he bought it. Charlie said, “I’ve gone completely through it.” The 303 cubic inch Rocket engine had only 57,000 miles and the car had no rust, no dents, “about perfect.” It still has the hydromatic transmission.

He took the car to a paint shop in Knoxville to strip off the original paint and then have it repainted and clear coated. Some body work got taken care of and he paid the $2,900 bill.

He smiled when he told of the paint and body man calling and said they had made a mistake and were sorry for painting it red. He was expecting it to be an original green. Nonetheless it was beautiful and the shop did all the door jams, under the hood and trunk to please him.

It looks like he will hold on to this one for a while. That is not the case for his black 1987 Camaro. Although it is a rare one, only 246 built, because it is a convertible, it is up for sale. Charlie spent two days in Pigeon Forge at the car show with the convertible priced at $22,500.

Last Thursday we met to see another stunning vehicle he owns: a 1950 sedan delivery that he bought in Knoxville over 10 years ago. It was red then. We pushed it out of a garage where a friend had completed upholstery and other details.

The rare jewel is painted Galaxy gray with a 383-cubic-inch stroker V-8 engine rated at 500 horsepower. The interior turns your head with its cashmere leather bucket seats. The rear floor is done in glowing varnished wormy chestnut boards.

I suspect this is not the last vehicle he will cradle in his arms. October 10, Charlie turns 79. He was only 10 when the Chevy panel rolled out of Detroit.

Yet he feels blessed to be alive, because four years ago he suffered four strokes. One blinded him for a short time. Another left his left side paralyzed. He thanks God for his complete recovery. And as active as he is, I would have never believed he overcame such medical problems.

He points to the support of his church, at Swannsylvania, pastored by Rev. Mike Hensley. Hensley has been there 32 years, and Charlie hopes to be there a few more years too, perhaps arriving on a future Sunday in another antique car with another story for me to tell.