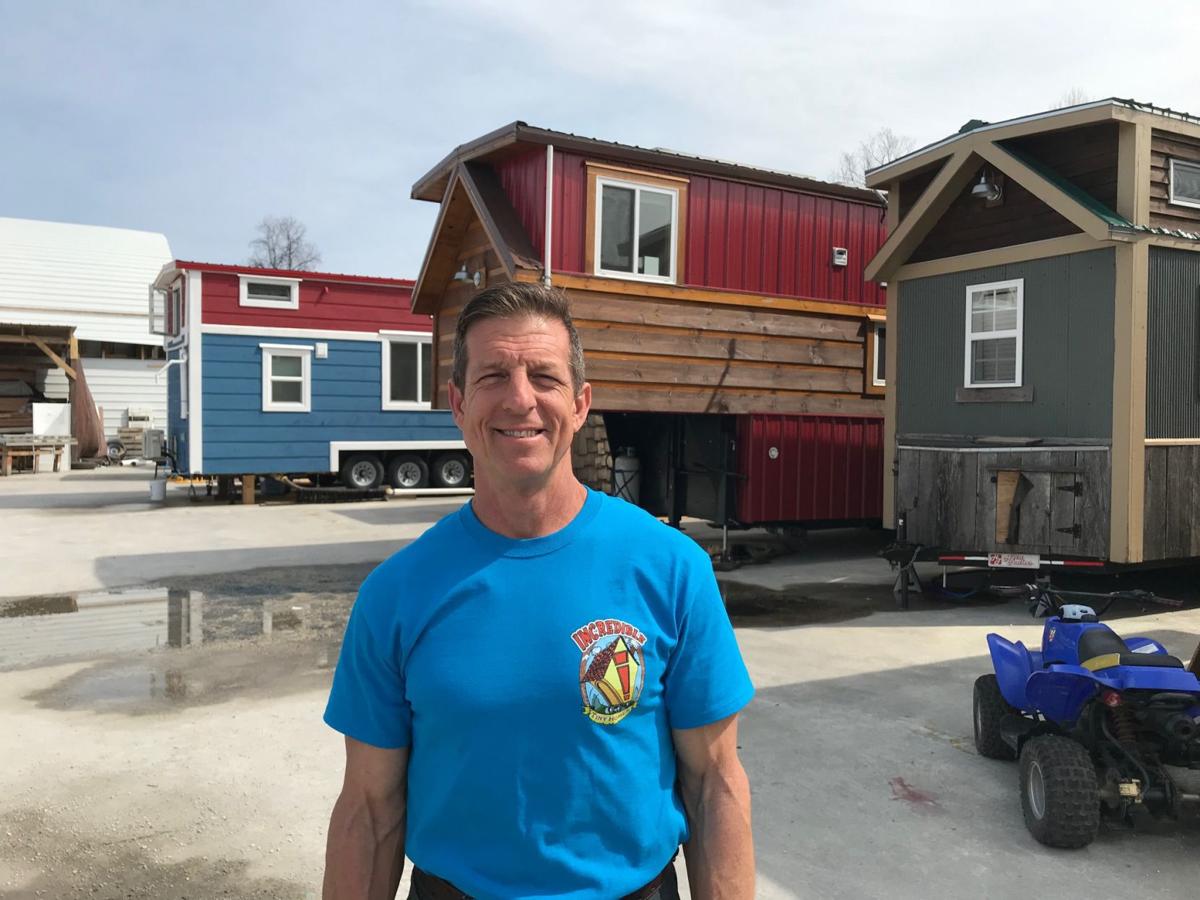 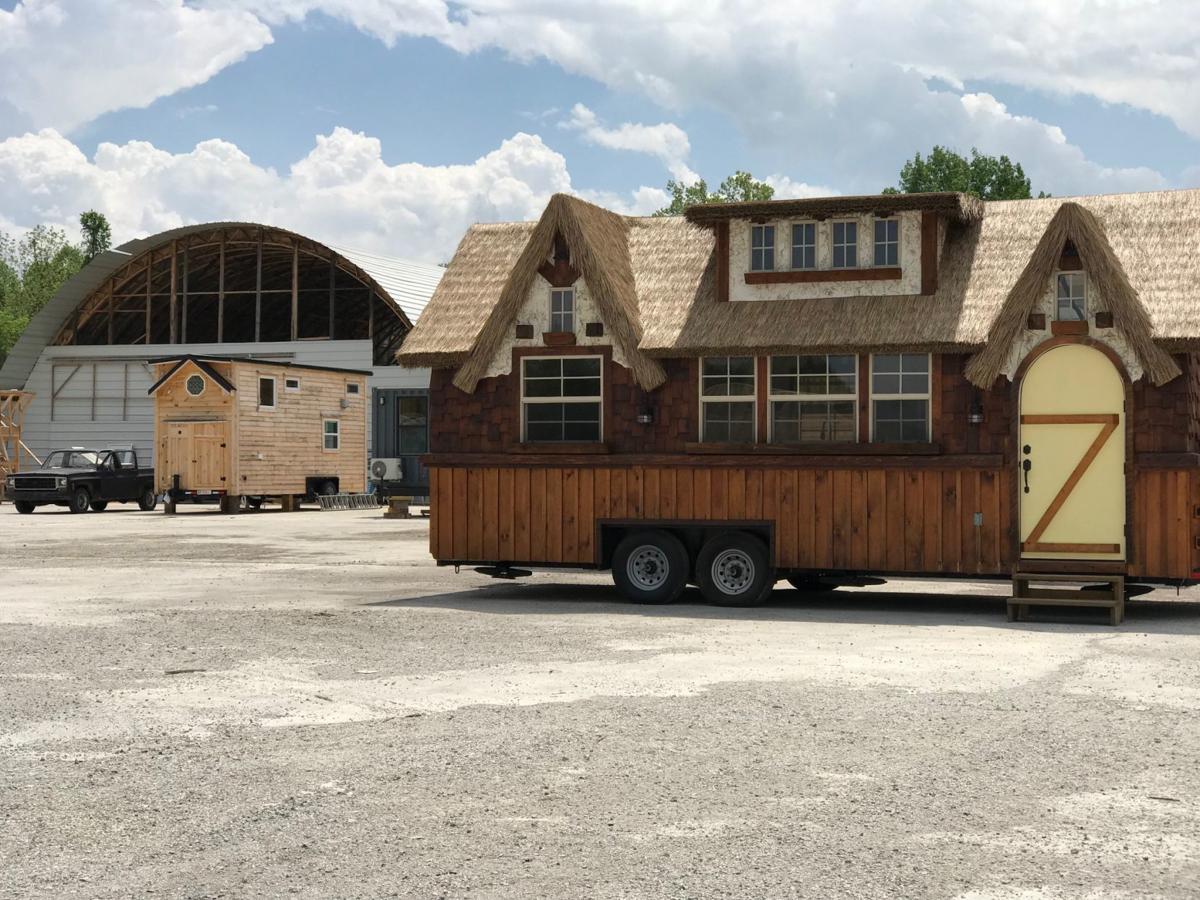 This whimsical cottage sits on the property of Incredible Tiny Homes in the Newport Industrial Park. You can see the semi-circle metal roof at left of the manufacturing plant. The business specializes in creating custom/personalized homes on wheels. 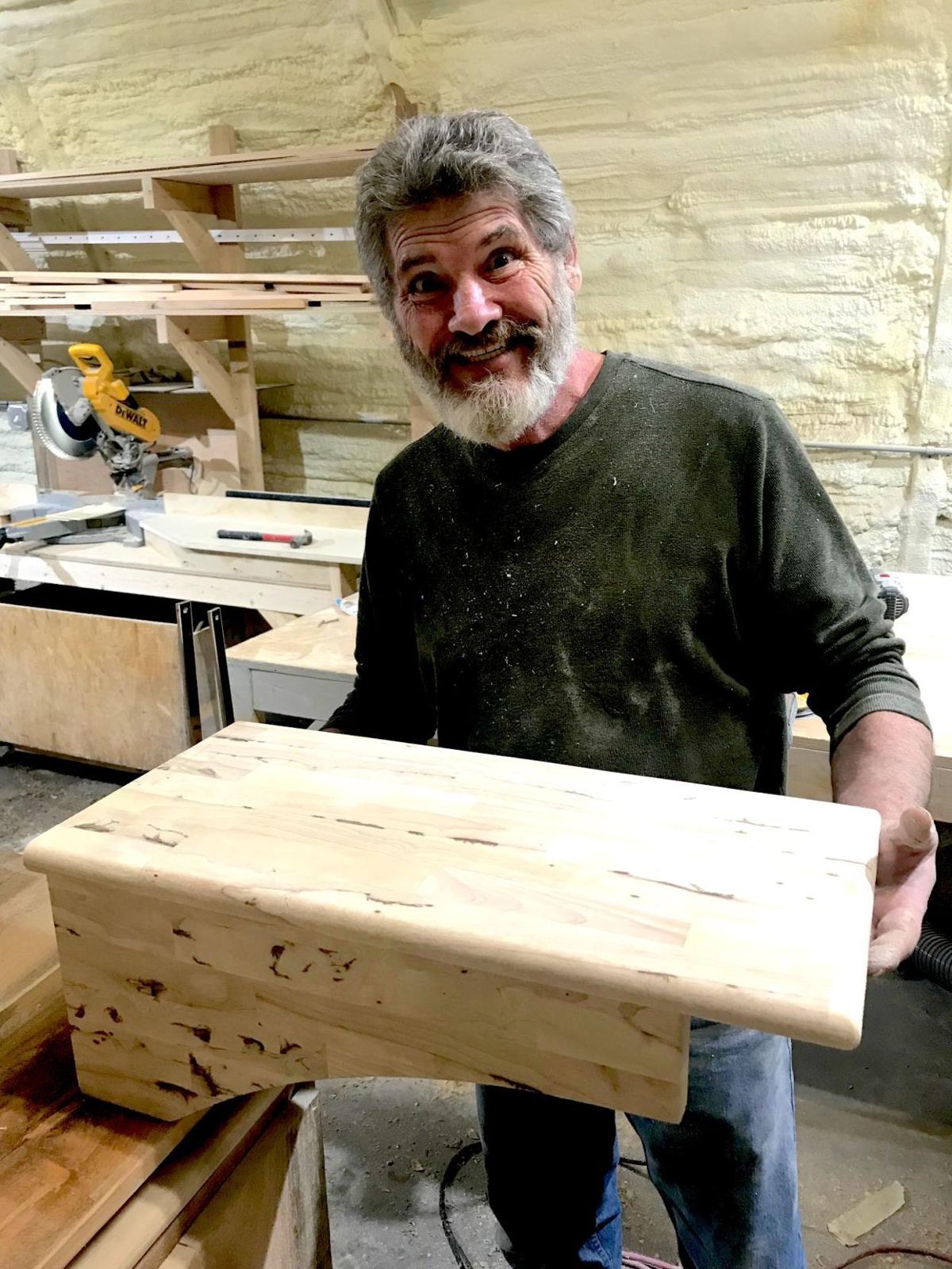 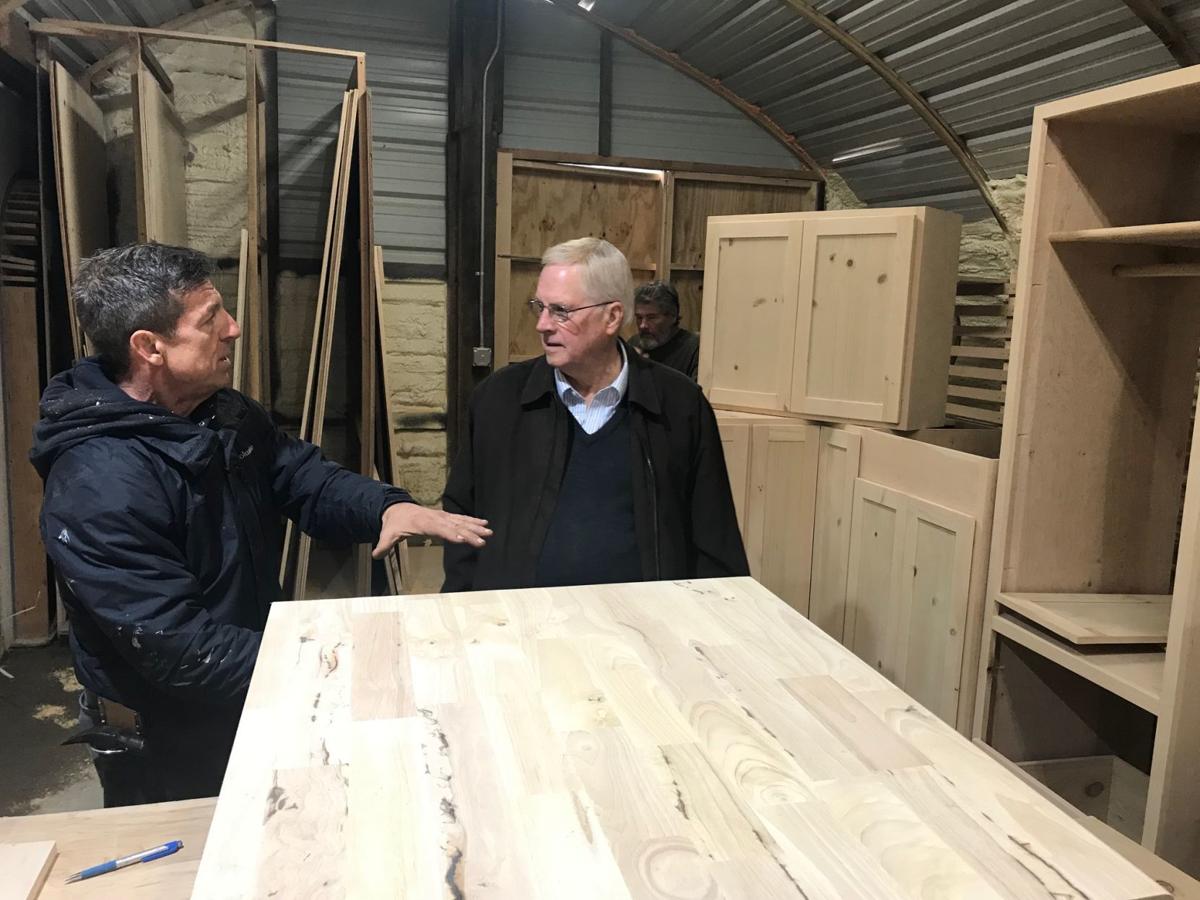 This whimsical cottage sits on the property of Incredible Tiny Homes in the Newport Industrial Park. You can see the semi-circle metal roof at left of the manufacturing plant. The business specializes in creating custom/personalized homes on wheels.

Thunderstorms shook the pink and purple petals off the azaleas and newly blooming rhododendrons about our hometown that just passed through a mini-heat wave in early May.

Sunshine and 80 degrees last Thursday afternoon seemed the perfect weather for Dorothy Jones to loll away time in front of her tiny home. We talked about her early years as I waited to again meet with her younger son, Randy Jones.

You have read or seen Facebook and video presentations about his creation of the Incredible Tiny Homes business. I first encountered it late last year during cold days traveling around Hamblen County. My wandering brought me to the old American Enka site.

Businesses are leasing space in what used to be the bowels of one of the largest manufacturers in Tennessee. Thousands of Cocke Countians worked at the nylon/rayon producer.

One of the hanger style buildings, rather drafty with no totally intact roof or walls, is where at least a dozen tiny homes were carefully being crafted by Jones’ team. He was busy that day so I did a quick walk through.

The news had already been in the Plain Talk that the economic development commission made a wise decision to sell the former Ace Products plant site to Jones. He said that the welcome by local people and officials has been humbling and much appreciated.

Randy is a no-tie guy wearing T-shirts, shorts and sporting a Florida tan and big smile. You only have to chat with him a few minutes to know he has an insane love of what he is doing and he easily wins converts to the idea and need of tiny homes.

Back to Dorothy sitting in her chair: She has been in Tennessee for about a year. I missed her age by a mile when I guessed about 80. Hope she is not mad, when Randy revealed she is in her early 90s.

It has not been long since she lost the love of her life, Callie Jones, to whom she had been married 73 years. Randy is 59 and brother, Sam, is six years older. Sam lives near Clearwater, Florida.

I think the elder Joneses were living in Florida, when Callie died near his mid-90s. A coalminer in his youth, he left his home near Harlan, Kentucky. Dorothy is a simple Kentucky hill girl herself. They headed north as many adults did in the 1950s and first stop was Cleveland.

From there they eventually made it to Detroit, or at least within 25 miles. Their boys were born in Michigan where Randy finished his college education. I will pickup on this as I relate what he told me during an hour-long talk seated in front of an early tiny home model last Thursday noon hour.

I must repeat that Dorothy said she had “a wonderful life.” In her retirement years she and Callie spent 13 years on the road camping and viewing America’s byways. She is no stranger to life in a tiny home on wheels.

While Randy and I talked, his friend Amanda Hayes drove up and said hi. She drives a tiny black car that fits nicely at the tiny homestead. She is from Hamblen County but with a family name of Hayes could easily come from the Bybee-Point Pleasant area of Cocke County.

The area home to the Jones family was south of Detroit close to Flat Rock and cornfields, a transition zone to the auto world. There were so many people from Appalachia there that Randy likened the small community of Taylor to the coalfields of Kentucky.

“Mom was born in Logan, Kentucky, and Dad came from Garrett.” So after getting married they left Logan for the Great Lakes. Randy was born in 1960 and decided an education might serve him well. He graduated from Eastern Michigan University.

It must have been in the 1980s that he landed in Knoxville as an industrial arts teacher. He taught at Lafollette Middle and Vine Middle schools, and Carter High School.

“I was always told I was not college material.” But he proved many people wrong by passing the National Teachers Examination. He later also easily got his builders license.

“I loved teaching. I loved the kids,” he said, but after a few years coming to the same parking lots and teaching the same thing he knew it was time to leave. He wanted an outlet for his newly forming ideas and creativity.

He got into construction, doing remodeling and small jobs at first. He worked in the Sevierville and Knoxville areas. “I was never taught carpentry.” So he read books and tried his hand at it building his first home, of 3,000 square-foot, for $30,000 about 1990.

It was a college education in building trades that is paying off today in Newport. He was not above using reclaimed building materials and borrowed tools. “I wasn’t born with a silver spoon or special talents.” He rather believes his strengths include determination. I think he is rather a visionary too.

He sold the home in 1995 for $170,000 and used this to seed for his next ambitious move: being a housing developer in Sevier County with the help of an investor friend. You will be surprised what happened when you pick up my column next week to follow along with the creator of Incredible Tiny Homes.