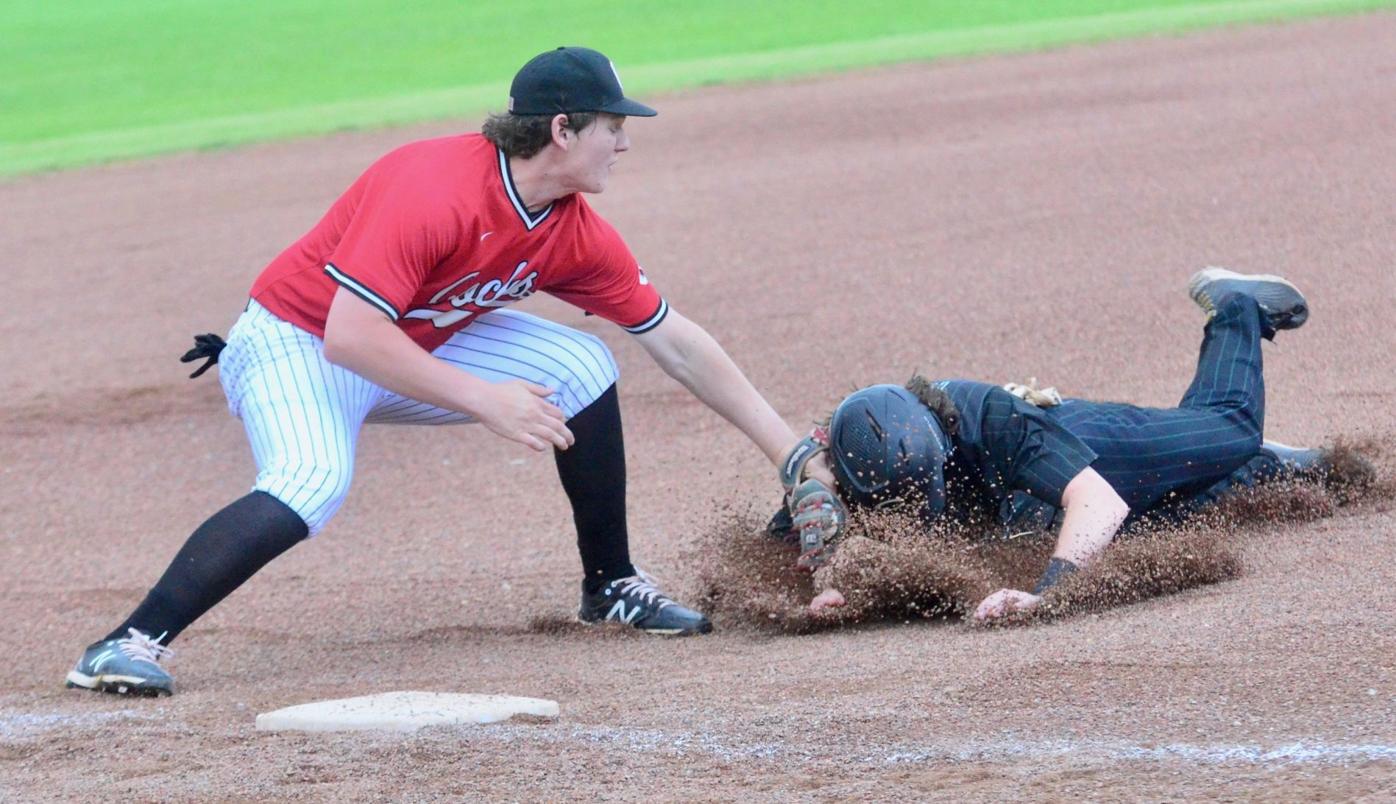 Cocke County’s Zac Cortez tags Carter’s lead runner for an out at third base on Monday. 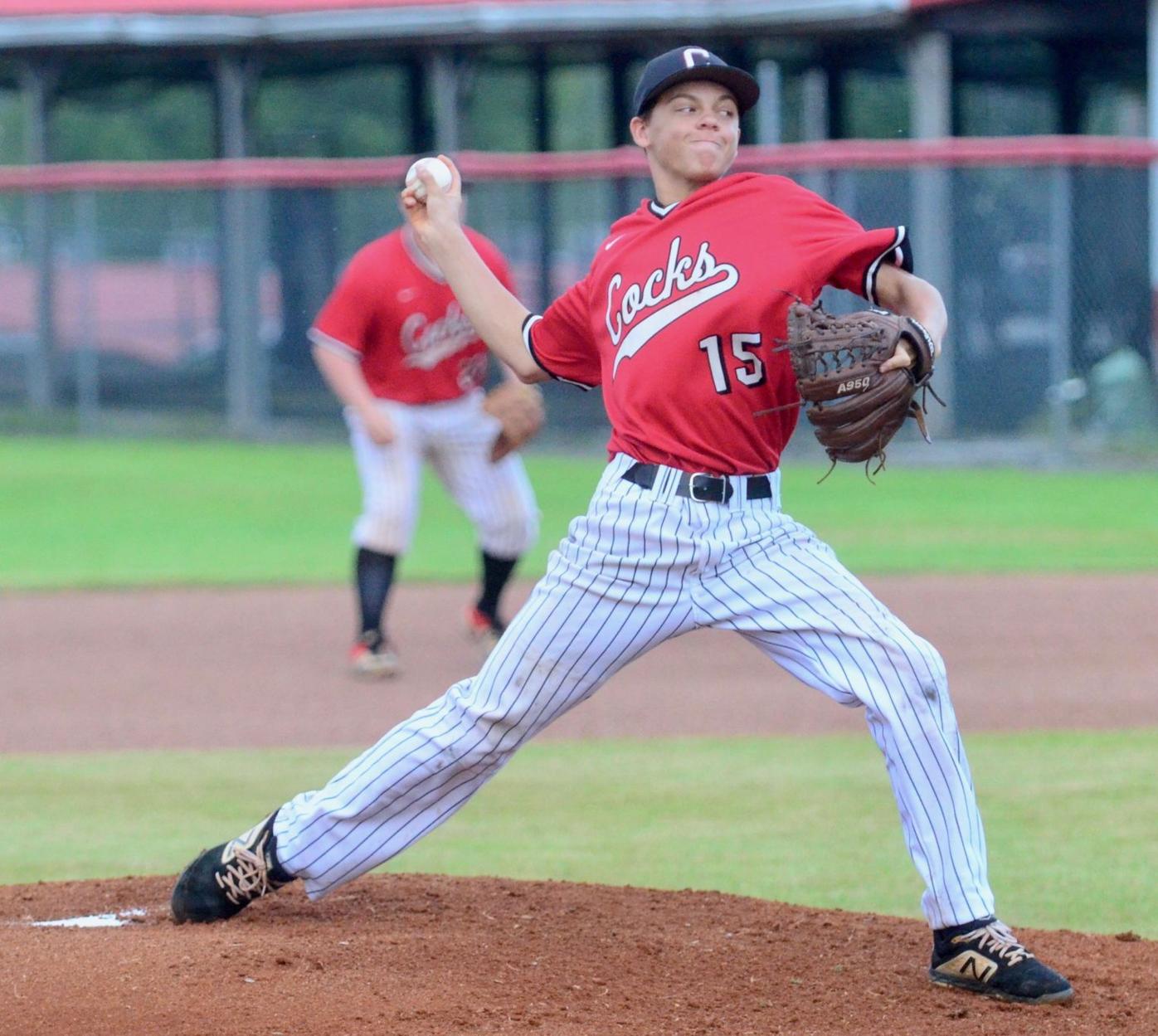 Cocke County freshman Dylan Webb sends a pitch to the plate on Monday against Carter. 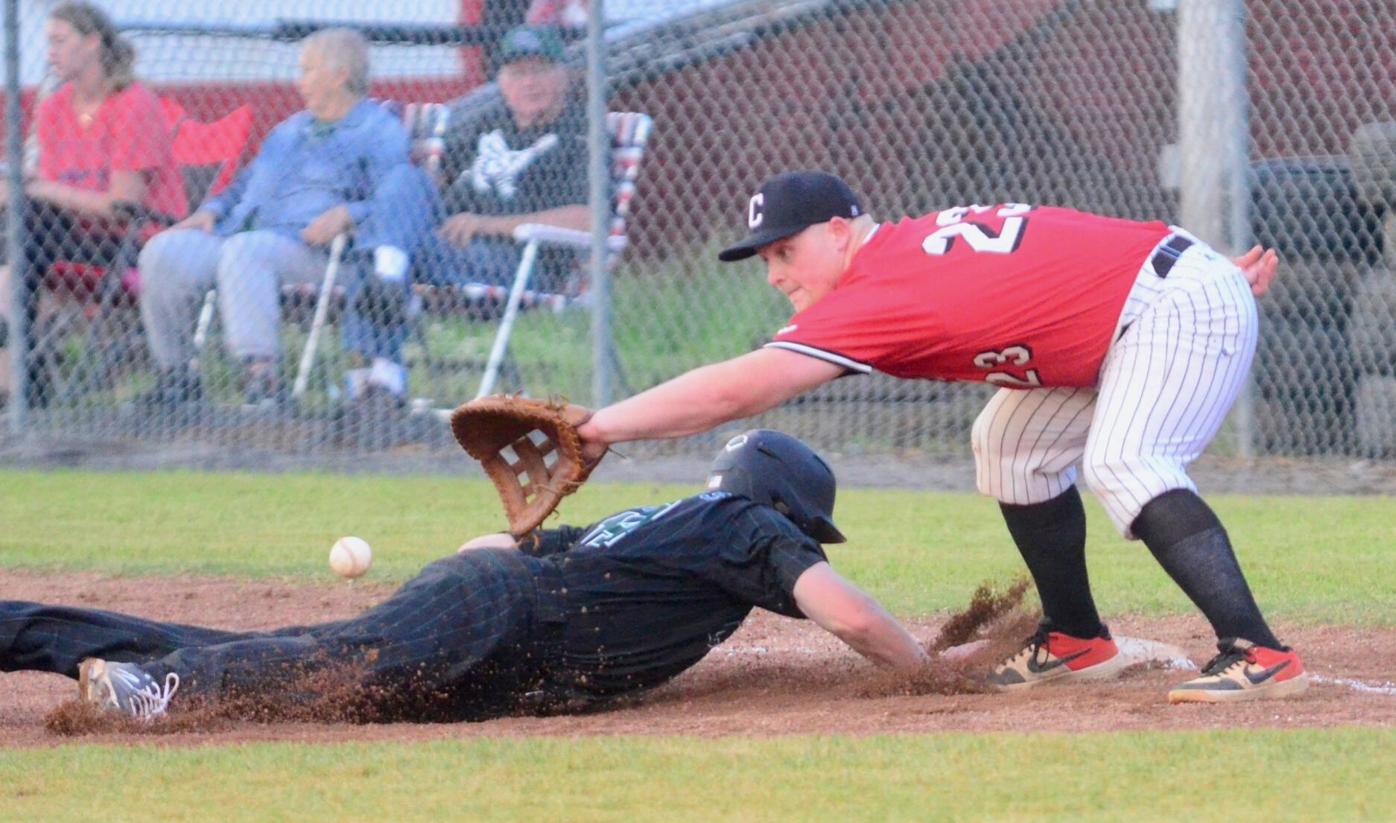 CCHS senior Jacob King looks to field a ball at first base on a pick-off attempt on Monday against Carter. 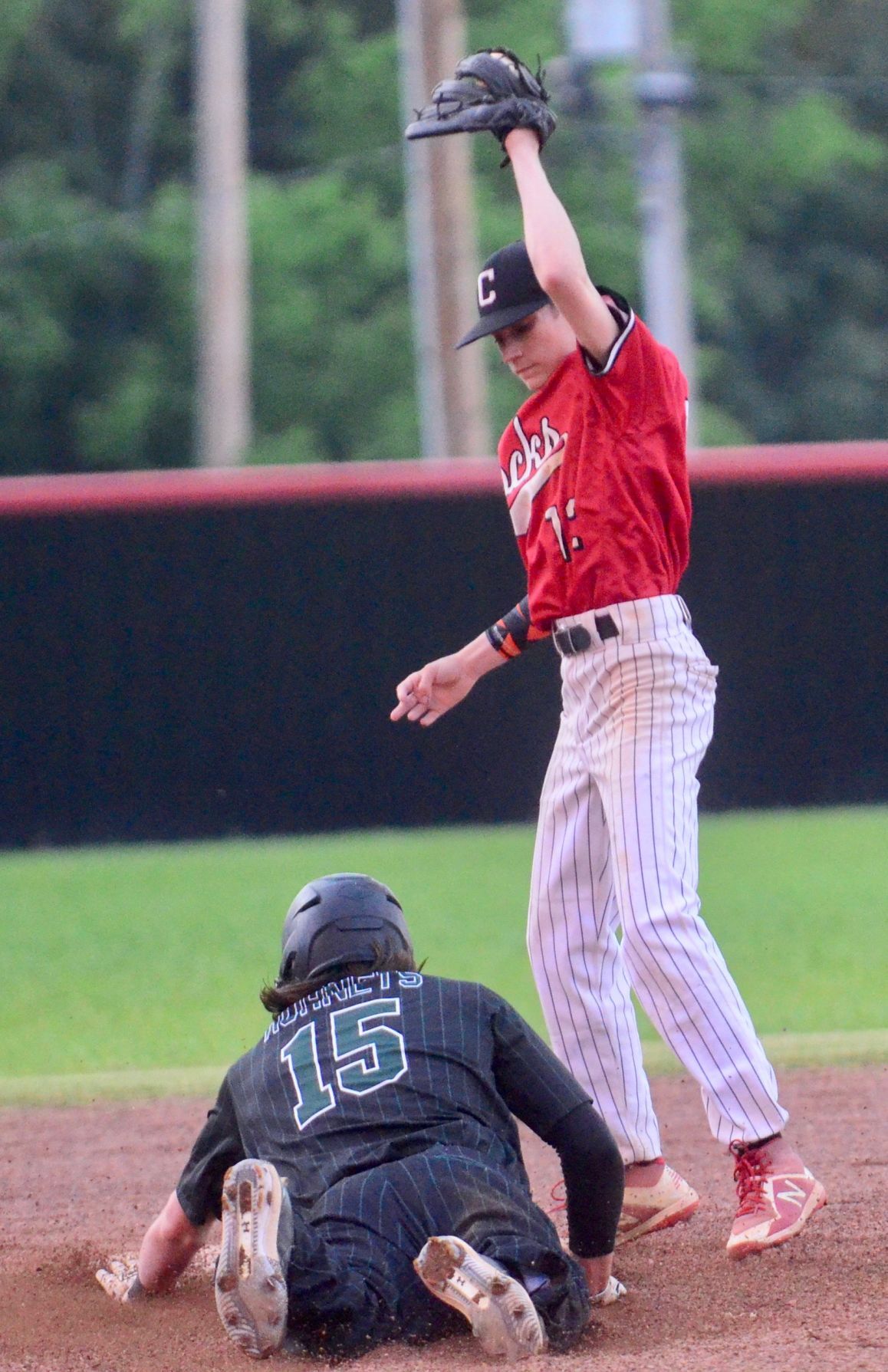 CCHS sophomore Dylan Jackson brings in a ball for a pick-off attempt on a stealing base runner at second base.

Cocke County’s Zac Cortez tags Carter’s lead runner for an out at third base on Monday.

Cocke County freshman Dylan Webb sends a pitch to the plate on Monday against Carter.

CCHS senior Jacob King looks to field a ball at first base on a pick-off attempt on Monday against Carter.

CCHS sophomore Dylan Jackson brings in a ball for a pick-off attempt on a stealing base runner at second base.

NEWPORT—The Cocke County Fighting Cocks were rolling at the start of the year.

The program was off to a 5-0 start and sat at 7-2 overall with April about to begin. However, the last month has been a struggle for the Big Red. That struggle continued in an 8-0 loss to Carter on Monday.

“Our guys are fighting really hard right now,” Chrisman said. “We had chances in this one. We were down just 2-0 in the fourth, and had a guy on second. With a hit we cut the margin in half. But, we punch out and they go on to close it out.

“A lot of times, I think the last place progress shows up for our team is on the scoreboard. I feel like we’ve made some progress, especially offensively after seeing a pitcher like Carter has.”

Colby Reynolds, a Walters State Community College signee, picked up the win on the mound. He had a perfect game going through the first three innings before issuing a walk, and let go of a no-hitter in the sixth after an infield single from senior Josh Ellis.

Ellis had the lone hit of the game for Cocke County, as Reynolds pounded the strike zone and sat the Fighting Cocks down in order in all but two innings.

“I think it’s good for our hitters,” Chrisman said. “You see something so fast, all the sudden the pitching you’re used to seeing looks a little slower and more hittable. Just the mental side is a benefit. I think it’ll pay off for us going into the tournament.”

Despite losses filling up the last week, the Fighting Cocks have shown progress. Particularly on the defensive end.

After a tough showing against arch-district rival Jefferson County, filled with errors and miscues, the defense has gotten back to making routine plays and limiting mistakes.

“I think we’re going in the right direction,” Chrisman said. “We’ve still got to take it one inning, even one pitch at a time. Defensively, and from a pitching standpoint I thought we won a lot of pitches. We put ourselves in position to win some of these innings, but when you face an arm like that it’s a tough challenge.

“Our defense is giving us a chance. The main thing is you have to throw strikes and make the routine plays. If you do those two things, you give yourself a good chance.”

With the postseason looming in the near future, the team’s effort in the last week has optimism spread throughout the program heading into Thursday’s District 2-AAA Tournament.

While Cocke County’s defense has been a bright spot in its progression over the last week, offense has been sporadic during that same time.

The Fighting Cocks have averaged 2.7 runs per game the last week, and will hope to increase plate production before Thursday’s district tourney opener.

“Hopefully when we get to South-Doyle on Thursday we’ll be putting the ball in play more,” Chrisman said. “Taking a step forward and cutting down on our strikeouts would go a long way for us. We know we’ve got our work cut out for us. We don’t have to play a perfect game but we have to play a good game in order to get a win over the next few days.”