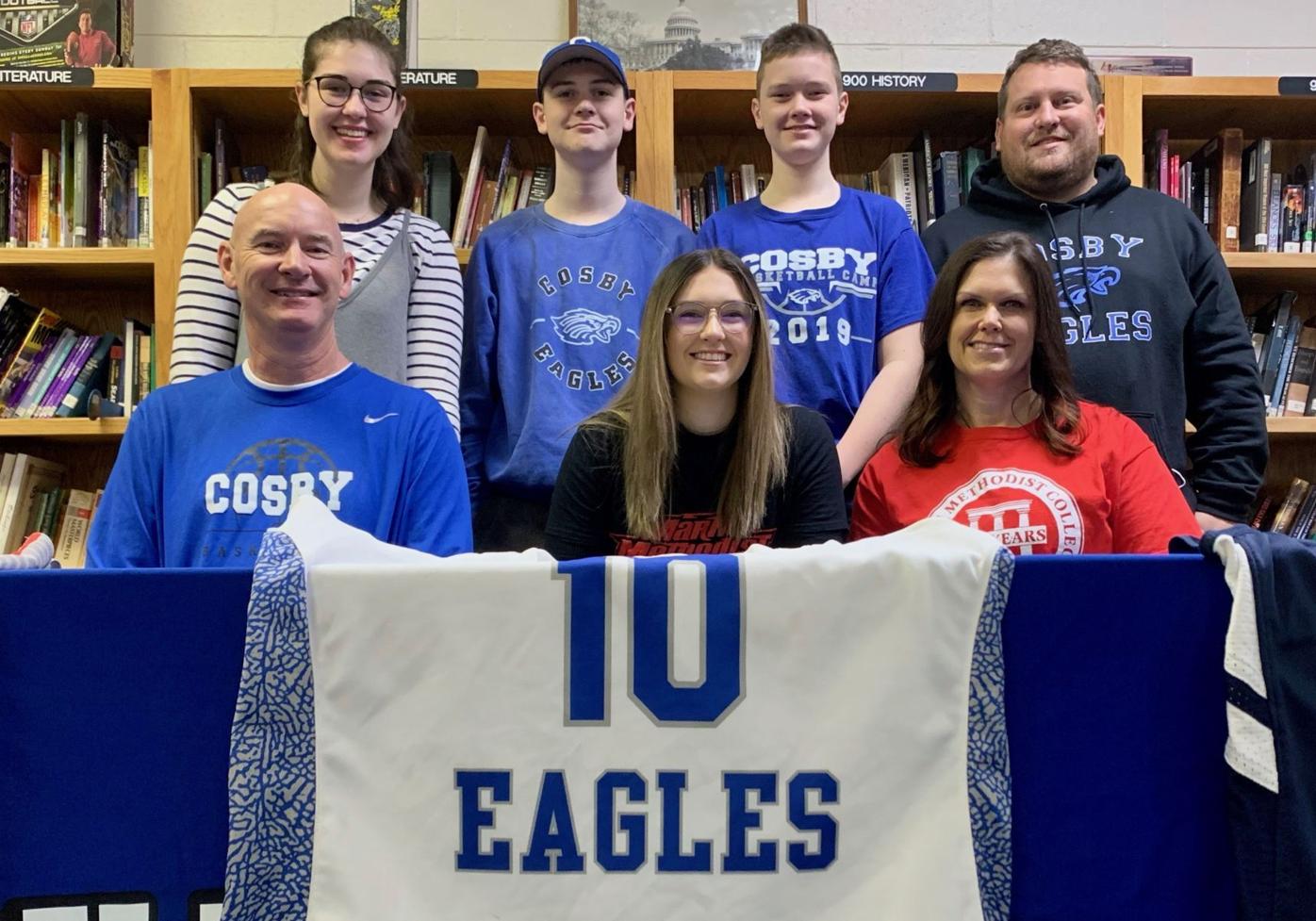 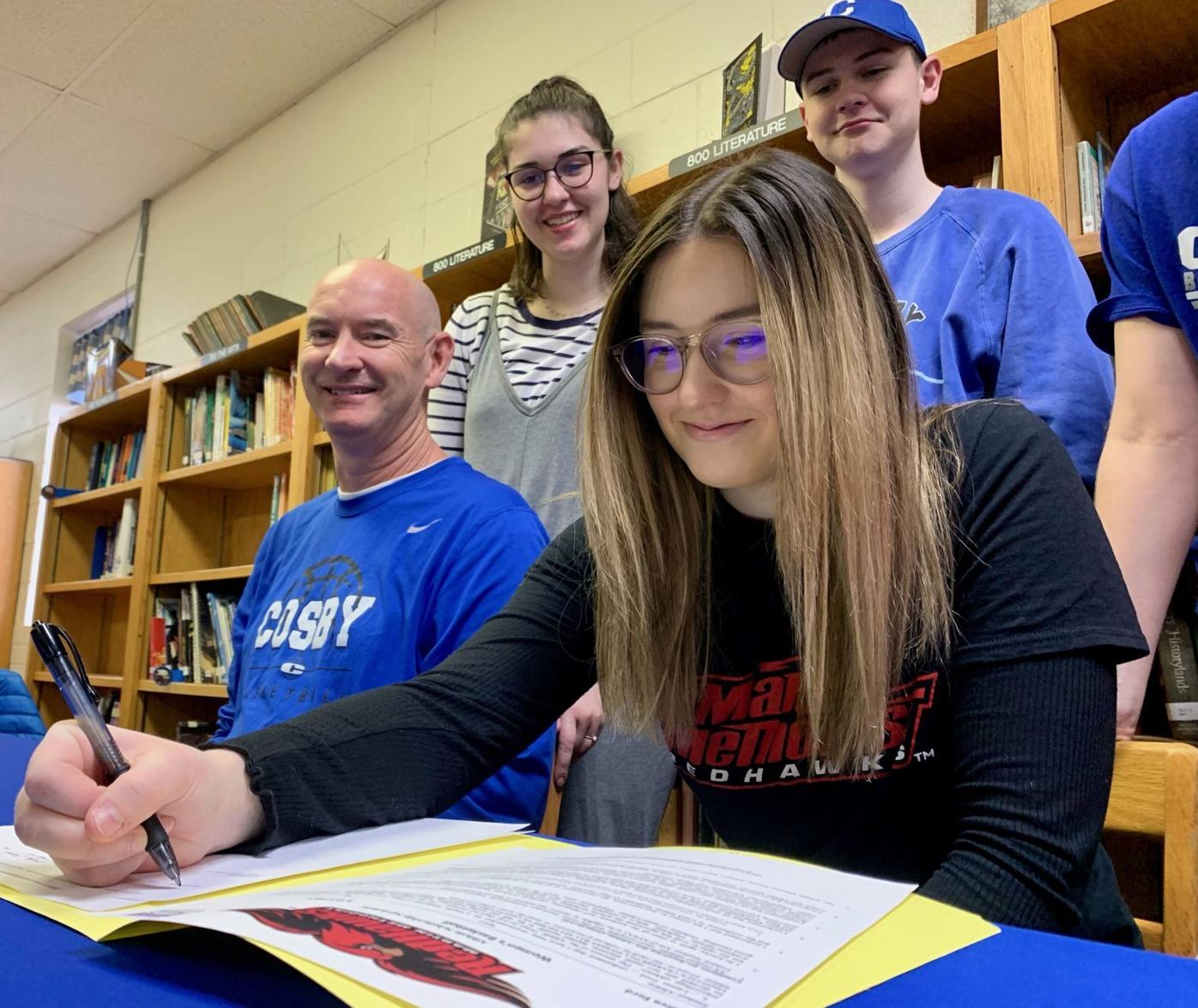 Lauren Ford signs her letter of intent to enroll at UT Southern, formerly known as Martin Methodist College, and compete for its women’s basketball program.

Lauren Ford signs her letter of intent to enroll at UT Southern, formerly known as Martin Methodist College, and compete for its women’s basketball program.

COSBY—To say a program is ‘getting a good one’ when it comes to Cosby’s Lauren Ford is a drastic understatement.

A multi-sport star in her four years at Cosby High School, Ford forged her own path to the next level to compete in collegiate athletics. Beginning next year, University of Tennessee Southern will come to know the winning pedigree she brings to a program.

“It means a lot to me, personally, to see Lauren sign to continue her career at the next level,” Cosby coach Cody Lowe said. “Lauren is one that’s worked for everything she’s got. She’s the first one of this class that I inherited as a freshmen to sign, which makes it all the more special. Seeing the hard work pay off is great.”

The institution bears a new name ahead of the next academic calendar for 2021-22.

Formerly known as Martin Methodist College, the private institution in Pulaski, Tenn. goes public this year after being acquired by the University of Tennessee. The school is now branded as the UT Southern Fire Hawks.

Ford enters a women’s basketball program that is coming off a 7-13 season with an exit in the second round of the Mid-South Conference Tournament in 2021. She expects to go in and make an immediate difference given all she’s achieved at the high school level, though.

“It’s really exciting. It’s what I’ve dreamed of since I was a little girl,” Ford said. “The environment and coaching staff really stuck out to me and made my decision easier. It felt like a home to me. I’m ready to get there, start all over and get to work.”

Ford came into Cosby’s girls’ basketball program amongst a star-studded lineup of freshmen in 2017. That group went on to lead the Lady Eagles to one of the program’s most successful runs in over a decade.

“When I took over the program we had 11 girls, and seven of them were freshmen,” Lowe said. “That was concerning, at first. I started three of them and we still won 20 games. They continued to show up and work hard, and that’s when I knew this group could be special.”

They went on to win four consecutive district titles, boast an unbeaten run in league play (55-0) through all four years, and secure the program’s first region title in 15 years during their sophomore season in 2018-19.

Now, of that stacked freshmen class Lowe inherited in his first year leading the program, three of them will be playing collegiate athletics beginning next year, two of which will be on the hardwood.

“Of our six seniors, at least half are going to go play at the collegiate level in some sport,” Lowe said. “It shows you what kind of athletes they are. It’s great to see this group get rewarded. They’ve broken a lot of barriers and set a high standard for the program’s future.””

Although she wasn’t an immediate starter, Ford worked her way onto the floor throughout her freshman season. By her sophomore year she’d earned a spot in the starting lineup, and even buried the game-deciding 3-pointer in 2019’s region championship game against North Greene to lift Cosby to an historic victory.

“(UT Southern) is getting one of the hardest workers you’ll find,” Lowe said. “She takes the game very serious. Is a constant student of the game, loves the game and is a great teammate.”

Finding a home after high school wasn’t the easiest, even for a multi-sport athlete that can play several positions on the floor.

Most all high school athletes have endured difficult times in recruiting over the past year during the COVID-19 pandemic. Ford’s experience was no different.

Fortunately, her never give up attitude came into play and eventually landed her the opportunity she yearned for at the next level.

“It was difficult just trying to get schools to notice me, but I think promoting myself through Twitter was a major resource in getting me noticed. It made the process easier.”

"It's what I've dreamed of since I was a little girl ... I'm ready to get there, start all over and get to work."