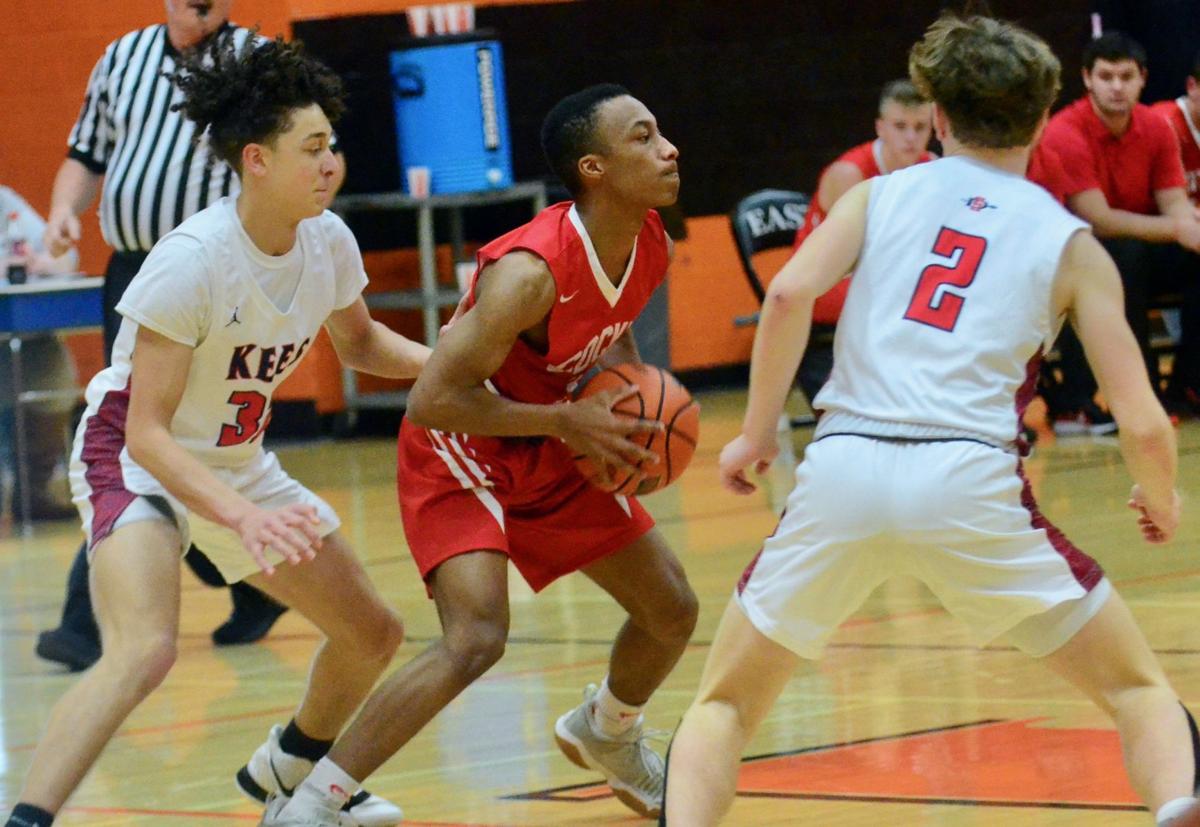 CCHS senior A.J. Mills (center) looks to pass out of a half-court trap in Tuesday’s District 2-AAA quarterfinal against South-Doyle. 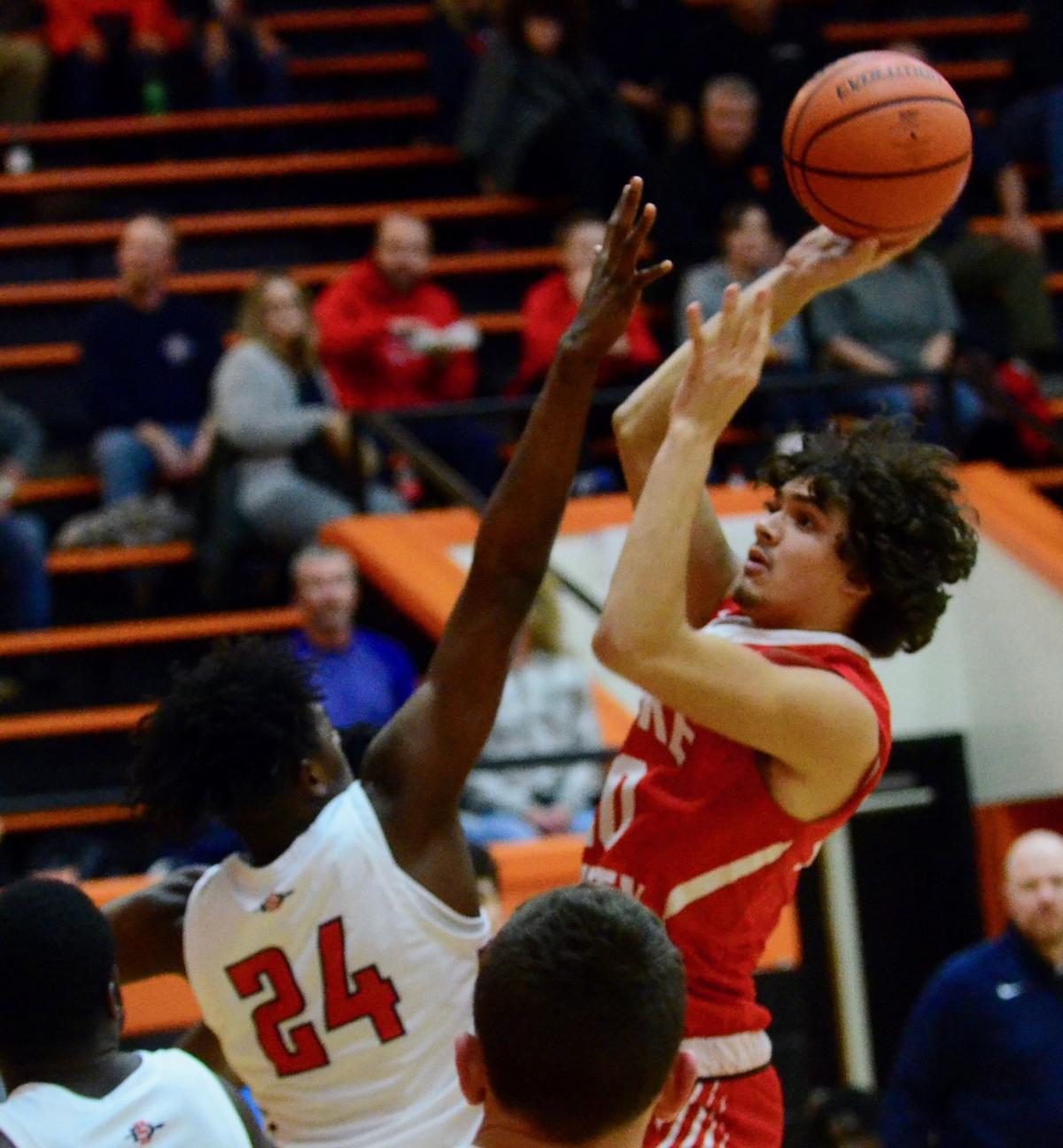 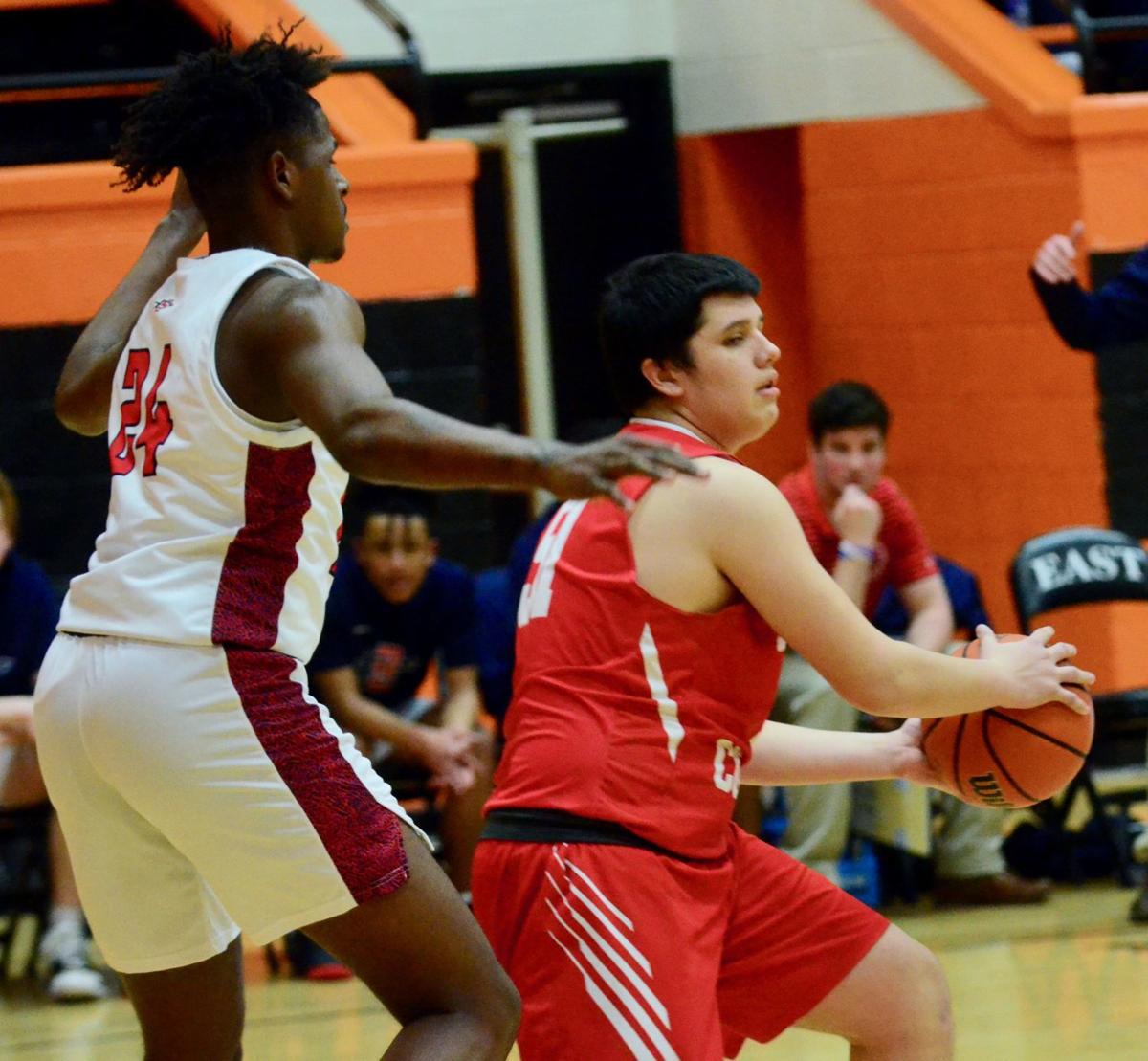 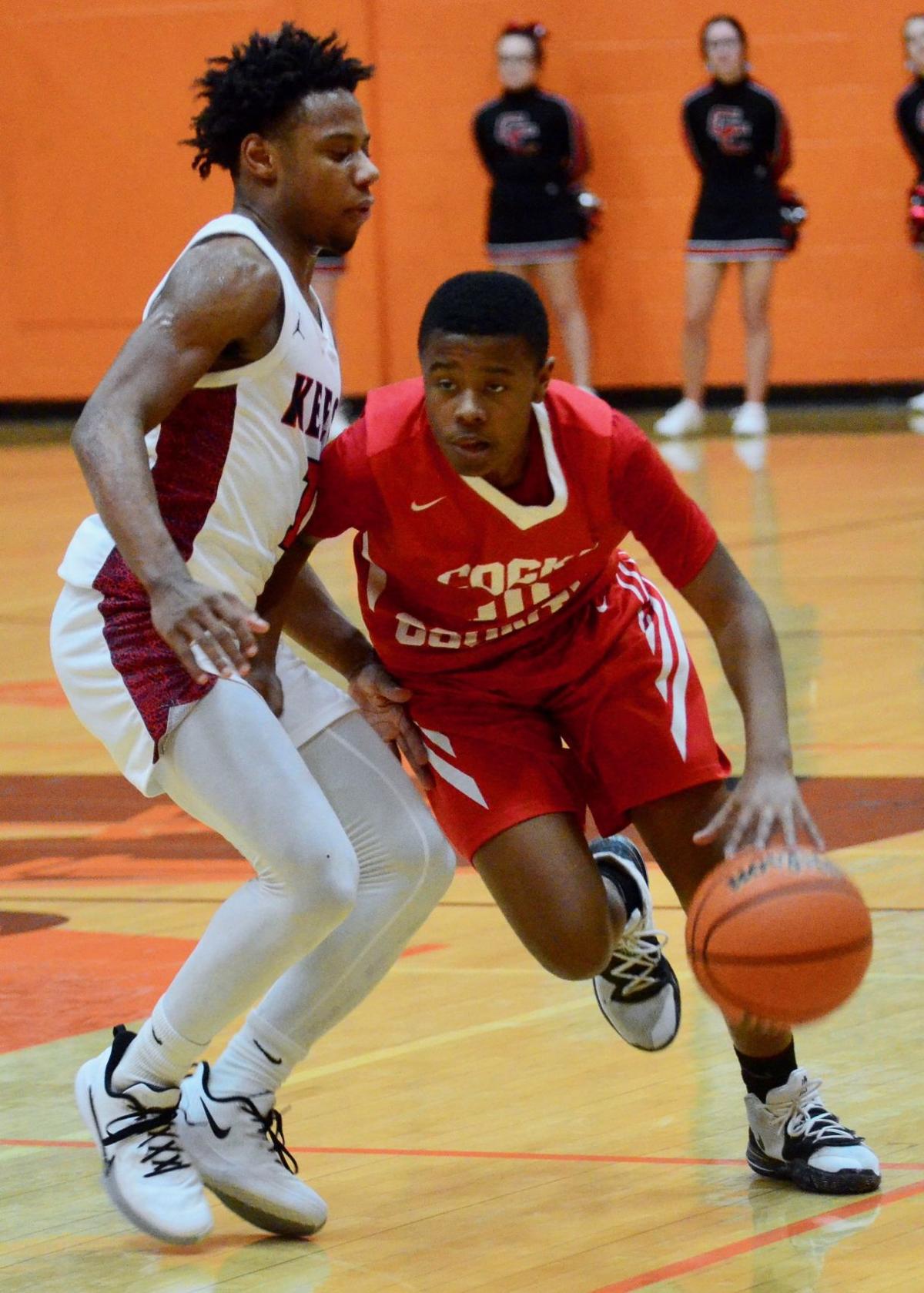 CCHS senior A.J. Mills (center) looks to pass out of a half-court trap in Tuesday’s District 2-AAA quarterfinal against South-Doyle.

MORRISTOWN—Cocke County High Fighting Cocks coach Ray Evans noted on Monday after the team’s win over Seymour that they couldn’t give up offensive boards or turn the ball over as much as they had in the first round.

He essentially told Tuesday night’s fortune against South-Doyle, as turnovers and offensive boards derailed CCHS in a 59-46 District 2-AAA quarterfinal loss to the Cherokees.

“Those were the two things that got us,” CCHS coach Ray Evans said. “I understand it’s hard for our guys, though. We’re not the biggest team out there, and that left us at a disadvantage for most of the night.

“We kept it close for the most part, and I’m still proud of the way our guys fought. Things just didn’t go our way tonight.”

The loss brings the season to an end for a Cocke County (7-21) team that’s faced struggles all season long.

All year Evans has preached he wanted to see his team find success this season rather than wait for the years to come. The Fighting Cocks are overcome with underclassmen talent, and will have a solid foundation to build on now that the program is forced to begin the process of looking ahead.

One piece that has emerged as a prominent sign of things to come over the last few weeks has been sophomore Jody Swann. Swann was a co-leading scorer in Monday’s win over Seymour, and was the game’s leading scorer on Tuesday against the Cherokees.

“Jody did a great job, again, tonight,” Evans said. “His production here as of late is what we’ve been looking for all year. Now it’s up to our guys to put in the work over the offseason. That’ll determine whether or not we progress from this season.”

Swann scored 18 points in Tuesday night’s loss, knocking down five shots from behind the arc for the second night in a row.

South-Doyle (20-7) was led in scoring by a trio of players that reached double figures. Jaquan Gillette and Kendrick Holland each co-lead the Cherokees with 16 points apiece. Aydan Rauton added another 12.

With the season over, Evans and the Fighting Cocks will look quickly look ahead at what’s to come for the program. With so many players that saw significant playing time throughout the year returning, the opportunity is there for the team to see improvement from what’s been a trying season this year.

“At the beginning of the year coach (Casey) Ragan and I agreed this year’s success wouldn’t be based on wins and losses,” Evans said. “This year was based on how we progressed, and over the last five or six games I felt we started playing some of our best basketball. We’ve got this thing headed back in the right direction. With a good offseason I think we’ll have a very competitive group coming into next year.”

South-Doyle jumped out to a 5-0 lead in the first two minutes, prompting a quick CCHS timeout. The Fighting Cocks responded, knotting the game up in the next minute before taking the lead on a corner 3 from Jody Swann with just under four minutes left in the first.

Cocke County continued to lead until the 1:29 mark in the first, as South-Doyle secured back-to-back buckets to reclaim the lead at a 12-8 advantage that it carried into the second quarter.

Turnovers plagued CCHS throughout the first quarter. That trend continued into the second.

The Cherokees compiled an eight-point lead in the first moments of the second period. Their lead extended to 10 with just over five minutes left in the first half.

The margin remained at 10 until Swann buried his second trey of the night with just over two minutes left. CCHS worked South-Doyle’s lead down to six at the half, as the Cherokees led 29-23 going into the break.

Cocke County battled turnovers, foul trouble and injuries in the first half, but remained within two possessions of the lead despite all that.

The Fighting Cocks had 19 turnovers in the first half, and saw three starters find the bench for several minutes through the first 16 minutes for varying reasons. Among those in foul trouble were Keaston Jackson, Hayden Green and A.J. Mills each had two fouls by the half. Jackson picked up both of his fouls in the first three minutes.

“Foul trouble hurt a lot, and so did injuries,” Evans said. “Isaiah (Elliott) turned his ankle. Tried to come back but just couldn’t. We were down our leading scorer early, and knowing what he can produce it hurt us not having him out there.”

Jackson had the first bucket of the second half, cutting South-Doyle’s lead to four, but a 6-0 spurt lifted the margin back to double digits at 35-25. Cocke County got back to within six midway through the frame, but another spurt from the Cherokees had them ahead 44-33 with 2:30 remaining in the third.

“Missing most of our offense made a big difference,” Evans said. “We hung around all night and did everything we needed to do to be in position to pull ahead, but we didn’t have all of the personnel we needed to make a push and get over that hump.”

Another 3-point make from Swann got the deficit back down to single digits, but Cocke County still trailed 46-38 going into the fourth.

Both teams struggled to score to start the fourth, but South-Doyle did enough to pull away to another 11-point advantage with five minutes remaining. Cocke County was back within seven with under four to play, but the Cherokees immediately shifted their strategy to run the clock.

Forcing CCHS to foul, South-Doyle extended its lead back to double digits after draining nearly two full minutes off the clock in a single possession.

The Cherokees extended their lead at the line, as Cocke County struggled to score on the other end with limited time remaining. In the end South-Doyle pulled away for the 13-point win to keep its season alive.