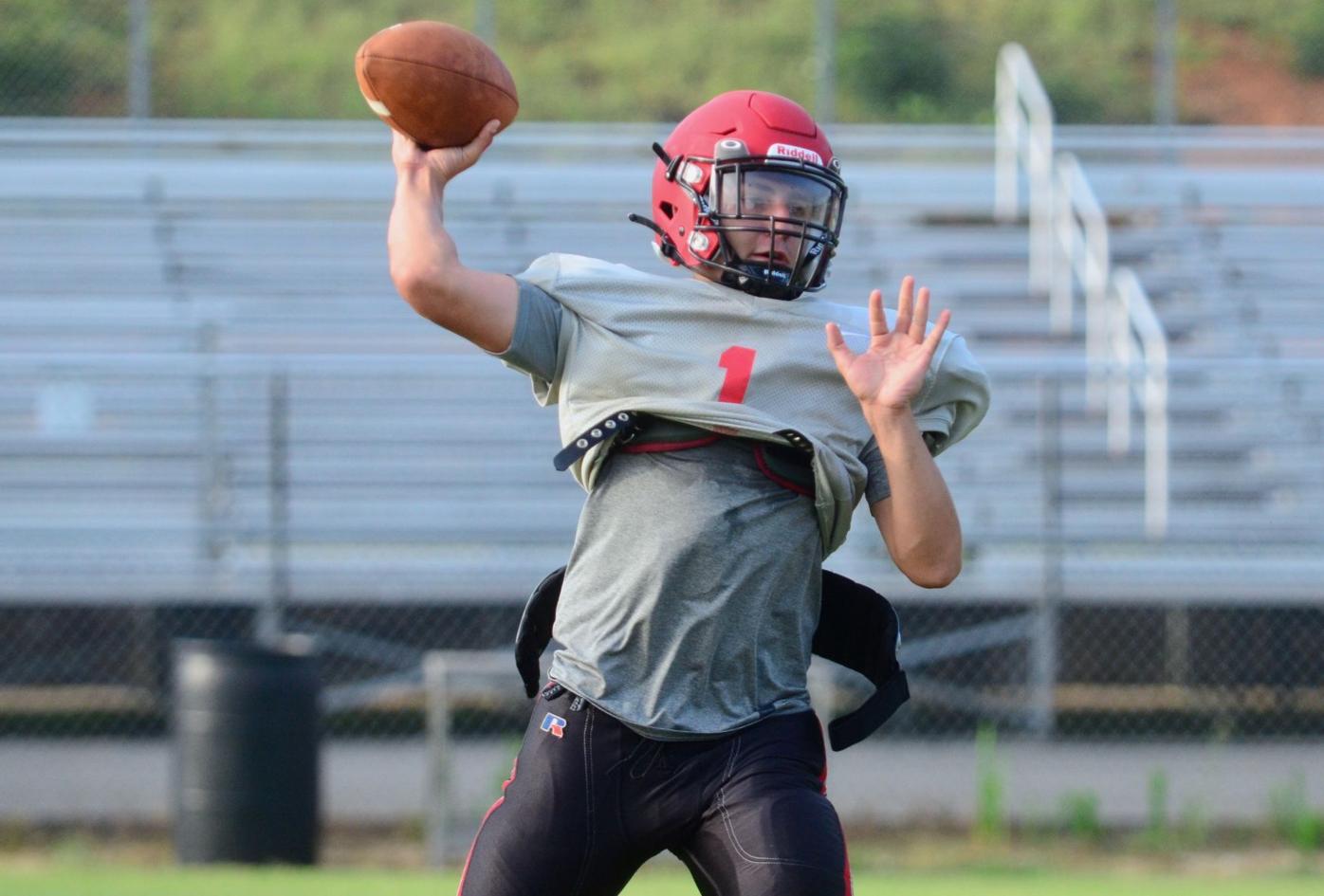 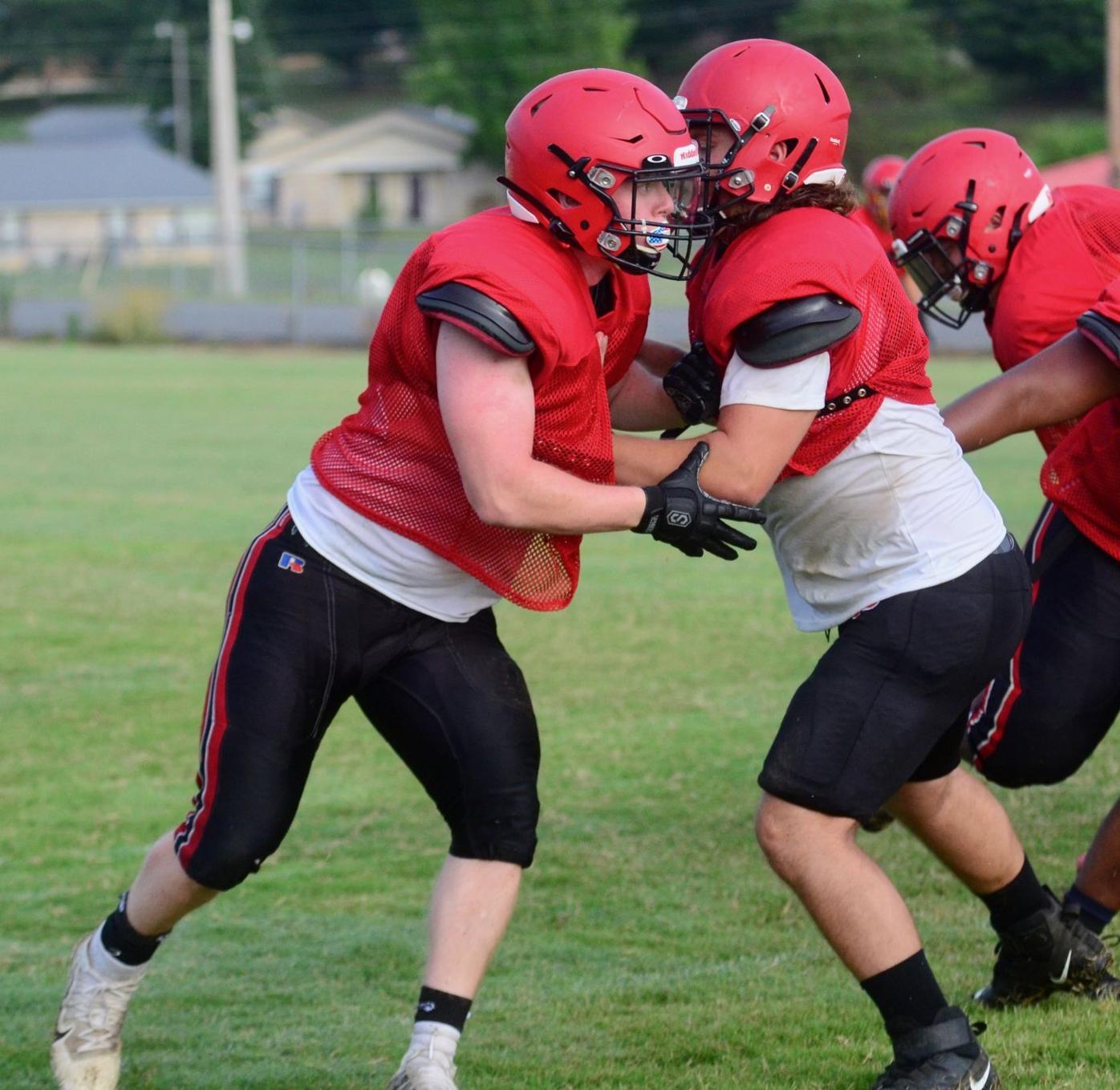 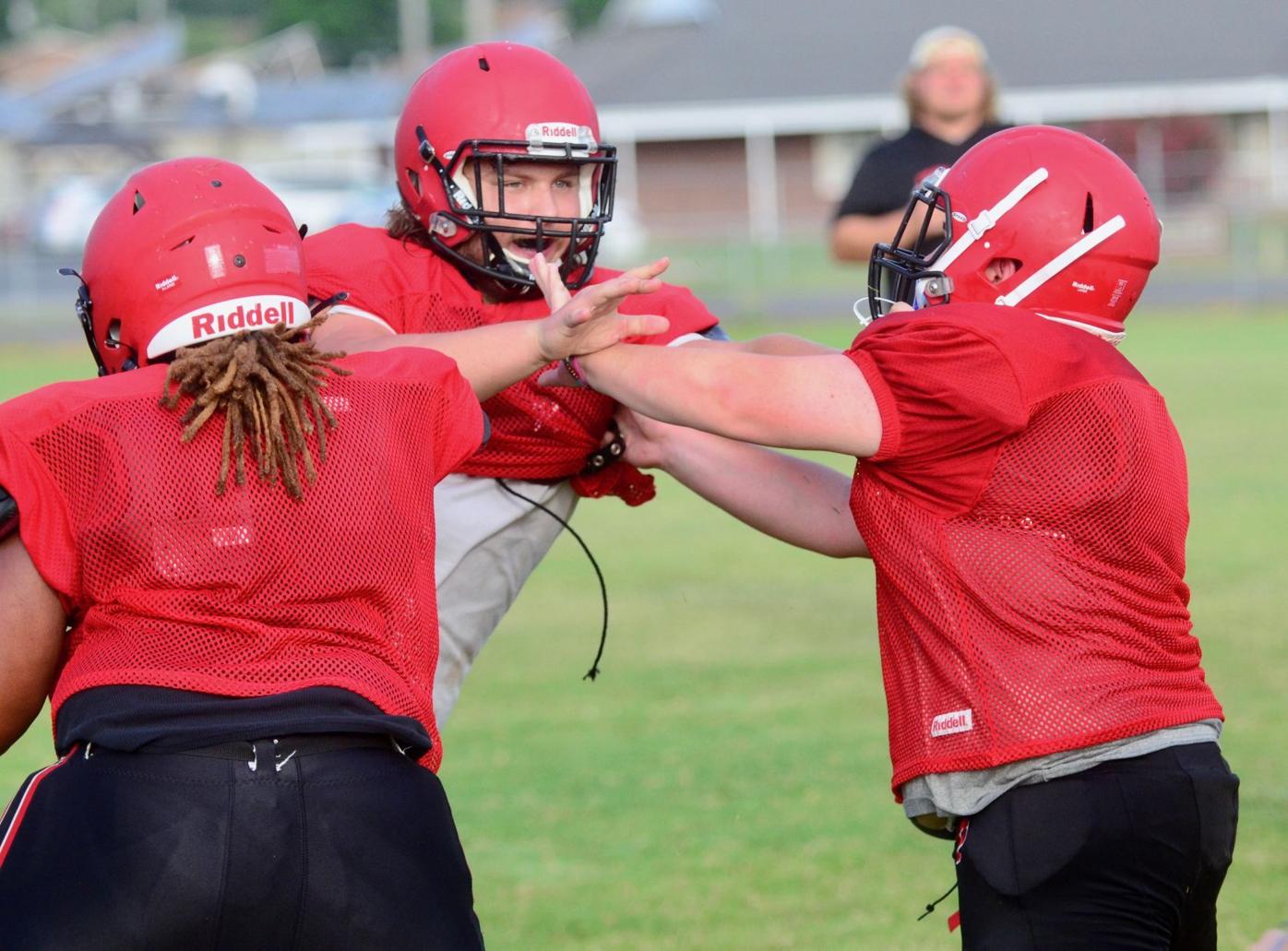 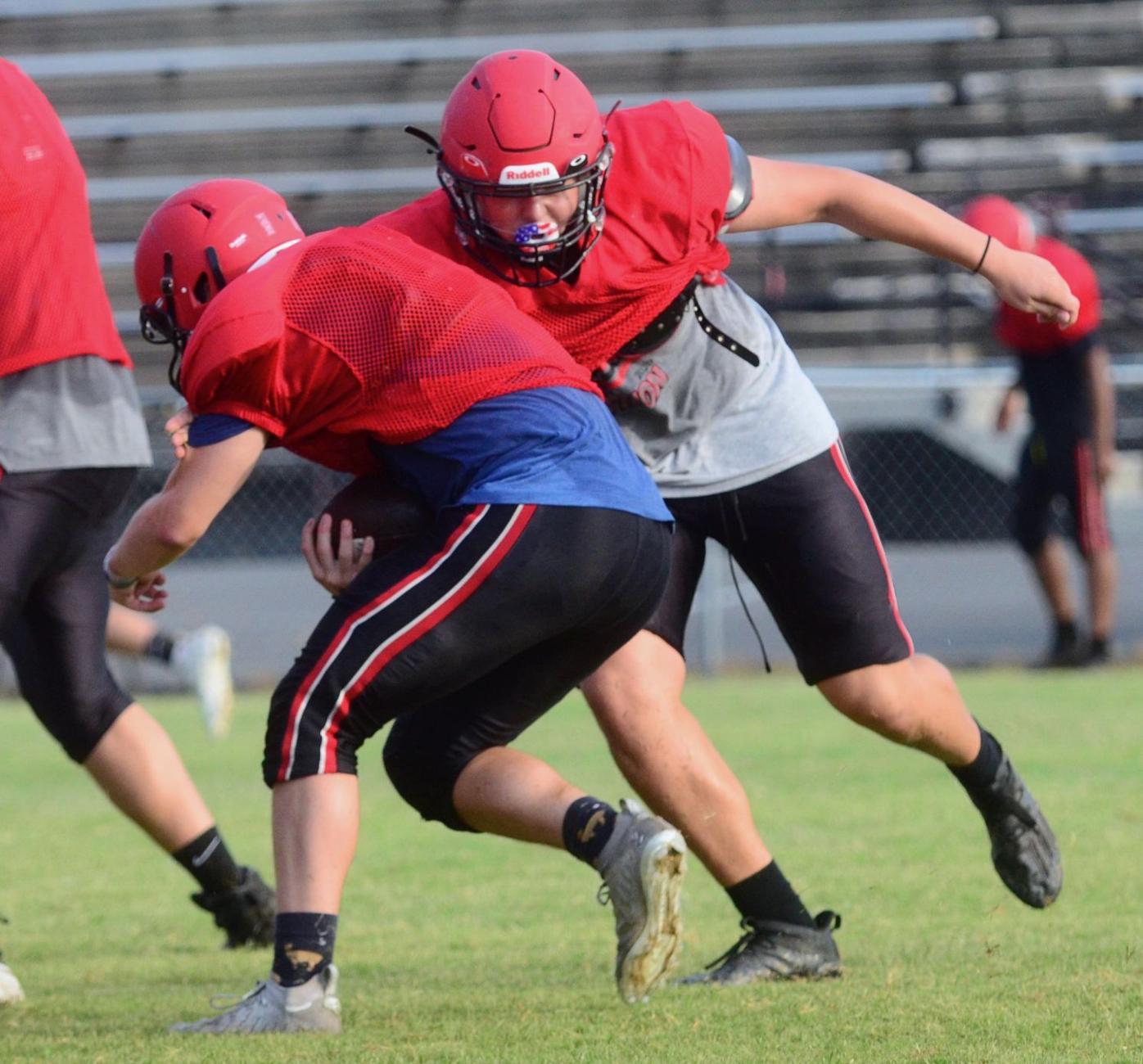 Nevertheless the Cocke County Fighting Cocks are finding a way to beat the heat and get the pads popping as the first official week of practice opened this week.

After opening the week on Monday with hopes of practicing in the evening each day, third-year head coach Scotty Dykes and his staff opted to shift their sessions back to the early morning hours to avoid any stoppages due to the sweltering heat that’s impacting the region.

The Big Red has made the most out of the start of preseason, though, which has Dykes and his staff in good spirits about where they stand.

“I feel pretty good about what I’ve seen so far,” Dykes said. “The kids are coming out and giving us good effort. The physicality is picking up and we’re excited about that, and we’re excited to see how everyone is going to fit into our schemes on both sides.”

Getting on the field is important for this time of year, as the three-week lead-up to the first kickoff of the year goes by fast.

CCHS is looking to take full advantage of those three weeks with the wave of youth that the roster holds for the 2021 season.

The program graduated a hefty senior class, and will look to a number of underclassmen to fill critical roles on both sides of the ball this year.

“I need our young guys to understand that they’re going to play,” Dykes said. “Opportunity is here and they need to have a good understanding of what we need from them on the field as far as execution and effort wise. We realize there’s going to be mistakes because they’re so young, but we’re also excited about the talent level that they bring.”

Dykes doesn’t see the inexperience as a detriment, though. Nor is he writing off this year as a stepping stone to the future.

Instead, he sees the youth movement as a chance to inject some life in a roster full of turnover throughout the depth chart. And with opportunities to play all over the field, he expects the competition level to rise as preseason wears on.

“Having some young guys that will be able to step in and play right away means a lot for the program,” Dykes said. “We’ve got a good mix of guys from all four classes, and we’re going to play a lot of kids.”

Last season Cocke County’s seniors dominated the depth chart, particularly at skill positions on offense and in the front seven on defense.

With those spots now vacated, and an abundance of youth stepping to the forefront of the team, there’s a chance the future is now for the Fighting Cocks.

“Our underclassmen have brought a lot of energy and athleticism to the team,” Dykes said. “There’s so many younger guys I expect to step up and contribute that I can’t begin to name them all. I think you could see as many as five or six freshmen fill spots, and around six or seven sophomores contribute through our two-deep.

As the first week rolls on, Dykes and his staff will get an opportunity to evaluate where the team is by the end of the week.

Cocke County will be on the road on Friday for a 6 p.m. scrimmage at CAK. It’ll be the team’s first of two preseason scrimmages this month before officially kicking off the season on Aug. 20 at Cherokee.

“This first week is all about effort,” Dykes said. “We want to see the kids play and compete. We’ve got a scrimmage at the end of the week at CAK, and we want to see our guys compete and allow us to gauge where we are. We’re not looking to go in there and win the scrimmage. Our focus is on meeting our goals and continuing to progress.”