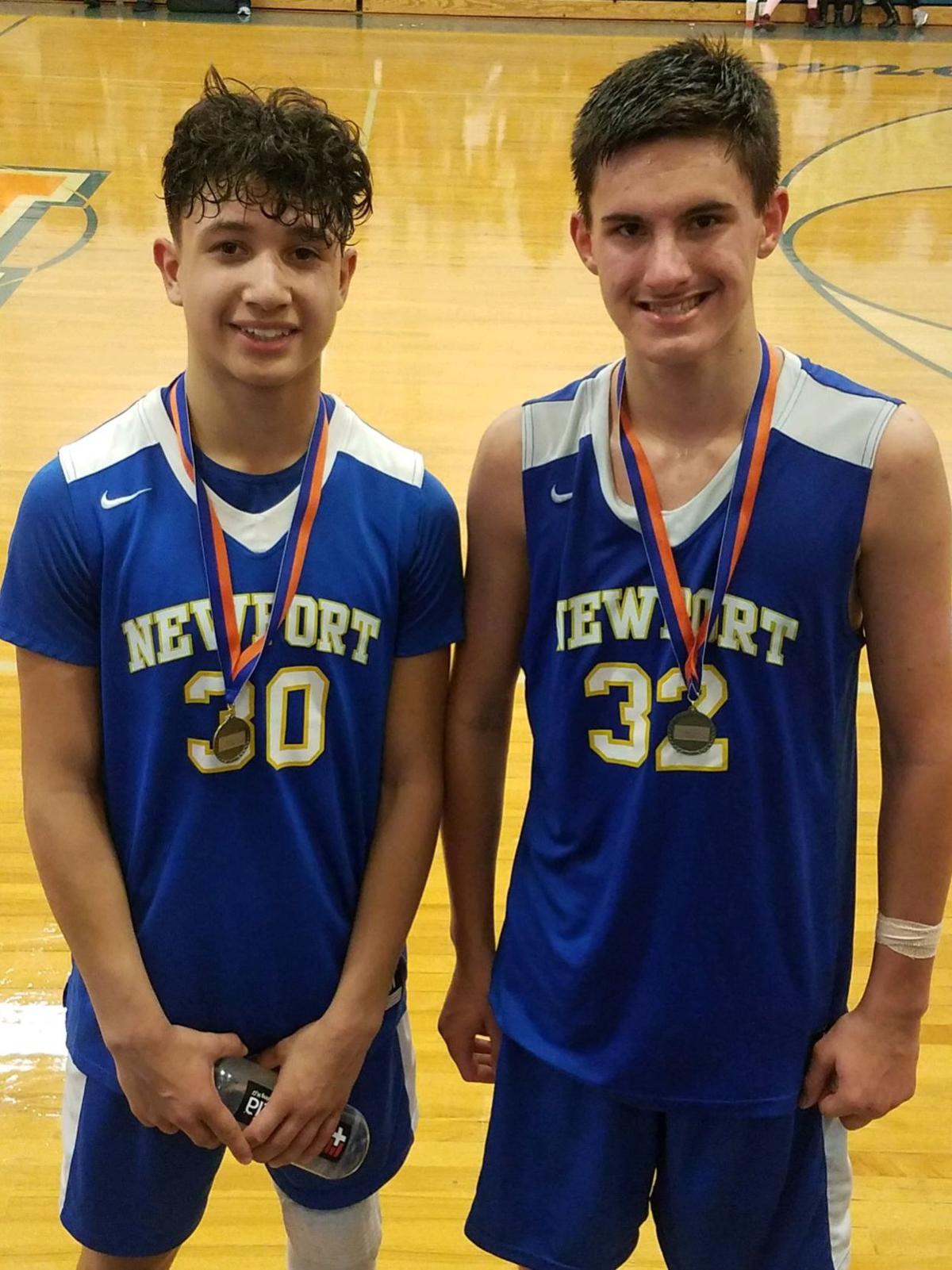 Newport Grammar players Izaiah Hall (left) and Kyler Hayes pose with their All-Tournament medals after earning recognition for their efforts at the preseason Bettis Tournament held at Maury Middle School. 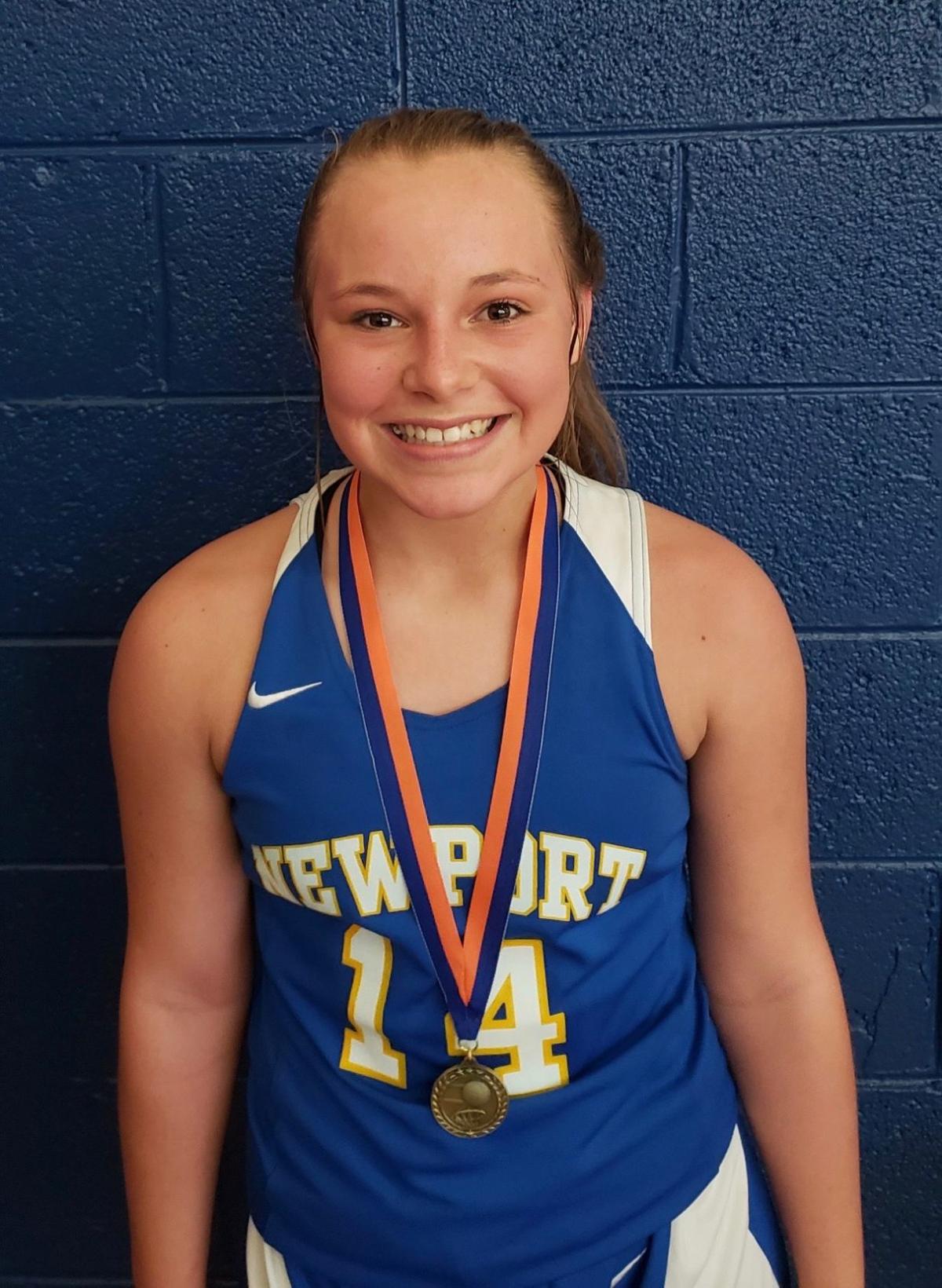 Newport Grammar’s Carsie Ellison poses with her All-Tournament medal after earning recognition for her efforts at the preseason Bettis Tournament held at Maury Middle School.

Newport Grammar players Izaiah Hall (left) and Kyler Hayes pose with their All-Tournament medals after earning recognition for their efforts at the preseason Bettis Tournament held at Maury Middle School.

Newport Grammar’s Carsie Ellison poses with her All-Tournament medal after earning recognition for her efforts at the preseason Bettis Tournament held at Maury Middle School.

DANDRIDGE—Preseason prep is officially behind the Newport Grammar Warriors and Lady Warriors, as they wrapped up their stay at the annual Bettis Tournament held at Maury Middle School over the weekend.

The Warriors placed a pair of players on the events All-Tournament team, as Kyler Hayes and Izaiah Hall each earned a distinction while leading NGS to a second-place finish in the tourney. Carsie Ellison made the girls’ All-Tournament team for the Lady Warriors.

With the preseason wrapped up, both Newport Grammar teams will open the 2019-20 regular season this week.

Despite a loss on the final day of the event, the Newport Grammar Warriors had a fairly successful stay at the annual Bettis Tournament.

Maury topped the Warriors on the final night in a 64-40 outing. All-Tournament team selections Kyler Hayes and Izaiah Hall paced NGS in the loss. Hall had 16 and Hayes added 13.

Maury held the lead early, but never pulled out to an insurmountable distance.

The Broncos led 13-9 after one, and turned their advantage into a 30-20 lead at the half. Maury boosted its lead by one going into the fourth with a 41-30 lead, but a fourth-quarter scoring explosion allowed it to make sure the Warriors couldn’t come back late.

After putting up 23 points in the fourth quarter alone, Maury went on to secure the 64-40 victory.

First-half struggles were the culprit of the Lady Warriors’ tourney-ending loss to White Pine over the weekend.

With only one point in the first quarter, White Pine was able to pull away early and maintain a lead late to knock off NGS 47-23 in each team’s final outing at the Bettis Tournament at Maury Middle School.

Carsie Ellison led NGS with 14 points, which helped lend her an All-Tournament team honor to close the weekend.

White Pine led 9-1 after the first period before taking a 21-10 lead into the half. The Lady Cyclones would pad their lead in the second half, ensuring NGS couldn’t mount a late comeback.