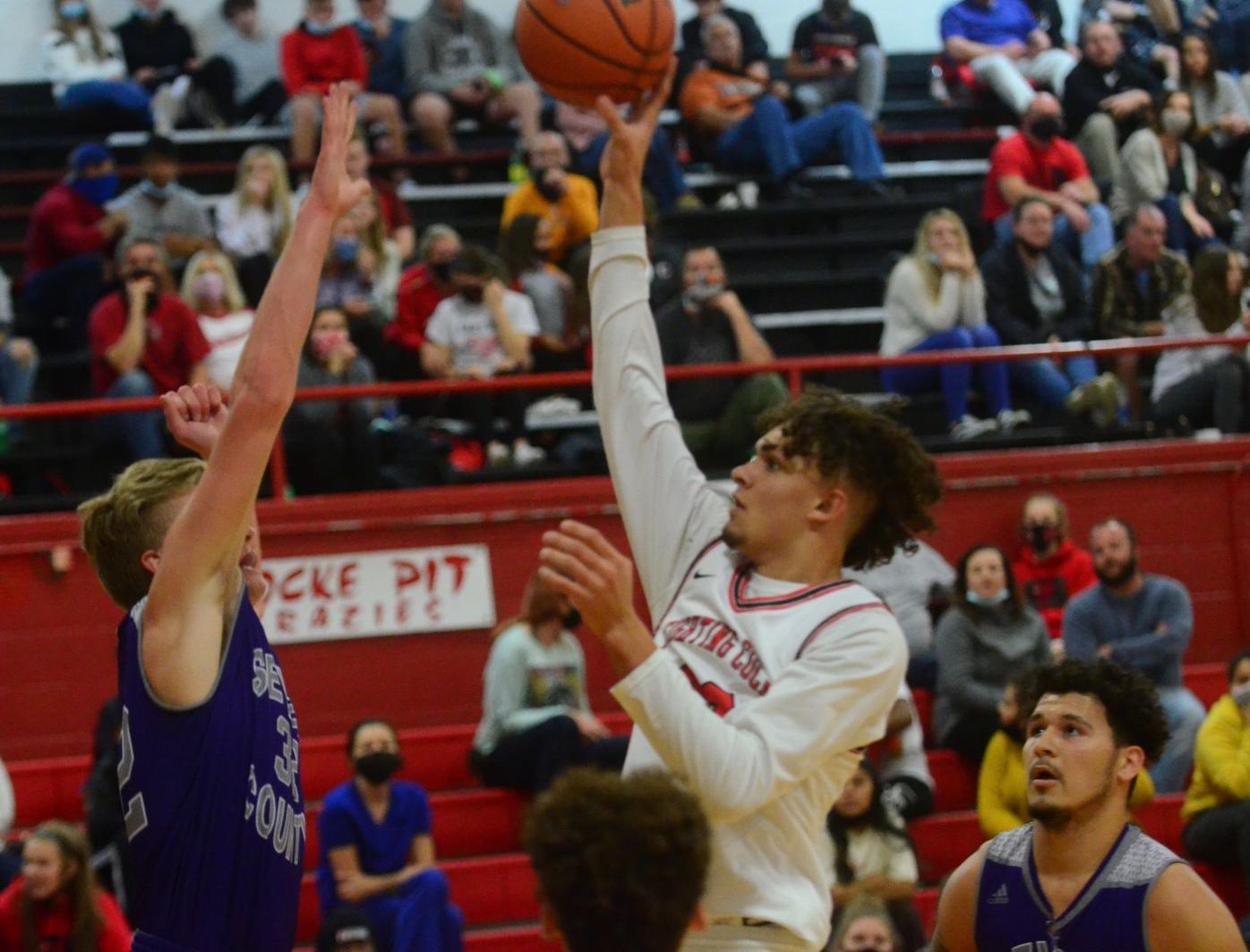 FILE — Cocke County senior Keaston Jackson (right) puts up a runner in the lane over a defender in the Fighting Cocks’ matchup against Sevier County earlier in the season. 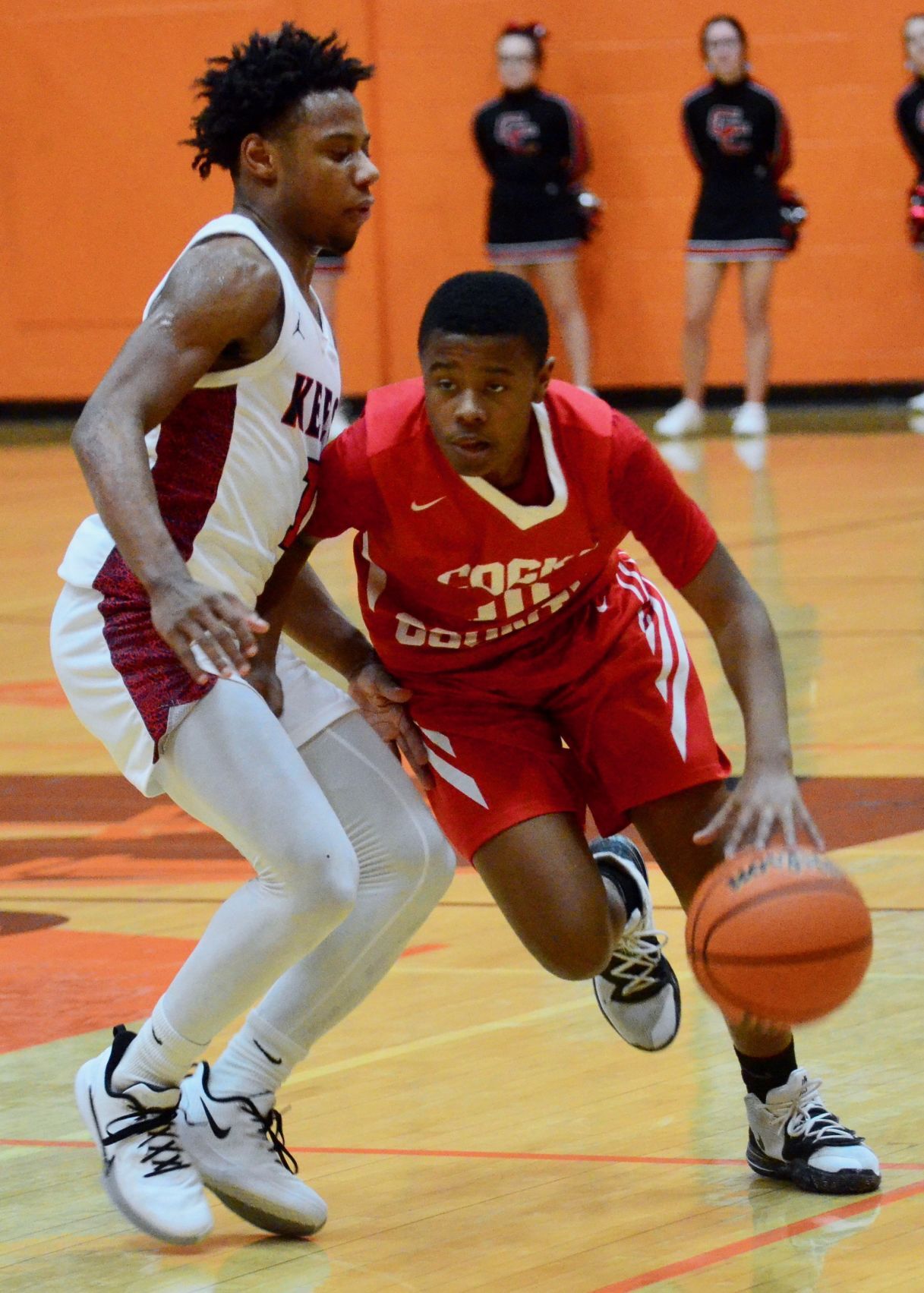 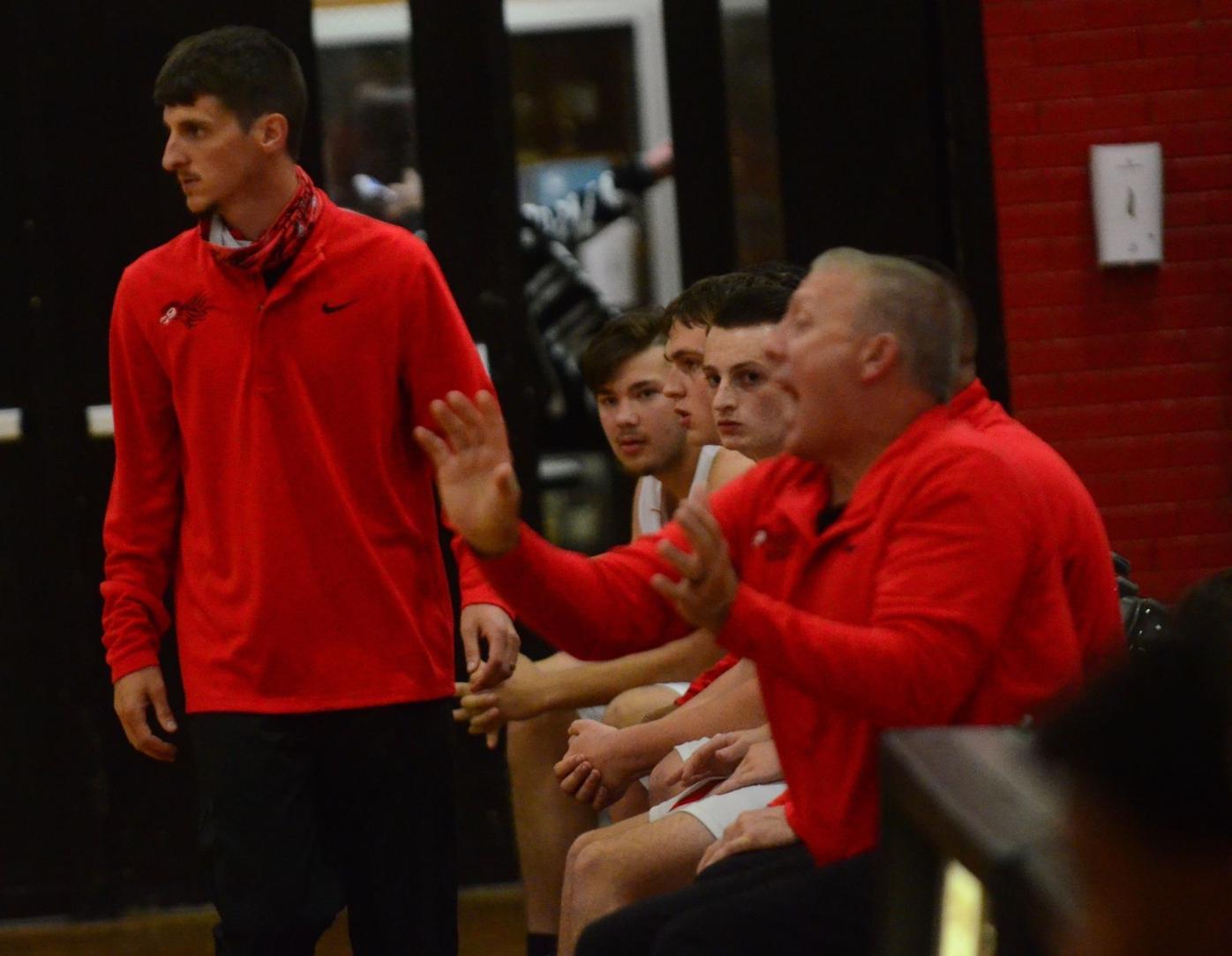 FILE — CCHS coach Casey Ragan (left) paces the sideline as he looks on during his team’s season opener against West Greene this season.

FILE — Cocke County senior Keaston Jackson (right) puts up a runner in the lane over a defender in the Fighting Cocks’ matchup against Sevier County earlier in the season.

FILE — CCHS coach Casey Ragan (left) paces the sideline as he looks on during his team’s season opener against West Greene this season.

PIGEON FORGE—Coming off of seven consecutive losses, the Cocke County Fighting Cocks needed something to give them a spark.

While the first half looked like another grim performance from the Big Red, they turned it around in the second half with a 44-point outing to come back for a much-needed 58-56 victory over Pigeon Forge on Monday.

Cocke County (4-10) was in desperate need of a victory entering Monday’s road tilt at Pigeon Forge (5-7). The Fighting Cocks came close to victory over Grainger the week prior, but ended the week with an unsavory home loss to Gatlinburg-Pittman.

Rolling into Monday night’s affair, the Fighting Cocks were without two players that typically see an ample amount of floor time, leaving them with an uphill battle to begin with.

Add in a 14-point first half effort, odds looked grim for CCHS.

However, with consistent play from their senior forward and a pair of underclassmen guards, the Fighting Cocks were able to fight on for a narrow 2-point win on the road.

Keaston Jackson led CCHS in scoring with 15 points. Major Woods and Brazen Stewart also reached double figures in scoring. Woods totaled 14 at the end of the night, and Stewart poured in another 11.

First-year coach Casey Ragan has been waiting on Jackson to get back to the form he ended last season in, although it’s been a struggle to this point in the season.

Jackson was already behind after being a late addition to the team after completing his duties with the CCHS football team, but he also endured a lengthy absence due to contact tracing protocols that has handicapped his ability to get going this season.

Monday night’s performance was such a welcome sight, and one Ragan hopes his seasoned veteran can continue to build off of as the season ages on.

Cocke County trailed 14-8 after the first period, and fell behind double digits with a 25-14 deficit at the half.

The Tigers built their lead with a strong shooting effort from behind the 3-point arc. They buried four shots from long range in the first half, and were led by Keegan Rayfield’s 12-point effort in the first 16 minutes.

Rayfield would go on to finish the night with a game-high 20 points. He was joined in double figures by Bryson King’s 14 points, and 10 points from Caleb Hughes in favor of the Tigers.

Cocke County began to shift momentum back in its favor in the second half, but could only cut Pigeon Forge’s lead down to nine by the end of the third.

Jackson and Stewart combined for 14 of the Fighting Cocks’ 20 points in the third, but the Tigers scored enough to hold a 43-34 lead going into the fourth.

CCHS clamped down on the defensive end in the final quarter, which was key to its comeback bid.

Pigeon Forge was held to just two made shots from the field over the final eight minutes, while going 9-of-13 from the charity stripe in the fourth.

Cocke County got hot from 3-point range, burying three shots from behind the arc to eat into the Tigers’ advantage.

While defensive pressure put the Fighting Cocks in a position to win, it was their ability to put points on the board that ultimately made the difference.

Cocke County outscored Pigeon Forge 24-13 over the final quarter to push ahead for the 58-56 victory on Monday night.