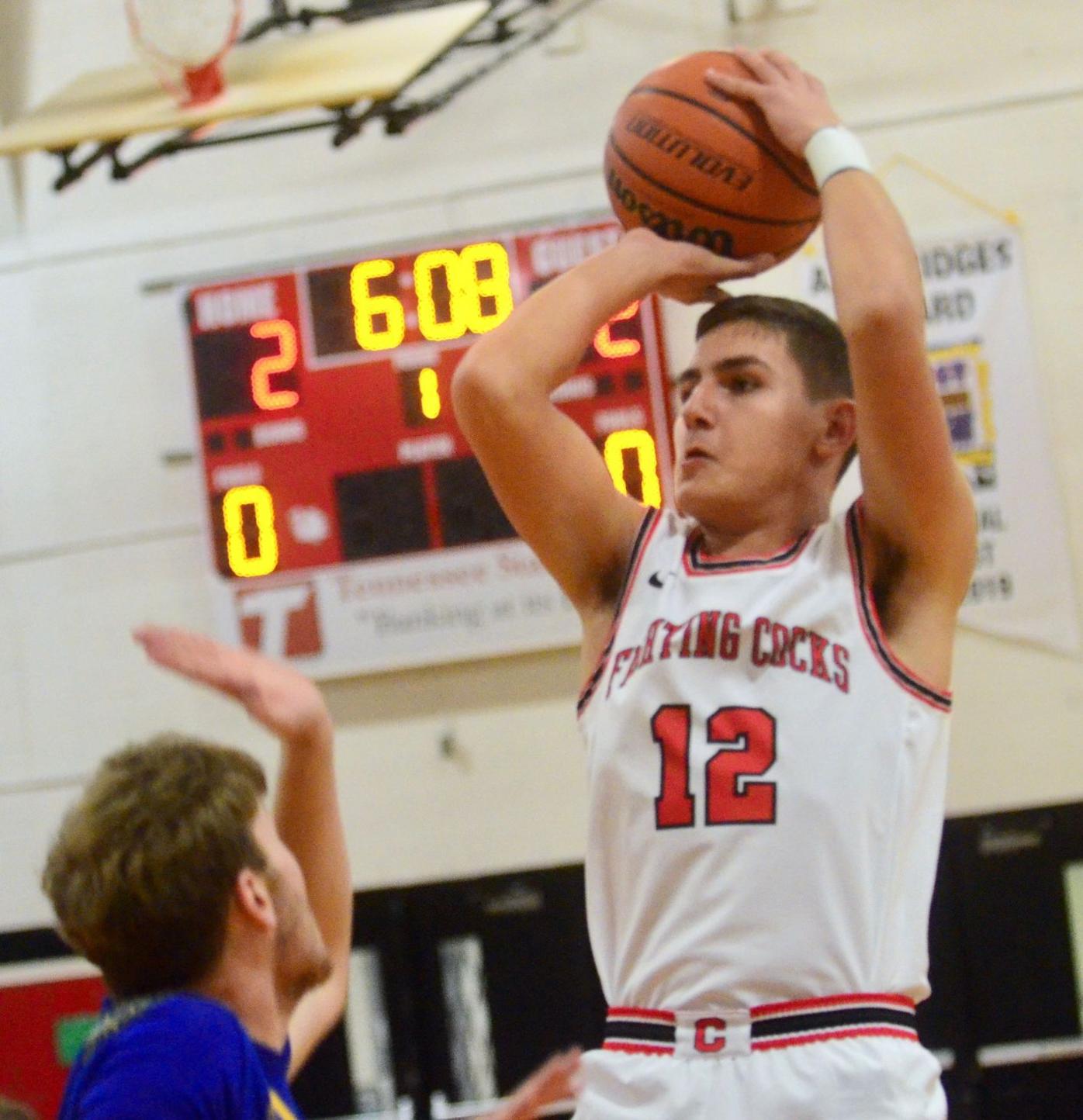 CCHS sophomore Baylor Baxter puts up a jumper in the lane on Thursday against Galtinburg-Pittman. 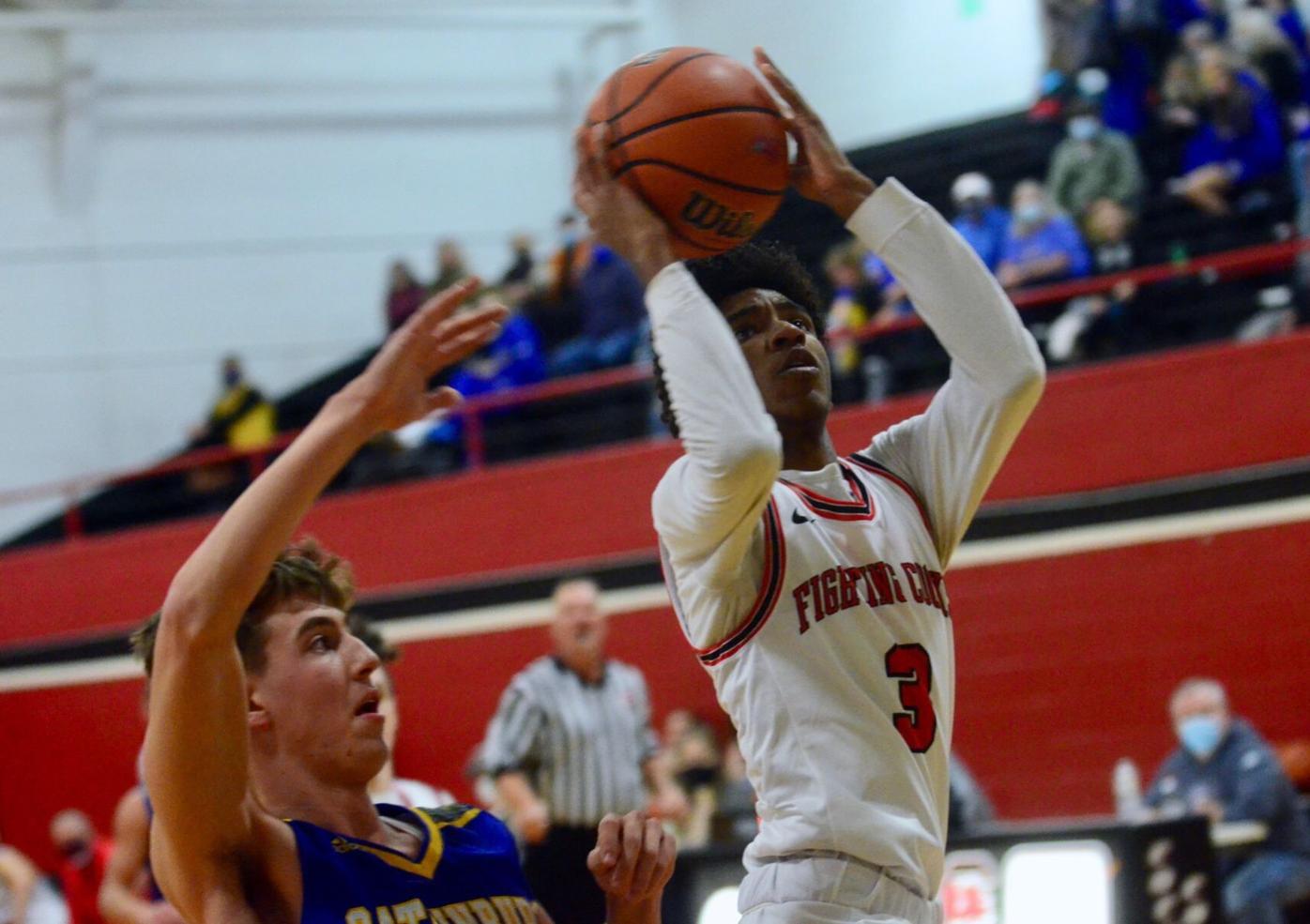 Cocke County junior Jody Swann goes up for a layup in transition on Thursday against Gatlinburg-Pittman. 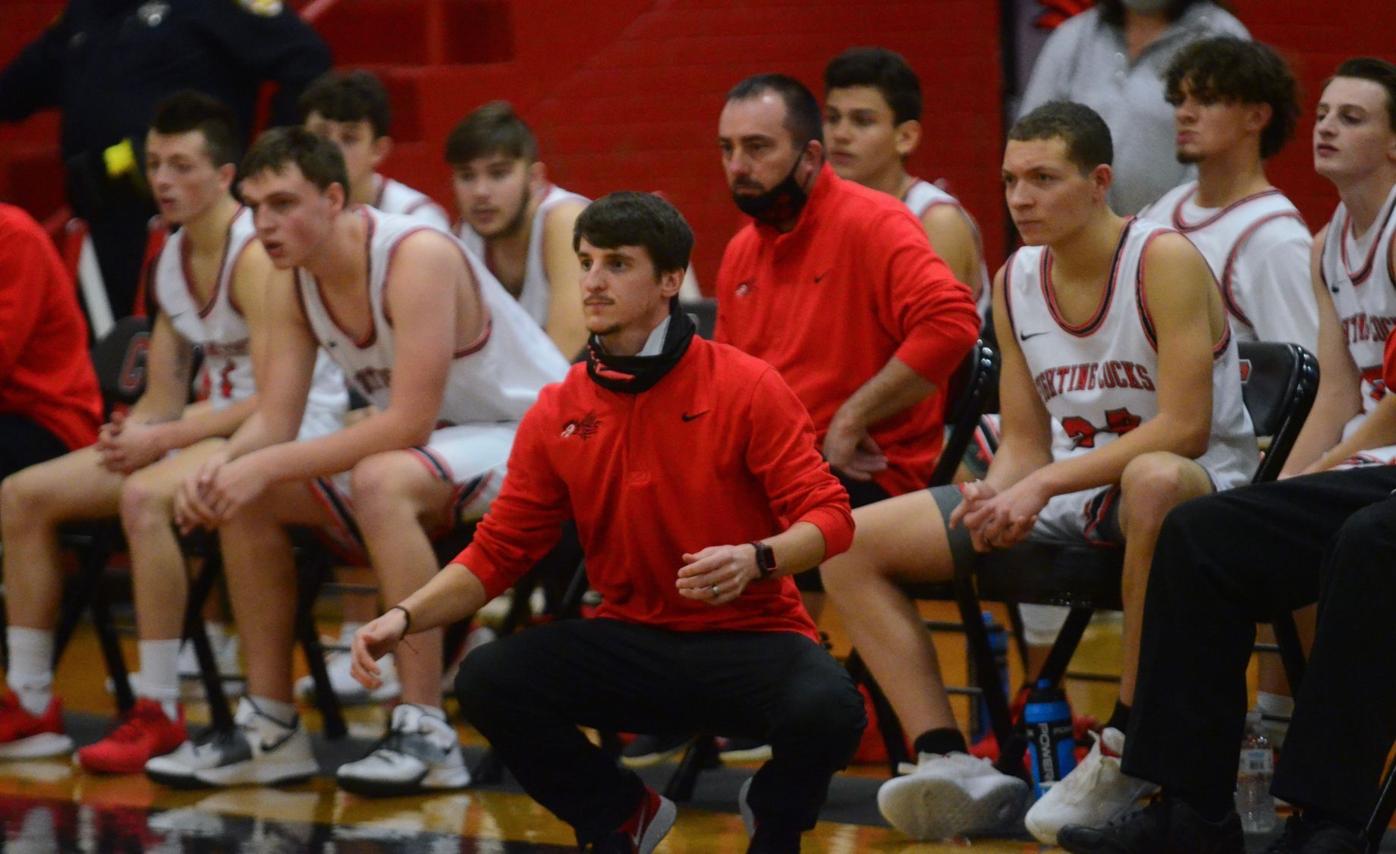 CCHS head coach Casey Ragan (center) looks on from the sideline during Thursday’s matchup against Gatlinburg-Pittman. 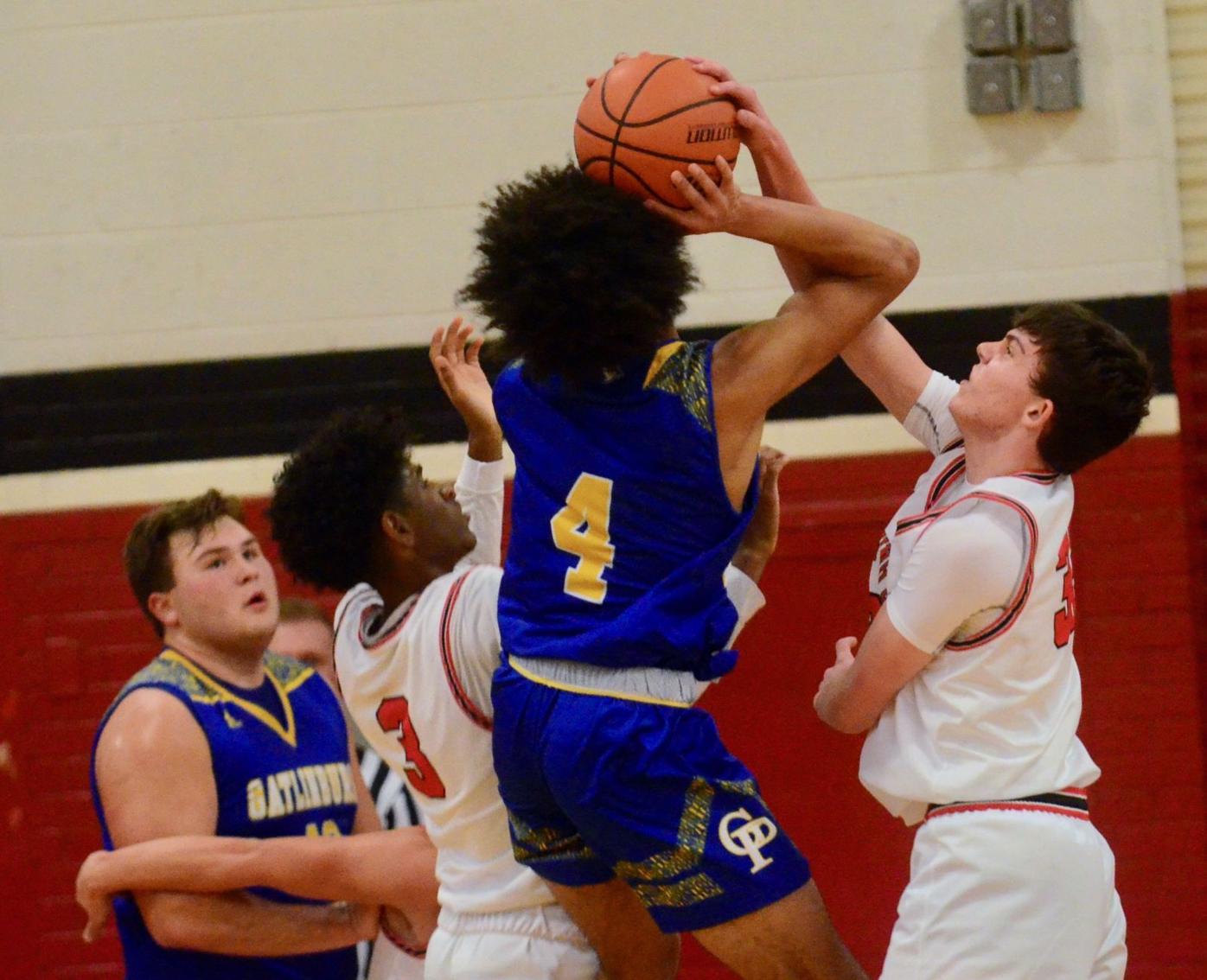 CCHS sophomore Baylor Baxter puts up a jumper in the lane on Thursday against Galtinburg-Pittman.

Cocke County junior Jody Swann goes up for a layup in transition on Thursday against Gatlinburg-Pittman.

CCHS head coach Casey Ragan (center) looks on from the sideline during Thursday’s matchup against Gatlinburg-Pittman.

NEWPORT—What has been a dreadful slate over the last month continued for the Cocke County Fighting Cocks on Thursday.

The Big Red dropped their seventh consecutive game on Thursday night, this time a 56-39 defeat at the hands of the Gatlinburg-Pittman Highlanders.

“The biggest thing we’re missing right now is not necessarily something you can coach,” CCHS coach Casey Ragan said. “It’s something they’ve got to learn, though. Unfortunately we’re going through that learning process right now.

“I still see improvement in certain aspects, but we’ve got to better understand we’ve got to be going all out every second we’re on the floor. That’s the biggest area we’ve got to improve on in order to be successful.”

Not only was Thursday’s loss another notch in a month-long losing skid, but marked the fourth time in that 7-game stretch Cocke County (3-10) was held under 40 points in scoring.

“We also had a tough shooting night, tonight. We might have shot around 20%. But I feel our production will improve with more floor time and the confidence we build off of that.”

Defensively, the Fighting Cocks have made noticeable strides throughout the course of the season. Since giving up 84 points in their final outing of the 2020 portion of the season to the Tennessee High Vikings over the holiday break, CCHS has held its last two opponents to less than 60 points.

“We’ve gotten a lot better defensively,” Ragan said. “Compared from where we started the season to where we are now, we’re playing much better on that end. Still not where we need to be, but we’re continuing to improve.”

Needing some spark of confidence, Cocke County will have three chances next week to snap its unwelcome losing skid next week.

On the road twice in that slate, CCHS will travel to Pigeon Forge for a non-district contest that could be pivotal in lifting team spirits before delving back into league play.

“I like the direction we’re heading, overall, but this team could use a win right now more than anything,” Ragan said. “Just from a confidence standpoint, I think it’d do wonders for our guys. We were close on Monday. Really wanted to get one tonight. If we could start next week with a win, I think it would do so much for us.”

Cocke County takes on Pigeon Forge on Monday, and will follow that with a home District-2AAA outing on Tuesday against South-Doyle. The Big Red will finish next week’s slate at Morristown East. All three games are slated to tip off at 7:30 p.m.

Both teams traded baskets in the first minute, but the next five minutes belonged to G-P.

The Highlanders used a 13-2 run to lead 15-4 with two minutes left in the first quarter, and carried a 15-6 lead into the second.

Cocke County’s offensive woes would follow it into the second period. Gatlinburg-Pittman scored the first five points of the frame to extend its lead to a 20-6 advantage. The Highlanders would lead by as much as 17 before the half.

“The last few games we seem to spot everybody 10 or 15 points to start the game,” Ragan said. “That goes back to playing hard for all four quarters. We can’t keep spotting teams points before we settle in and start playing.”

Trailing 30-13 with just two minutes left in the first half, the Fighting Cocks picked up four points to work the deficit down to 13, but a G-P shot at the buzzer gave it a 32-17 lead going into the half.

Scoring the first two baskets of the second half, Cocke County was back within 11 in the first minute of the third quarter. G-P would have a response, though, as it maintained a 15-point buffer for the next five minutes of play.

Cocke County’s defense clamped down and picked up stops, but the Big Red struggled to convert on the offensive end, allowing the Highlanders’ lead to remain intact.

“We got good looks, but just didn’t make them,” Ragan said. “That’s going to happen some nights, but it’s frustrating when you’re getting stop after stop and are right there, but just can’t take advantage of it.”

Gatlinburg-Pittman continued to lead, 40-25, as the game aged into the fourth.

The Fighting Cocks had the first points of the fourth quarter, as a Baylor Baxter 3-pointer made it a 12-point game within the first minute of the period. G-P would deliver the final blow soon after though, piecing together an 8-0 run over the next two minutes to hold a 48-28 lead with 4:45 remaining.

“We played them almost dead even in the second half,” Ragan said. “That was the message afterwards, was showing our guys that we’re right there. When we’re doing the things we’re supposed to do.”