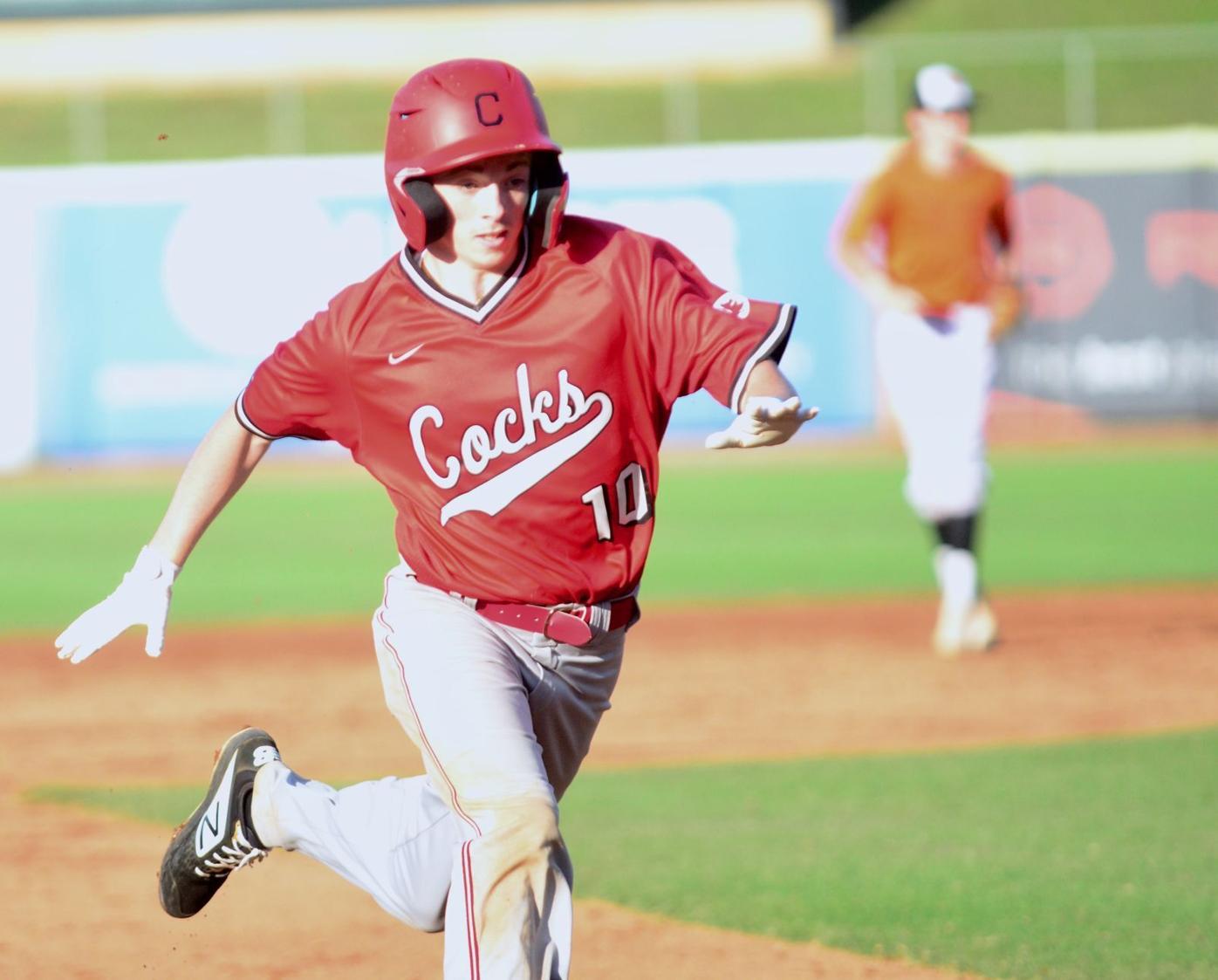 FILE — Cocke County’s Josh Ellis sets to slide safely into third base during a Smokies Summer League matchup against the Clinton Riverdogs in 2020. 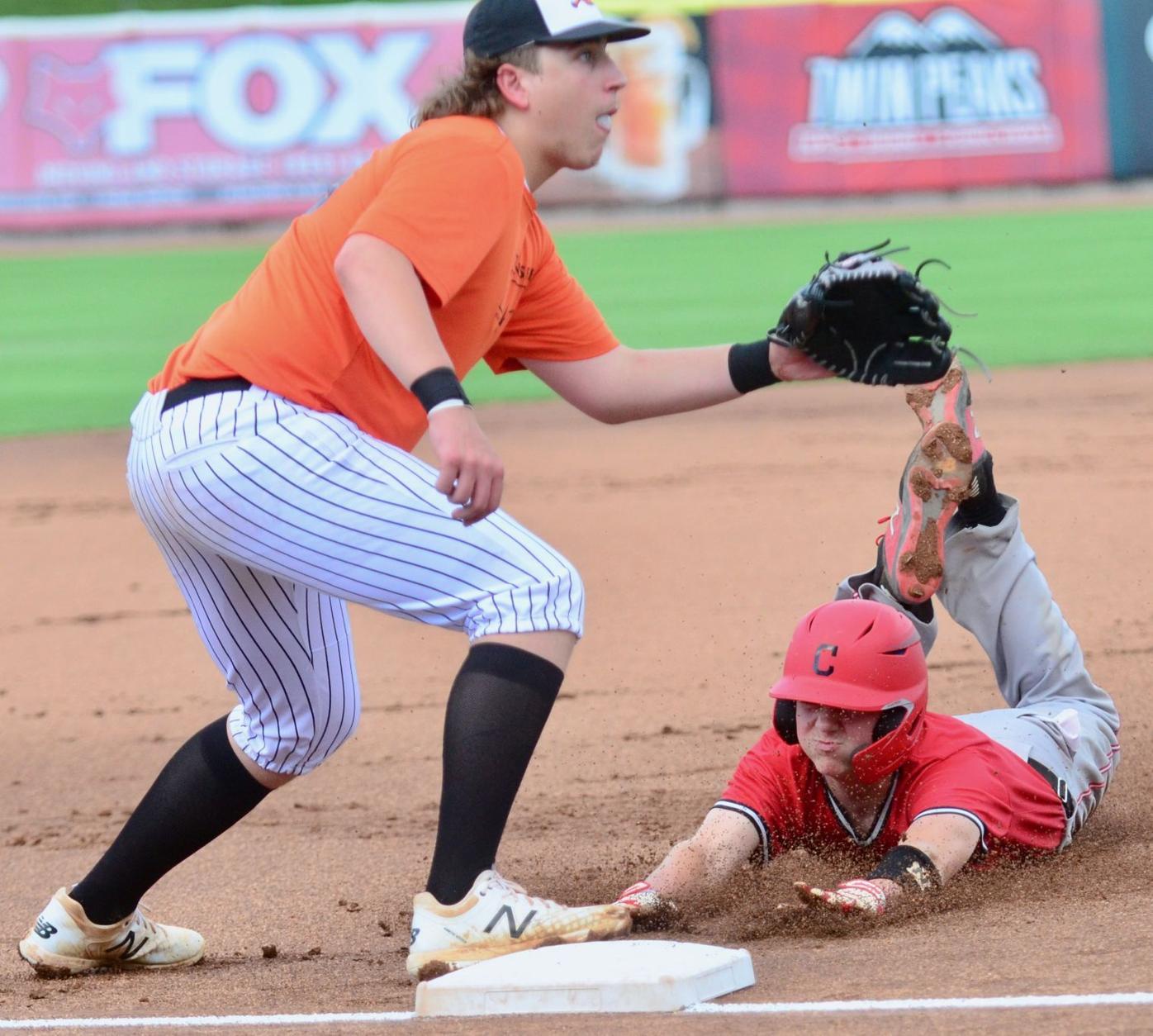 FILE — Cocke County’s David Stinnett slides safely into third base during a victory over the Clinton Riverdogs in the 2020 Smokies Summer League.

FILE — Cocke County’s Josh Ellis sets to slide safely into third base during a Smokies Summer League matchup against the Clinton Riverdogs in 2020.

FILE — Cocke County’s David Stinnett slides safely into third base during a victory over the Clinton Riverdogs in the 2020 Smokies Summer League.

MORRISTOWN—Six runs in the top of the last inning is all it took for the Cocke County Fighting Cocks to knock off the Morristown West Trojans for the first time in roughly 17 years.

Deadlocked in a 5-5 game going into the seventh, the Fighting Cocks batted around in the final frame to put up six runs in an 11-5 victory over the Trojans in their season opener on Monday.

“Extremely proud of our guys,” CCHS coach Andy Chrisman said. “This game showed the heart and character of them. They play hard for each other. They love each other and the have each other’s backs. I couldn’t be more proud.”

Senior David Stinnett led the effort for Cocke County (1-0) with a 3-for-4 showing at the plate and two RBIs. Fellow senior Zac Cortez matched him for RBIs with two of his own. As a team, the Fighting Cocks churned out 10 base hits.

After putting two on via walks, Stinnett stepped to the plate with a clean slate and a chance to post the game’s opening score. His RBI single brought in Josh Ellis, giving Cocke County a 1-0 lead in the top of the first.

Ellis fanned six in his four innings pitched in his first start on the mound. He also helped himself with two base knocks.

Cortez picked up the win in the final three innings. Between the two, the Fighting Cocks allowed just six hits all evening.

West struck out the side after Stinnett’s RBI, stranding a pair of CCHS runners in scoring position. They came back with a pair in the bottom half to make it a 2-1 lead Trojans lead after the first frame.

Mistakes by the homesteading Trojans put the Big Red back in front. After issuing two more walks, Zac Cortez and Brayden Clark each reached the plate on an errant pick-off attempt, making it a 3-2 lead for CCHS going to the bottom of the second.

Morristown West went down in order to close out the second, and gave up another run via an error to start the third.

Looking to pick-off Jacob King as he stole third, the ball misfired into left field and allowed the senior to scramble home for a 2-run Cocke County lead.

Just as the game looked to be heading completely in the Big Red’s favor, a no-out, 2-RBI double in a bases loaded situation gave the Trojans life. They’d add one more to their third-inning effort to reclaim a 5-4 lead going into the fourth.

West went down in order the next two innings, giving CCHS the ammunition needed to make a late run.

A sacrifice-fly RBI from Ellison tied the game in the sixth, which set the stage for the game-winning seventh.

With runners on second and third, Stinnett had his second RBI of the evening. He singled in Ellis to make it a 6-5 CCHS lead. Dylan Jackson had the next score on a wild pitch. After Isaac Dorsey was walked, Cocke County had the bases loaded.

Ellison picked up an RBI on a bases-loaded walk. Cortez followed with a 2-RBI single to make it a 10-5 lead while Cocke County continued to work with just one out.

CCHS plated one more with Ellison getting across on a 2-out passed ball, making it an 11-5 lead for the visiting Big Red going to the bottom of the last.

With two walks, the Trojans had two on with one out. The Fighting Cocks held them scoreless in the final frame, though, giving them the victory and a 1-0 start in league play for the 2021 season.