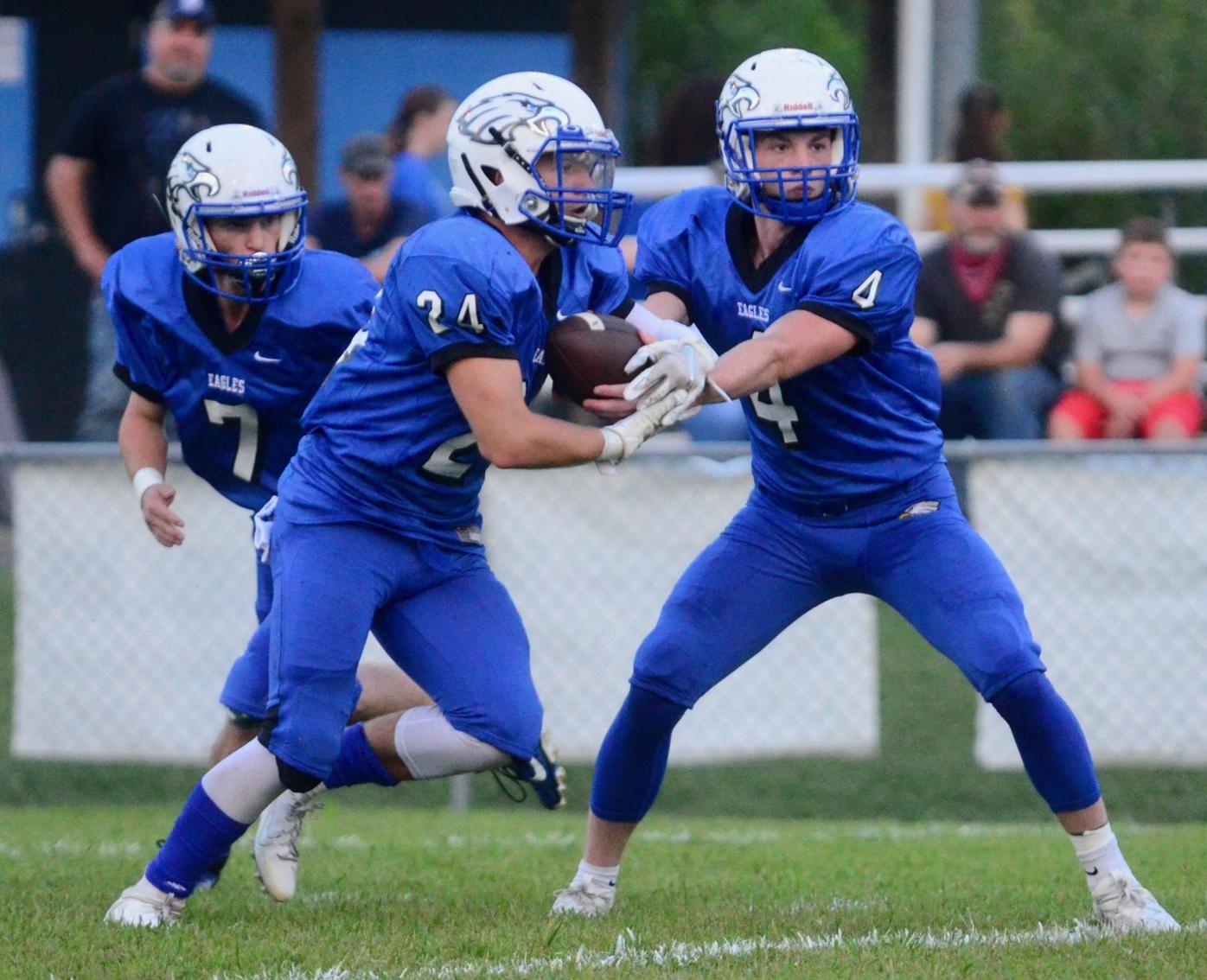 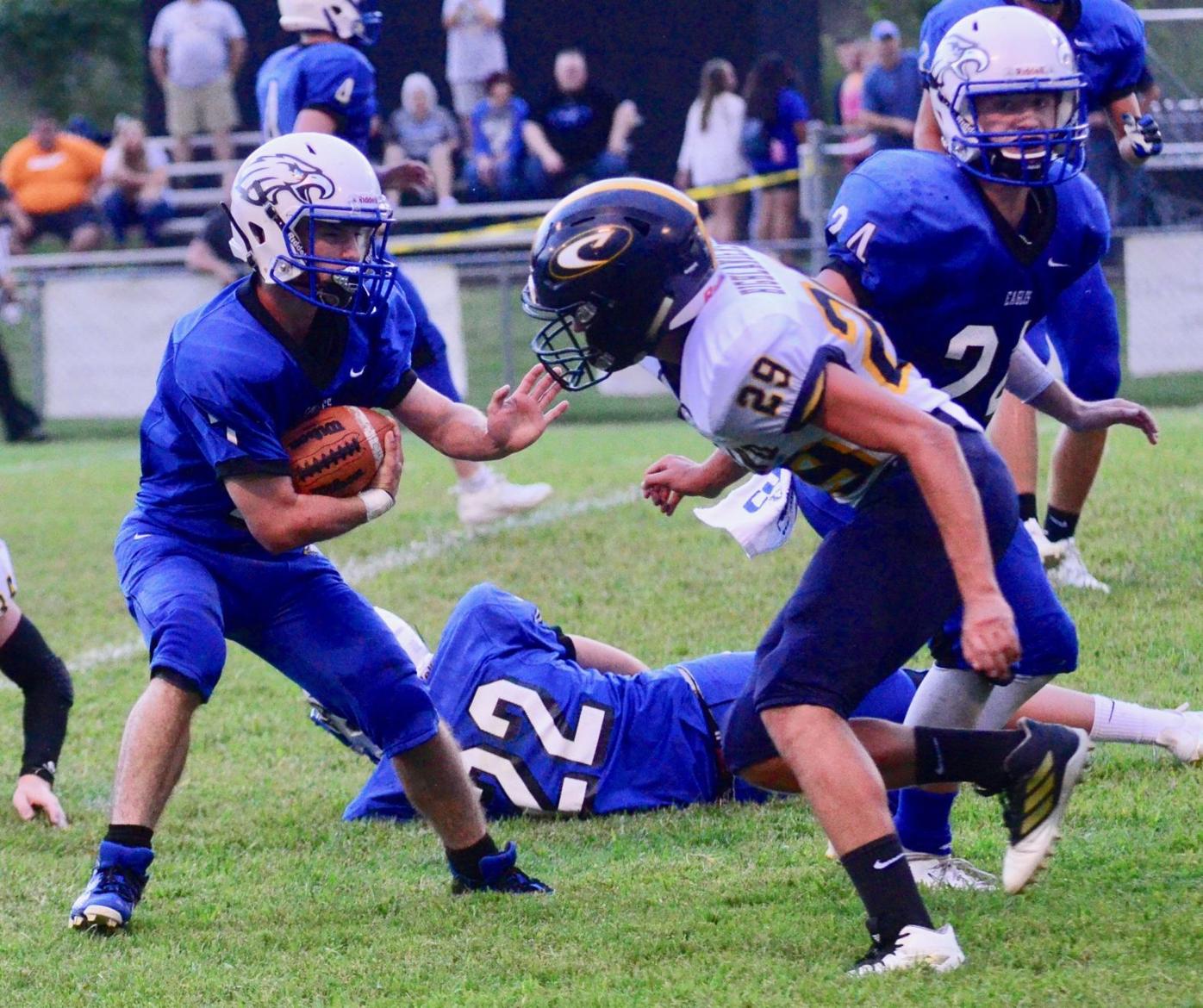 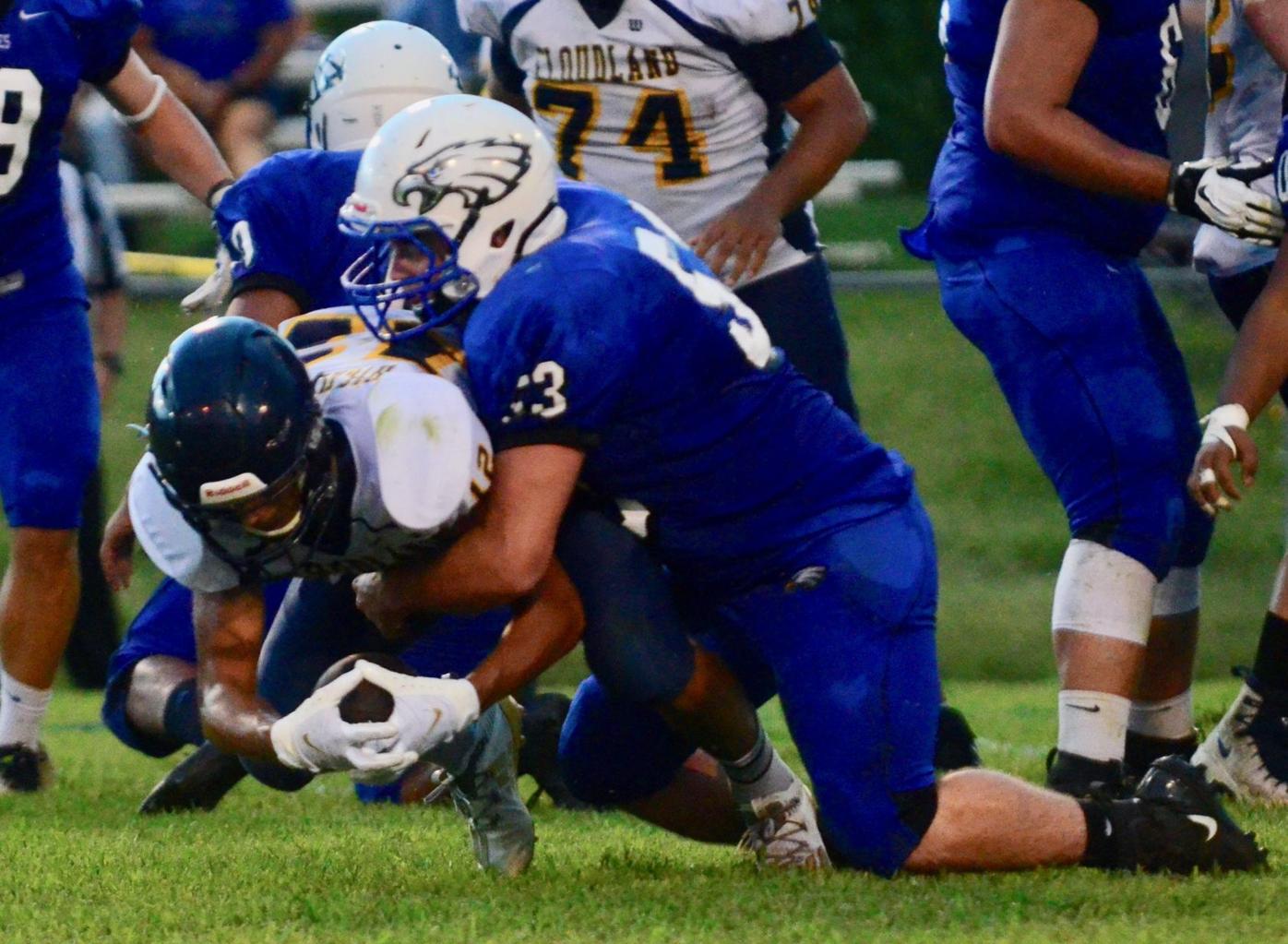 COSBY—The Cosby High Eagles had revenge on the mind, Friday night. The Midway Green Wave had other plans, though.

The Eagles previous meeting with Midway ended with a 50-7 defeat in 2019. With high hopes of pulling off the upset, they came up short again, falling to the Green Wave 36-8.

Early in the first quarter, the Green Wave struck first on a five-yard touchdown from quarterback, Emmett Hegland.

“We felt they were committed to run the ball, and wanted to throw it second, Midway coach Treadwell said. “We have to get our hands on people and drive them off the ball and I felt like our line backers played really well tonight.”

After the missed extra point the Eagles went to work, led by Caleb Lawson and Hunter Workman for their first drive of the game.

A few plays later, Workman’s pass slipped through the hands of his receiver and was intercepted by Midway’s Caleb Goodman.

Midway seemed to have the Eagles number on defense as Hegland found Jackson Snow for a gain of 28 yards to set their offense up in the red zone.

After the big play, the Eagles defense forced a fumble on Midway’s Hegland, recovered by Trestan Packwood to end the first quarter and give the Eagles life on the offensive side of the ball.

Workman started the second quarter with a run of 24 yards on a fake punt on 4th and long to set Cosby up at its own 40 yard-line. Penalties plagued the Eagles during that drive and ultimately set up a 3rd-and-34 that couldn’t be converted.

Midway forced a turnover deep in Cosby territory, which set up Hegland for a 12-yard touchdown pass to Snow in the left corner of the end zone to extend the Green Wave’s lead.

The Eagles had another chance on offense late in the second quarter, as Workman used his legs to pick up a 15-yard gain to find their way into Midway territory at the 48 yard line.

A few plays later, Workman was intercepted by Connor Conlon, and Midway went to work from their own 30.

Hegland and Snow connected on a 72-yard pass play for a touchdown to extend their lead over the Eagles, 18-0.

Cosby struggled to find its flow after the interception on offense with a few negative plays, as it had a short punt to give Midway excellent field position.

The Eagles misfortunes continued as they fumbled a kickoff that was recover by Snow to end the first half.

Lawson got the second half started with an eight-yard gain to give a spark of energy to the offense, but after a holding penalty it continued the bad luck for Cosby as it was forced into another three and out.

Hegland and Snow were in sync as they once again found the end zone from 29 yards out for a score to give the Green Wave a 31-0 lead.

Justin Stewart took the reins of the Cosby offense and gave the Eagles a few positive plays before the Green Wave defense forced another punt.

After three quarters, Cosby played with a different mindset almost stopping every run that Midway threw at it.

Doyne Calina and Heriberto Gonzalez had a few key stops inside the 10 yard-line to get the ball back for Cosby.

The Eagles finally had a breakthrough with four minutes left in the fourth quarter, as Workman used his legs on a pitch from Stewart to score from 56 yards out.

“We moved some pieces around and we just came out and played a little harder there after the first half.” Coach Kevin Hall said after making some changes at the half.

That run put Workman over the century mark with 121 yards and a touchdown in a defeat to Green Wave.

Hegland finished the matchup with 273 yards and three touchdowns through the air and one touchdown on the ground in his team’s win.

“We had some sacks, interceptions, and tackles in the backfield at times but Midway is a great team. You’re gonna make mistakes but just continue to go out and play.” Hall added.

Cosby travels to Happy Valley next Friday, as it jumps into its first Region 1-2A contest of the season with a 7:30 p.m. kick against the Warriors.