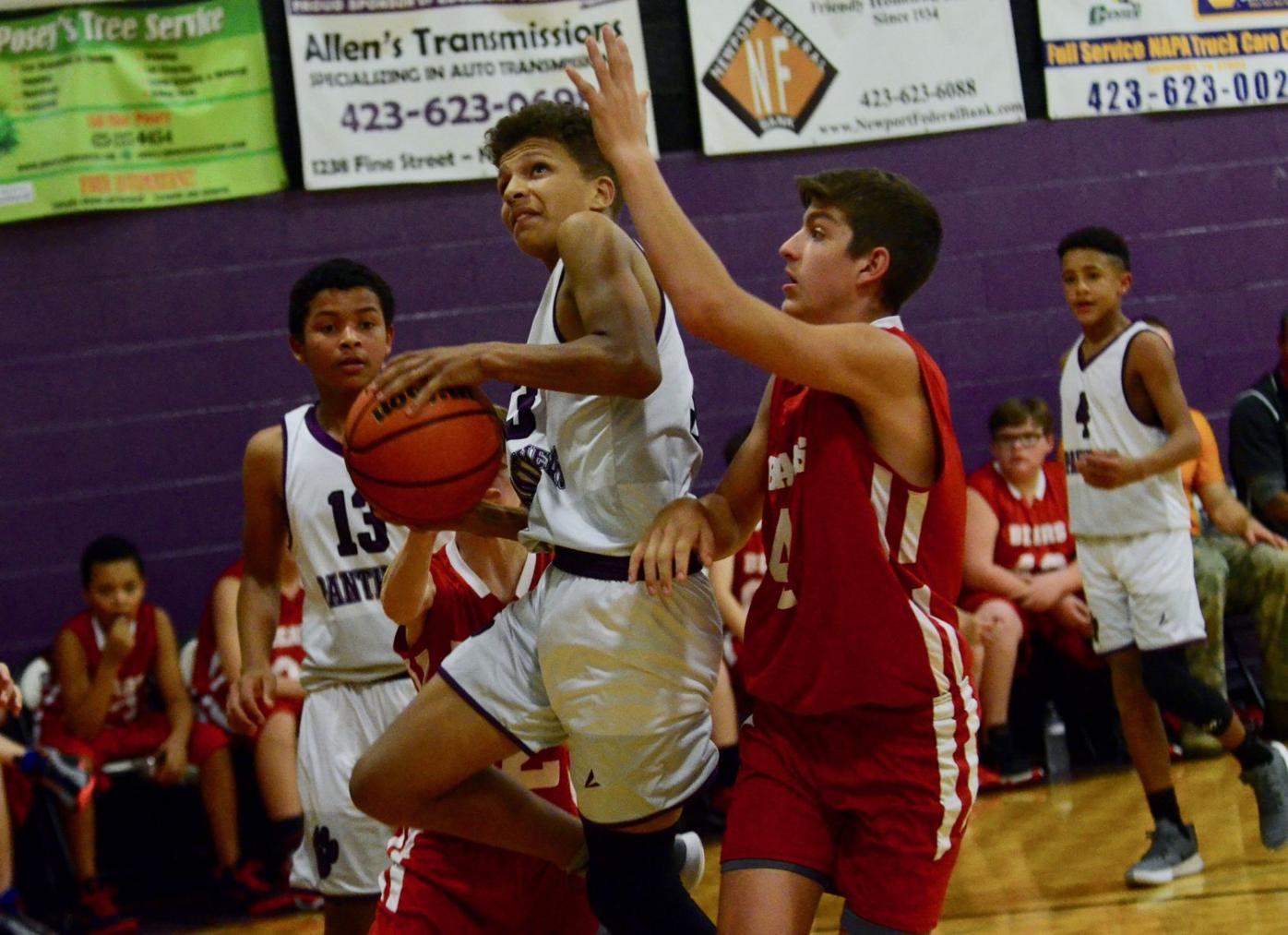 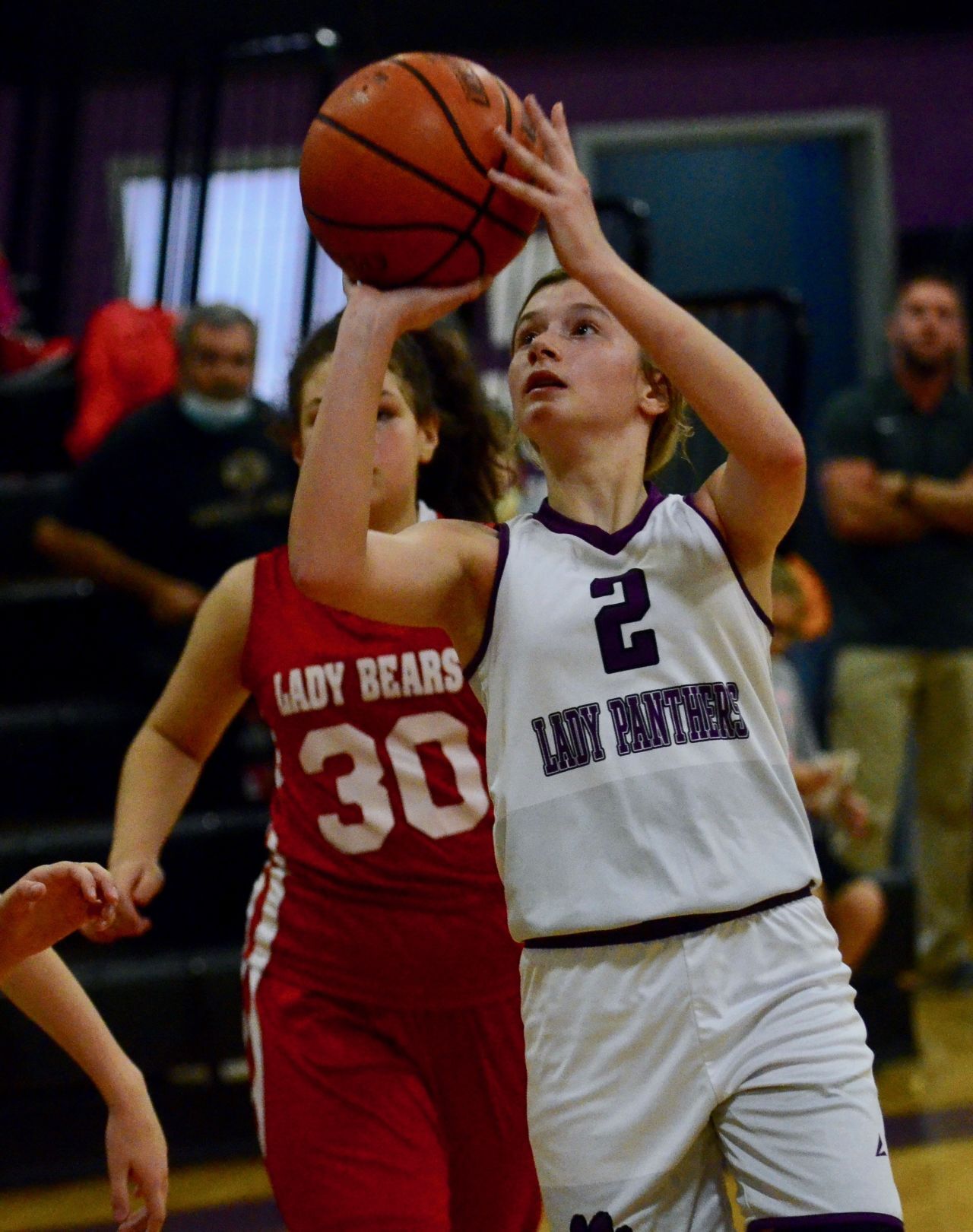 Edgemont’s Kate Watson (2) puts up a shot from inside the lane during Thursday night’s victory over Smoky Mountain. 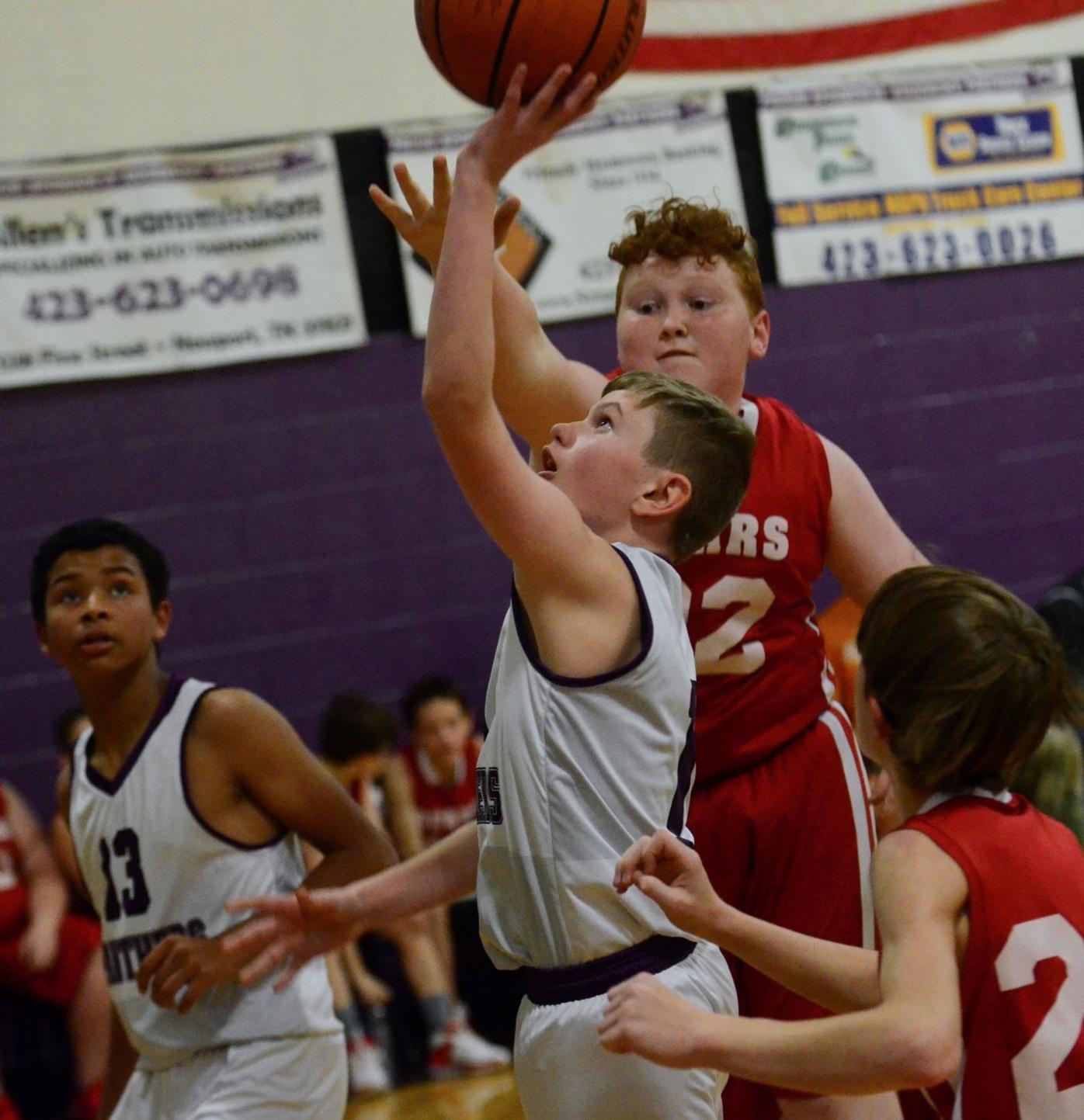 Edgemont’s Jayden Marshall (front-center) puts up a shot at the basket while defended by Smoky Mountain’s Tucker Whaley (back-center) on Thursday. 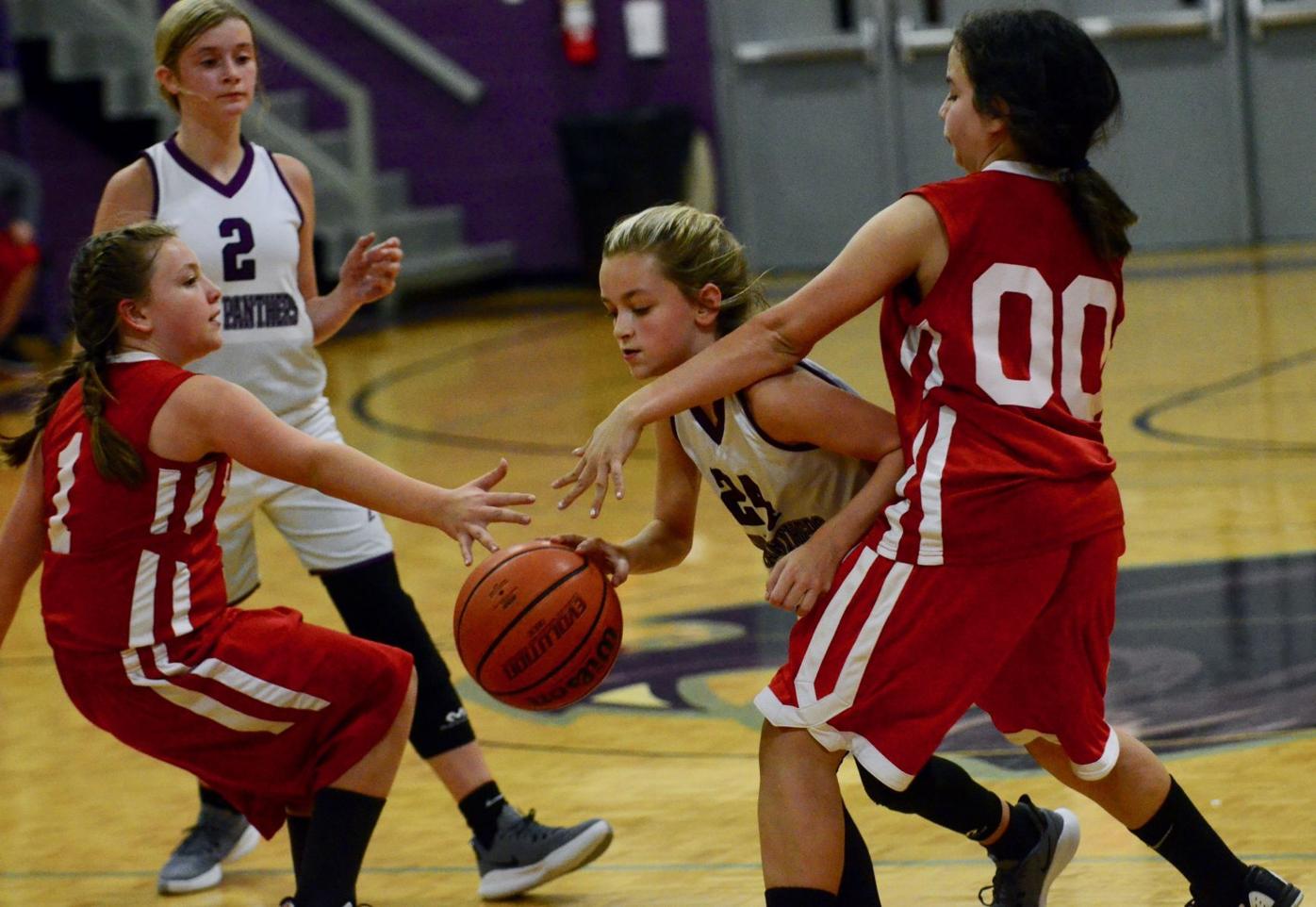 Edgemont’s Kate Watson (2) puts up a shot from inside the lane during Thursday night’s victory over Smoky Mountain.

Edgemont’s Jayden Marshall (front-center) puts up a shot at the basket while defended by Smoky Mountain’s Tucker Whaley (back-center) on Thursday.

NEWPORT—From two programs maintaining their unbeaten status, to another falling from those ranks, Thursday night’s elementary basketball slate had a little of everything.

Both Edgemont and Bridgeport were victorious in what would become a night of sweeps.

The Panthers and Lady Panthers came out victorious over Smoky Mountain, while the Rockets and Lady Rockets were triumphant in their matchups against Centerview.

Picking up their third win of the season, the Edgemont Lady Panthers continued to stake their claim as a contender for the 2020-21 title race on Thursday night.

After a slow first quarter, the Lady Panthers picked up the pace to pull away for a 29-11 victory over the Smoky Mountain Bears.

Edgemont led 3-2 after the first period despite not having a made shot from the field, but upped its offensive effort to carry a 12-4 lead into the half.

The Lady Panthers continued to expand their lead in the second half, taking a 23-10 advantage into the fourth before finishing off the 16-point win at home.

Upholding their unbeaten start to the year, the Edgemont Panthers railed past the Smoky Mountain Bears with a 46-10 win at home on Thursday.

Jerome Cofield led the Panthers with a game-high 16 points. He was joined in double figures by teammates Jarvis Scipio and Haiden McMahan. Scipio finished with 11, while McMahan added 10.

Edgemont led 15-1 at the end of the first, and carried a commanding 34-3 advantage into the half. The Panthers’ leading trio in scoring combined for 30 points at the break, as Cofield led the first-half scoring barrage with 11.

Smoky Mountain broke close to even with the Panthers in the third, but were still outscored 8-7. Edgemont led 42-10 going into the fourth before finishing off Thursday’s 36-point victory.

It’s never a bad thing to have a player break out for 20-plus points in a single game.

The Bridgeport Lady Rockets got a major boost from one of their veterans, as they knocked the Centerview Lady Falcons from the ranks of the unbeaten in a 59-26 victory on Thursay.

Bridgeport led 24-7 at the end of the opening frame, and continued the onslaught by taking a 47-14 lead into the half.

With a large lead in tow, the Lady Rockets maintained their advantage throughout the second half.

Taking a 57-20 lead into the fourth, Bridgeport closed out the final six minutes for a 33-point win to finish the week.

Using a strong start to the night, the Bridgeport Rockets held off a late charge by the Centerview Falcons for a 46-33 victory on Thursday.

With the win, the Rockets remain one of just three unbeaten teams in the boys’ standings, as the season closes in on finishing its first month.

Keagan Hall led a trio of double-digit scoring efforts for Bridgeport. Hall finished with 15 points, while Zander Ball followed with 12 and Devonte Wigfall added another 11.

Centerview’s Brady Calfee was the game’s leading scorer with 18.

The Falcons weren’t willing to go away, but could only get two points back in the third quarter. They continued to trail by a 44-20 margin going into the fourth.

Centerview worked tirelessly worked to cut even deeper into its deficit, but its efforts came too late. The Rockets were able to stabilize for a 13-point win at home to close out the week.