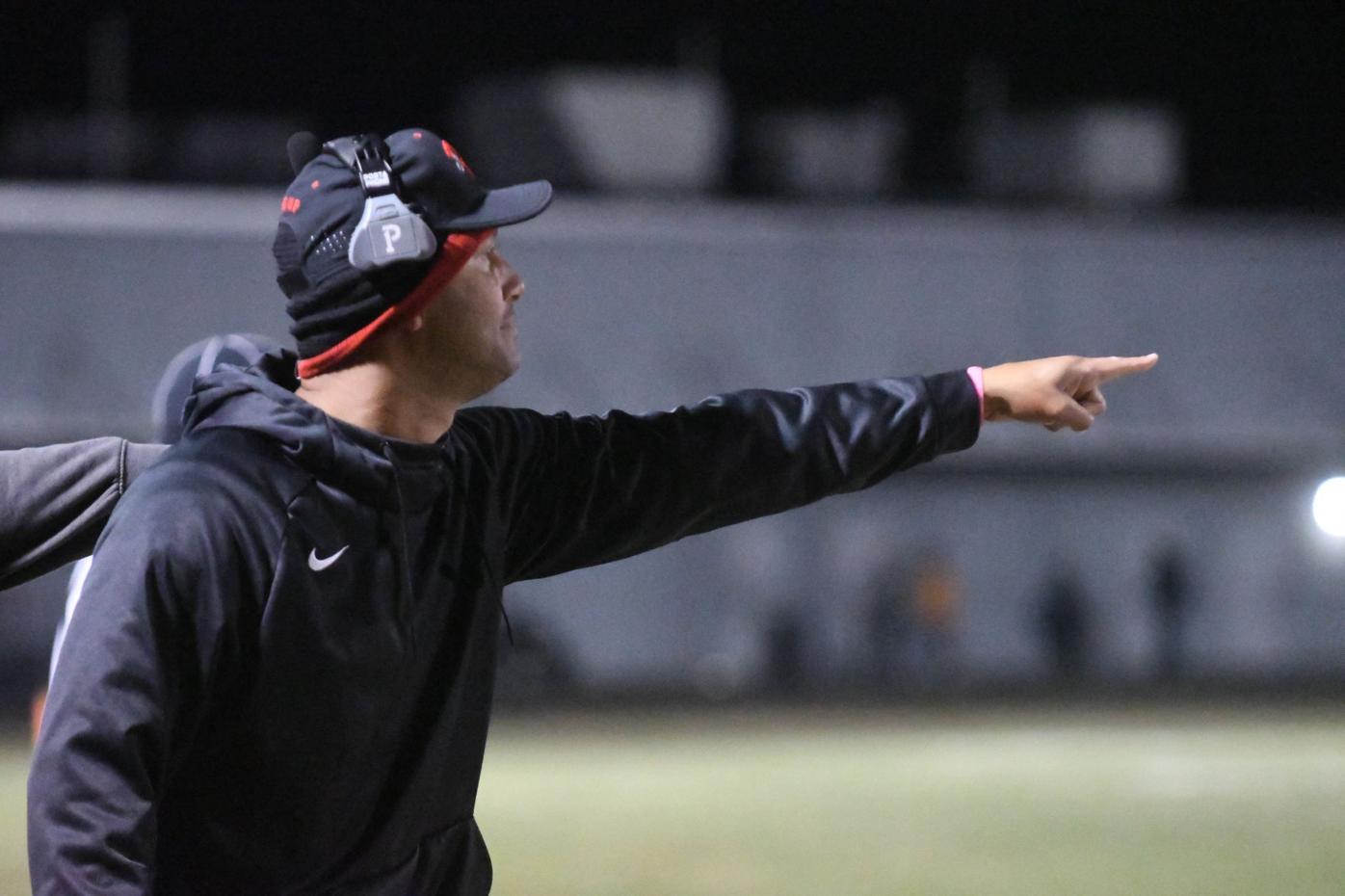 FILE — CCHS football coach Scotty Dykes signals in a play in the first half of the program’s 2019 season finale against Volunteer. 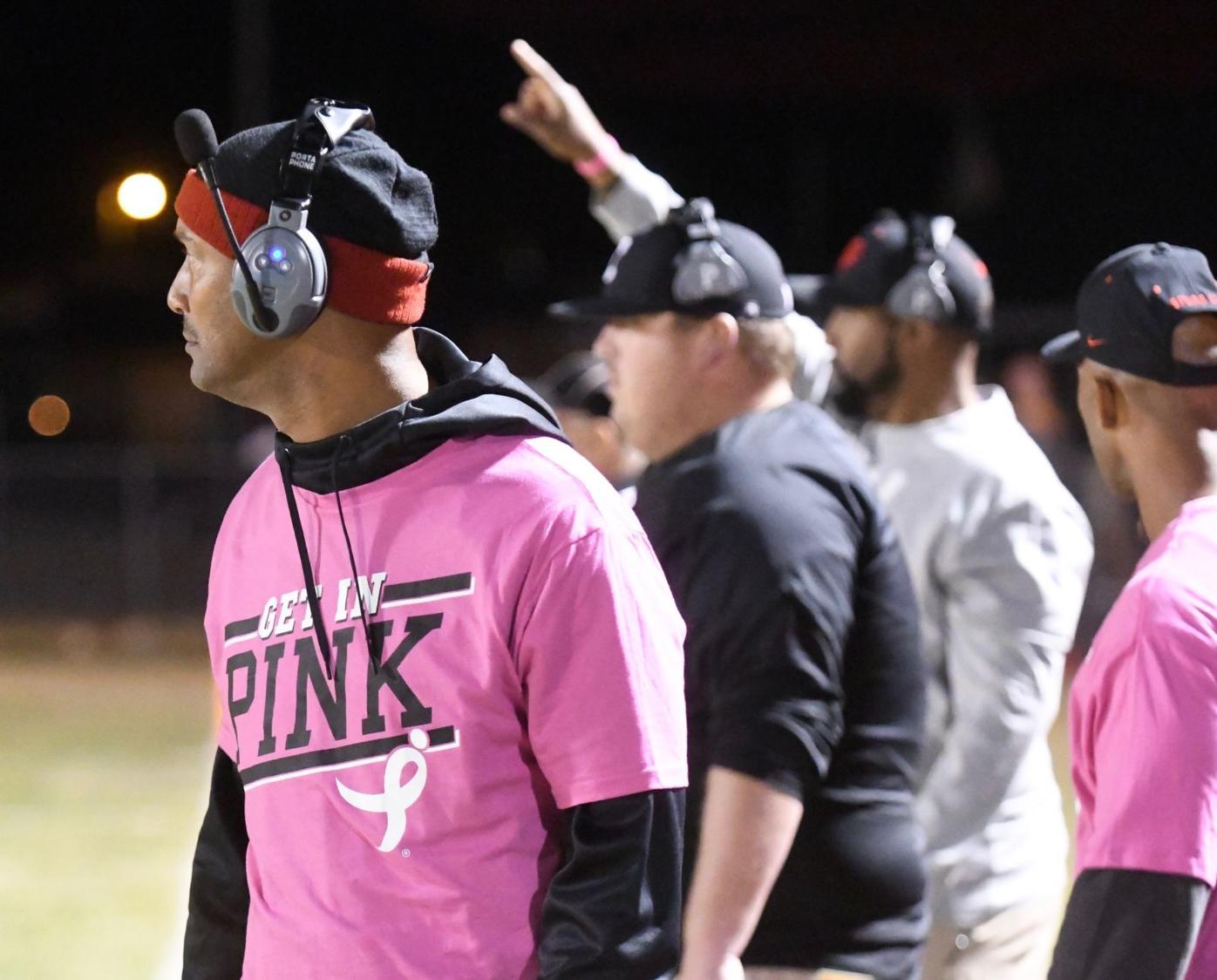 FILE — CCHS football coach Scotty Dykes signals in a play in the first half of the program’s 2019 season finale against Volunteer.

NEWPORT—Cocke County High football coach Scotty Dykes understands what some of the program’s old school rivalries mean to the community.

So, it’s no surprise to see so many of them back on the schedule for next season.

On Tuesday, the CCHS Fighting Cocks unveiled their 2021 schedule, with several familiar foes occupying spots on the slate.

Cocke County will face a non-region gauntlet of local rivals of Seymour, Cherokee, Jefferson County, Morristown West and Morristown East. Another one of the program’s old school rivals, Sevier County, finds its way back on the Fighting Cocks’ radar, as the two were placed in the same region as a result of the TSSAA’s recent reclassification and realignment cycle.

“It was real important to me to get those local, old school rivalries back on the schedule,” Dykes said. “That’s as close to the old IMAC schedule we could get. I think it’s important for the community and the fan base.

“It gives them something to get excited about, and I think it’ll add for some huge crowds and make for some exciting football.”

While Cherokee and Morristown East have each been on Cocke County’s schedule the last several seasons as a result of the three teams being lumped in Region 1-5A, they will be non-region games next year.

The Eagles and Trojans are back on Cocke County’s schedule for the first time since 2016, while the CCHS-JCHS rivalry has been defunct since 2014, a game the Fighting Cocks won 38-33.

Sevier County, a region rival for Cocke County beginning next season, will also be making its first appearance on the Big Red’s schedule since 2016.

Another aspect Dykes likes about next year’s schedule is the manner in which it plays out.

The last two seasons, all of Cocke County’s non-region games were in the books by fourth week of the season, leaving the final six games filled with the region games that would decide the team’s postseason fate.

“I didn’t like how our schedule stacked up the last two years,” Dykes said. “Both years, by the time we got to our region slate we were pretty banged up. Next year, we’ll open our region within the first three games, and will still have a pair of non-region games in the middle of the schedule. I think it’s a good balance.”

CCHS will play two non-region games to open the season before playing its first region contest in its third game of the year. The Big Red will have two more non-region games over its next three weeks, with its second region game sandwiched between them.

Finishing the year, the Fighting Cocks will have three region games occupying its final four spots on the schedule.

With the move to Region 2-5A beginning with the 2021 season, Cocke County’s league opponents will be Heritage, Knox Halls, Knox Central, West and Sevier County. Four of those teams made this year’s postseason, while three of them are still in contention going into this weekend.

“I’m looking forward to competing with some of these guys,” Dykes said. “We’ve got to get on a level where we have a belief that we can compete with some of these guys. There’s a good chance we’ll have moments in the season where we’re playing the No. 1 team in the state, but we’re not going to shy away from that challenge.”

Cocke County is scheduled to open the 2021 season on the road at Cherokee, before returning home for a three-game home stand.

That three-game slate begins with Jefferson County and ends with Seymour. Sandwiched in between, Heritage will serve as the program’s Region 2-5A opener for the season.

The Big Red’s fifth outing of the season will be on the road at Knox Halls, with a return trip home to host Morristown West. Knox Central and Morristown East follow the Trojans, with both contests coming on the road.

Cocke County’s final home game of the season will come against West, before it finishes the season on the road at Sevier County.