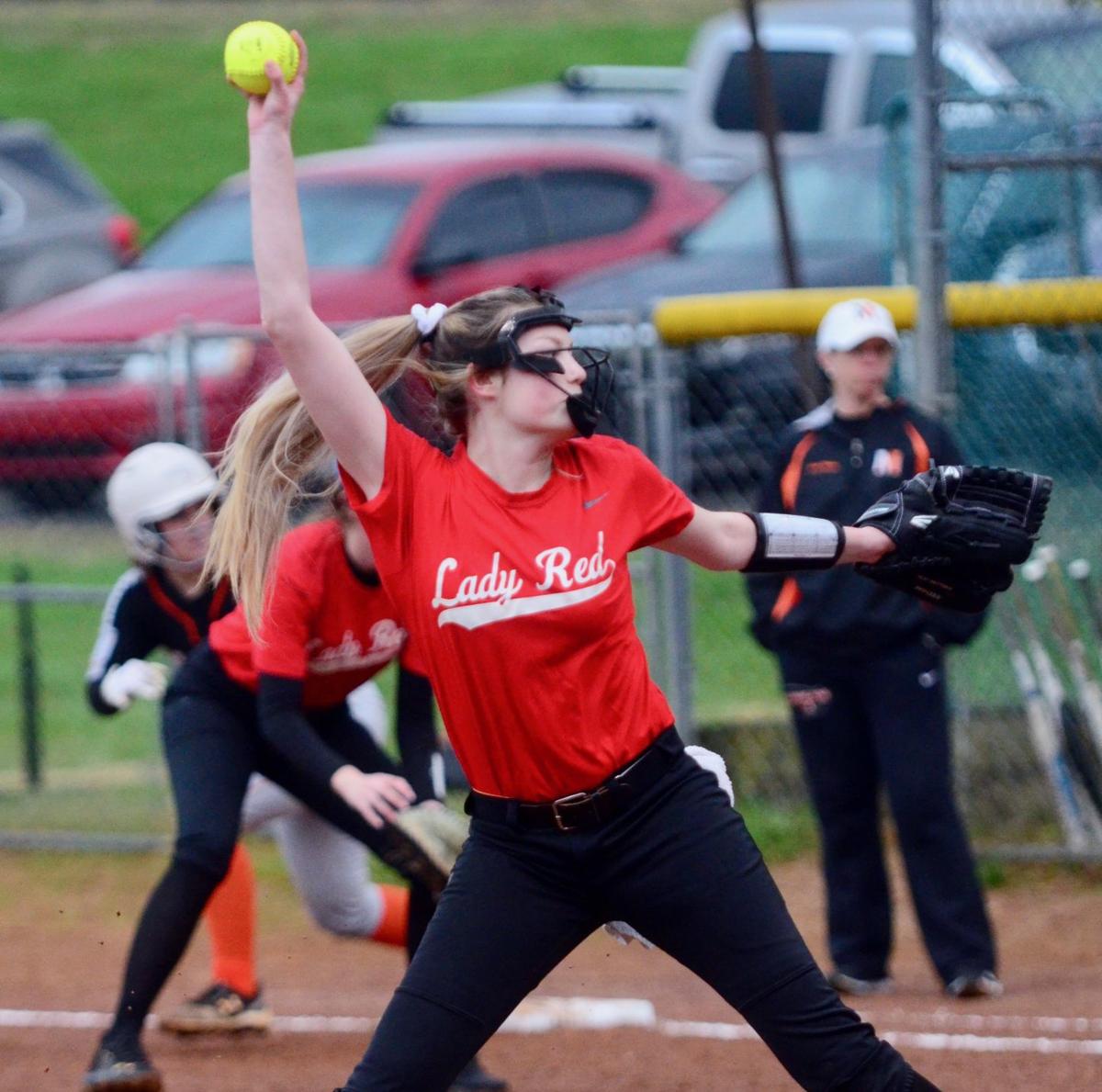 CCHS sophomore Kourtney Clevenger slings a pitch to the plate during Tuesday’s matchup against Morristown East. 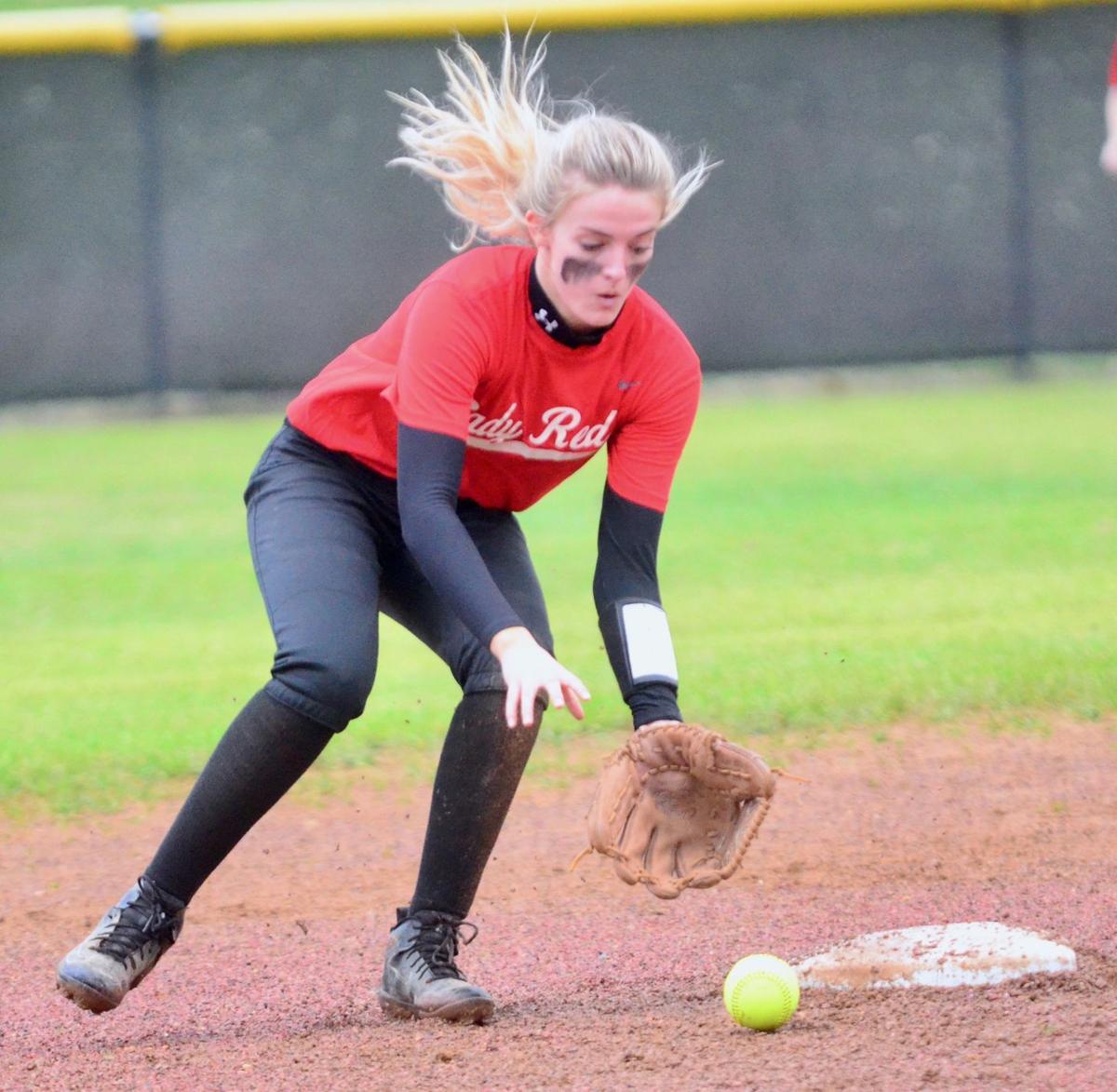 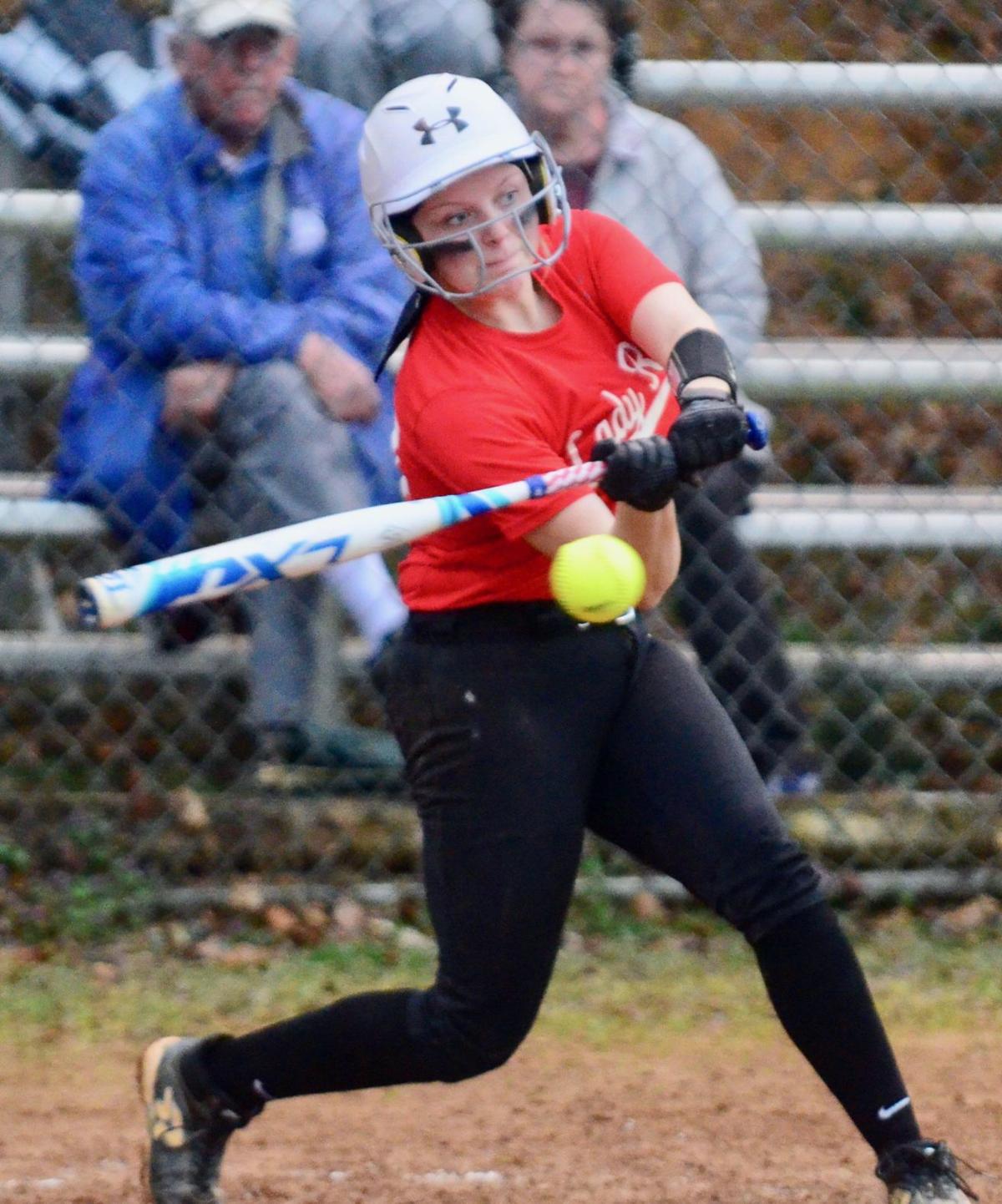 CCHS sophomore Kourtney Clevenger slings a pitch to the plate during Tuesday’s matchup against Morristown East.

Untimely mishaps and several uncharacteristic mistakes were the Lady Red’s undoing in a 14-4 defeat to District 2-AAA rival Morristown East.

“We never quit, and I was at least proud of that,” CCHS coach Nicole Chrisman said. “We were down 11 in the fifth and could’ve packed it in, got run ruled and ended the game there. Instead we got the two runs we needed to keep going.”

Errors hurt Cocke County (0-1, 0-1 District 2-AAA) in Tuesday’s loss to Morristown East (2-0, 1-0 District 2-AAA). They were the difference in turning a game that could have been neck and neck through four innings into a four-run lead that would soon hit 11 and put the game away in the fifth.

“Errors really killed us,” Chrisman said. “They put us in an early hole we could never get out of. This should have been a much tighter game early on. Instead we booted balls, threw balls around and it cost us.

“We had our opportunities to make this a better game, but errors killed us. We’re going to have to be solid on defense this year. So we’ve got to clean our mistakes up, and fast.”

A pair of bright spots in the loss were the play of Ashley Allen and Kaitlin Bible.

Allen churned out a pair of hits and rung in two RBIs, included a solo shot over center that put CCHS on the board early in the going. She gave the Lady Red a much-needed jolt at the plate throughout the night.

“Ashley has stepped up immensely over the offseason,” Chrisman said. “I know it’s only been one game, but she’s definitely stepped up into a run-producing role.

“After losing Jarica (Ensley) and Ariel (Holt) we needed someone to step up and be that big bat for us, and Ashley has certainly made her case to fill that role.”

Bible made incredible plays in the outfield after shifting to the center field position vacated by graduated senior Mallory Clevenger. Her effort helped shave a few East runs off the board in pivotal moments.

“Kaitlin had an incredible day,” Chrisman said. “She came up with some big catches I’m not sure anyone else on the field could’ve caught, and really saved us some runs throughout the night.”

Cocke County will look to brush off Tuesday’s loss with a trip to Greeneville on Thursday. First pitch is set for 4:30 p.m.

The Lady ‘Canes put a pair of runs on the board in the first. They scored off throwing errors for the first run, and Megan Russell rung in the second run with an RBI double roped into right field.

Morristown East padded its lead in the top half of the second with two more runs. Brianna Maness brought in a run with an RBI single but was tagged out when trying to get an extra base. Olivia Harris followed her with a solo shot home run banged over the center field wall to make it a 4-0 lead for East.

The Lady Red put their first run in the board in the bottom half after Allen drilled a solo shot of her own over the center field wall, but they still trailed 4-1 going to the third.

Both Cocke County and Morristown East left a pair of runners stranded in the third. The Lady Red gave up two more runs in the top of the fourth but got out of the frame with minimal damage after the Lady ‘Canes loaded the bases.

Sydney Cameron helped CCHS get a run back with an RBI single, but the Lady Red could come up with no more after leaving a pair on to close the fourth.

Morristown East turned a 6-2 lead into a double-digit advantage in the top of the fifth as things began to unravel for Cocke County.

The Lady ‘Canes juiced the bases and plated three off bases loaded walks after Tapanga Asbury rounded the bases and got across on a wild pitch. As East batted around in the frame, Asbury returned to the plate to peg a two-RBI double to make the lead a 10-run advantage.

Jessica Harris added an RBI single to make it a 13-2 advantage going to the bottom of the fifth.

Needing two runs to avoid the mercy rule, Allen and Adrianna Gentry rung in a pair of runs to get the Lady Red back within nine at 13-4. Morristown East added an extra run in the sixth before the game was called due to weather.