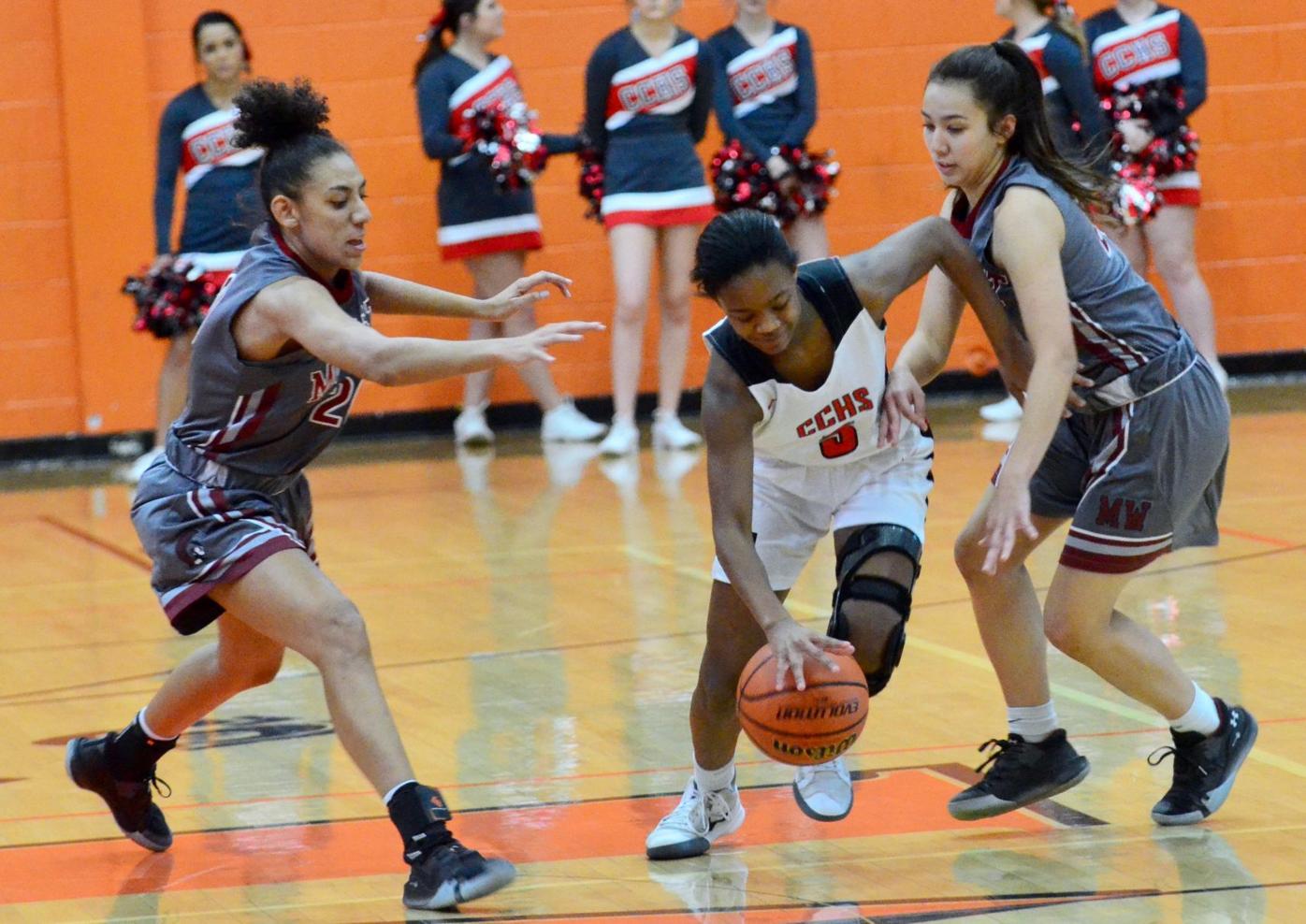 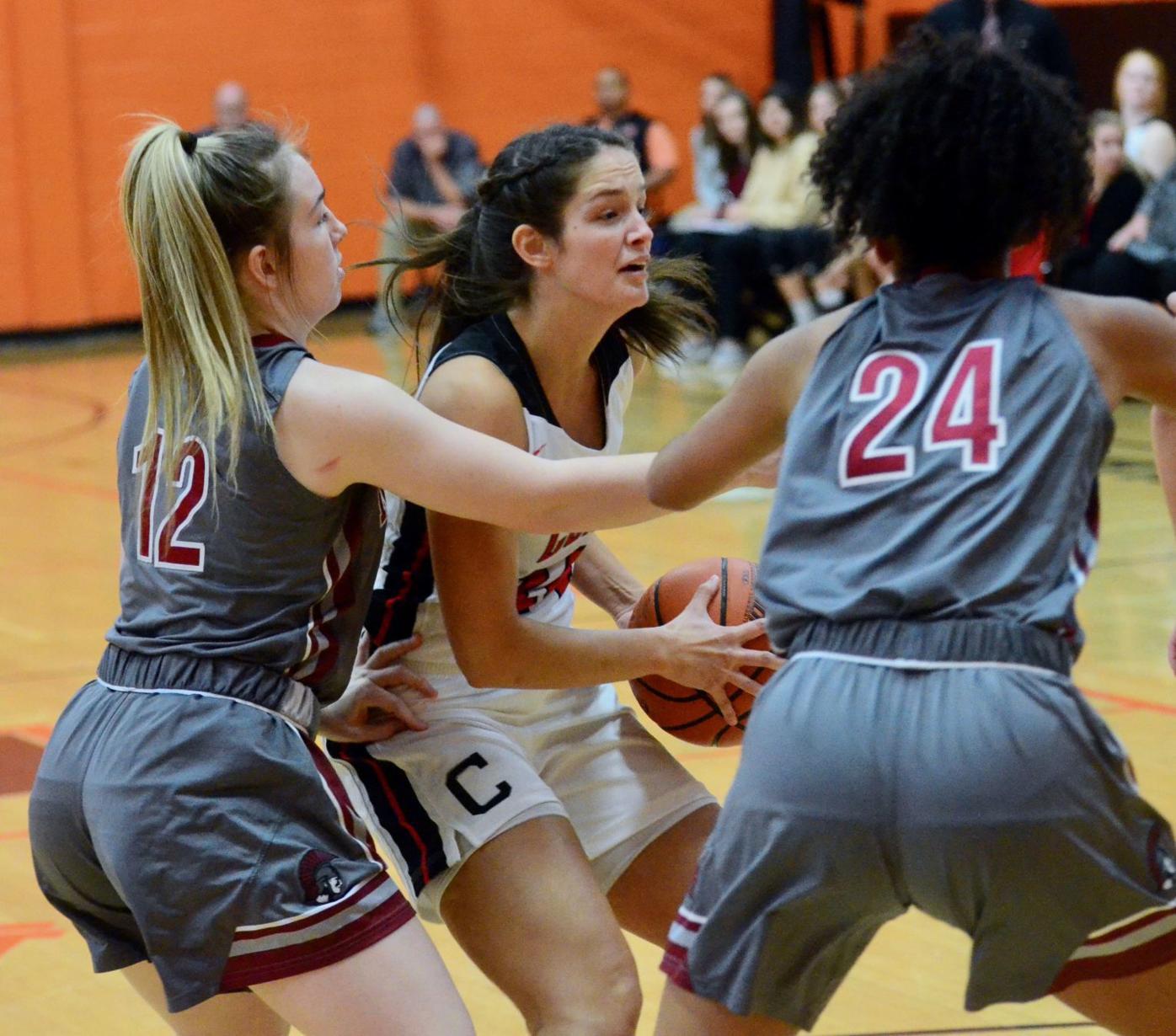 MORRISTOWN—With three minutes left in the fourth the Cocke County High Lady Red had whittled a once 10-point deficit down to one, and held Morristown West to no points for more than six minutes.

All signs pointed to an unprecedented third victory over the Lady Trojans in one season. That was until Hannah Seals stepped up.

Seals buried a 3-pointer with two minutes left to not only snap Morristown West’s scoring drought, but give it a four-point lead with time winding down. She also buried four pivotal free-throws when Cocke County was forced to foul, putting the finishing touches on a 34-30 District 2-AAA consolation game win on Saturday.

“I felt like it took us a while to get our feet under us, early on,” Lady Red coach Jeremy Byrd said. “In the second half we started to gain our bearings, and I felt we kept fighting. We did some good things in the second half, but just get over the hump to get the lead from them.”

The loss marks the fifth for Cocke County (15-13) in its last six outings. A far cry from the 10-game stretch that saw the Lady Red enjoy eight victories in the second half of the season. After Saturday’s result, CCHS will hit the road for the quarterfinal round of the Region 1-AAA tournament to take on District 1-AAA champion Science Hill.

Cocke County’s defense was in the position it needed to be throughout the afternoon in what turned into a gritty defensive battle on Saturday. The Lady Red held Morristown West (14-13) to just 12 points in the second half, seven of which didn’t come until the final two minutes of the fourth.

“I thought we played well defensively,” Byrd said. “Much better than we did (against Sevier County). We pressed and forced them into some turnovers. We made things happen and never stopped playing.”

Offensively, the Lady Red looked out of sync most of the night. Stagnant in half-court sets, most of their production came from forcing turnovers and getting out on the break.

“When you hold a team to 34 points you expect to win,” Byrd said. “We didn’t shoot the ball particularly well the entire tournament. Tonight, we had some wide open looks that just wouldn’t fall. We also had looks we passed up on.

“I’d imagine teams will look at the film from the last two games and see how the defenses we’ve played the last two game bothered us. We’re going to stay the course with our offense and try to get some things worked out. Now we have to get ready for Science Hill.”

Despite all of their woes, CCHS was in position to steal the victory late. Within one point of the lead with nearly four minutes remaining. Instead of getting over the hump, though, the Lady Red went silent when working with possession once again, which allowed the Lady Trojans to hold on for the four-point victory.

The Lady Red went scoreless through the first four minutes of Saturday’s game, as well. By then Morristown West had built a 5-0 lead. Sydney Clevenger broke the CCHS scoring drought with a 3-point make that sparked a 7-0 run to give Cocke County a 7-5 lead, but the Lady Trojans fought back to hold a 10-9 lead at the end of one.

West extended its lead to a seven-point, 19-12 advantage midway through the second, as Lovelace began to heat up from the floor. She had 10 points in the first half. The Lady Red got back to within four late in the frame, but Morristown West re-upped its advantage to take a 22-15 lead into the half.

A Lovelace make from 3-point range immediately pushed the Morristown West lead to 10 to start the second half. Cocke County worked the deficit back down to five after a long 3-pointer from Clevenger, but trailed 27-21 going into the fourth.

Coming out of the break the Lady Red shifted to their full-court press defense which paid dividends in the first two minutes of the fourth.

Cocke County benefitted off a pair of turnovers with easy layups in transition to cut Morristown West’s lead down to two with 6:08 remaining, but could never come up with the scores needed to overtake the Lady Trojans.

West led 30-26 with two minutes remaining after Seals’ crucial 3-pointer. Cocke County got back within two in the final minute but could draw no closer. Seals sunk four free-throws down the stretch to preserve Saturday’s District 2-AAA consolation win, and lock up third place in the league.