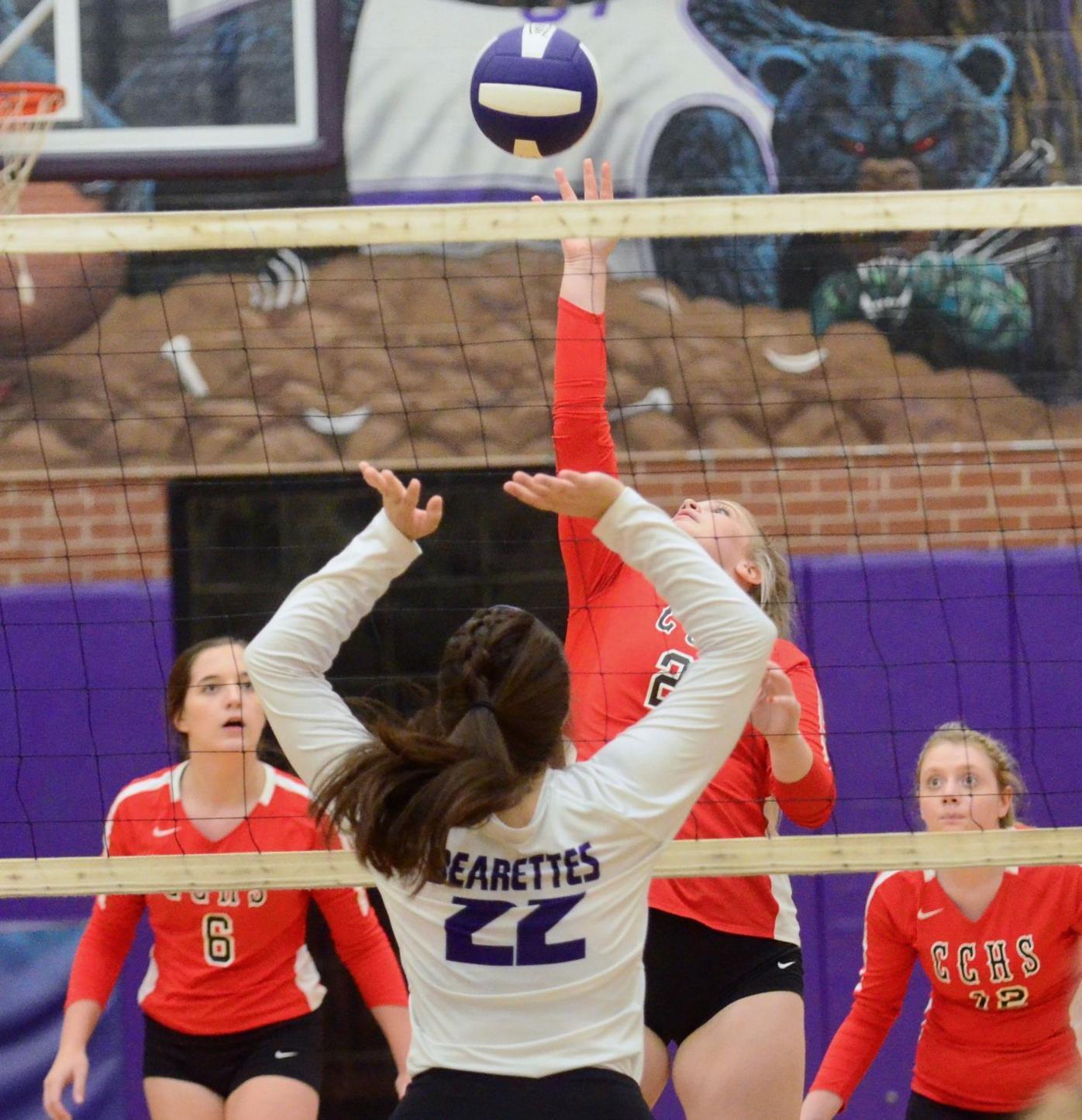 FILE — Lady Red senior Abigail Kirk tips the ball over the net during a matchup at Sevier County on Monday. 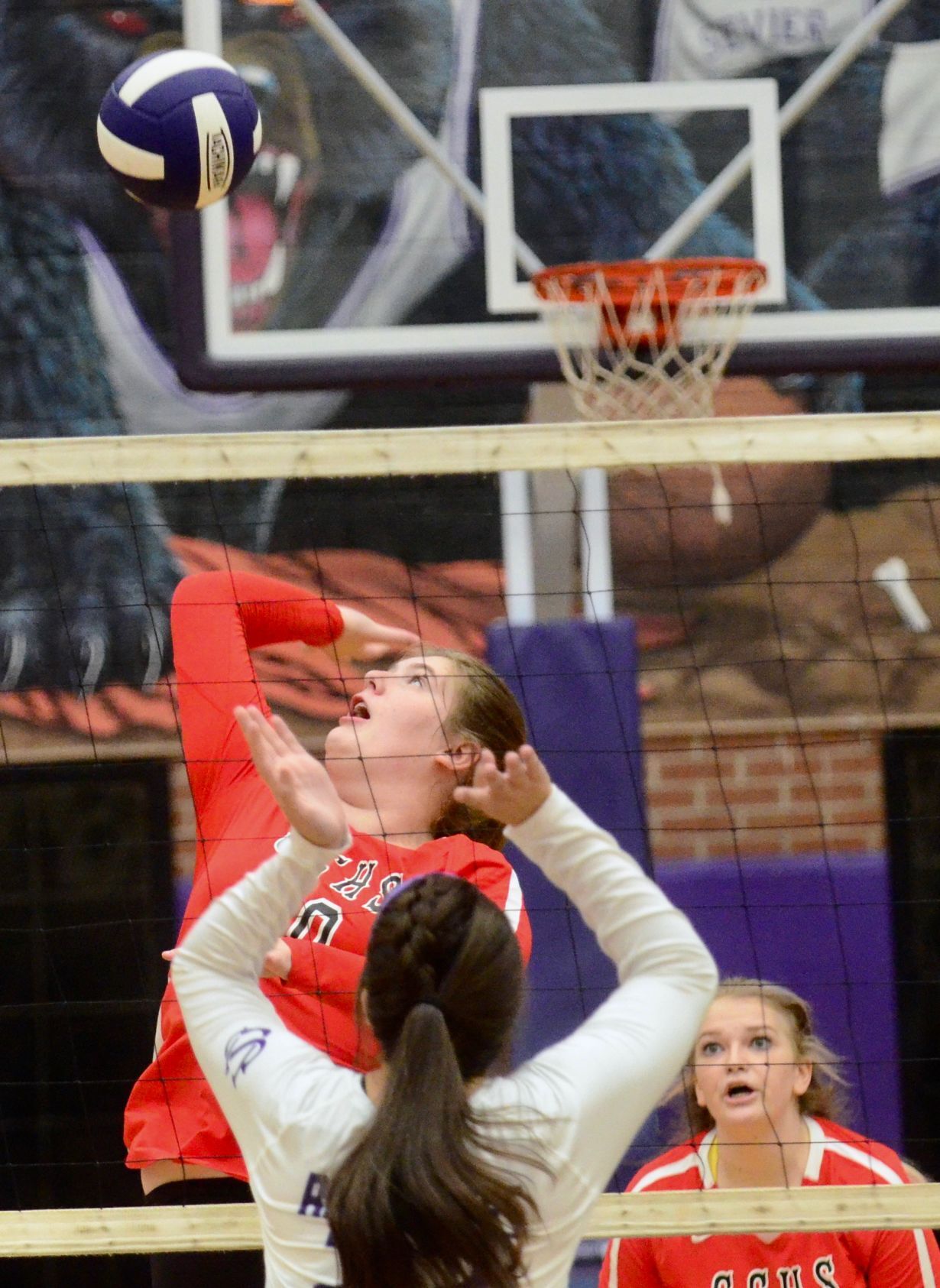 FILE — CCHS senior Sarah Conard gets set to spike the ball over the net during a matchup at Sevier County on Monday.

FILE — Lady Red senior Abigail Kirk tips the ball over the net during a matchup at Sevier County on Monday.

FILE — CCHS senior Sarah Conard gets set to spike the ball over the net during a matchup at Sevier County on Monday.

In his first year, CCHS volleyball coach Jamie Messer and the Lady Red have exceeded expectations.

After a successful venture in Sevier County on Monday, they followed that win up with another district win on Tuesday, completing the season sweep of Cherokee with a 3-0 win in straight sets (25-18, 25-14, 25-16).

“I had high hopes. The girls have taken well to my direction and have formed a strong bond. With me being new, I didn’t know what the outcome this year would be but I believe they have exceeded any expectations.”

The Lady Red (11-4), after securing the win Monday night against the Sevier County Bearettes, began Tuesday's match a bit tedious.

Despite the loss, Cherokee’s Cassie Cooper captained the Lady Chiefs with eight kills of her own.

“I told our defense that we’ve been doing better and better each game on the defensive side.” Messer said. “They got on a run and had a bit of excitement, you just have to play your game and believe in yourself.”

Cooper and her teammate, Makenna Bledsoe, controlled the net in the first set keeping Cocke County on their heels.

“We were down in the first set but the girls remained calm and continued to fight.” Messer added.

Despite being down early in the first set, the Lady Red continued to claw their way back into the lead to take the first set 25-18.

The second set, much like the first, showed both teams swapping the lead back and forth.

Cocke County found itself down 6-4 until Williams and Abigail Kirk dominated around the net to help the Lady Red gain momentum and score three consecutive points to regain the lead.

Annie Wardroup led her team in the second set with two kills and an ace to help the Lady Red go on a 7-0 run before Cherokee’s Cooper ended the run with two of her eight kills in the match.

The Lady Red shutout Cherokee late in the second set to give themselves a 2-0 advantage, and looking to complete the sweep.

Cherokee was down but not out as they traded the lead with Cocke County five times before Williams added an ace to extend the lead to 9-4.

Cooper and the Lady Chiefs fought back from being down 14-7 to score seven unanswered points.

Sarah Conard and Williams both made their presence felt around the net only allowing the Chiefs to score two times in the end of the third and final set.

The Lady Red completed the 3-0 sweep over the Lady Chiefs with a 25-16 triumph in the final set.

Cocke County will look to pass the 12-win mark, and solidify itself a top-three finish as they head to Morristown West Thursday night to take on the Lady Trojans.