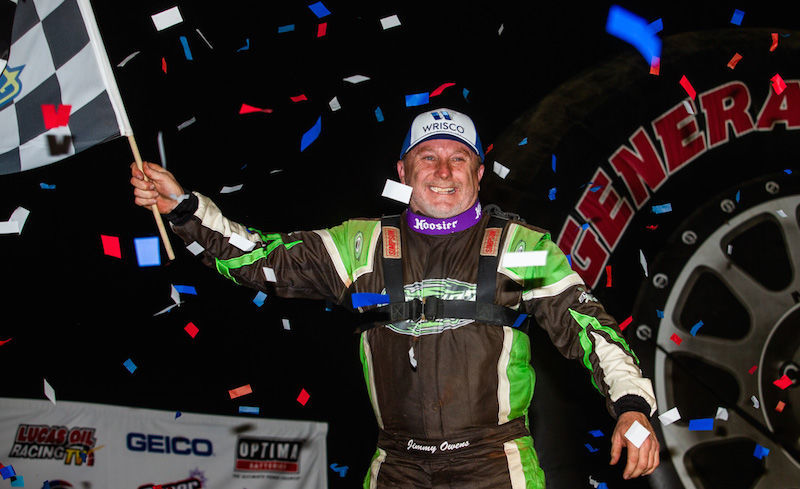 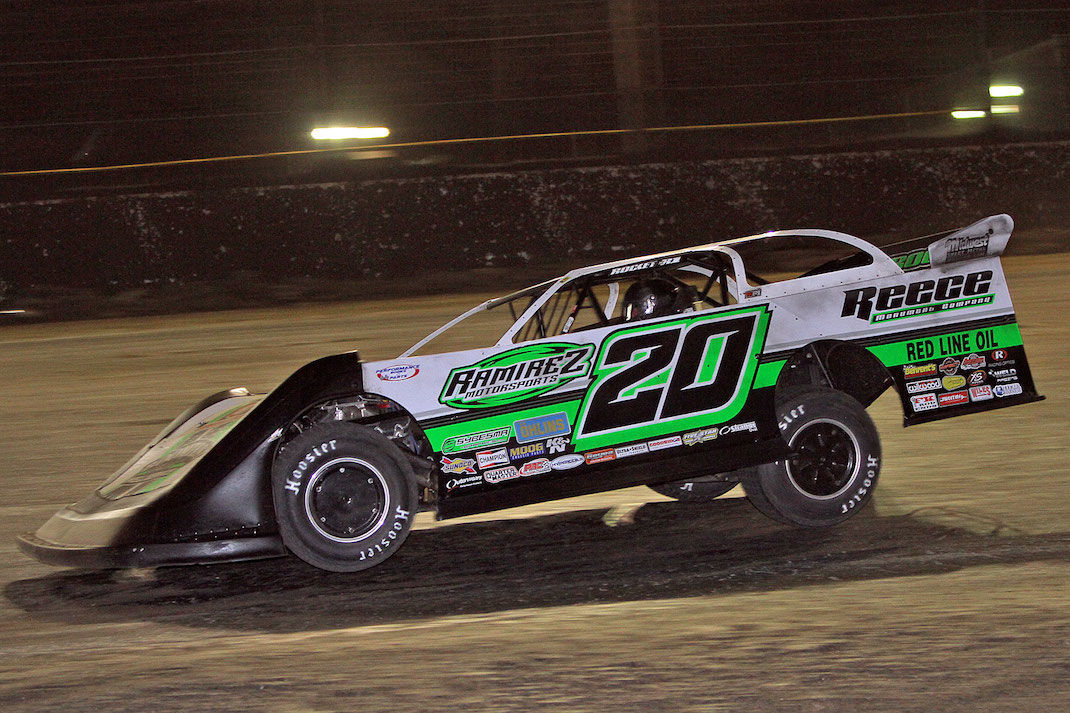 WAYNESVILLE, Ga.—Jimmy Owens picked up his first Lucas Oil Late Model Dirt Series win of 2020 on Tuesday Night at Golden Isles Speedway. The series returned to the race track for the first time since the Georgia-Florida Speedweeks back in February, 100 days ago.

The 40-lap main event had three different race leaders, Owens, Brandon Overton, and Josh Richards. Owens took the lead from Overton on lap 32 and then pulled away for his 65th career Lucas Oil Late Model Dirt Series win. Mason Zeigler got by Overton on the final lap to finish second. Overton was third followed by Richards and Devin Moran.

Overton was looking for a clean sweep of the night after setting the overall fast time amongst the 43 entrants on hand, then ran away to a heat race win, earning the outside front-row starting position alongside Richards in the process. Overton led the pack for the first eight laps of the race until Richards took the lead on lap 9.

A lap later Overton regained the top spot. One of the cars on the move was Tim McCreadie. McCreadie, who won the first race of the season at Golden Isles back in February, climbed to second after a terrific side-by-side battle with Richards for several laps.

McCreadie finally cleared Richards by lap 23 and had his sights set on race leader, Overton. As McCreadie was battling 3-wide in traffic for the lead, he and a lap-car got together, with McCreadie suffering a cut right-rear tire, forcing the caution and him into the pits to change the tire.

When the race resumed Overton still held the point in the Wells Motorsports/Longhorn. Owens began his assault on the leaders and started to flex his muscles. He quickly moved to second around Richards on lap 28 and then with 9 laps remaining he was able to take the lead from Overton.

Overton fought back as the two drivers went door-to-door for the race lead. Owens was finally able to shake Overton and go on to become the sixth different winner in the nine events contested so far in 2020. In his last seven starts overall this season Owens has won six of those races.

“The car was a little bit freer than I wanted it to be,” Owens said. “It had a push, so I had to rotate it a lot through the center of the turns a lot more than I wanted to. We made a couple of changes right before the feature and I felt like it really messed us up, but the car is still really, really good right now.”

Zeigler picked up one of the most exciting wins back in February at East Bay, and came from ninth to pick up the runner-up spot in the JLE Industries/Rocket.

“I really needed the top on that restart,” Zeigler said. “Those two guys [Owens and Overton], went to slide them both, but they both went to the middle. Rubbing is racing sometimes. The car was good, I wish we could have started closer to the front and we are aiming for that tomorrow.”

Overton led the most laps during the race and held on for third in the end.

“In the middle of the race I got into a lapped car and it never drove the same after that, it got really, really tight,” Overton said. “All-in-all it has been so good all night and I didn’t want to touch much. These guys are the best in the business, Jimmy’s been really hot so congratulations to him.”